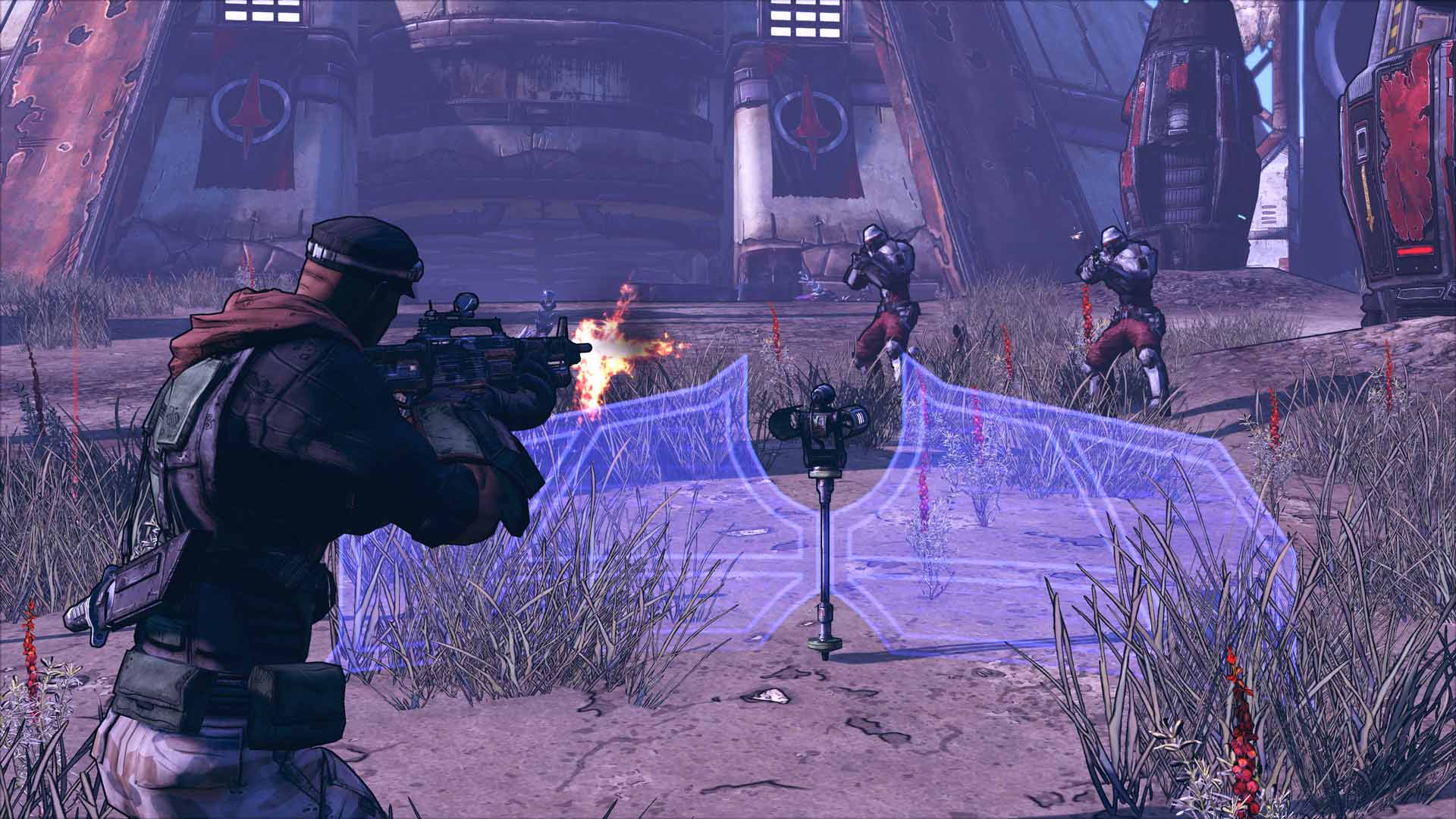 Borderlands: Game Of The Year Edition has been well and truly overhauled with visual upgrades, new weapons, new features and all 4 add-on packs in one nice little (big) package. Having played and loved Borderlands all those years ago, I was excited to revisit Pandora and ultimately, the lives of those trusty Vault Hunters.

Upon selecting my character, Lilith – The Siren, just like I did back in 2009, my adventure in Pandora begins once more. I see Claptrap for the first time and all the memories of this game come flooding back to me. For those who have never played Borderlands before, what are you doing? Play it, now! Borderlands is a first-person looter-shooter that is known for its hilarious story-telling and quirky characters, oh and also its bazillions of guns to loot. Sounds good, right? Now, go play it.

The story is pretty simple, you play as one of 4 Vault Hunters on the hunt for a fabled Vault filled with masses of glorious loot. Obviously, it’s not going to be as easy as it sounds because 1. you have no idea where said Vault is, 2. you have no idea if this Vault definitely exists and 3. you’re not the only one looking for it. There are also hundreds of crazy side quests to partake in along the way, so you will never be bored in this Mad World. 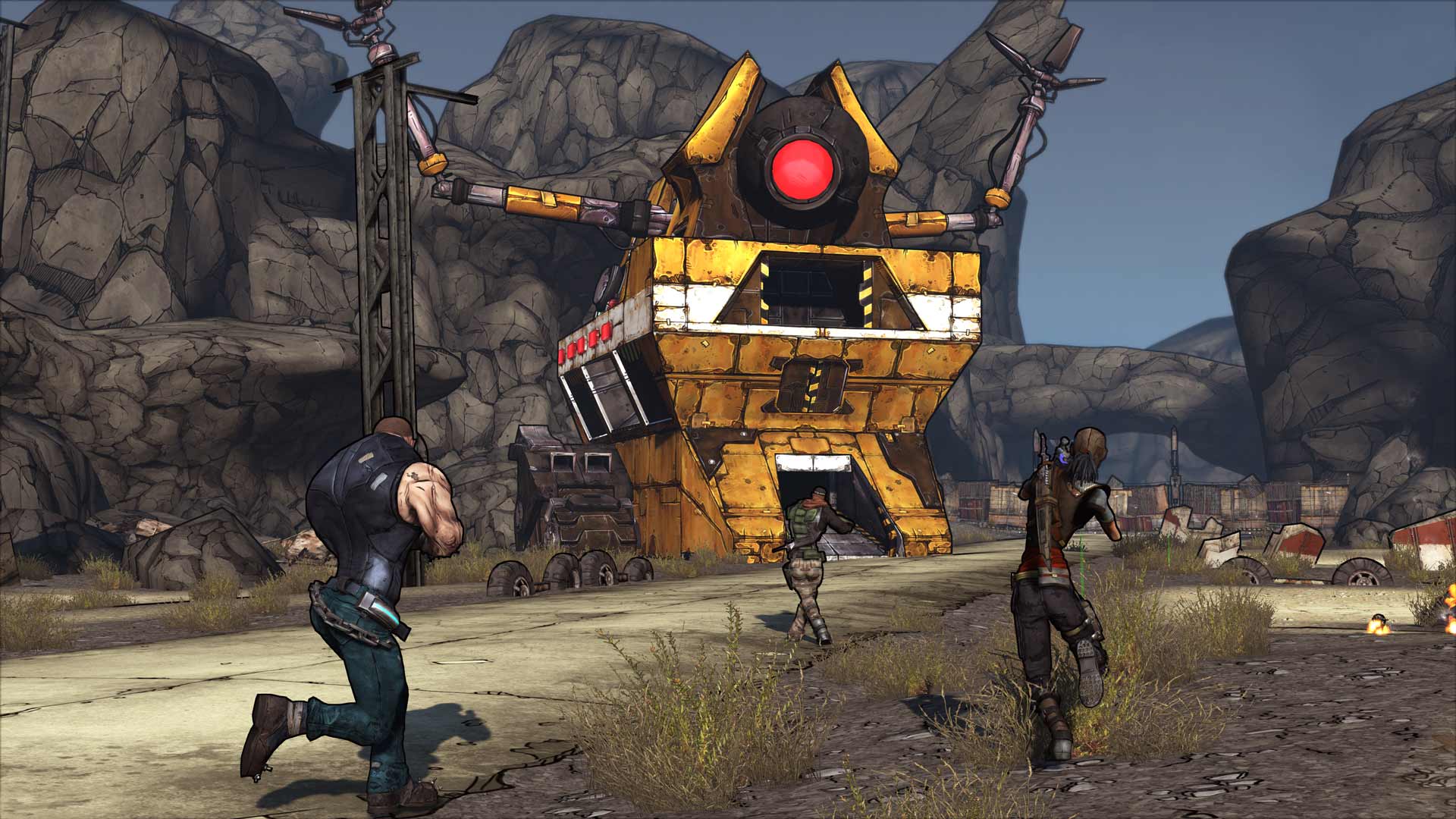 The gameplay is just as good as I remember; everything runs smoothly and it’s still incredibly fun. Especially with a friend or three. Oh, about these new features! You can now play Borderlands: Game Of The Year Edition with 4 player, split-screen co-op. How awesome is that? Now I just need to find some friends… Other new features include the addition of Golden Chests and also the ability to change the look of your character, just like in Borderlands 2. There are still many cool features that were in the original game and one of those is the way the difficulty changes based on the number of players you have with you. So if you’re playing the game on your own, the enemies will be much easier than if you have three other people with you. It balances it out. Being a looter-shooter, obviously looting is a massive part of the Borderlands experience. So, if you’re anything like me, you will be constantly running from corner to corner opening crates hoping to find money or guns, and 9 times out of 10, you will. The loot is everywhere so prepare to change your guns every 5 minutes. But it’s not just guns, oh no. There’s a whole host of equipment to well, equip… Shields, grenades, and relics being of the most importance. You can also gain skill points by leveling your character up. Skill points give your character different abilities depending on what you put your points into. All of them as helpful as each other. So, you have complete control over the development of your chosen character. I did encounter one or two issues with matchmaking but other than that I encountered no other glitches.

The aspect of Borderlands that had originally captured my attention was the art-style and it still captures me to this day. Some say that is hasn’t aged well, I disagree. I think it looks as great as ever and the visual enhancements really make it feel like a current game. Don’t get me wrong, it is still almost a 10-year-old game, but for its time it looked amazing and I still think it looks great today. Certain textures can look jaggedy but look past that and you have a beautiful game bursting with color. 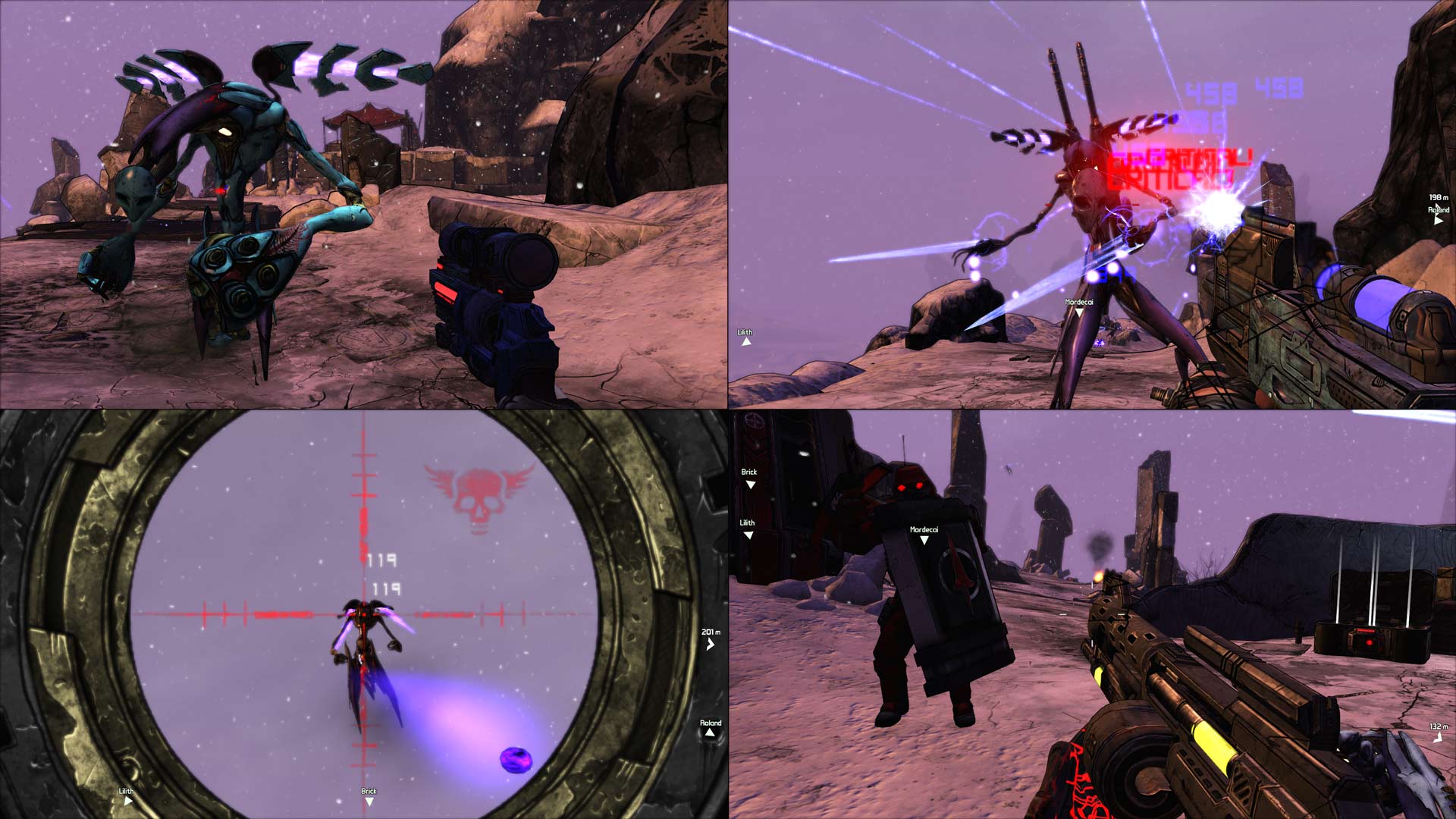 The soundtrack to Borderlands is one that is completely unique and one that you will remember. Nothing will ever beat that intro with Cage The Elephant’s ‘Aint No Rest For The Wicked’. That will always be up there with one of my top intros in games.  On top of that, the music whilst actually playing the game is extremely intense but at certain times, completely relaxing. The sounds change based on the situation you are in and I like that. Whether you are in an intense boss battle or just wandering around the Arid Badlands, there’s a different song.

Overall, Borderlands: Game Of The Year Edition didn’t disappoint me in the slightest. I had just as much fun with it now as I did almost 10 years ago. It’s perfect for newcomers to the series or veteran players like myself. The 4 player co-op is hilariously manic and exciting in or out of the split screen and with all 4 DLC packs included too, there are hundreds of hours of gameplay for you to dive into. This is absolutely the best way to play Borderlands and a perfect start for those wanting to fill that gap before Borderlands 3. It’s packed full of looting, shooting, and an annoyingly cute robot. What’s not to love?

The original Borderlands was released on the Xbox 360 and Playstation 3 way back in 2009. Now, almost 10 years later, the famous looter-shooter that stole our hearts is back. But is it as good as what we remember?