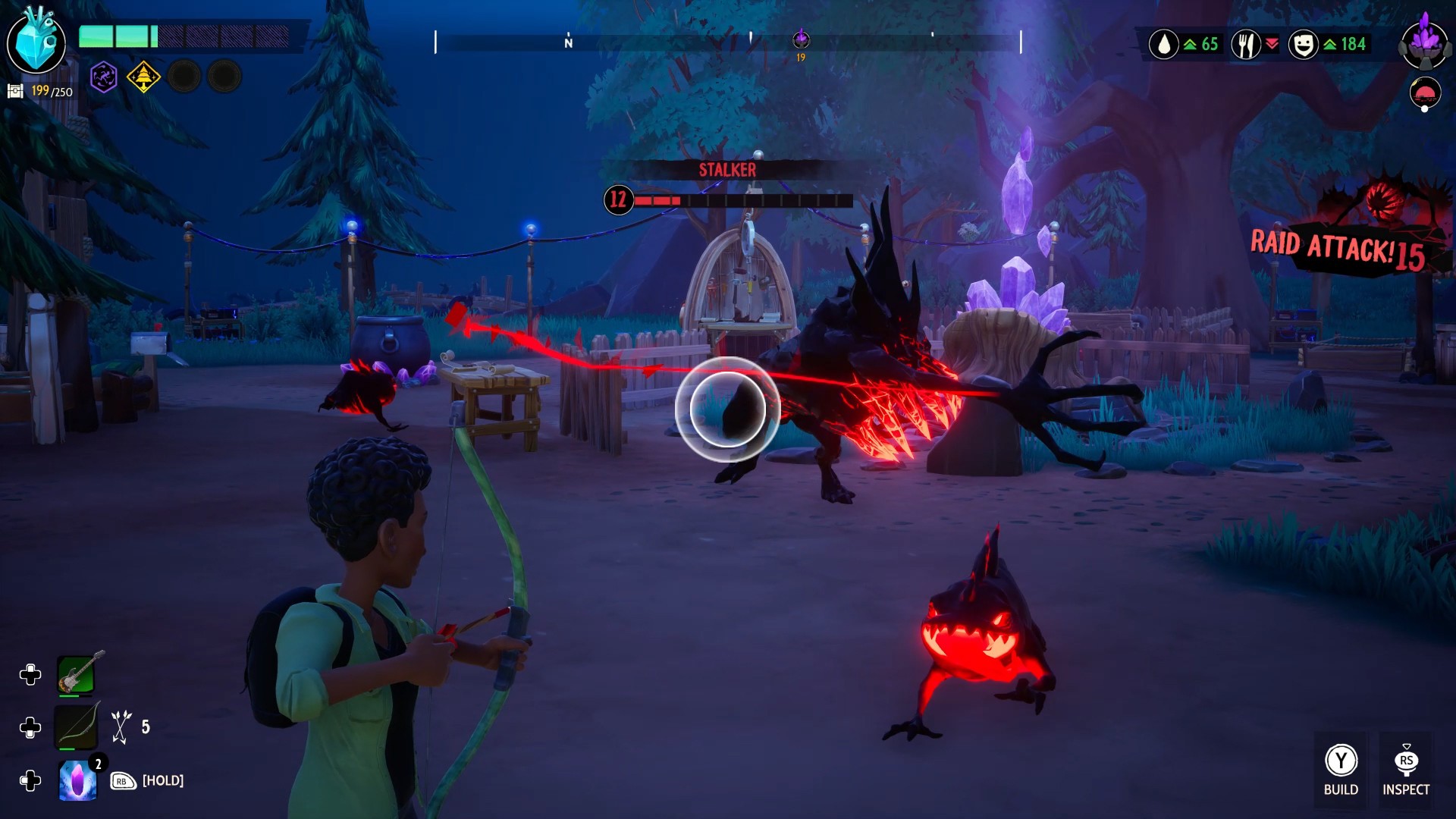 I know what you’re thinking, “If only I could live in a world where I can help protect and build a vegetable people’s village.” I’m sure that it’s the dream for a number of people! How about then adding in some additional ingredients, such as exploration, and clearing the world of infection from the evil “Ferals.” This is exactly what developers The Molasses Flood has done in their latest creation Drake Hollow. Currently in its Beta phase, this exploratory village-building adventure title asks you to control a single protagonist who must find hibernating drakes, and return them to their village. While you explore the world you must use waypoints and special crystals to break through the toxic mist, search each of the islands, collect the resources, and battle any enemies that you encounter.

Set in a third-person perspective, you must work solo, or with a group of friends to collect any resources that you discover, and complete the quests as they pop up, most importantly you must protect your village of vegetable-like drakes. They are simple creatures, and their needs are easy to fulfill, ultimately all they want is; Food, water, games, sleep, and protection. The title has an air of Fortnite about it, from its art style to the weapons that can be found on your journey. If you happen to not be a fan of the Battle Royal game, don’t worry, that is where the similarities end. You are asked to travel from region to region, as you move forward you take all drakes that have been awoken, and their village with you. The world is dynamically generated, and each island is populated based on the season that you are currently in, this constantly changing approach helped to keep the action fresh, and the game from getting boring.

The Hollow is a dark and blighted land, moving around it is an extremely difficult task. The “Ferals” only aim in life is to attack anything in sight, once you have destroyed them, then your next hurdle to overcome is the mist of doom. If you walk through this without an Aether Ward crystal, then the fog will consume you, and you will perish. As you progress you are able to create a large crystal on a post which is known as a waypoint. Connect all your waypoints together, and you have yourself a transport network that allows you to grind from island to island out of the reach of all the beasts of The Hollow. As your network expands, you will be tempted to spend more and more time away from the defenceless drake’s village. This leaves them open to being raided, dying of thirst, starvation, or boredom. You must balance your time perfectly, you don’t want to be at one end of the region when your attention is needed at the other. Grinding is great fun, but it’s a time-consuming task, and you could find that you are too late to save the villagers’ lives. 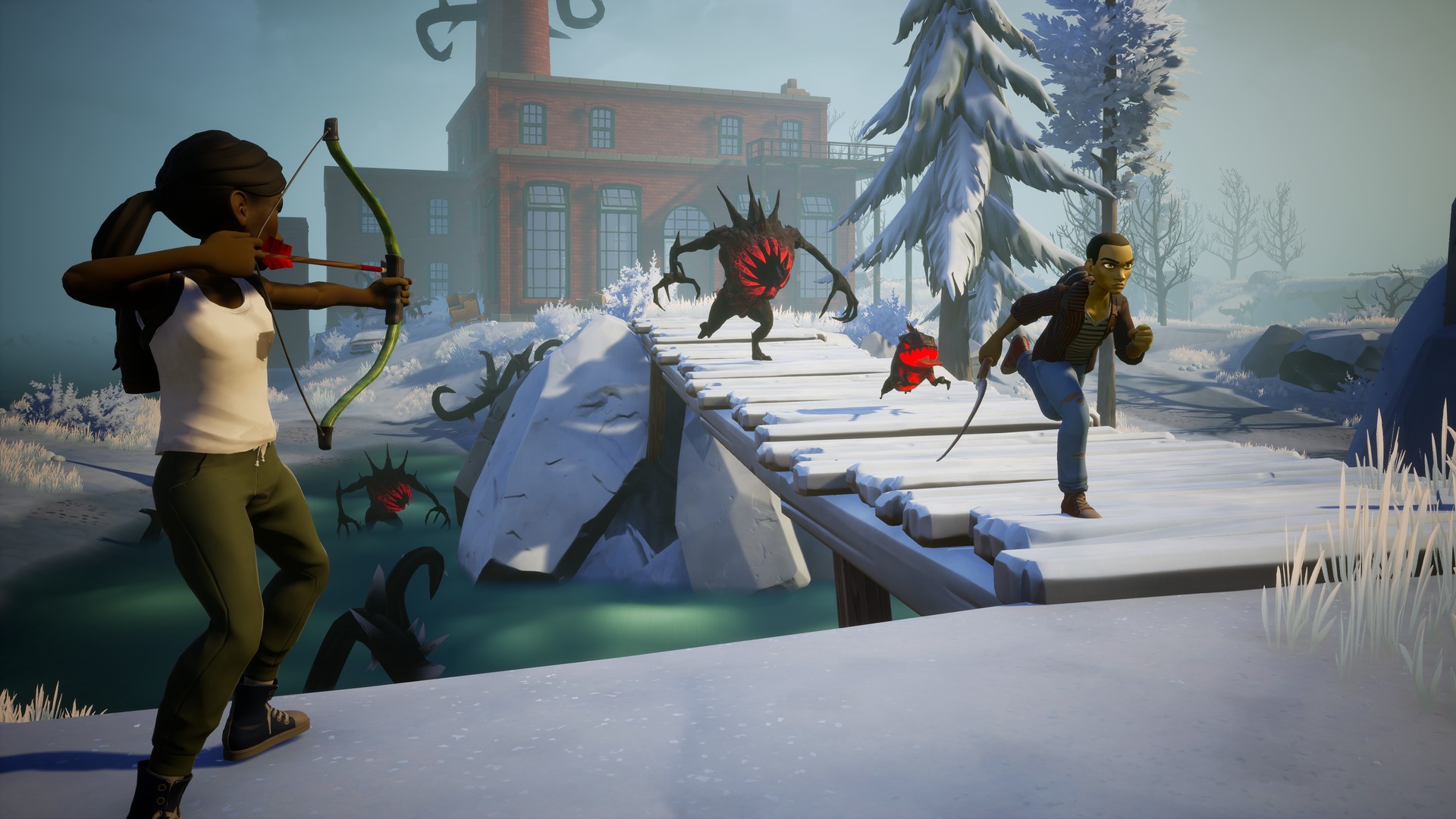 All resources that are found can be used to create new items, from; base improvements, healing items, ammo, food, and more. There are no specific loot drops from any of the “Ferals” that you come across, so killing everything in sight is advised. You will discover a selection of coloured crystals on your adventures, these are fed to each specific drake, once they have consumed 5, they will age. This will increase the power of their special ability, and will also help to raise the XP level of the village, as you move up the ranks more items will become available, and you will be able to place down more structures. This will vastly improve the lives of the villagers, creating defences that will mow down any raiding creatures, and electric that is required for advanced technology.

Playing solo is a blast, you have the freedom to control how far you push yourself, you can spend as much time as you want in each area that you discover, and the only thing you have to worry about is the little vegetable people. This made me a little dubious about trying the online mode, I was worried that the joining players would have to be tethered to myself, that it would be restrictive, and not fun at all. What I found was the opposite, having additional players made it much easier. I only played with one additional gamer, but we made progress at a much faster rate, collecting resources, and extending the limits of the transport network was exponentially quicker. If you are a bit of a control freak, then you may not be happy that you have no way to prevent additional gamers from exploring the whole of each region, it didn’t bother me, and I believe that any restrictions would ultimately ruin this mode. If you happen to be concerned, then just invite friends who you know won’t destroy your world.

For all the interesting game mechanics that are available, I found myself looking for more. Once I had explored a handful of islands, cleared the infection found in each area, and smashed the “Ferals” repeatedly, I found myself playing just to see what would happen, rather than losing myself in the gameplay. The idea of levelling up your village to gain more advanced technology is great. But, it takes so long to get to the interesting items, that I fear a number of players will have switched off long before that moment. The constant requirement to travel back to the village was tiresome, and something that I think needs to be balanced much better once the game is out of its Beta stage. The raids never challenged me and acted as a guaranteed loot drop. You may be thinking, “Why is that a bad thing?” Well, as much as I never wanted my drake’s to be hurt, I wanted an element of risk, yet it never came, there was more chance of them dying of boredom than there was of them perishing during a raid.

You can’t help but say “Awwwww” when you see your first drake, they are so darn cute. A bright white face with large warm eyes stares at you, pleading for your help. The character animation is smooth, and you’ll surely smile at the way they walk around in the dirt, trying to keep themselves busy. The environments all feel very samey, probably not helped by the overpowering images of despair and doom. Dark spiky trees are littered throughout, and the grey opaque mist makes everything feel claustrophobic. The developers have used the same models to represent the infections on each island, this could have been expanded with different items, and a variety of colours. The “Ferals” movement is very predictable and makes the combat feel very one dimensional. I know nearly every game has a way of “kiting” attacks, it’s just unfortunate that I could work this one out very quickly. The third-person perspective works really well and allows the player good visibility of the action unfolding before them. My real bugbear was that the style is just a little too childish for my liking, there was no sense of horror, everything felt a little Disney. 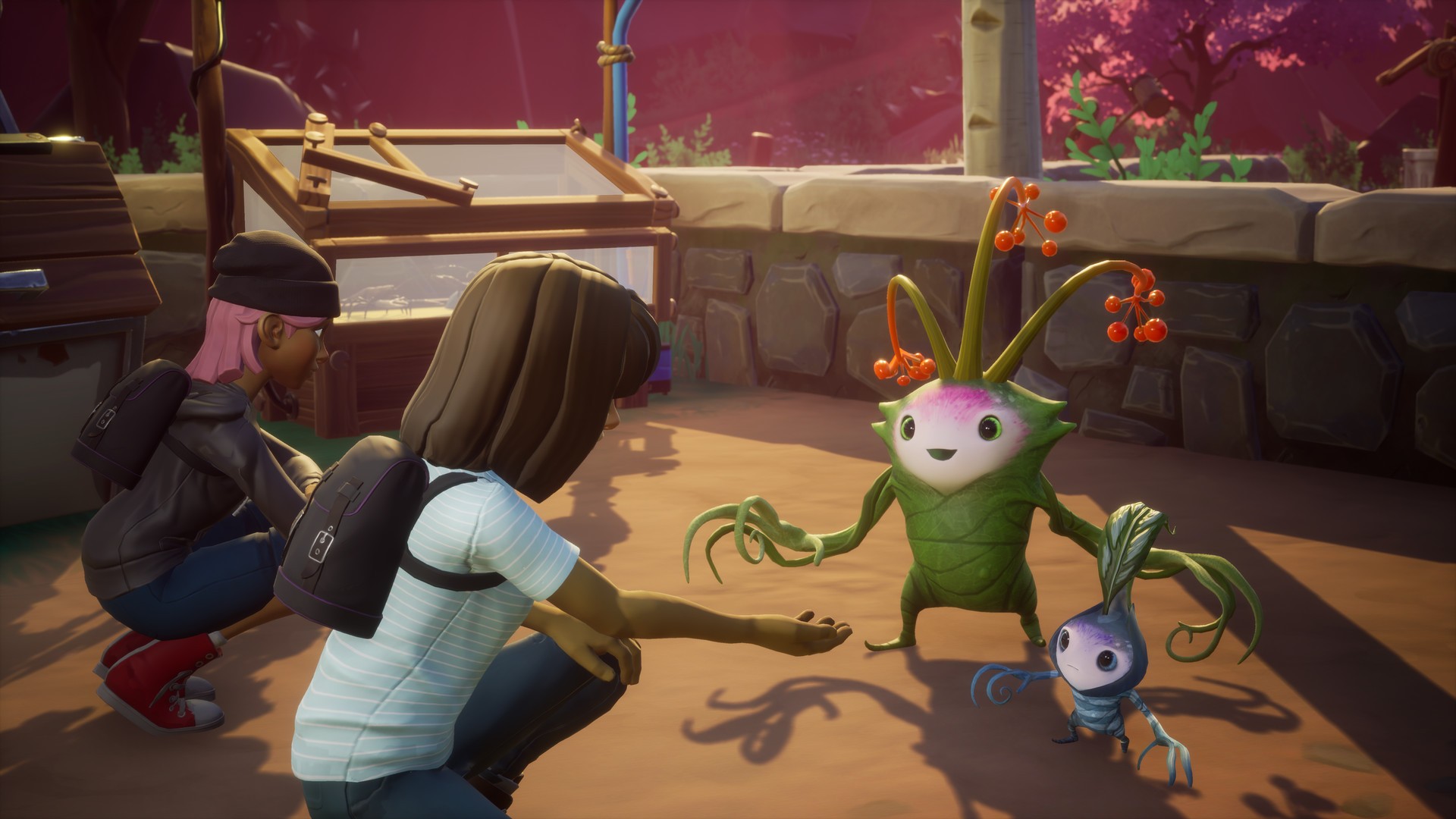 The shining light of this Beta version has to be the audio. The music is great and creates such a perfect atmosphere, this was well balanced with the sound effects that were used. Noises that come from both friend and foe suit the theme perfectly, the enemies, fill you with dread, and you are kept on your toes as you hear them long before you see them. The cute nature of the drake’s is emphasised by the high pitch squeaks, and cooing sounds. With a mystical and magical air to the audio, it adds to the sense of fantasy. If the developers can bring the other elements of the game up to this standard, then the title will be outstanding.

When a number of genres are mixed together, there is always a concern that the user interface will be messy and complicated. Though there is a lot going on, and there are a number of menu’s to navigate, it really is straight forward to use. With a small amount of practice, you’ll find that you will get to grips with expanding the inventory and crafting items. However, I found that the quick menu for your inventory was annoying. It would only let you scroll through the items one way. Several times I would skip past the required item, forcing me to lose my life unnecessarily. Allowing the player to scroll both ways would be a massive help, it’s a simple tweak that the developers could look at, but it would make a massive difference to the flow of the gameplay.

With the option to play this both solo and co-operative, there is a fair amount to keep players coming back for more. My issue really is with the pace at which the action takes place, it all feels a bit of a grind. There is so much potential to make this a fantastic game, but at the moment it feels ironically a little hollow. As each season passes, you will note a change to the environment, this was a nice touch. But for me, this wasn’t enough to make me want to keep playing. If the developers add more side quests, and fun objectives alongside the clearing of each region, then this will certainly add to the longevity. In its current build there are no achievements to be gained. Unfortunately, there is no indication of how easy or difficult it will be to complete this one. The regions flow into each other, and the gameplay will last as long as you fancy, I’m thinking gathering a good group of friends will make this a much more enjoyable experience, than if you play it by yourself.

I always worry about trying out a Beta game, mainly because so much of it will change before it even hits the shelves. Drake Hollow really is a fun title to play, I’ve clearly highlighted the areas that I think need work on, but for its shortcomings, of which there are a few, it truly is a good title. With a small amount of work, and a great community, this will be a game that beats the popularity of the developer’s previous title The Flame In The Flood. You will be pleased to know that it will also be coming to Gamepass on day one, so anyone who wishes to play can do so for free if they are a subscriber. Will you be able to overcome the “Ferals”, and save the drake’s in the dead and foreboding Hollow? Grab some friends and begin your adventure to protect their village.

PREVIEW CODE: A complimentary Microsoft Xbox One code was provided to Bonus Stage for this preview. Please send all review code enquiries to press@4gn.co.uk.

Life in the Hollow can be tough! Death and destruction surround you, and the “Ferals” want to ruin your life. Can you protect the drake’s and help to build their village? Grab some friends and begin your adventure.