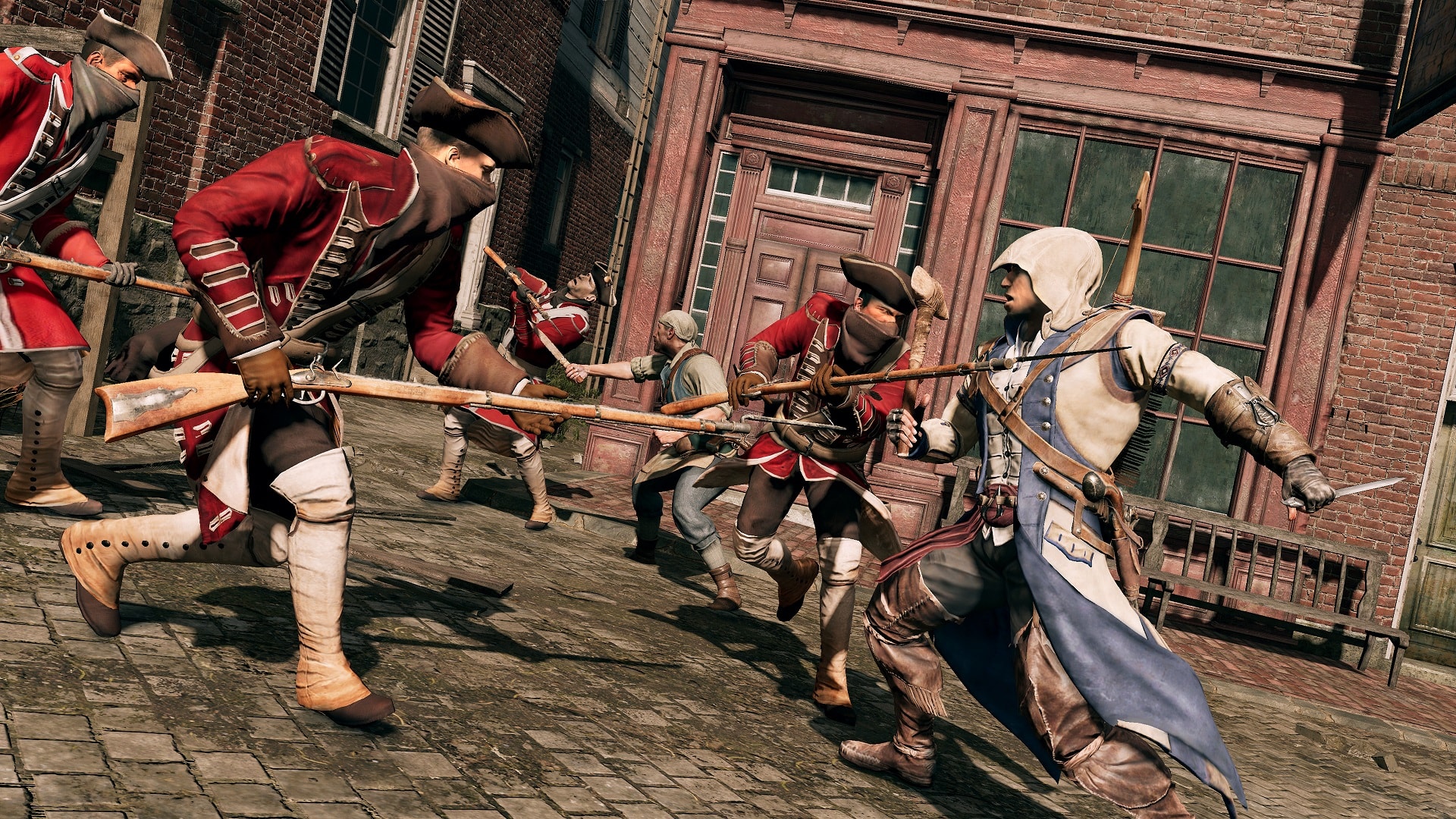 Time to get out our assassins outfit once more for the return for Ubisoft ‘s Assassin’s Creed 3 Remaster.

The remaster of Assassin’s Creed 3 is out, so whether you have the season pass for Assassin’s Creed Odyssey, or are picking it up separately, get ready for the return of what may be the less popular game in the main series. What’s more, you will also be getting the DLC, The Tyranny Of King Washington, as well as Assassin’s Creed Liberation. Assassin’s Creed 3’s story isn’t the greatest by any means, and I feel sorry for it in a way. You see, it comes after the Ezio trilogy, so naturally, it was always going to have to be something special in order to get people enjoy it as much. Sadly however, the story for Assassin’s Creed 3 is one that couldn’t really stand up to the task. I still liked it, I just didn’t enjoy it.

In Assassin’s Creed 3 we start out as somewhat likable Haytham Kenway. Due to remastering.. well his face seems a little less remastered in my opinion compared to the rest of the game, and it seems to be the case with some of the other characters with Assassin’s Creed 3 Remaster. Desmond’s face as well, seems a little off. However after playing for a short time with Haytham and getting to know and like him, we switch it up and take on the role of assassin Connor Kenway for short, or his actual name of Ratonhnhaké:ton, for the purpose of this review I shall just call him Connor.

Now his story is going to pretty much follow the whole ‘stop the Templars and save the world’, this time however in 18th century America. I feel this is where I start to feel for the game. Connors storyline is not as interesting as past Assassin’s Creed games and at this point, it is in fact around the 5th Assassin’s Creed game released. Again, I liked the story, it was also going to be a tough job following on from Ezio’s. What is worse now, is that Assassin’s Creed 3 has a chance to try and show off what it is and try and win some love, but sadly it now follows on from Assassin’s Creed Odyssey, which has around 100+ hours’ worth of gameplay and I believe is still going to have more content added. 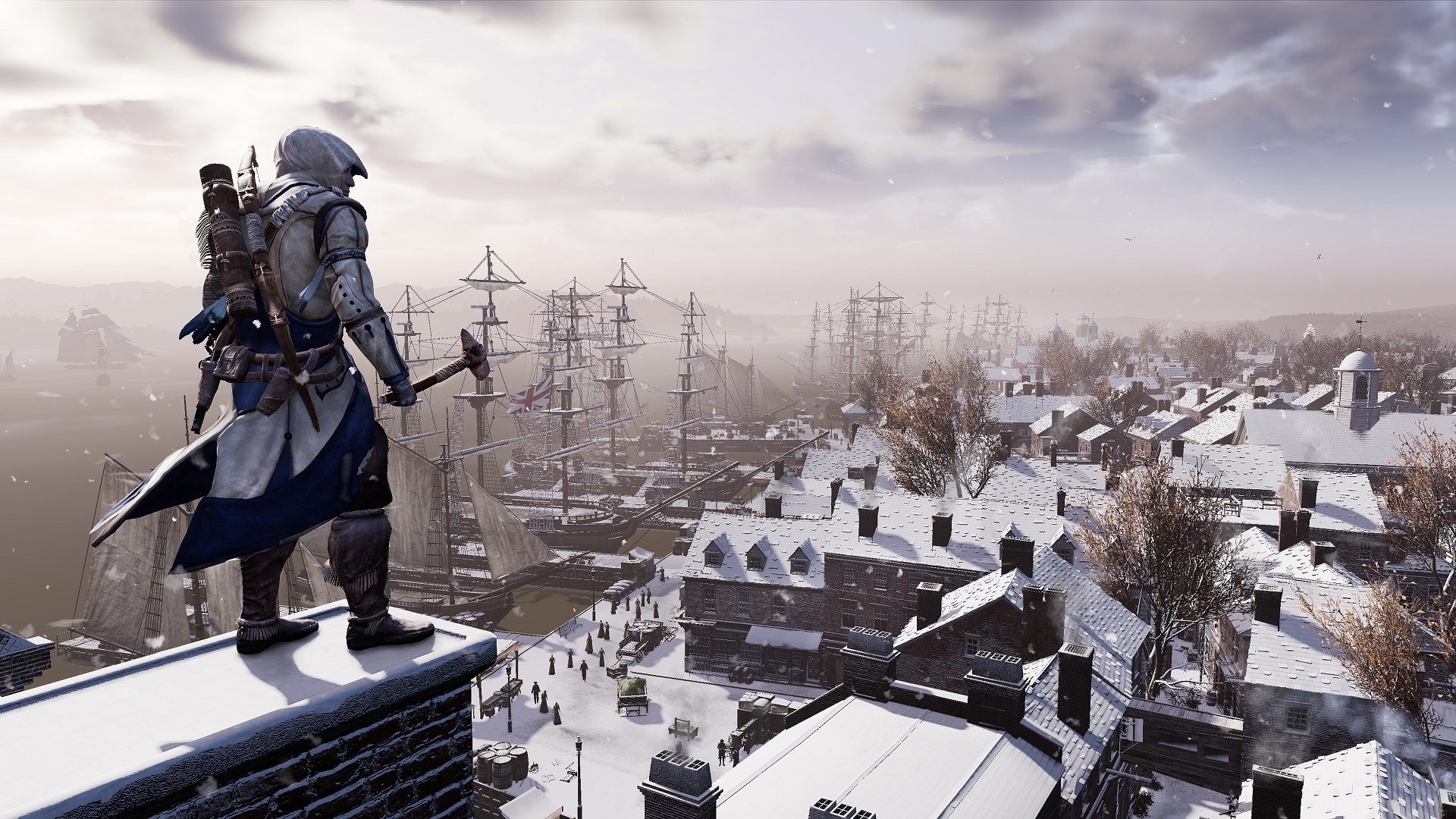 During our time playing as Connor, we also leave the Animus, the machine which allows Desmond to go back in the past and see life through the eyes of the assassins. There are times we are taken from playing as Connor, in order to play parts of the game as Desmond, as we try to stop the Templars who go under the name Abstergo. These sections can be fun, you are able to explore the cave you’re hidden in, as well as start getting more answers about things that have happened.

So, for a story that seems to be around average, the gameplay itself is rather good and let’s not forget, this is the Assassin’s Creed game that gave us our first taste of fighting in a ship. Not just that, but Assassin’s Creed 3 starts to build on an open world, allowing players more things to do in the world: homestead missions, purchase things for your ship, which you can also take out and do naval missions and hunting missions, as well as some other things. What is more is that if you open the your map, you are not greeted by a mountain of things to do, to the point you feel overwhelmed or anything. Assassin’s Creed 3 Remaster isn’t a 100+ hour game but more of a 40 hour game or so. Now that is not including the time it will take for the DLC and Liberations.

Assassin’s Creed 3 outside its main story has a nice amount of things to do to earn money, and it happens to be a rather nice looking game to explore. Taking place in cities, forest areas and if you want to take some time away, you can do some naval missions as I said before on the sea.

It is nice to see Assassin’s Creed 3 get remastered, it’s just a slight shame it keeps having to go up against an Assassin’s Creed title that will outshine it. The updated visuals make just looking out over part of a city, or in the woods somewhat relaxing. The improvements in lighting as well add to the beauty. Now of course as well, there is part of me that believes this is how it looked when it originally game out, but I also know that is not the case. With improved lighting and textures, Assassin’s Creed 3 Remaster seems to do just what is needed to make you believe that it originally came out on this generation of consoles, even if it would seem more at the start. 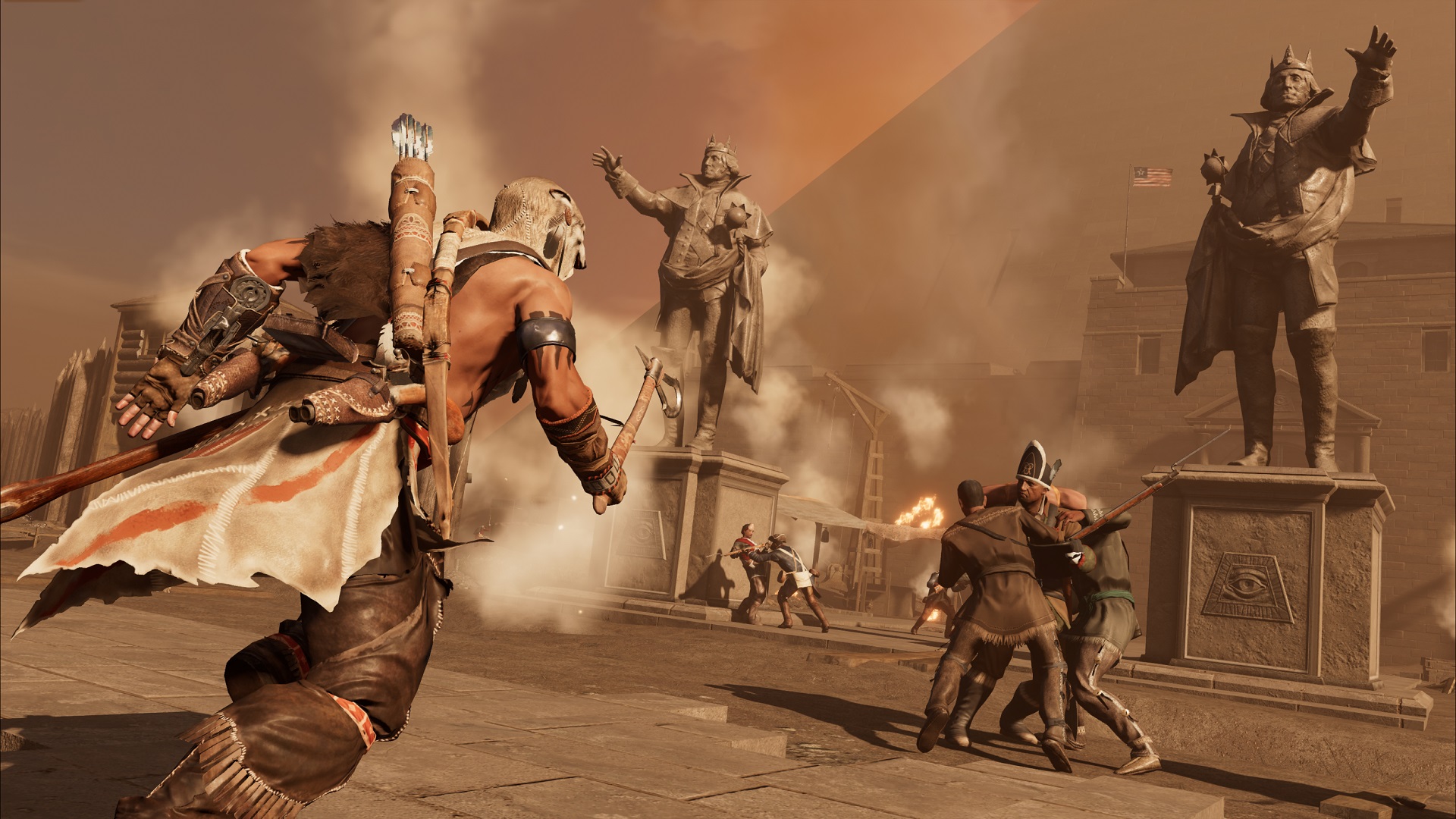 There are a couple of things that seem to have made this remaster a little odd shall we say, one of which was as mentioned at the start, the faces of some of the characters you see. They just seem strange somehow. It is not just that either, but I could have sworn that at one point there were a couple of guards eyes that were white. There was also times when eyes appeared to be looking slightly away from whoever the character was talking to. Most of the issues for the Remaster of Assassin’s Creed 3 seem to be to do with the face or facial expressions. Now there are not that many and some seem like they may be hard to notice, but when you do, it is something that can make you seem to focus on them, and then keep noticing them.

In terms of the way the controls handle, well it seems to be the way I remember. For 95% of the time Connor seems responsive and during free running is easy to move around. Assassin’s Creed 3 still suffers once in a blue moon with that issue of failing to do something you want, or not responding as well. I have failed to sync up some of my sequences due to Connor for some reason deciding not to free run properly.

Overall however, Assassin’s Creed 3 Remaster is an enjoyable game to play, it may not have the best story in the series, but compared to some of the older Assassin’s Creed games, the gameplay is really fun. There is plenty to do, without the map being covered in icons. It’s worth picking up and adding to the Assassin’s Creed collection that is on modern day consoles. The real question is are we at any point going to see an Assassin’s Creed Remaster? After all it is now the only one I believe that is yet to get remastered for current consoles.

Get your hidden blades ready, as we revisit some old targets in Assassin’s Creed 3 remaster.