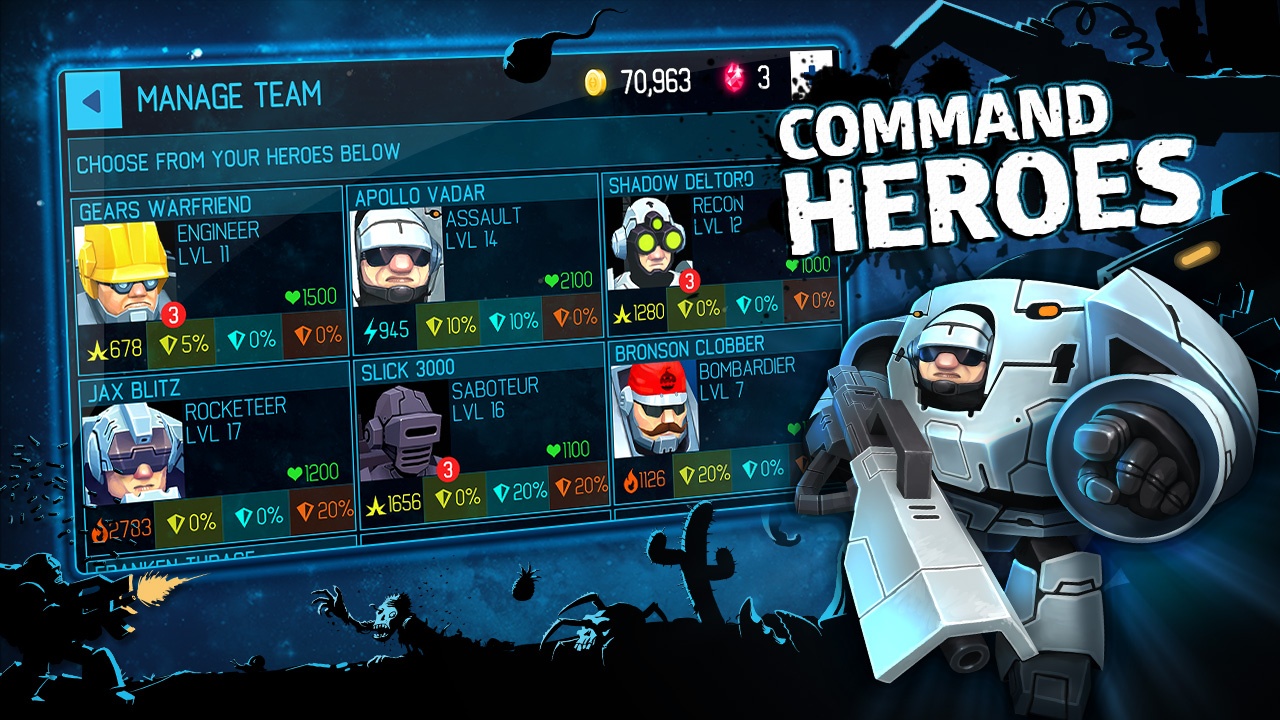 Tower defence is such a cool and complicated sort of game. On the one hand, it requires a lot of attention to detail and split second decision making, while also exercising a tremendous amount of awareness about the whole map and also individual units. On the other hand, once you’ve got things set up properly, unless you purposely have the game on the maximum, most unfair difficulty level, you end up doing a lot of watching and waiting. Classics like Fieldrunners or Bloons will basically make you work, then let you relax, and then force you to work again. So, not to be outdone, one of the more modern classics has finally decided to step up to the Switch and give defenders a chance to utilize the experience on a larger screen (especially when docked) to prove what a great strategist you are. This is Over the Top Tower Defence, from the aptly named SMG Studio.

Over the Top Tower Defence (which is often abbreviated OTTTD) is purposefully absurd from the very beginning, which makes the game work as a whole. You are the commander of HEROCORP, a company that seeks to keep the soldiers and mercenaries of the world employed and gainful. Unfortunately, they’ve been so successful in their mission that the wars have all been fought and peace permeates the land. How dreary and dull! Luckily, the discovery of the Trans-Dimensional Rifts helps to solve this pesky problem. Reaching into different dimensions, HEROCORP is able to bring the battle to the soldiers, importing aliens, monsters and other violent and nasty creations from whole different universes to do battle. It’s a thrilling prospect, as the soldiers of the world no longer have to wait for an invasion to happen to get their rocks off: we bring the invasion to you! 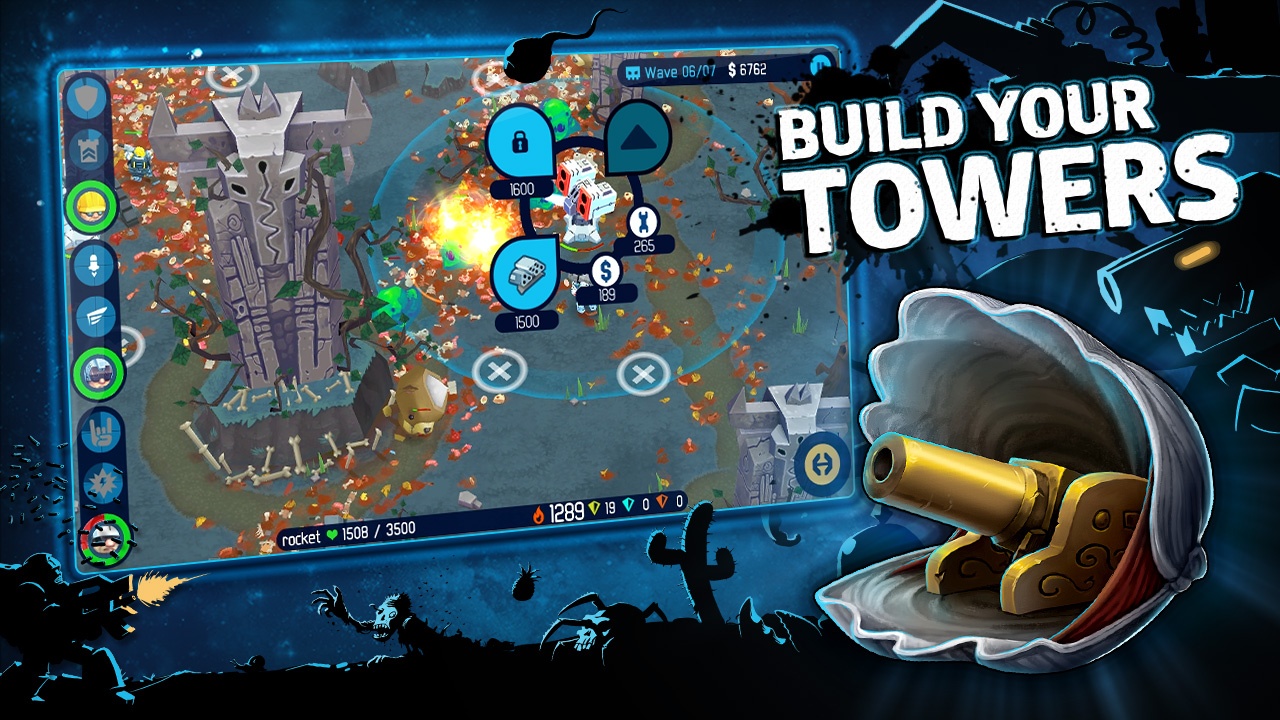 OTTTD uses a hero format for their tower defence design, meaning you have to balance both a traditional building format mixed with a bit of real time action and directing for moving units. There are affixed spots where you can build your towers, like the pulse cannons, shock orbs and bullet-spewing turrets and these towers can be upgraded to deal more damage, have a greater range and improve their effectiveness against the different varieties of invading enemies. Naturally, you won’t deal with simple bug-like creatures all the time (shoutout to Starship Trooper references!), as you quickly deal with armored beasts, massive crabs and, eventually, boss-like mobs who can lay you low in no time flat. It’s these bigger creatures that you need to worry about, and that’s where the hero format comes in. Starting out with an engineer and unlocking heroes like the bombardier (explosive death from above) and the scientist (cloning leads to many hands on deck), each hero has their own unique skills and properties and you can have a couple on the field at a time. As the heroes participate in battle, you can level them up, teaching them new skills and abilities. The engineer is invaluable in his passive repairing of towers (except for your home base), and adding the ability to fully repair a construct instantly can be insanely helpful later on. In comparison, the assault troop can dish out hot hell in concentrated bursts and sometimes thin out the heavier invasions in the blink of an eye.

On the surface and from initial play, OTTTD is a pretty fantastic tower defence game. The tone of the entire game is humorous, knee-deep in sci-fi references and fully aware how ludicrous and hyperbolised the entire mission of HEROCORP is. The units are each magnificently detailed, and you’ll have no problem discerning a shock tower from a rocket tower, nor whether you’ve asked the saboteur to go sneaking across the board or sent the rocketeer careening towards certain death (all heroes can be resurrected…for a price). The number of tower types isn’t massive, but they can all be upgraded in certain ways to help make them the most useful for what type of mission you’re currently running, whether you need to focus on a single entry point or if the gattling tower needs to pivot and take on all comers from all directions. The heroes, naturally, are where the game shines, allowing for a type of customisation that isn’t typical in tower defence games. You can spread yourself thinly and gradually upgrade all heroes over time, or just dump into one and get the ultimate beefcake to destroy aliens. You’ll want to replay missions again and again to get that coveted three star rating, and, when the going gets too easy, just hold down the R stick to fast forward the battle. You’ll be done in no time flat! 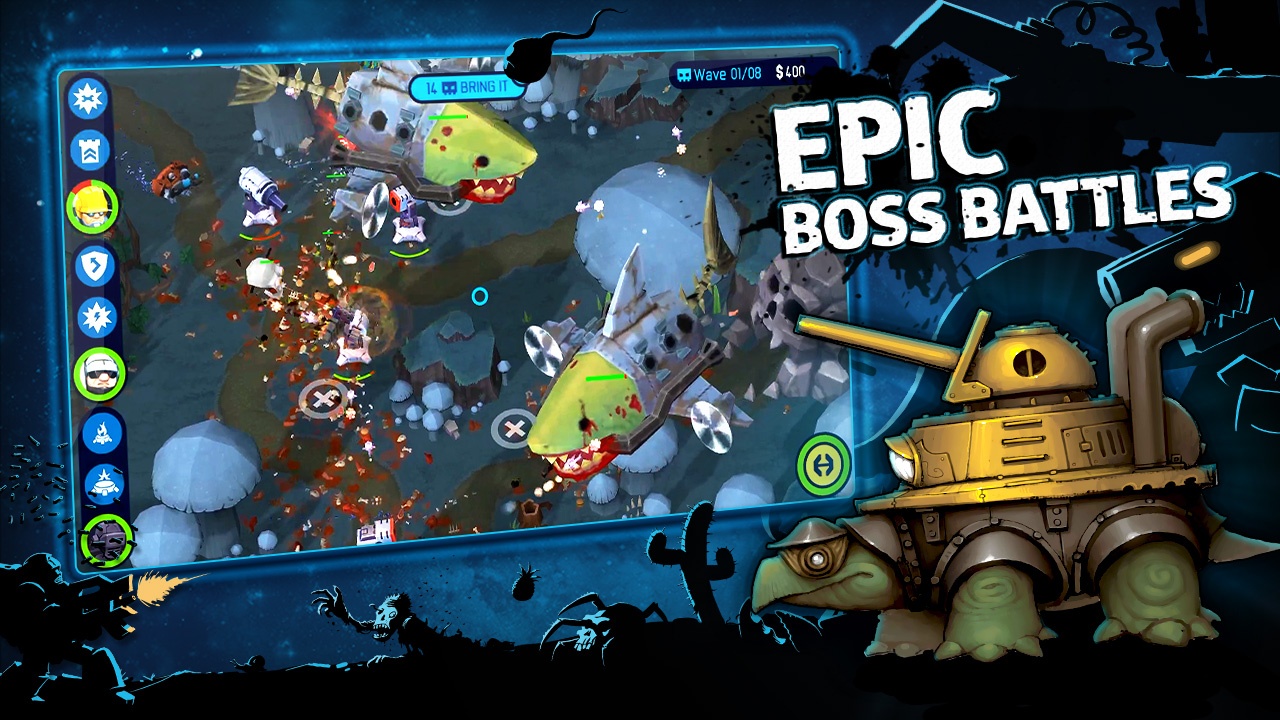 However, the issues with OTTTD isn’t from the game itself: it’s from the port. I don’t know who gave SMG Studio their intel, but having a tower defence game – is something that has been classically played as a touchscreen experience. If you’ve already guessed my major gripe, you’re more than likely in a similar headspace: there is zero option for touchscreen interface. Don’t get me wrong, SMG Studio did their best to port the controls and concepts of a tower defence to the button layout, and, for the most part, it works. You toggle quickly between towers with the Z triggers, heroes with the L/R buttons, pan around the screen with the left joystick and zoom in and out with the right. It’s actually a very functional and strong layout, and, for when you’re accustomed to the styling, it works well. But there are inherent caveats to this system and how OTTTD works. You cycle between towers and empty tower spaces equally, so you need to stop at the vacant lot where you can’t build anything on your way to desperately upgrade your rocket tower before zombies overrun you. The hero toggles work well enough since they’re so limited, but I don’t like needing to guess if I have to hit left or right to immediately go to the hero I need to perform a skill right this second. It’s not the way that the buttons are done that’s the problem: it’s the lack of choice to use my touchscreen as a command center when I’m playing a tower defense game, one of the most solo activities since solitaire, and I’m gonna be playing it while relaxing on the sofa watching reruns of The Magicians on a SYFY afternoon. Lemme tap around!

Still, my complaint is a one sided affair that most people will not care about since they’re desperate for their Switch to get away from tropes and traps of mobile games. Thus, I can say that OTTTD did a bang up job on their Switch port for a majority of players. It runs well, the buttons are mapped great and the concept is still fun and exciting: good tower defence games always are. There’s a ton of replay in both getting all the heroes’ skills unlocked as well as seeing what you can pull off with higher difficulty levels, which increase enemy spawns and toughness and decreases the amount of cash you get from their deaths. This is a potential full time sink, draining hours at a time if you let it, and it’s all in the name of goofy, B-movie style violence and solid level designs. If you’re in the market for a tower defence game and can get over the touch screen omission, you’ll be head over heels for OTTTD.

If you’re in the market for a tower defence game, you’ll be head over heels for OTTTD: Over The Top Tower Defence.