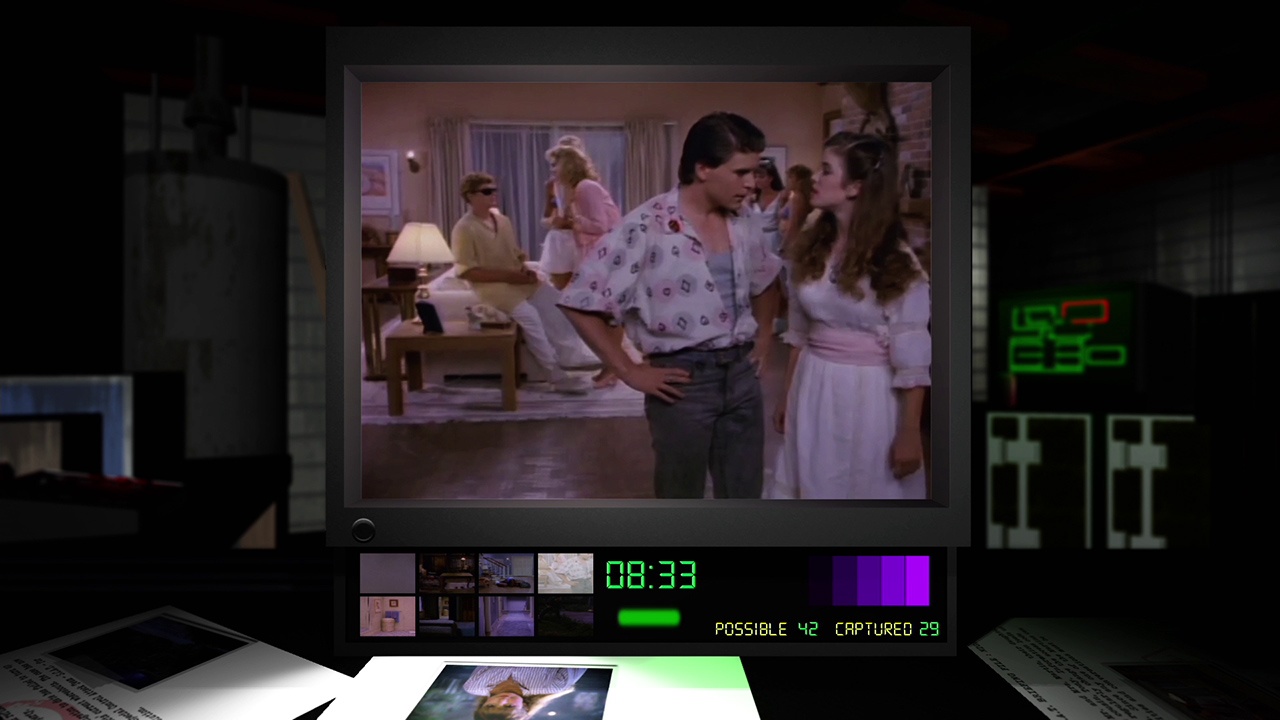 Everyone loves a bit of controversy. It creates a good talking point, as well as immortalise subject matters through infamy. It was all the rage during the early nineties, especially with the changing face in the content and look of video games. Mortal Kombat was a particularly notable title, with its gratuitous violence and ‘Get over here’ finishers. Another game which stands proud in the hall of infamy for controversial content comes in the form of Night Trap, a full-motioned video game that screamed sexism with its scantily-clad teenage girls. That was twenty-five years ago now and it’s thanks to Limited Run Games that I not only feel old, but also get to revisit days gone by with their release of Night Trap: 25th Anniversary Edition on the Nintendo Switch.

The original release of Night Trap is synonymous in gaming circles, mostly for the wrong reasons with its involvement in bringing about the introduction of game classifications and age ratings, but also for its limited gameplay, an inescapable side-effect of the FMV genre, its hammy acting and the distinct whiff of its cheesy storyline. However, the game also contained a certain charm, mostly for the same reasons, which, although in execution was a poor game, provided some form of entertainment; although over all of the years in which I’ve played this game, I’ve never quite been able to put my finger on why.

It was on Sega’s Mega CD that I first played this game. It’s grainy visuals and clunky controls didn’t perform so well, but its release in the nineties was during a time when the look of video games was changing and its FMV presentation was a new, never-before-seen style of gaming. It was an exciting period and the fact that some of the games were second-rate didn’t really matter back then. Saying that though, we were also treated to some sublime examples of FMV too, with Ground Zero Texas, Tomcat Alley and Sewer Shark; a selection of titles that I would love to see released on the Switch! Despite not being the best of the bunch, Night Trap’s reputation has preceded its re-release, bringing back everything that was bad with the original, but also everything that was good, to a whole new generation of gamers; particularly with its inclusion of some surprising new additions, features and extras. 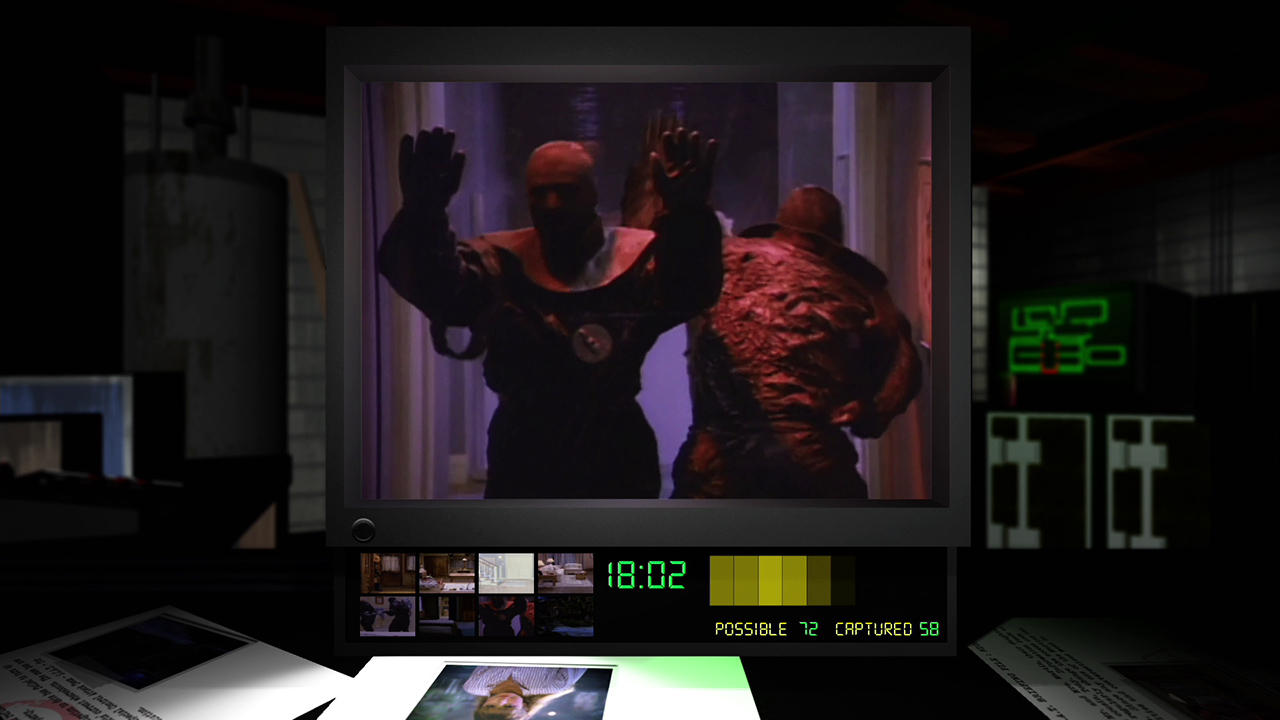 For anyone unfamiliar with the game, Night Trap puts you in the boots of a CCTV operator who is tasked with the surveillance of the Martins’ house. After the disappearance of a number of people, the property is about to be infiltrated by a special forces unit and it’s your job, through a bank of eight different cameras, to switch from room-to-room in order to trap the Augers; a vampire-style creature who prey on the visitors to the house. In its basic premise, the game requires you to view the goings-on within the house through a series of video clips. It’s important to keep a close on things, such as activating traps when you are signalled to do so and listening to conversations for code changes to the security system; fail to miss the required key code for activation and your traps will fail to respond. Should you allow too many Augers to escape, then your remote connection is terminated and it’s game over.

Due to its nature of stringing together a series of video clips, the gameplay of Night Trap is very linear in its execution and gameplay style. In order to beat the game, a clear run taking around thirty minutes, you need to memorise the sequence of events that the play out; making sure you are watching the right camera at the right time to make sure the sequence of events run in the correct order. This in turn, produces a gameplay mechanic that is not to everyone’s taste, with the game often making appearances in top-ten lists of the worst games ever made; but then,  it’s also this that makes this game so synonymous and in a way, fun to play. 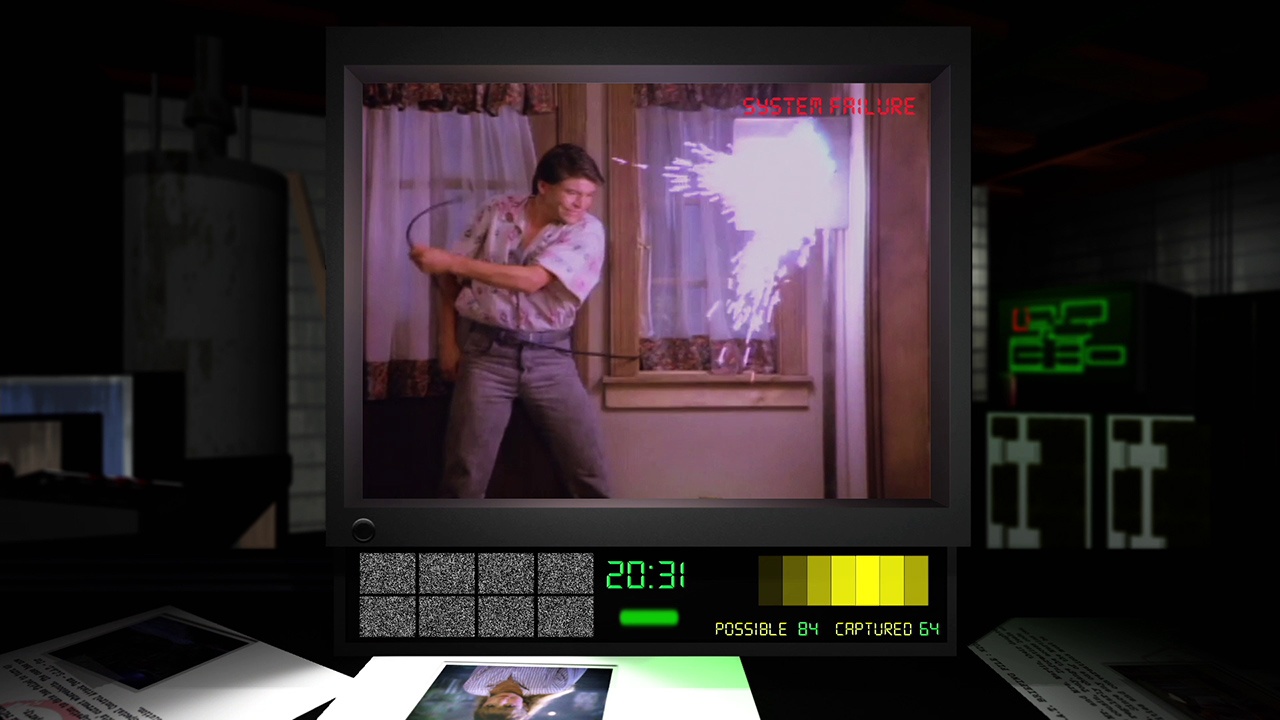 With this 25th anniversary edition of the game, you’re getting the best-looking version of this title to date. The viewing window is larger, with more detail and a smoother frame-rate; although it still retains a very VHS-style to its aesthetic, especially with some of its instances of screen tearing. The smaller windows that highlight each of the cameras, now contain moving footage; making it sublimely easier to keep track of things. This was something that was missing from the original release and is a welcome addition now, making this game more infinitely playable than before. The title also comes with a host of bonus features that, although they don’t add much to the playability of the game, do contain some interesting side-tracks.

Certain functions are required within the main game to unlock some of the extra features, such as completing it, but once the criteria has been fulfilled you get to unlock a variety of options. Survival Mode is a variant on the main gameplay, but this time around random clips of the Augers rampaging through the house appear and you must trap as many as possible. In essence, it isn’t much different in terms of core gameplay, but distracts for a little while. Theatre Mode allows you to watch a series of video clips seamlessly without the need to jump from room to room. Two documentaries are also included, each showing behind-the-scenes footage, both in the nineties and in regards to the updated versions of the game. However, it’s jewel in the crown comes in the form of Scene of the Crime, the unreleased prototype that spawned Night Trap. For fans and followers of the game, the inclusion of this, thought-to-be-lost game is a treat in itself.

Despite its new features, Night Trap is still the same decisive title that it was twenty-five years ago. You’ll either love it or you’ll hate it. It still contains a strict linearity and limited interactivity, its B-movie acting and production hasn’t aged particularly well, giving it a more distinctive smell in its cheesiness. However, these are exactly the elements that has given this game such a cult status. At its core, this really is a bad game; but that’s where the fun is. But as a package though, with this 25th anniversary release, you do have the most playable version of the game to date and, along with its extra features, contains some exciting treats for lifelong fans. Even if you’ve never heard of Night Trap, or its reputation put you off from ever playing it, then this is a title that offers a fascinating insight into its controversial content. Play it with an open-mind and enjoy it for what it is, then you’ll find a gem hidden in here; be warned though, it’s not everyone’s cup of tea, but it’s exactly there where its charms are found.