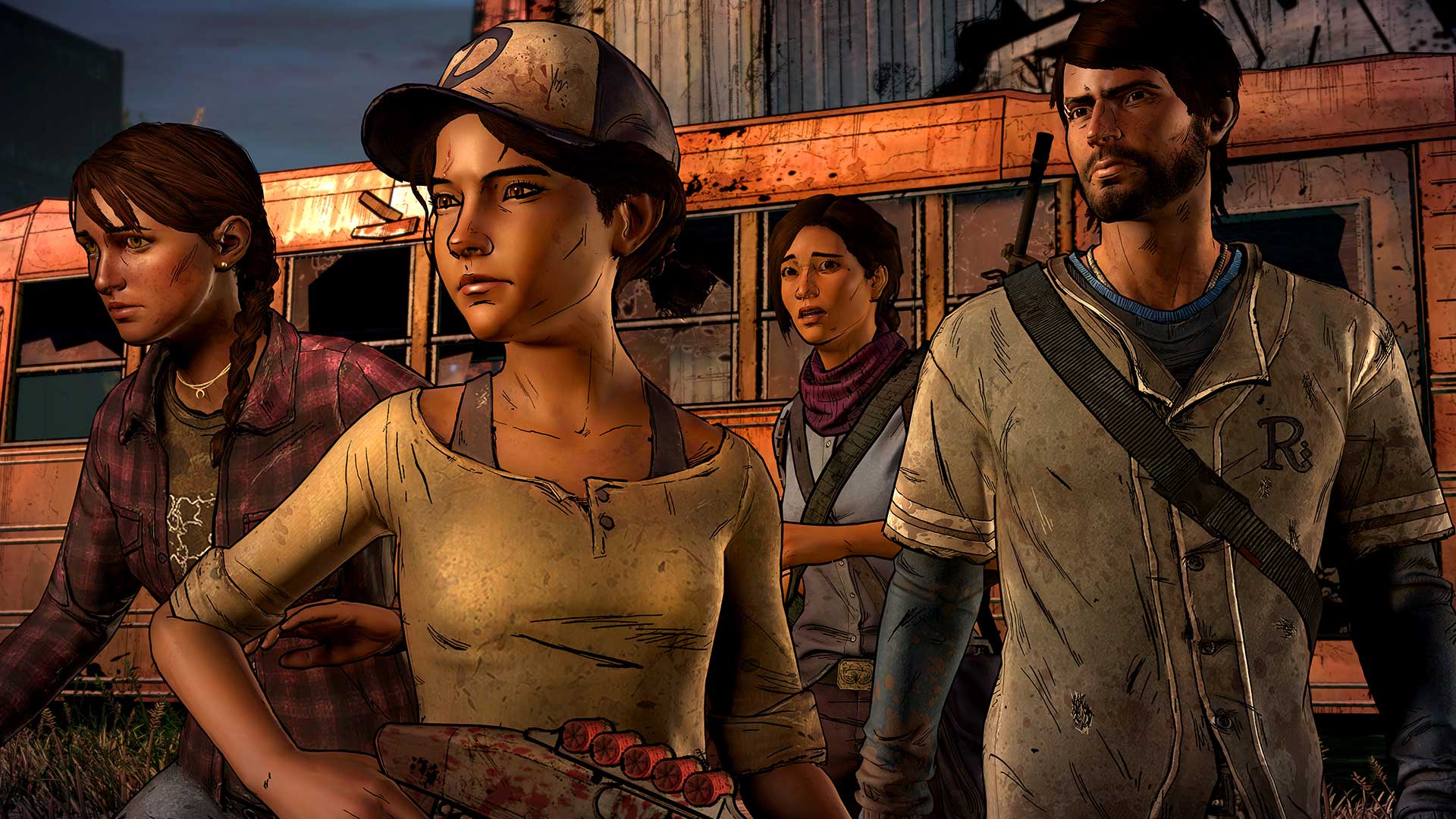 Back in the mid 2000’s gamers world over would be praying to see adventure games make a return, as modern title’s like Fahrenheit have proven that the modern technology can take the genre to some new, previously unexplored heights. And while it has taken the industry some time in order to catch up to the public’s demand, it has finally done so, with titles such as Quantic Dream’s Heavy Rain, and most importantly Telltale’s The Walking Dead.

Telltale, as a company, has been in the proverbial game for over twelve years at this point. However, in their early days, they’ve created more than a handful of rather unfavourable titles – with few exceptions. And it has taken them seven years in order to cement their place within the industry, as Telltale Presents: The Walking Dead, was the studio’s first step toward major, international fame and success.

The first title in the Walking Dead Series was a major success, and has garnered rave reviews throughout the world. And understandably it has spawned a number of equally successful sequels, in form of The Walking Dead: Season Two, The Walking Dead: Michonne, and last but certainly not least, The Walking Dead: A New Frontier. However, as the new titles in the series began to see the light of day, the older iterations, have begun to slip into the underworld of irrelevance.

The Walking Dead: A New Frontier, was what one could call the second-wave Telltale game, as it possessed all the bells and whistles which previous titles lacked. And if one were to play it prior to exploring the previous games in the series, one could be ultimately disappointed with the graphical and technical state of the previous two titles. And in order to prevent this from happening, Telltale has developed, and now released, the rather excellent The Walking Dead Collection, which takes all three titles in the series, as well as the Michonne mini-adventure, and transcends them into a much slicker, and much more appealing package. 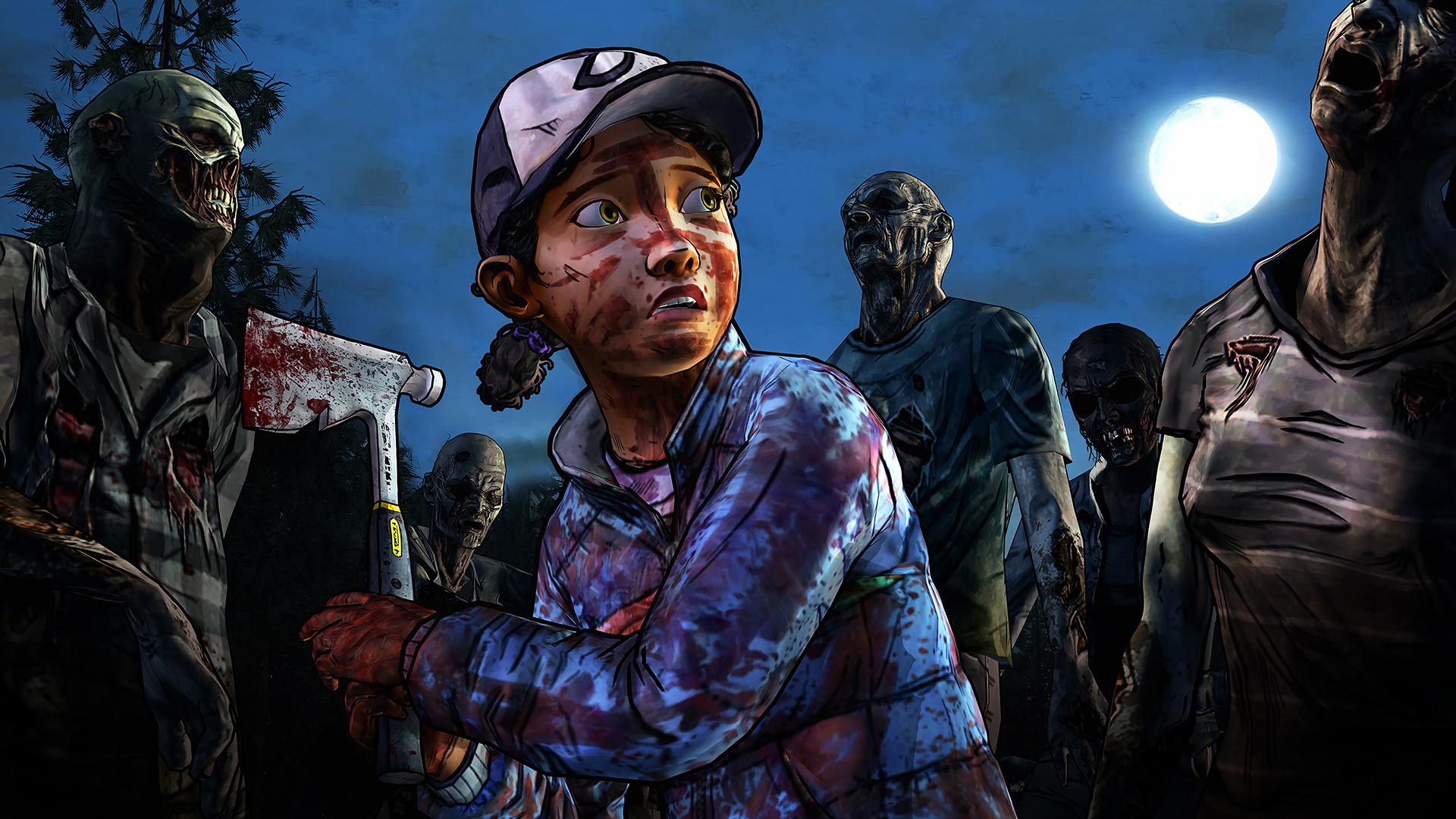 All four titles, or rather three and a half, are complete remasters of their former selves. But unlike titles such as Batman Arkham Collection, or Deadpool, The Walking Dead Collection has received a plethora of visual updates, besides the usual upscaling to 1080p. All major in-game characters, and objects have been brought up to scratch with the more contemporary Telltale games, and due to that fact that they all possess an overwhelming amount of detail which was otherwise missing. However, not all in-game objects have received the same treatment, as all three games feature quite few textures, which are simply sub-par.

The graphical overhaul of all titles within the package, is more than welcome, as it elevates the previously ageing titles back to their former glory, and the limelight they deserve. However, even a person who is not well versed when it comes to videogames, will be able to spot which titles are quote-on-quote next gen, and which aren’t. And that’s because there are differences in art style when it comes to all three titles. The inaugural season of the series possess rather simplistic, and at times over the top stylistic, whereas The Walking Dead: A New frontier, features a much more mature, and natural look to not just the characters, but the world itself.

When it comes to the visual and mechanical side of things, The Walking Dead Collection, is somewhere between the Darksiders: Fury’s Collection – War and Death, and the upcoming Shadow of The Colossus (PS4), as it is not quite a simple remaster, nor is it a complete remake – it simply falls somewhere in-between. And that’s perfectly fine in this particular case, because Telltale, unlike some, have never claimed that the collection at hand will be a subject to a fully-fledged remake treatment.

When it comes to the games themselves, the order still remains unchanged, but it is subjective. The Walking Dead Season Two, is still the most significant and impactful title in the series, as its story, is much more complete than the one of its predecessor, as it revolves around a wide array of characters rather than just a handful. And such treatment, ultimately gives the player an entire group to care about, rather than just a single individual. And in addition to that, it also serves the player with a handful of rather jaw dropping moments, which are simply missing from the other two and a half additions to the series. 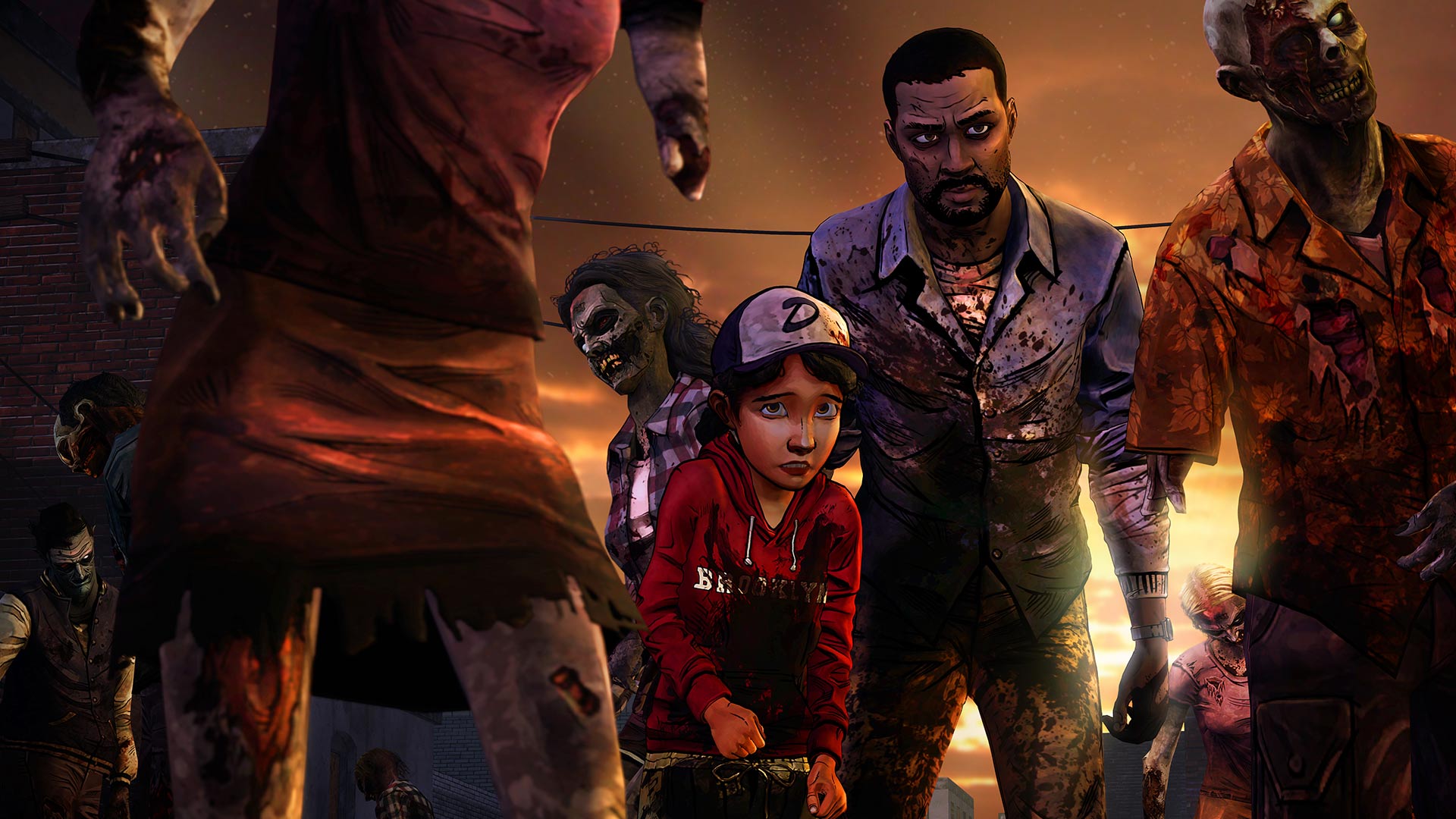 Second in line, is subsequently the title which started it all. And that’s because the very first instalment of The Walking Dead series, while still touching upon the core themes of the universe, has ultimately played it safe, and placed all its chips on 0, as it went all in on the relationship between Lee and Clementine. And while many have enjoyed the title for what it was, the dynamic between the two characters subsequently degrades the rest of the cast – with exception of a couple – to nothing but background scenery, and simple plot devices. But at the end of the day, it does its job, and sets up what now is know as Telltale’s The Walking Dead.

Third and final title in the series is both last in the chronological order, and last in terms of quality. And that’s because it lacks the coherence, which other two titles possess. And that is mainly because of the fact that the title at hand is never quite certain who should it placed its spotlight upon. And one second it portrays character A as the main character, then character B, and at times even character C. And the abrupt change of direction subsequently muddies the waters, and leaves one with a story pulled straight out of schizophrenic’s notebook. In addition, its cast of characters while possessing a lot of ‘’character’’, ultimately, is just as incoherent as the story. One second character can tell you how much he loves you, the next he rats you out, and acts like nothing has ever happened.

From the three full games, one will surely find at least one, which will grab his or her attention for many long hours. But once one plays either of the three, he/she will likely be unable to stop oneself from completing the rest, as the story portrayed within the three titles, is incredibly hard to put down. However, the two additional pieces of content in form of 400 Days, and Michonne, should not be overlooked either. Especially the miniseries following the early days of the TV, and comic book character Michonne, as her particular story, is one of the strongest ones ever told within the series, even if it is incredibly short, and ultimately lacks the final punch, due to rather underdeveloped cast of characters.

Ultimately, The Walking Dead Collection is a tremendous success as it elevates the previous titles on par with the most recent addition to the series in the form of A New Frontier, and subsequently brings the entire package to attention of those who have missed out on the previous titles back in 2012, and 2014. And while it would be cheaper for most to buy the titles separately, especially after considering the fact that the second season of the series was previously featured on PlayStation Plus, it is ultimately worth it, to spend the extra couple of pounds, and get the upgraded version, as it makes the Telltale’s Walking Dead experience much more pleasurable.