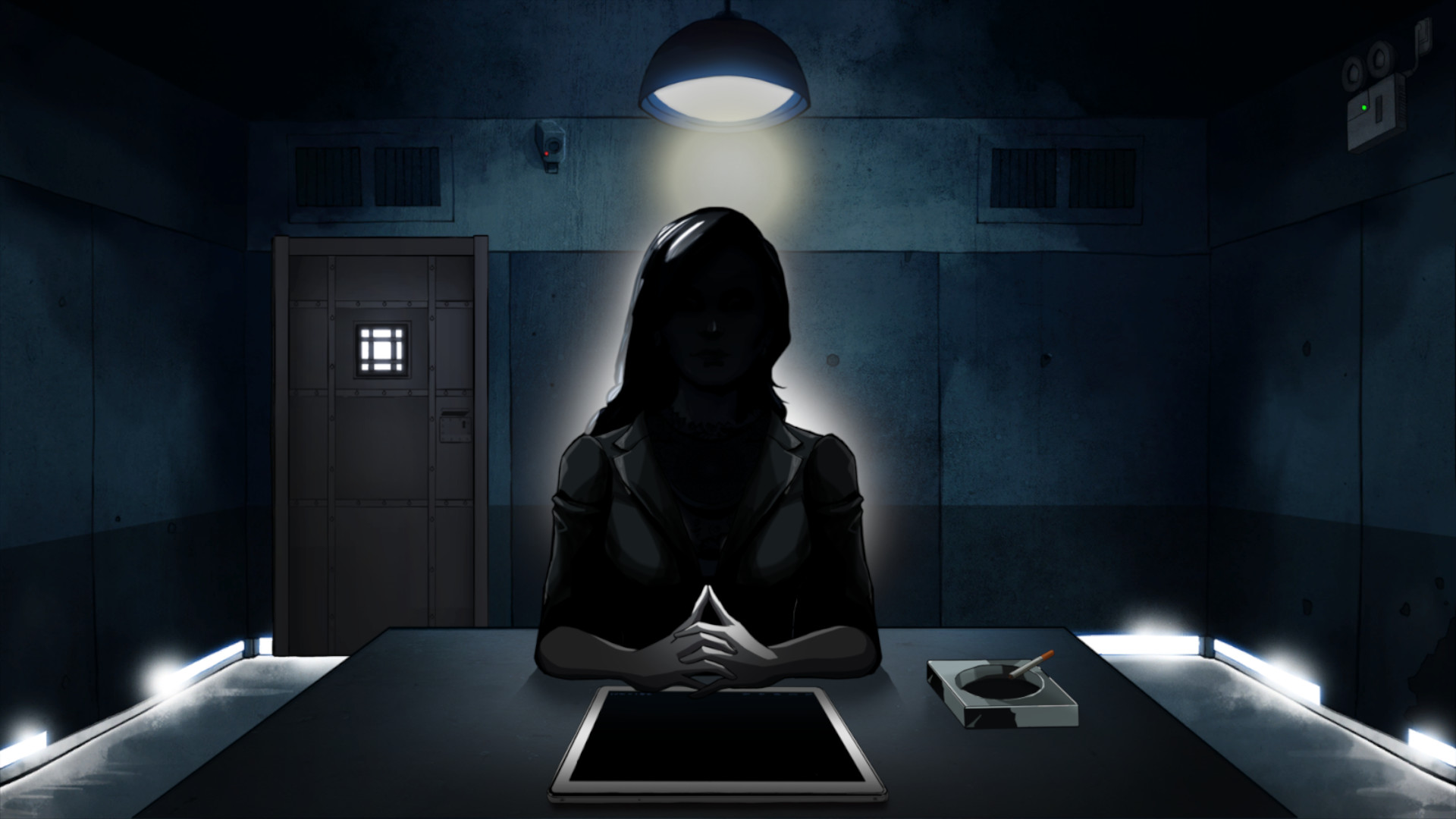 As far as I can tell, Unheard is one of a kind. Sure, there are a few games that could perhaps fit within the same genre, mainly because this is a game whose major focus point is its narrative, but what differentiates Unheard is its minimalistic visuals and emphasis on dialogue through sound. Without a shadow of a doubt, the sound is at the very core of Unheard.

In Unheard, you play as a detective that is testing a new investigative tool, the Acoustic Detection System. Essentially, this device allows you to sort of travel back in time, by listening to the echoes of people’s voices. But where do these voices really come from? The game has an extremely eerie atmosphere surrounding it, as it doesn’t really reveal what makes everything you see and hear a possibility.

The game consists of a total of five different missions, with each representing a different case. With that said, you should easily manage to complete the entire game in about four hours. Each case presented to you tells the story of a major crime, like a bombing, murder, or theft, but they all share the same gameplay mechanics, they have nothing unique to offer on their own besides the story they tell. 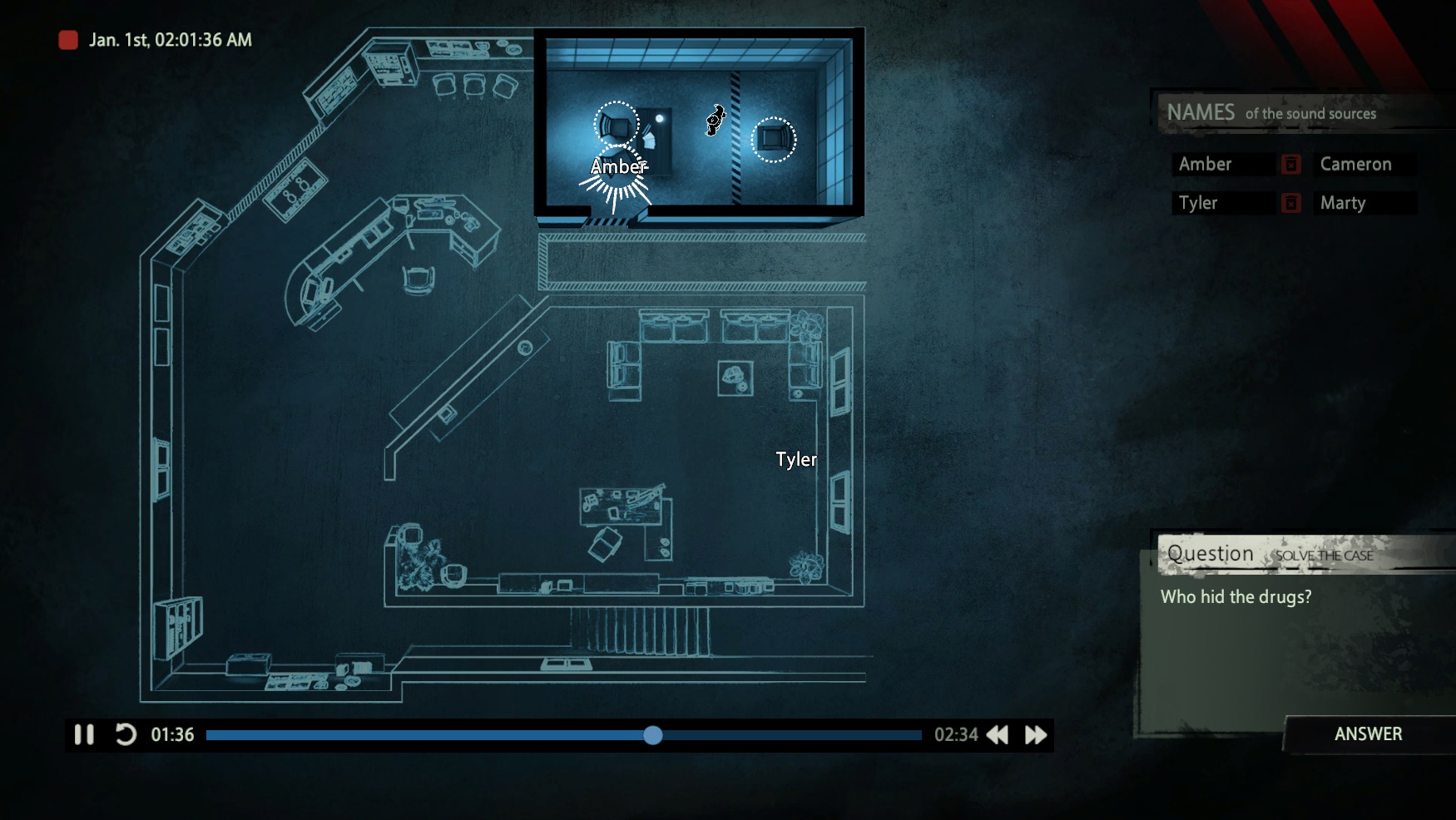 The game plays out from a top-down view of a series of building blueprints (one blueprint per each mission), where you’ll be able to follow people around and listen to conversations, all in order to find out the truth. While you can walk around and see people moving, you can’t tell who is who right off the bat, you have to listen to their conversations and phone calls in order to find out which voice corresponds to each of the names that the game provides you. Once you’ve figured out who somebody is, you can tag them with their name, and then you’ll be able to see that person move around, even if you’re not following them or in the same room as them.

In order to successfully complete a mission, not only you have to correctly determine everyone’s identity, but you also have to answer some questions regarding what went on during the case, and usually, who the person that perpetrated the crime is. The tricky part about all this is that, sometimes, people will lie about their identity and you often have to check what others are doing at the same time in order to confirm if what they’re saying is true.

Luckily enough, your Acoustic Detection System not only allows you to hear past conversations, but it also allows you to pause, resume, fast-forward and rollback the recordings at any time you see fit. This is a key tool for your investigations, as there’s no way you’ll be able to successfully complete a case based on only one play of the recording, and that’s simply because there are multiple people that you need to hear and keep track of their movements, and, most often than not, they are either in different rooms or on the opposite side of the level. 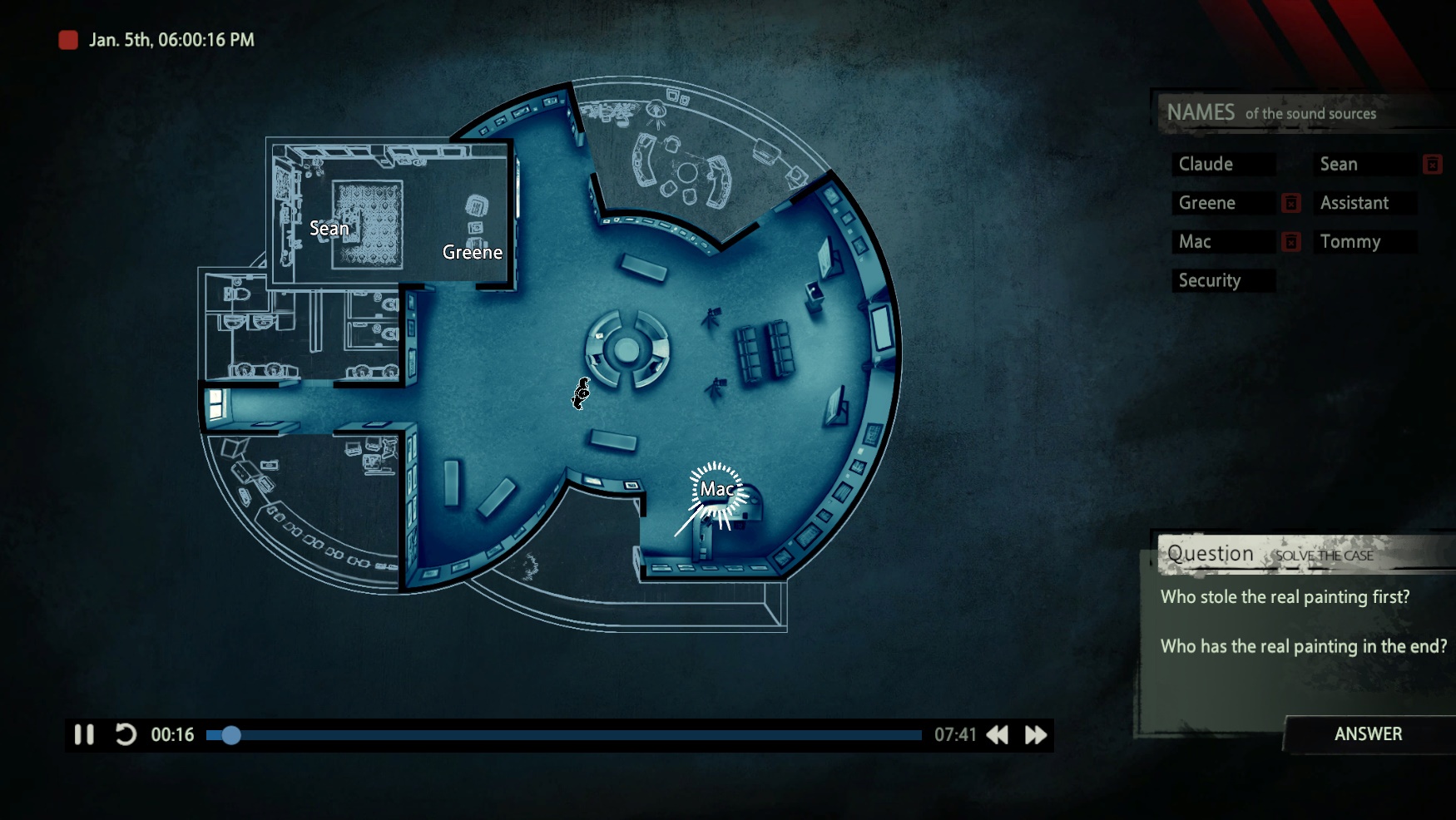 Despite everything, and even though I had a pretty good time with Unheard, I can’t shake the feeling that it could’ve been much more. Unheard is not really a game where the player is an actual detective, as the only detective here is the character the player takes control of. To put it simply, it takes little time to realize that the whole detective thing going on is nothing but a gimmick from which to deliver an interesting and rather different narrative-driven gameplay experience, and there’s nothing wrong with that.

Unheard is about listening to everyone because if you do that, you have everything you need to solve the case, there is no guesswork or deduction involved. It wasn’t exactly what I was expecting, but in the end, I was pretty happy with what I got to experience. Besides the creative take on delivering different plots through what is mostly an audible adventure, Unheard also excels thanks to its voice acting, which is surprisingly good, something which I did not expect from a game that kind of came out of nowhere. Given its price, I highly recommend you check out Unheard, but that is as long as you’re not hoping to find a real detective game here, but instead a pretty compelling narrative driven game. Also, as a plus, there is apparently already a free DLC in the works, but the developers have yet to reveal its contents and a release window.

Unheard is a one of a kind, thanks to its unique approach to storytelling. Unfortunately, it falls short of becoming a meaningful detective game.