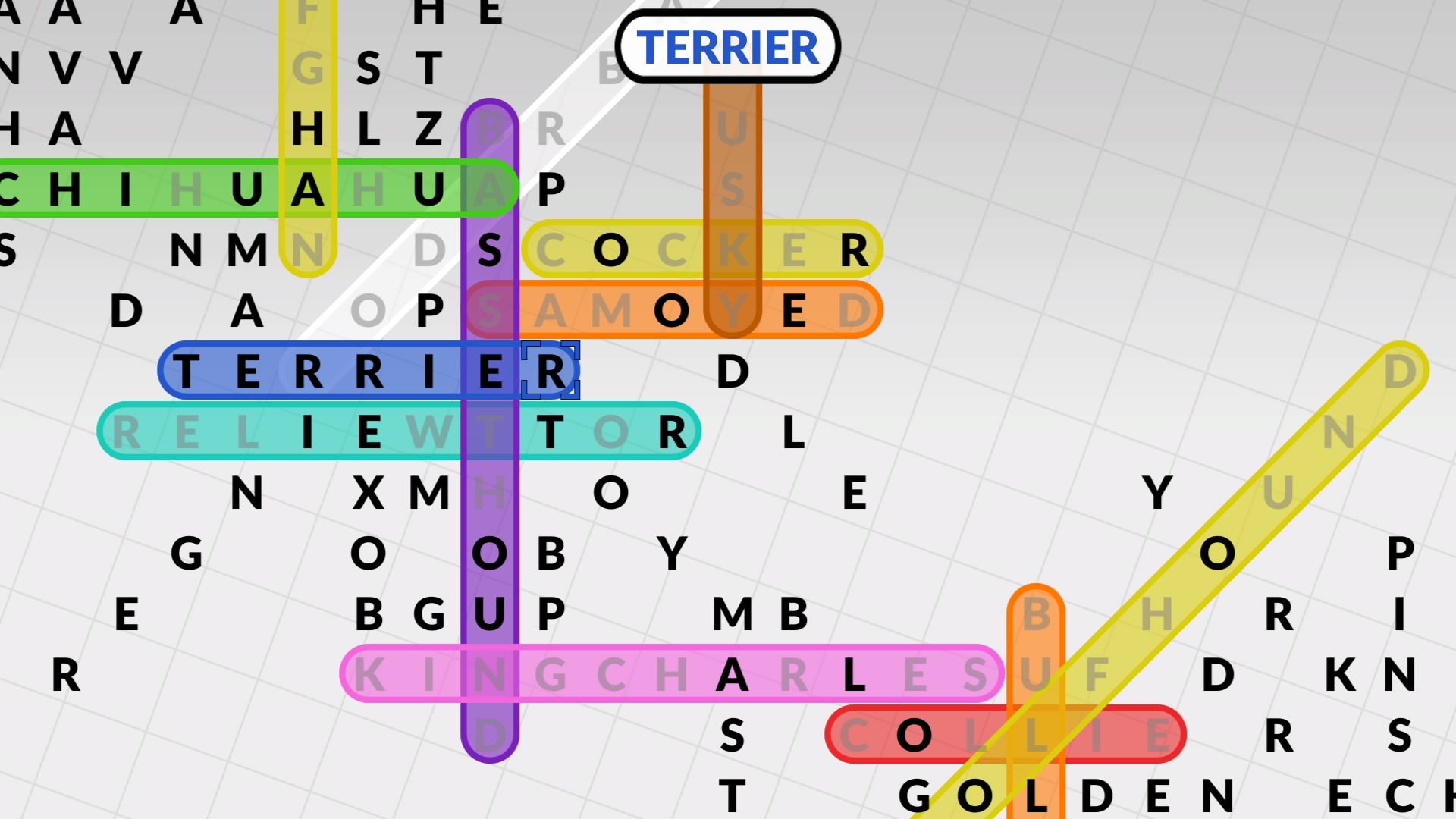 POWGI are back with another word orientated game, this time it’s a word search puzzle called Fifty Words by POWGI. If you’ve played any of the other POWGI titles such as Mixups by POWGI, Crossovers by POWGI or Word Wheel by POWGI, then you can have a pretty good guess what kind of game Fifty Words by POWGI is and whether you’ll enjoy it.

There are no girds to speak of in Fifty Words by POWGI, all the letters are connected in some way whether making words diagonally, vertically or horizontally. Words are also spelt backwards, the idea is that you must find the Fifty Words that are contained within the unorthodox crossword. Each puzzle is named after a word or sentence that describes the words that can be found.  For example the stage called Got the Blues? contains words relating to colour like Cyan, Azure, Steel, Midnight and Pacific, whilst the stage titled Ends With X only has words that end in the letter X such as Complex, Matrix, Index and Convex. 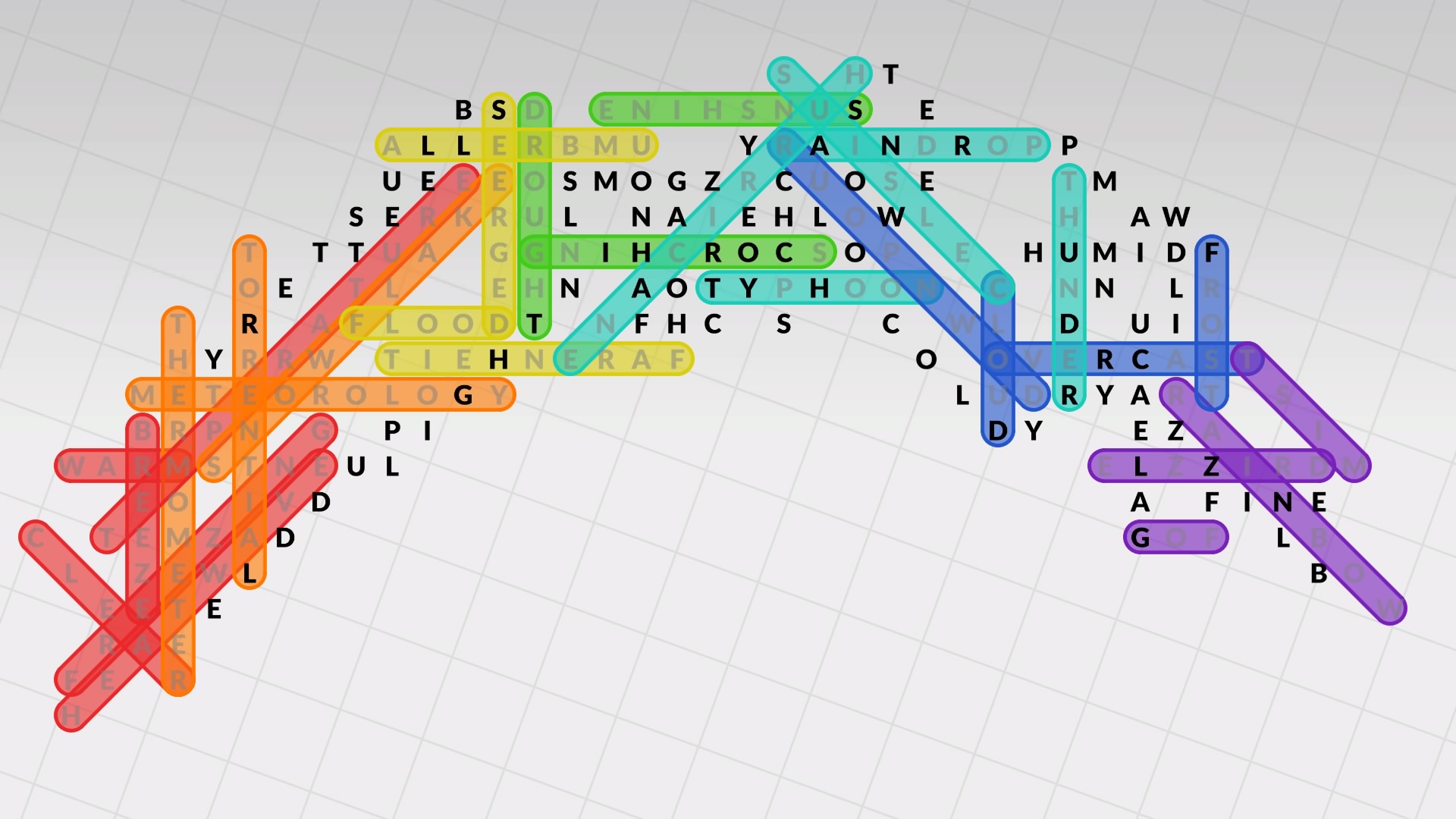 When highlighting a word in Fifty Words by POWGI, if correct it will stay coloured, removing the letters that are no longer needed and leaving the letters that are part of another word. Once you start narrowing down the words then it’s gets easier to identify the remaining words. There is a word list you can refer to if you need help. It’s up to your personal preference whether you want to use the same highlight colour for each uncovered word, but it’s advisable to select the automatic function that cycles through 10 colours when highlighting words; something you can change via the settings to select the colours accordingly.

Just like other POWGI games, Fifty Words by POWGI records the time it takes for you to complete a puzzle, unfortunately, like the rest of their games, there are no leaderboards, locally or online, to compare yourself with. Once you’ve completed a puzzle the only reason to go back to it is to beat your previous time, but it’s highly unlikely you’ll fancy doing that. Fifty Words by POWGI is certainly a play once only game, it’ll probably take you between 6-10 hours to complete each puzzle, depending on your ability to identify words. You will most definitely learn many more new words for your vocabulary, thanks to Fifty Words by POWGI, making this a good educational game as well as a puzzler. 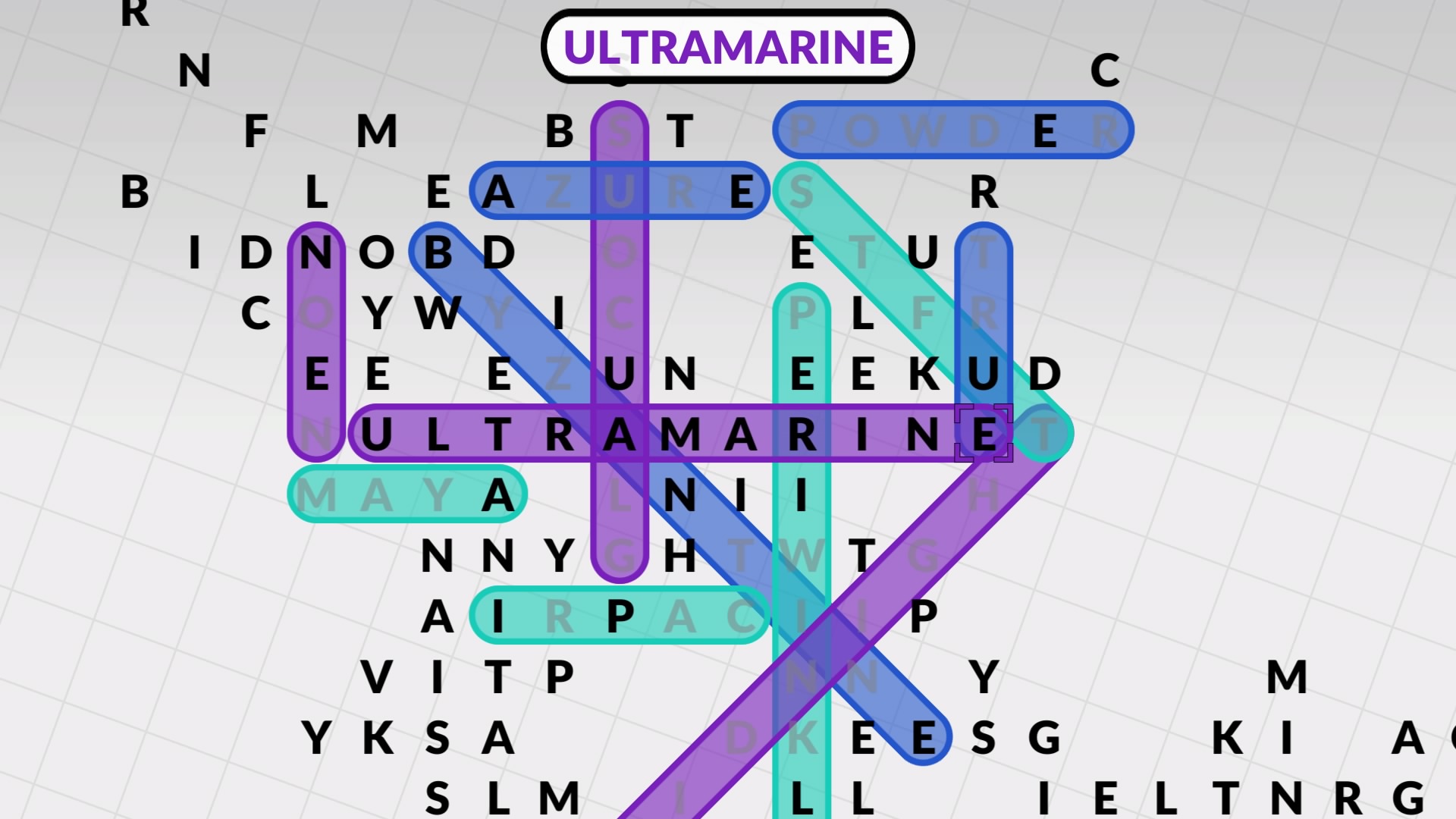 The addition of the highlight colours means that Fifty Words by POWGI is rare for a POWGI game, because there’s a few more colours on view instead of the usual variations of white, grey and black that are usually found in a POWGI game. Musically, Fifty Words by POWGI follows in the same footsteps as previous titles with what is best described as elevator music, but music is probably one of the least concerning elements of a puzzle game. As I’ve mentioned before it’s always difficult to review a game like Fifty Words by POWGI because of its limited nature, it’s easily a game that could be a mini game in a larger title. Due to a lack of multiplayer or online functionality, once you’ve completed Fifty Words by POWGI, there isn’t any real reason to go back.

Time to warm up your crossword skills in Fifty Words by POWGI.