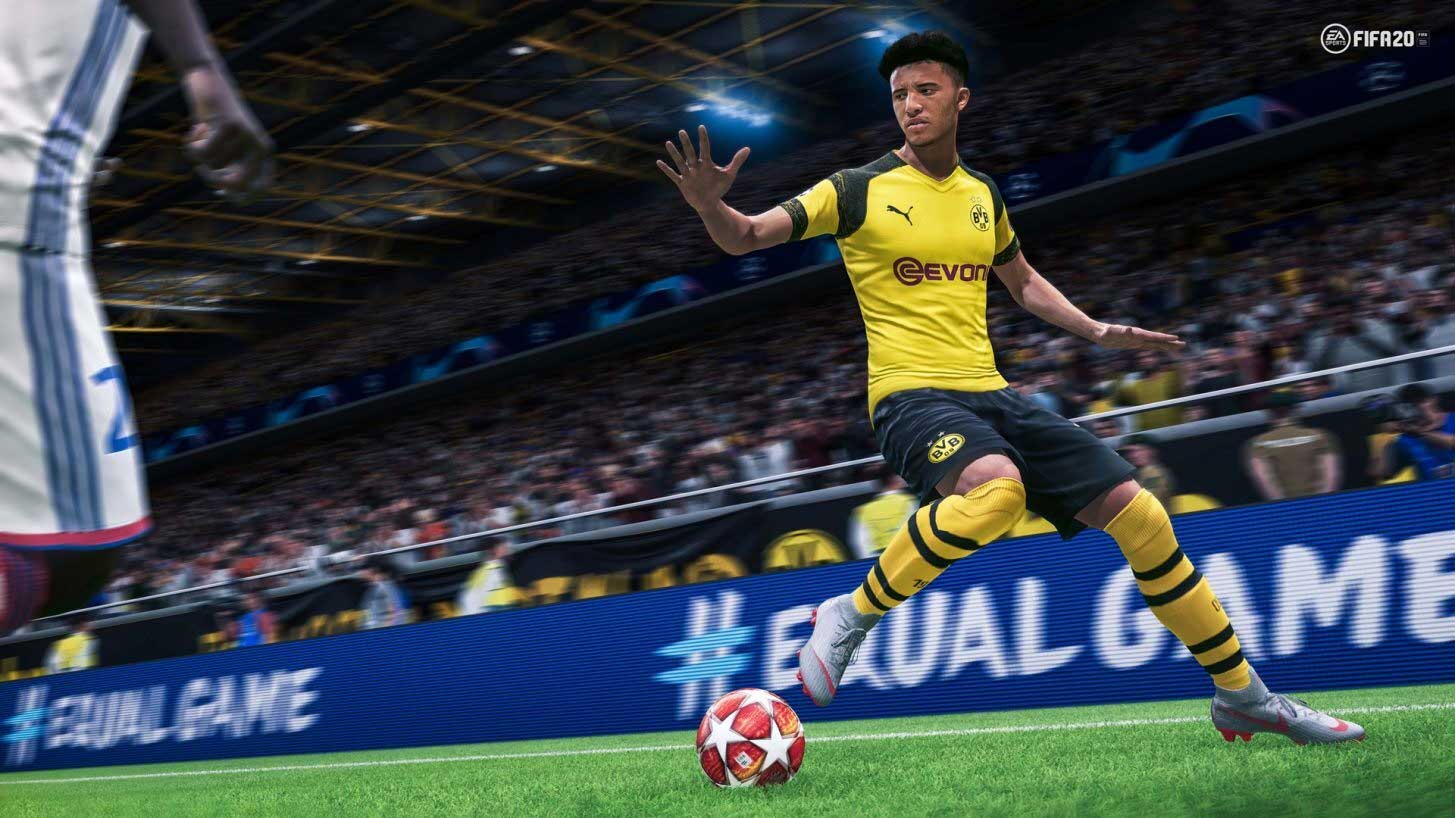 No more than a month ago, we all had a chance to witness NBA 2K20, which has taken the world by storm with its downright sinister microtransactions, and borderline non-existent effort on the developers side. In fact, 2K’s orange ball simulator was so low-rent, that its task bar icon on PC read NBA 2K19, further reinforcing the longstanding meme that sports games are just being re-released year after year, with just a new number slapped on the box. As this generation is now coming to a close, many have expected FIFA 20 to be exactly the same. Thankfully, this is not the case – at least not in its entirety.

Before we jump into all the new additions, it is important to discuss FIFA’s gameplay, as ultimately, it is the only thing that matters – as most of us play one or two modes throughout the year, with very little regard for all the new bells and whistles which EA may, or may not have included. While FIFA 20 is not the ground breaking title which many would like it to be, then it still features a plethora of new features and gameplay improvements, which will be dearly welcome by some, if not most.

First off, the said gameplay improvements relates to aerial duels, because as we all know, in previous instalments, the only reliable way to take goal kicks, was to either pass to the nearest defender or to lightly lob the ball to one of the fullbacks; because if you were to just punt it, aiming for one of your midfielders, all you had left is to hope that a rebound, would somehow fall to one of your outfield players. However, in FIFA 20, aerial challenges are an actual thing. Meaning that you can now contest every high-ball and yes, even if your player is standing behind your opponent, you always have a chance to win the ball, as long as your player is tall enough, athletic enough and if you time the reception/pass better than your opposition.

Introduction of actual aerial duels alters the dynamic of the matches ever so slightly, as now, there is a certain level of emphasis put on taller, more athletic players – especially in the final third. While shorter players like Messi, Insignie, and Kante can still have an influence on the game, then they will always be outperformed in the air by players such as Ronaldo, Alosno, or Lewandowski. This allows you to Mourinho your way to victory, by pinging long balls from your defence straight up to your strikers.

While aerial duels have been overhauled for the better, then some may be upset with how EA has changed short passing. As in previous FIFA’s you could string short passes for as long as you desired, because those would always maintain the same speed and accuracy. However, now, the longer the passing sequence is, the faster, and more inaccurate the passes become. Meaning that sooner or later, one of your players will either spill the ball, or simply fumble his own pass straight into your opposition’s hands, or rather feet. And while some of you may not like it, then this change to passing, ultimately improves the flow of the game, as it constantly forces you to alter your playstyle and go for more than just short passes.

From the time I’ve spent with FIFA 20, I could straight away make the two above observations. However, what came with them, is the fact that FIFA 20, while heavily favouring height and athleticism, is also really big on pace. In the last two instalments, 60/70 pace Centre Backs, often wouldn’t struggle with opposition forward’s with 80 to 90 pace. However, in each and every match which I’ve played against a human opponent, I couldn’t help but notice that pace is everything. 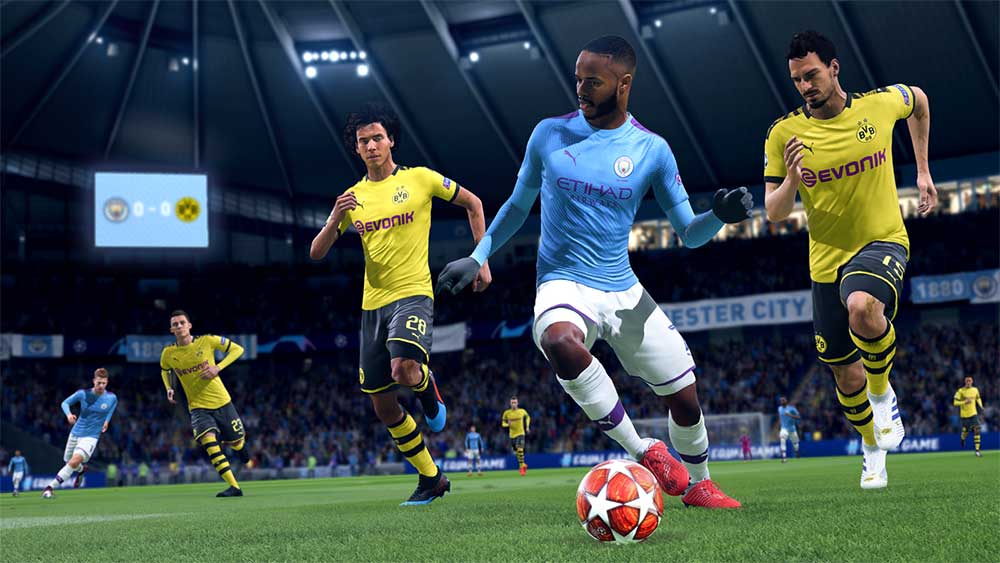 In one of the final matches which I’ve played, before I jump backed into Volta (which we’ll discuss later), I had Koulibaly and Acerbi as my two main Centre Backs, in my makeshift Serie A team. As it happened, my opponent had Griezman as one of his forwards and sure, Koulibaly has 71 pace, whereas Griezmann has just 10 more, at 81. But Koulibaly, could never for the life of him, catch-up with Griezmann. Even with a significant head start, Koulibaly, or any of my defenders for that matter, would have real hard time in closing Griezmann down. To cut a long story short, I lost that match 3-1 – with all three of his goals coming from Griezmann, and my single consolation goal coming from 5’0’’ Piatek.

Overall, the return to pace feels a little disappointing. But FIFA 20 is surely set to receive some big balance patches in the upcoming month – just like every other release in the series and while balancing may be altered with a single patch, then such won’t do much for the title’s content, which, while still largely similar to that of FIFA 19, does feature some welcome additions.

As far as Ultimate Team goes, not much has really been added. For one, EA has now added TIFOs and Banners, which can be altered regardless of your team badge, and kits. The mode now features a battle pass like levelling system, where after completing certain challenges, you gain experience, which in turn allows you to level up, and unlock new players, TIFOs, and some quite unique packs. This is it for all the new additions. Yes, the chemistry system has been changed slightly, but such changes are barely noticeable. Whereas the core menu system has received a quality of life downgrade and is now a nightmare to navigate.

Now with Ultimate Team left behind us, its time to discuss the newly added Volta, which is basically FIFA Street, but in a Weight Watchers kind of way. It still revolves around the principles of street football, and tricks, but it is in no way, shape, or form as profound and in-depth as it perhaps should have been. But even with its limitations taken into the consideration, it is still a welcome addition.

Volta comes as its own mode, which can be played in single matches through Kick-off, or through the separate Volta mode, which features a story, and a plethora of other challenges. In all honesty, the story mode of Volta, just like the story mode in previous FIFAs is a turbo charged cringe-fest. But that being said, it is above and beyond the rather pathetic showing from the previous three instalments and this is mainly due to the fact that Volta, even with its limitations, feels incredibly refreshing. 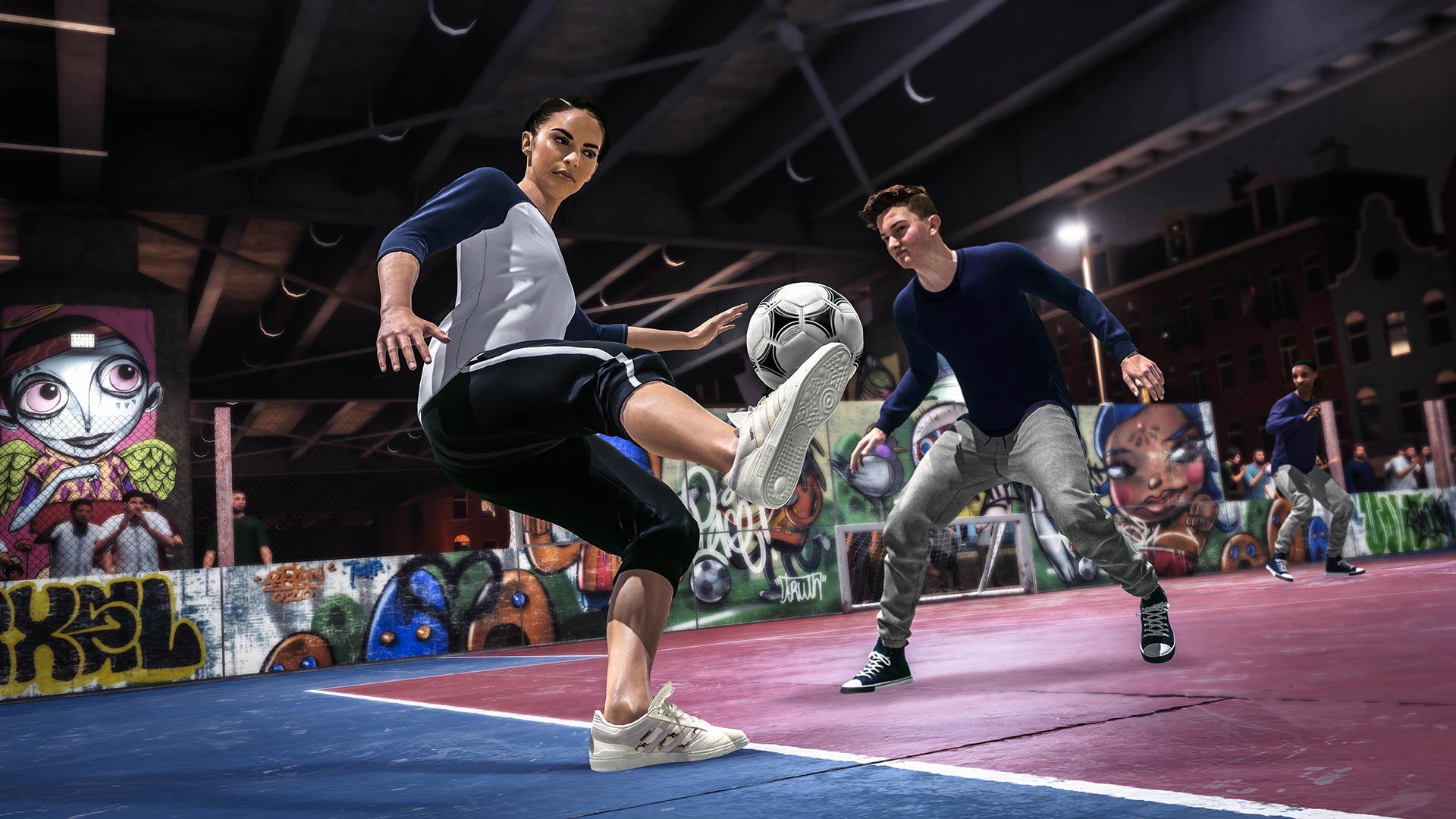 Volta matches can be played in 3v3, 4v4, and 5v5 and those modes can be played in either a standard variant, where one player acts as a goalkeeper at all times; Rush, where all players act as outfield players and track back at random to protect the goal; and lastly futsal, which is similar to the standard mode, but allows for outs, and set pieces. This sheer variation, makes Volta the mode to play, as it is simply the best that FIFA 20 has to offer. The matches are fast paced and feature the intensity like no other modes before. The level of customisation allows you to alter everything from your character’s underwear, to the on-field tactics and best of all, you are constantly unlocking new characters, skills, abilities, and clothing as you play, meaning that unlike Career Mode, or Ultimate Team, Volta doesn’t stagnate as fast.

Volta is great, to put it shortly, but it does feature its fair share of newly introduced microtransactions. And while those all relate to just the cosmetic items, then those particular items have been designed to attract as much attention as it is humanly possible. Because your standard clothing, comes in tame tones, shapes, and sizes, whereas the premium clothing, is flashy and instantly recognizable. Sure, you can obtain all the in-game items by just playing Volta, but the flashier cosmetics are only in-game temporarily. So if you want to unlock them all, you will either have to slave in front of the console for 8 hours a day, or simply fork out the cash.

FIFA 20, whether in Volta, Career, Ultimate Team, or Pro Clubs, is an absolute grind and in order to achieve anything in either of those modes, you will have to sell your soul to the devil – or at least get a month off work. That’s because it is not humanly possible to experience all of it, if you are either in full-time employment, or full-time education and considering that Squad Battles from FIFA 19 have made a comeback, you may be forced to get yourself sectioned, because completing those particular matches, will likely eat away at your sanity.

FIFA 20 feels and plays like a game which is clearly heading towards a new direction, but with all the brand new and shiny, bells and whistles attached, it doesn’t really feel like a bona fide sequel. It feels like a major patch that a Battle Royale game such as Black Out or Fortnite would receive. Yes, Volta is a new addition, but it is as much to FIFA as Battle Royale is to Fortnite. The newly introduced and overhauled gameplay mechanics, are what a new season is to Black Out: Some gameplay gets altered, a battle pass gets added, but the flow of the game is largely the same.

In all honesty, FIFA 20 feels like a one great Battle Royale match, in which millions of people will participate and this match will continue until we reach the Team of The Year release, and the only ones playing FIFA will be YouTubers, and casual players who only play FIFA, and nothing more. And this begs a question, ‘How long can EA continue dragging this corpse?’. Because we have to be honest with each other here. FIFA 20, is not much different than FIFA 19, 18, or even 17. The franchise needs a serious overhaul, in terms of physics, graphics, and core gameplay and I know that a new generation is bound to kick in soon. If Xbox TWO, and PlayStation 5’s version of FIFA will start where FIFA 2020 left off, then the franchise will soon be in some serious trouble.

To conclude, all that has to be said, is that FIFA 20 does host a plethora of welcome additions, reworks, and overhauls. But besides Volta, it does very little to iterate on its predecessors. And while its nowhere near as bad as the aforementioned NBA 2K20, then it does show its rather weather façade, and rusty gears a little too often. And unless you are a big fan of the franchise or are simply addicted to the Ultimate Team mode just like me, then you should probably continue playing FIFA 19 until the price of FIFA 20 drops considerably, or until FIFA 21 comes out – preferably on the next generation of consoles.

FIFA 20 may not be the reinvention which the series so desperately needs, but it does enough to warrant its existence.