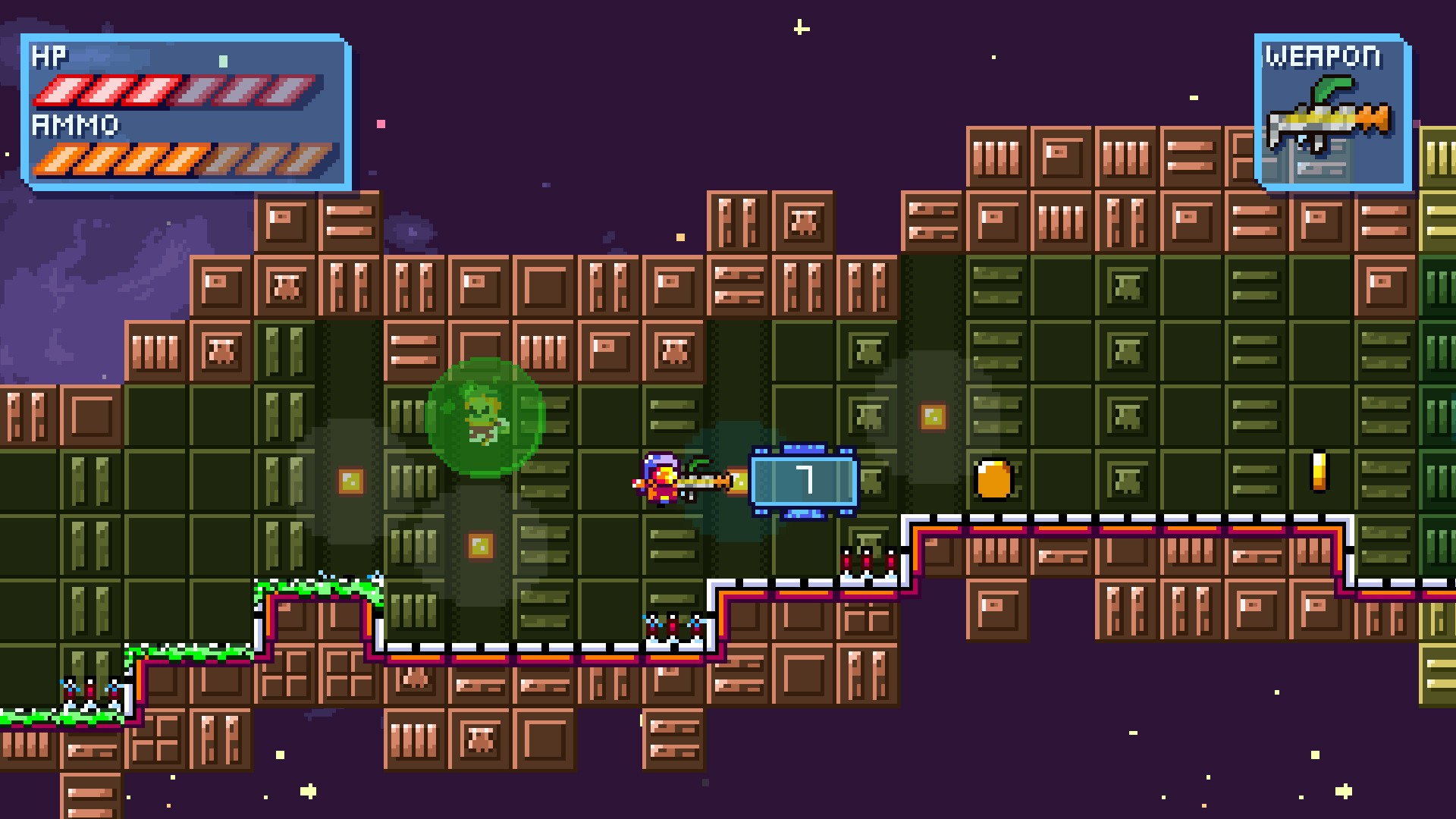 You’d think when the inhabitants of Earth do eventually start building scientific space stations in deep space, they take a good look at films like Aliens and Starship Troopers. Unfortunately, there appears to be things out in deep space that are likely to do us harm and that’s the case with Deep Space Rush. This time around, you are are part of a top secret security force that protects space stations from virus contaminations and the title Deep Space Rush pretty much sums up what you will be doing.

Deep Space Rush has no story or plot to speak of besides the initial introduction at the start. Deep Space Rush is a side scrolling shooter which will give you nostalgic memories of the eighties. You start off on your pretty basic ship, you jump onto the space station which is a randomly generated level and proceed left or right killing everything in sight, picking up coins and jumping over traps. That is all you do in Deep Space Rush, each level will be different, the levels themselves are split up into small sections where a wall appears behind you once you reach a certain point. These sections are colour coordinated so you know you’ll be reaching the end of a section when you see a change in colour. You proceed until you die, then you just restart a newly original level. Your coins transfer over and so do your upgrades, so you should last longer each time you play. 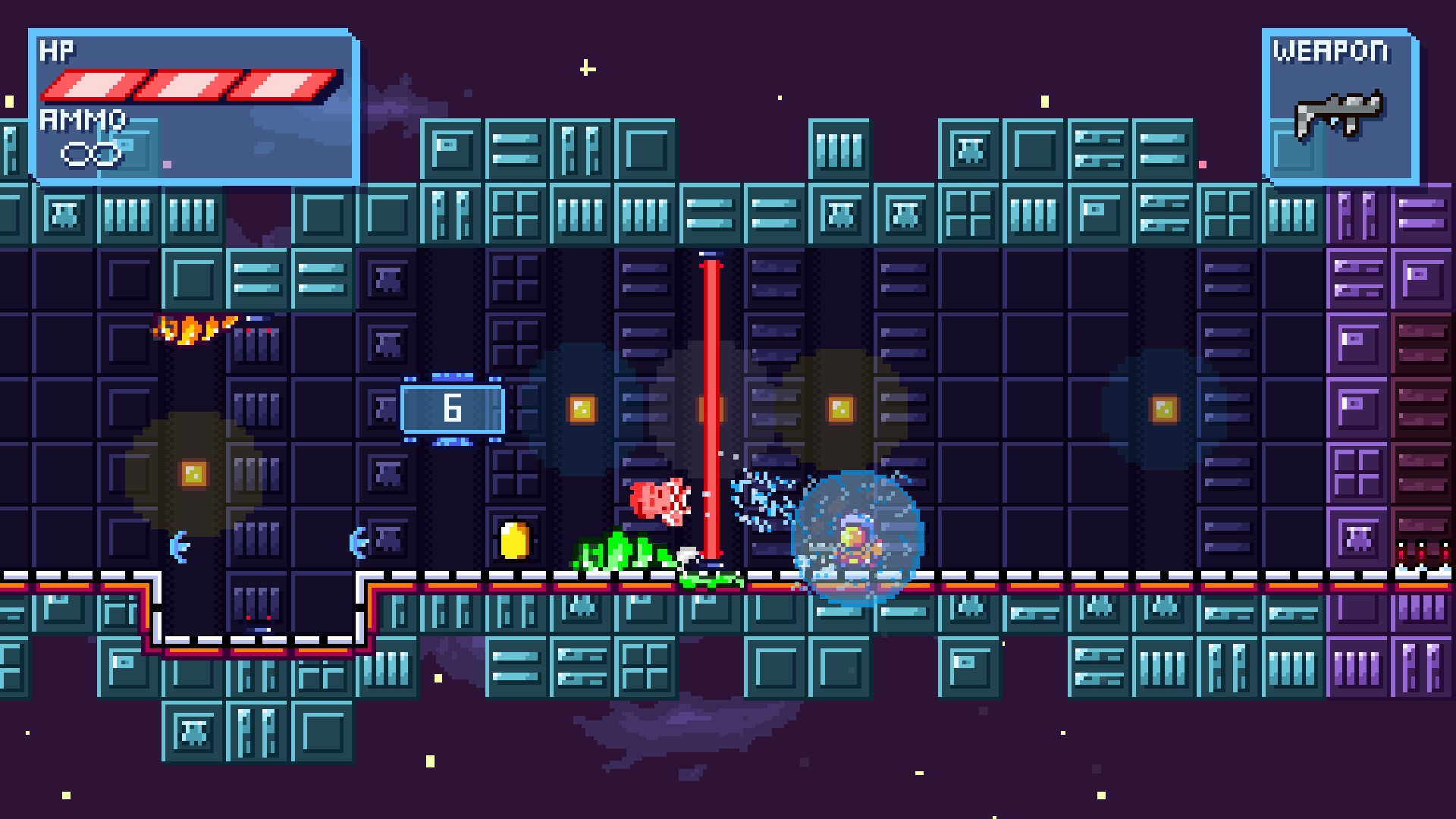 You may ask what the coins which are stored on these scientific space stations are for in Deep Space Rush? Well conveniently there are shop checkpoints, they are on your ship and dotted along the randomly generated levels. You can spend your coins on increased health, a more effective weapon with unlimited ammo, other weaponry that can be picked up but is not unlimited, a temporary shield and a power that makes you a lot faster. It probably only takes you about half an hour of constant play to pick up enough coins to max out the entire shop inventory. The health increase makes you last noticeably longer in a run, the unlimited weapon kills enemies a lot quicker when upgraded so you’ll find yourself going quite deep.

Enemies and traps are reasonably varied. There are zombie like enemies that come in different forms, the red ones explode taking out part of a level with them which can be quite annoying if the space you can jump across because of their destruction is a trap! The ghost zombies flicker in and out of existence which is quite cool the first time you come across them. There are caterpillar like creatures who can fall from the ceiling and grab your face like a face-hugger from Aliens, other caterpillar like enemies hide as traps or explode a sticky green substance. In terms of traps there are your standard spikes that come out of the ground and lasers in different forms. It’s a decent selection of enemies and traps which get more varied the longer you play. As mentioned parts of the station can be destroyed so if you fall into space you die instantly which adds a little more fear to Deep Space Rush as you try to run through. 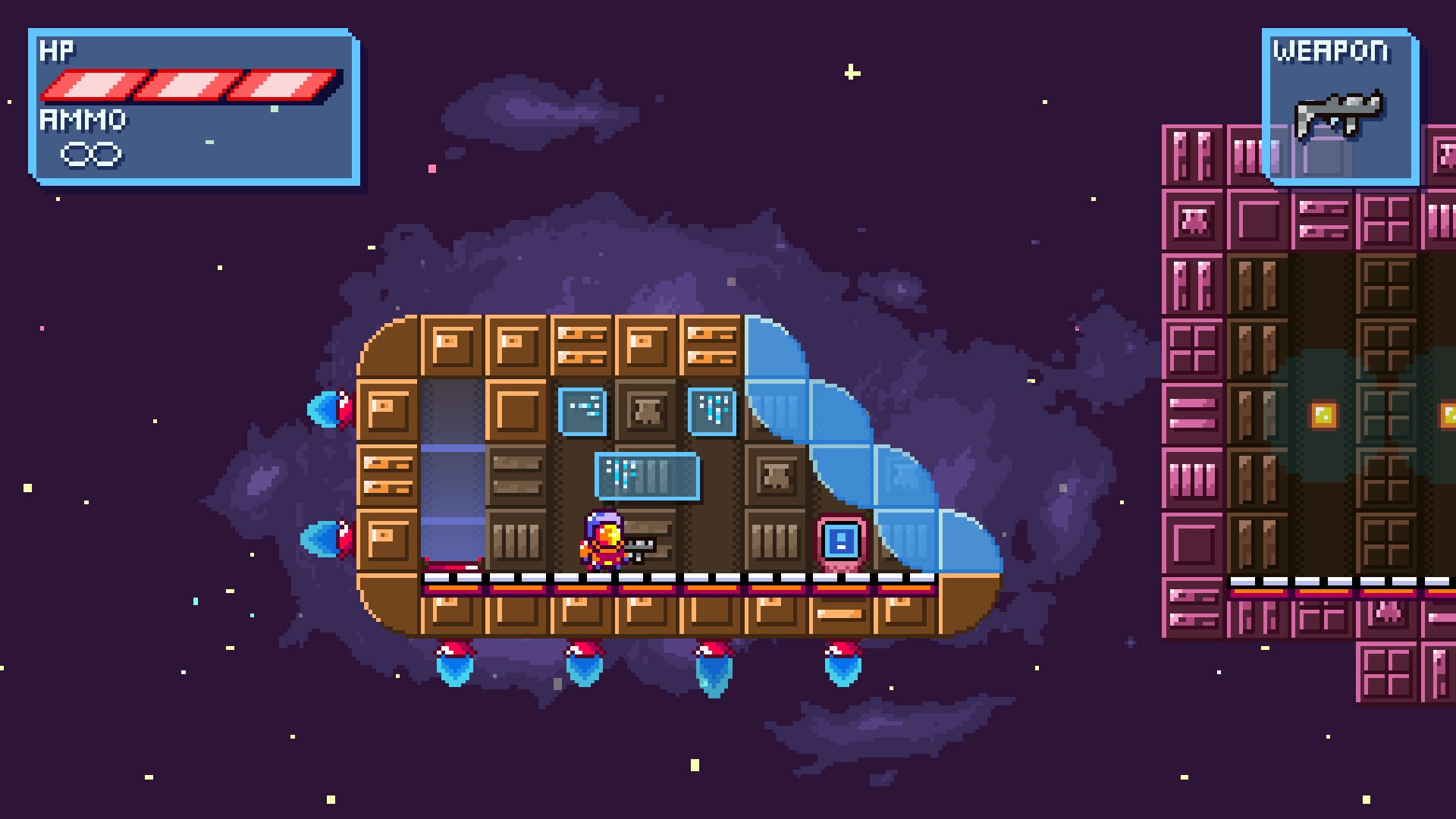 Deep Space Rush is fun for about 5 minutes, it’s a game you can pick up and play from the start but you’ll soon realise there isn’t any depth to it. The randomly generated levels at first sounds like an intriguing idea but you’ll find every game of Deep Space Rush plays exactly the same. If you’re feeling nostalgic then Deep Space Rush might give you a few mins of reasonable gameplay but you’ll soon tire of the repetitiveness.

Another scientific space station has succumbed to hostiles. Time to grab your gun for another Deep Space Rush!