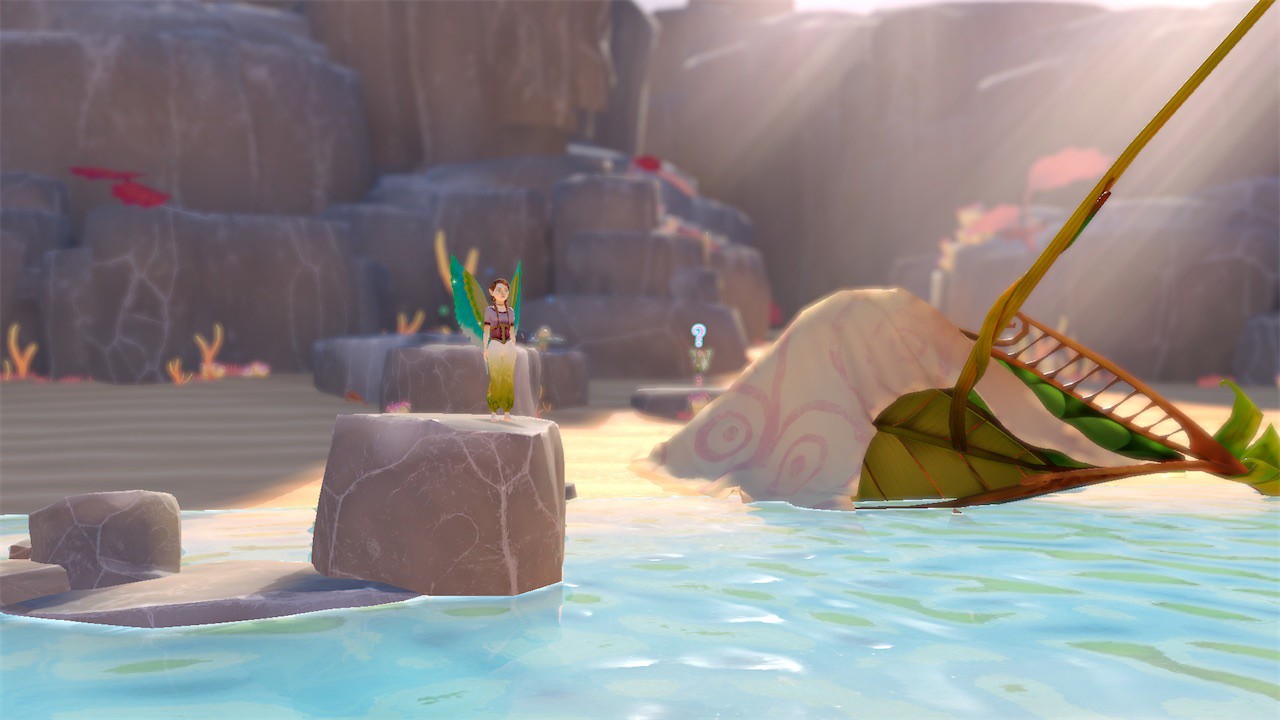 Games based on movies generally do not do well, especially games that are released around the same time as the movie it is related to. Bayala – The Game is the latest movie tie in but the film hasn’t been released here yet, so there’s a chance Bayala – The Game may buck the trend. For those who may not be aware of the origins of Bayala – The Game, it’s based on the toys made by Schleich who make a lot of animal toys, more recently Elven characters were introduced and this is how we get to Bayala – The Game.

In Bayala – The Game you play as Surah as she makes her way across the magical world of Bayala. Unfortunately the dragons start to disappear and with that the power of magic disappears as well. The Shadow Queen must be stopped to return magic to Bayala. Bayala – The Game is an action adventure game with a fair bit of platforming. There are various quests you must complete to move the story along, each stage is split into levels where most of the objects you need to complete tasks can be found. The Bayala world is split up into different sections, when you complete enough quests then you can access the next section. 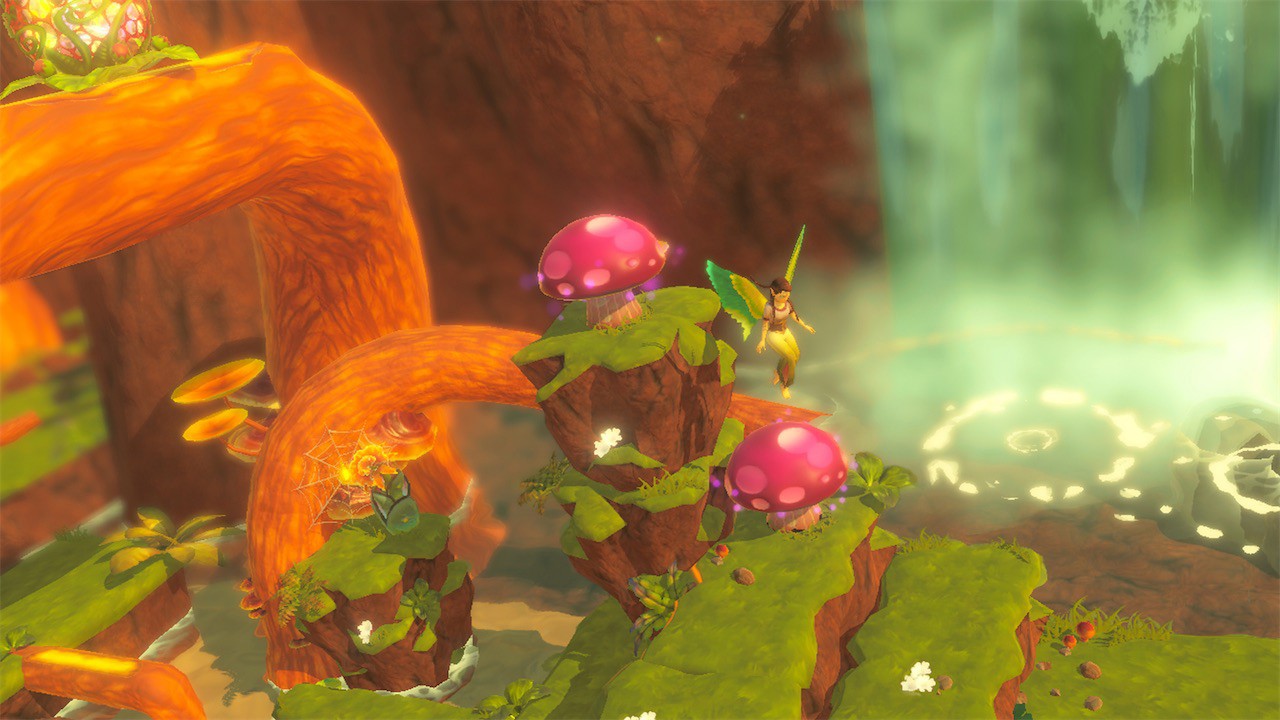 Bayala – The Game is aimed at a younger market just like the film. In each area there are portals that take you to different parts within those areas. This is where most of the platforming begins, you run and jump around collecting items, planting seeds and whatever else your quest requires you to do. The first few quests in Bayala – The Game revolve around a celebration, so you need to decorate the town.

Bayala – The Game is a fairly linear game, once you open up the portals you can jump through them whenever you want, however you may see things that look like they are important. You will be right in thinking they are important but they won’t become interactive until the relevant quest is completed. Unfortunately in Bayala – The Game there’s a lot of going forwards and back, a character gives you a task, you look at the map to see which portal to use, jump into that portal and complete the task, then go back to the character who set the task to collect your reward, repeat. 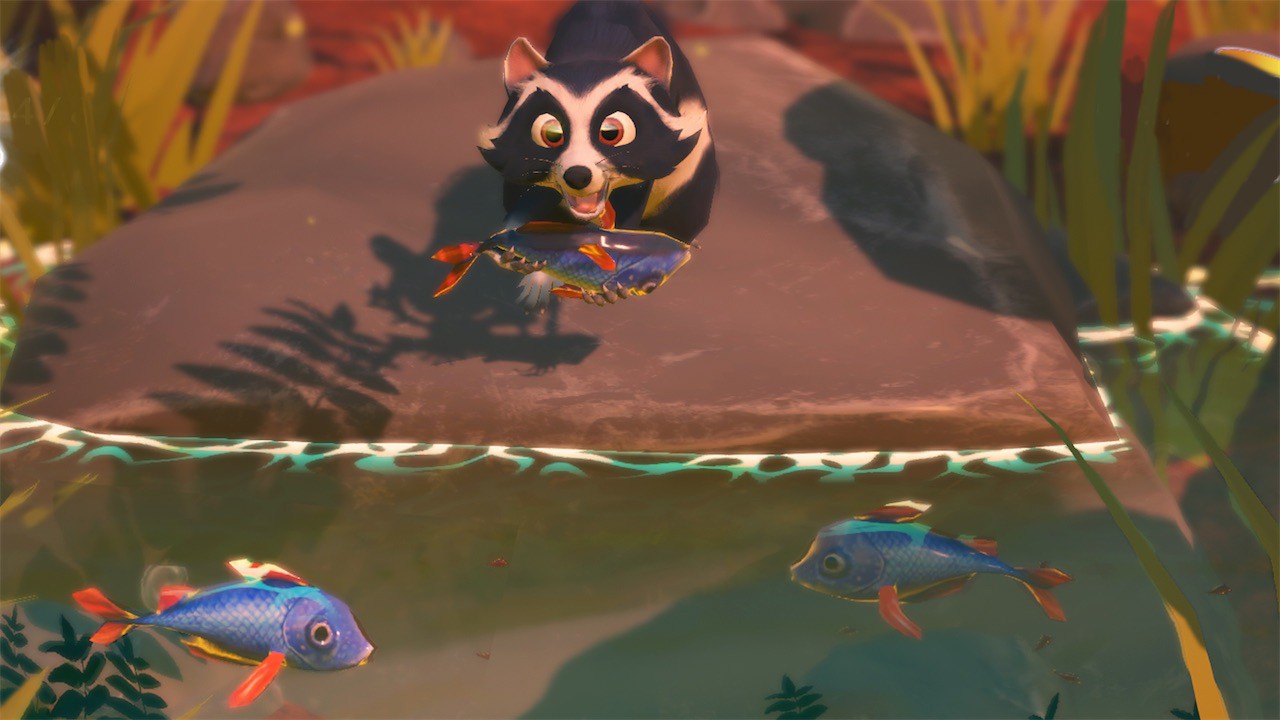 Platforming is what you will be playing the most but there are a few little side games that break up the gameplay in Bayala – The Game. You travel on a horse in-between stages; a bit like a racing game dodging obstacles. There are also mini games such as catching fish or matching jewels which add a little variety to Bayala – The Game, these mini games can be played outside of the main game. Graphically Bayala – The Game is very colourful and the characters are well designed, the cutscenes are really good. Combat is pretty basic, you just punch things but it’s a minor issue. The platforming physics can be a little off, you’ll find yourself regularly falling off smaller platforms. There are points where you need to grab onto a platform before pulling yourself up, it’s the most annoying mechanic, sometimes you need to jump back off and on again to pull yourself up

The evil Shadow Queen must be stopped and you’re the only one who can do it!