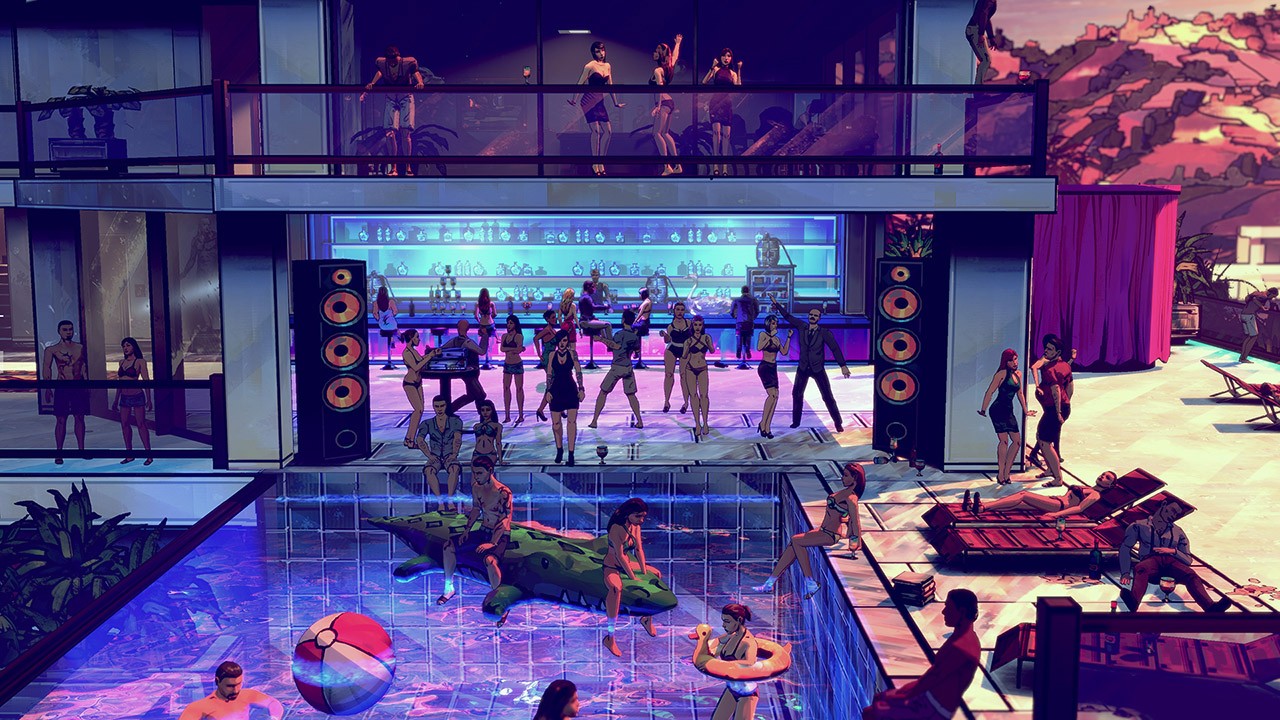 I’ve often wondered why it is that I love playing video games so much and my only conclusion is that it stems from my love of comic books as a child. After all, they’re quite similar in their premise and design. Both tell a story through the medium of visuals and a narrative. Both show graphical depictions of the story they are telling; whether they’re a drawing within a page or on the screen, both can be called graphical designs. However, with the immersion of playing a role within video games, it was soon to set my fascination with comic books to the back burner. So, imagine a video game that runs like a comic book with its art style and framing. Well, Thief of Thieves: Season One is just that, based on the comic book created by Robert Kirkman, who is also responsible for The Walking Dead, which sees you play the role of an up-and-coming thief as it stealthily releases onto the Nintendo Switch.

Developed by Rival Games and published through Skybound Entertainment, Thief of Thieves: Season One follows the exploits of wannabe thief, Celia as she embarks on a series of missions or quests that run over four complete chapters. Guided by her mentor, Conrad Paulson, or Redmond as he is known by his alias, Celia follows a series of instructions that sees a change of direction from Redmond’s past as a professional thief, by targeting other thieves instead of the innocents. By taking orders and receiving intel over the phone from her employer, Celia plays a more boots on the ground role as you infiltrate a number of establishments and use your knowledge of stealth in order to acquire a particular target or item.

The first thing that strikes you about the game, is its presentational style. Much like a comic book strip, the graphics take on a very detailed, hand-drawn aesthetic that runs through a series of animated frames in order to set up the story. It’s a very effective way of story-telling and looks fantastic on the Switch’s screen; although in comparison to other versions of the game, has lost some of its clarity with this port. Once the scene is set, you then take control of Celia, as you sneak around the environment, avoiding detection and learning where your target is or your way around the security in order to breach rooms, buildings or garages. If you imagine a crossover of Hitman and Splinter Cell, all within a backdrop of Reservoir Dogs and Pulp Fiction, then you’ll get a good sense of the atmosphere that this game portrays. 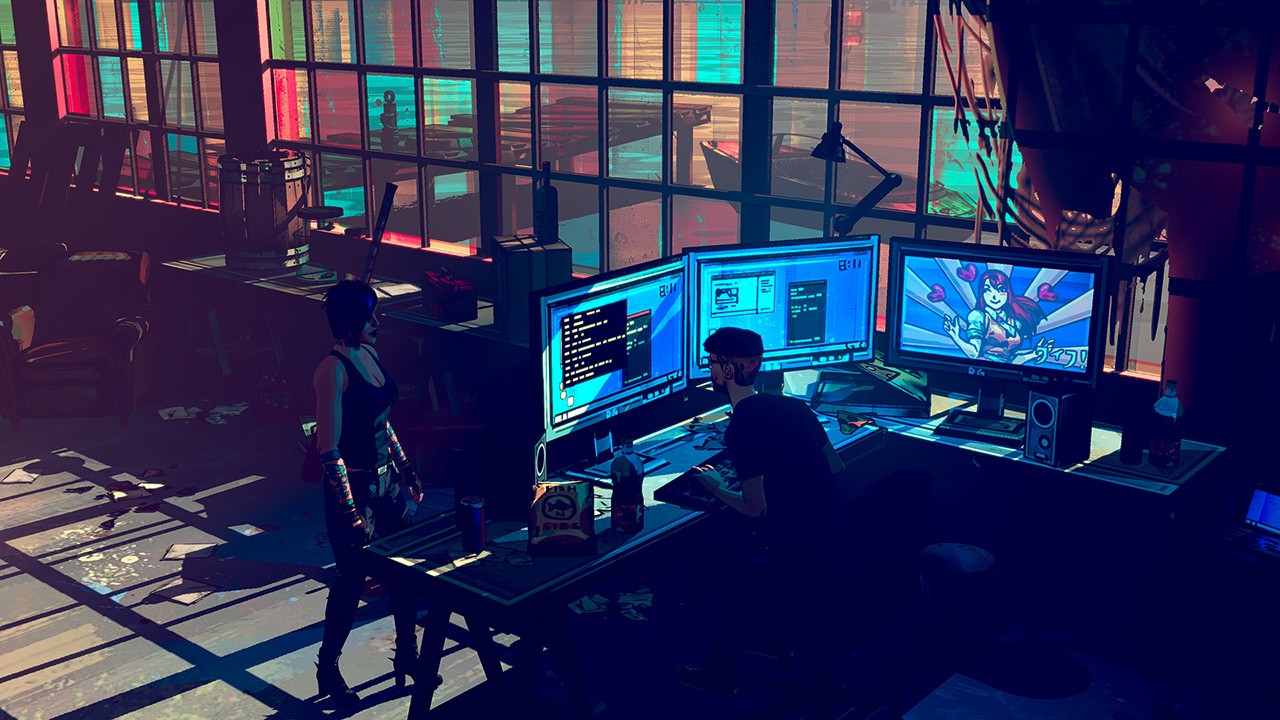 This is largely down to the stealth mechanics of the gameplay and the settings in which you find yourself, but also due to some interesting levels of gameplay that adds information and asks questions as you play; altering the course of your trajectory that are based on your actions. In a similar fashion to Splinter Cell: Conviction the scenery projects information and points of interest, such as security stations, points of entry and possible routes. It helps to keep things running along as you acquire new information with each locale you find yourself in; whether it be the externals of a building, a balcony or within a room. Along with the information of Redmond, it helps to guide you or points towards what you need to do next in order to try and avoid detection from the numerous security measures that are put in place.

The whole presentation of the game is one of its strong points, from the movie-like intro to the flashbacks of memory-driven recalls, there’s a very ‘Hollywood’ feel to the whole aesthetic of the game. However, the same can’t be said, unfortunately, for the overall gameplay and technical performances of the game. As you would expect from a game of its type, the art of being stealthy is paramount here. Sneaking amongst the shadows, donning disguises and generally avoiding detection. However, there are also a number of other elements that come into play as you embark on a series of tasks. You can examine items, listen in on conversations, pick pockets, pick locks and create distractions in order to get ever closer to the target of your main objective.

There’s no violence or combat here. Your main aim is to get in and get out undetected and for the most part, it works quite well in what it is trying to achieve. However, where it fails is within the freedom of how you approach each job. For instance, disguises can be acquired to blend in, but others cannot be worn. You can vault over obstacles or climb up to areas, whereas other simply cannot be traversed. It brings a limitation to what you are able to do within each of the environments and, ultimately, leads to a trial-and-error style of gameplay that asks you to find the correct paths and patterns of behaviour in order to succeed. This ultimately leads to a lacklustre feel as you try certain pathways, die, then rinse-and-repeat until you find the correct pattern or linearity of pathway that you need to succeed. 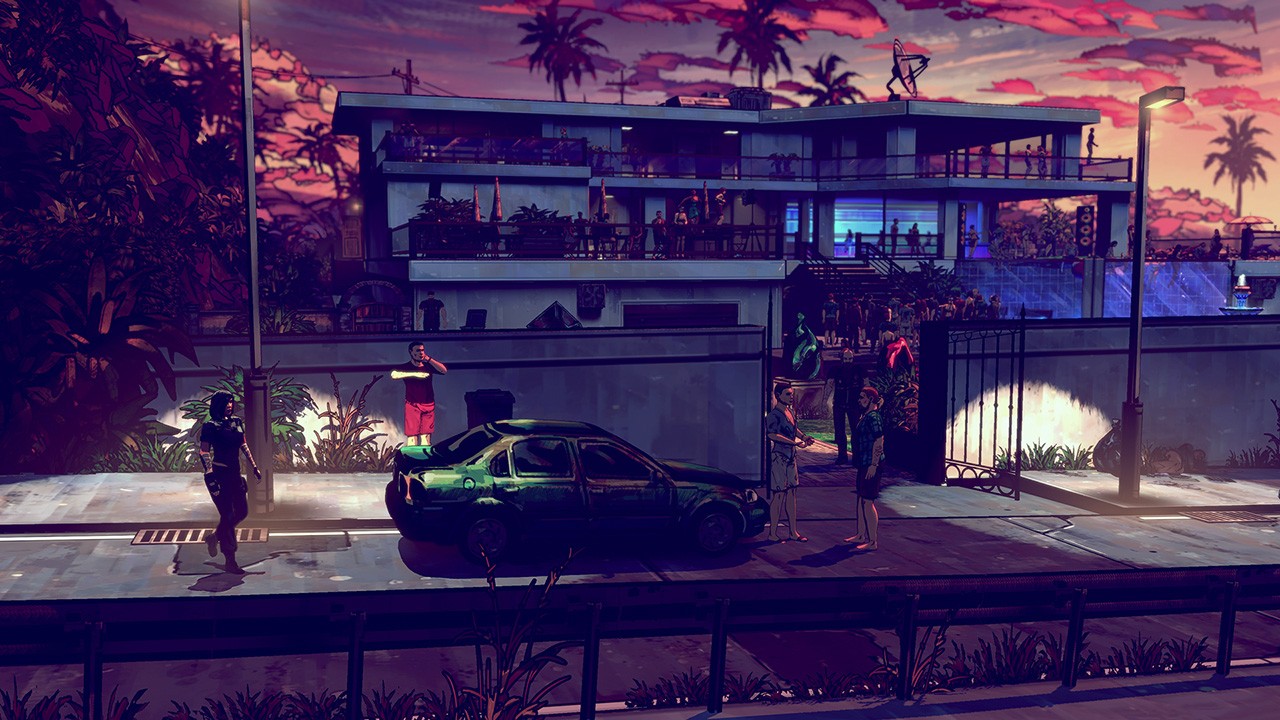 This is further hampered by some inconsistencies within the gameplay, with some security guards spotting you too easily and immediately rushing over to incapacitate you, whilst others act a bit too dumb to be bonafide security men. Whilst staying in the shadows is a safe and sure-fire way to move around, a very restrictive series of camera angles can make it very difficult to properly read the terrain or movements of guards. What should be a game that promotes an air of exhilaration with each levels completion, gets taken over by more of a feeling of relief that you have finally got through it, without any sense of excitement really being present at all. It ultimately just feels a bit flat in its execution and soon, the game itself becomes a bit stale.

Some technical issues also prevent the game from reaching the heights it so desperately tries to reach. Dodgy translations in parts of the narrative, missing audio bites, a couple of game-ending crashes and a corrupt game-save were some of the issues I came across, which adds more disappointment to an already lacklustre experience the more you play. Thankfully, a generous auto-save function stops these things from being a game-breaking disaster, but they’re still, nonetheless, an unwelcome addition that simply mounts upon the levels of uninteresting gameplay.

Overall, Thief of Thieves: Season One can only be best described as a game that tries very hard, but fails to reach the levels it could easily be capable of. The overall presentation of the game is sublime with some lovely story-telling techniques and a visual fidelity that is interesting to look at and partake in. However, everything simply falls apart when it comes to the gameplay, with a linearity in how to achieve success, some frustrating mechanics and a few bugs that can potentially, break the entire game for you. It all ends up feeling a bit flat and eventually, becomes something that it can’t escape throughout all of its chapters. In some respects, it is still a very playable game, especially if you’re a fan of stealth games, but is ultimately let down by too many frustrations, some bland mechanics and unforgiving technical difficulties.

Thief of Thieves: Season One Review

Thief of Thieves: Season One holds some good loot in what it does, but dull gameplay and technical issues means it won’t steal your heart.