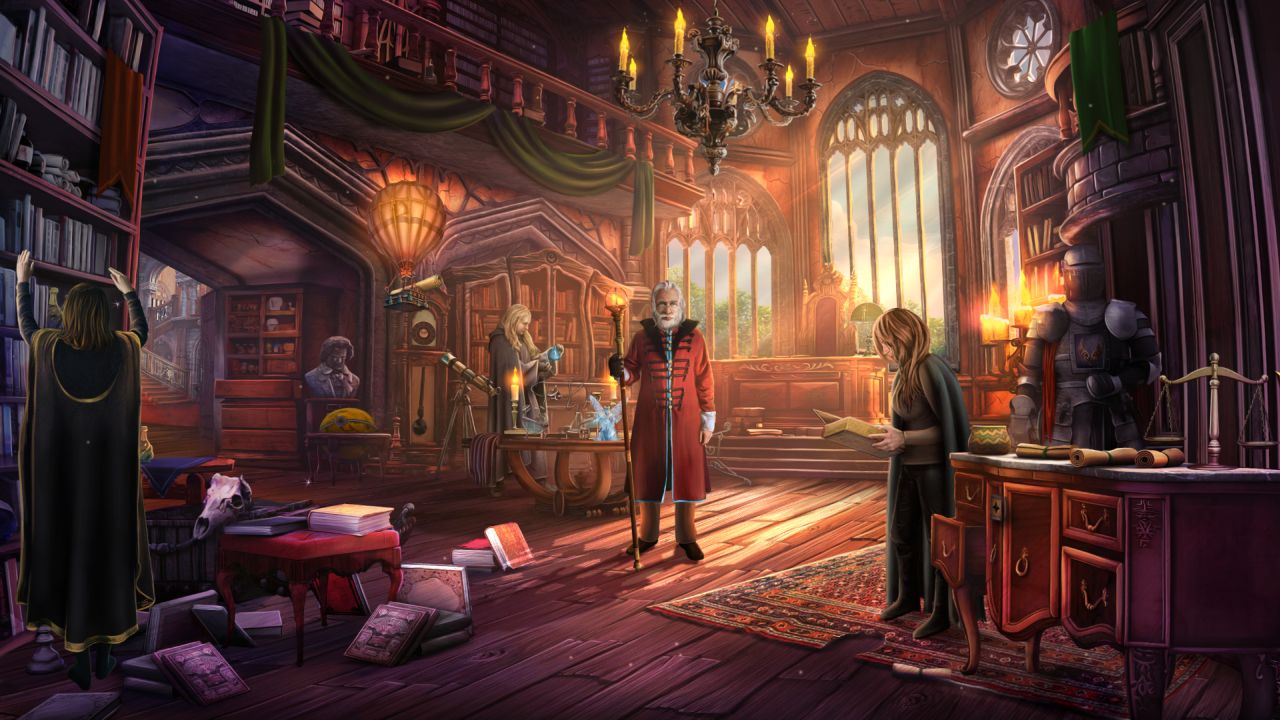 Anyone who’s been with Bonus Stage for a few years will probably have worked out that I’m a huge fan of Artifex Mundi. Ever since reviewing Grim Legends: The Forsaken Bride on the PS4 back in 2017, I’ve tried to play as many of their games as I can. With many developers facilitating in quality output from game to game, Poland-based Artifex Mundi have consistently produced highly playable point and click adventures titles. It’s true that point and click games are something of an acquired taste with their idiosyncratic blend of challenging logic-based puzzles, problem solving mini games and hidden object excerpts, but, over the years, interest in this genre has experienced something of a revival; and that fact alone is in many ways thanks to the work of Artifex Mundi. So when I heard that Queen’s Quest 3: The End of Dawn had made its way to the Nintendo Switch I was, to say the least, very excited. Very excited. I’m fairly sure that the game’s predecessor, Queen’s Quest 2: Stories of Forgotten Past, had skipped both the Xbox One and the Nintendo Switch, but the fact that the latest instalment in the Queens Quest saga had made its way to the Nintendo Switch is great news for both seasoned point and click gamers and newbies alike.

The storyline in Queen’s Quest 3: The End of Dawn is typical Artifex Mundi; a young child is left on the doorstep of the Zora Academy of Alchemy. Over the years the child,  Eliana, becomes the Academy’s most gifted student. As the game begins, Eliana is about to take her final alchemist exam when danger strikes. The Academy is attacked by gargoyles and its your job to defend your friends and fight off the demon hordes. To do this you must recover a number of magical Dragon Crystals that are scatted throughout the land. Queen’s Quest 3: The End of Dawn offers a great blend of challenging mini games and hidden object challenges. The mini games are varied enough to keep you interested but not so difficult that you’ll be leaning on YouTube to help you out. At the start of the game you have the option to set the difficulty mode which determines how quickly your hint option recharges. Early on in the game you enlist the help of a fairy who’ll help you find and retrieve items that you might not otherwise be able to reach. There’s also the obligatory inventory box that holds items that you pick up as you travel from location to location. 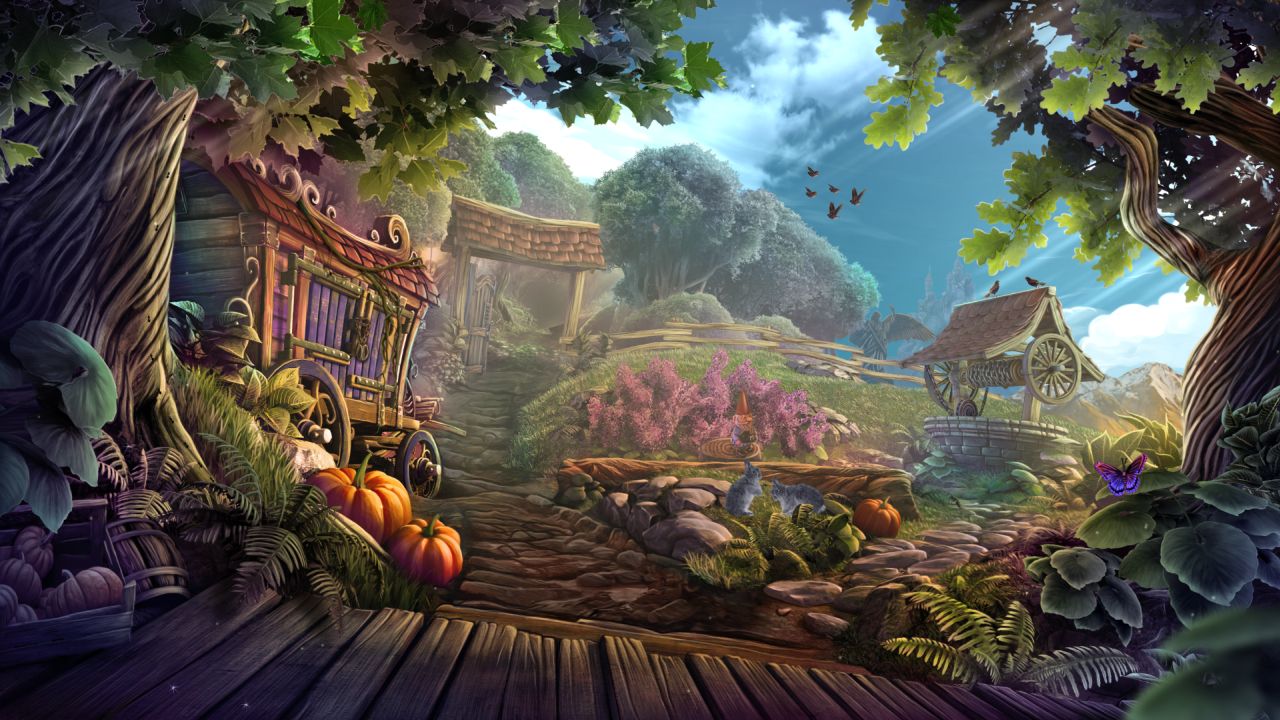 Usually you’ll be employing these items to help unlock doors, create new objects and gain access to new areas. As with most Artifex Mundi games there’s a fair amount of backtracking as you often have to revisit previous areas with newly acquired items that will help you solve a particular puzzle. All in all, the main game will take you some four to five hours to make your way through. There are tons of collectable items to satisfy your completionist cravings and, once you’ve finished the main game, there’s a bonus chapter generously thrown in. This chapter sees Eliana taking on another gargoyle and offers some of the best mini games in the whole adventure. With the bonus chapter taken into account, Queen’s Quest 3: The End of Dawn will easily eat up five to six hours of your life.

Graphically Queen’s Quest 3: The End of Dawn offers beautifully hand drawn colourful locations with great attention to detail. Each scene looks as though it was meant to be framed and hung on a wall. The characters themselves are well modelled and light shading is, as we’ve come to expect, first class. 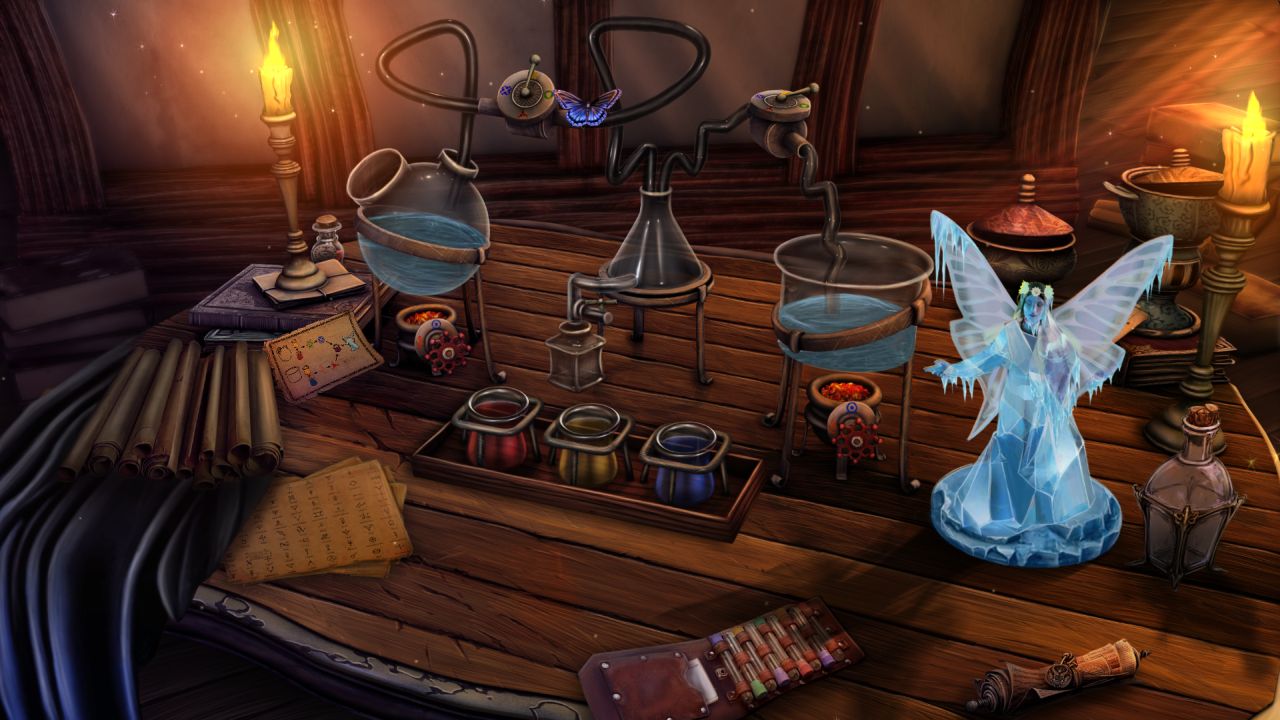 Voice acting in these games are never amazing but they do a good job in helping convey the complexity of a fantasy based storyline. As usual, the baddies have the best voices but that’s just like real life, right?

We were also disappointed to note the absence of a leader board that we could use to rate our puzzle solving skills against players around the world. One day perhaps the developers might consider this as an option for future releases.

Queen’s Quest 3: The End of Dawn is a solid, engaging and entertaining game which will suit anyone looking for a laid back, thoughtful challenge.