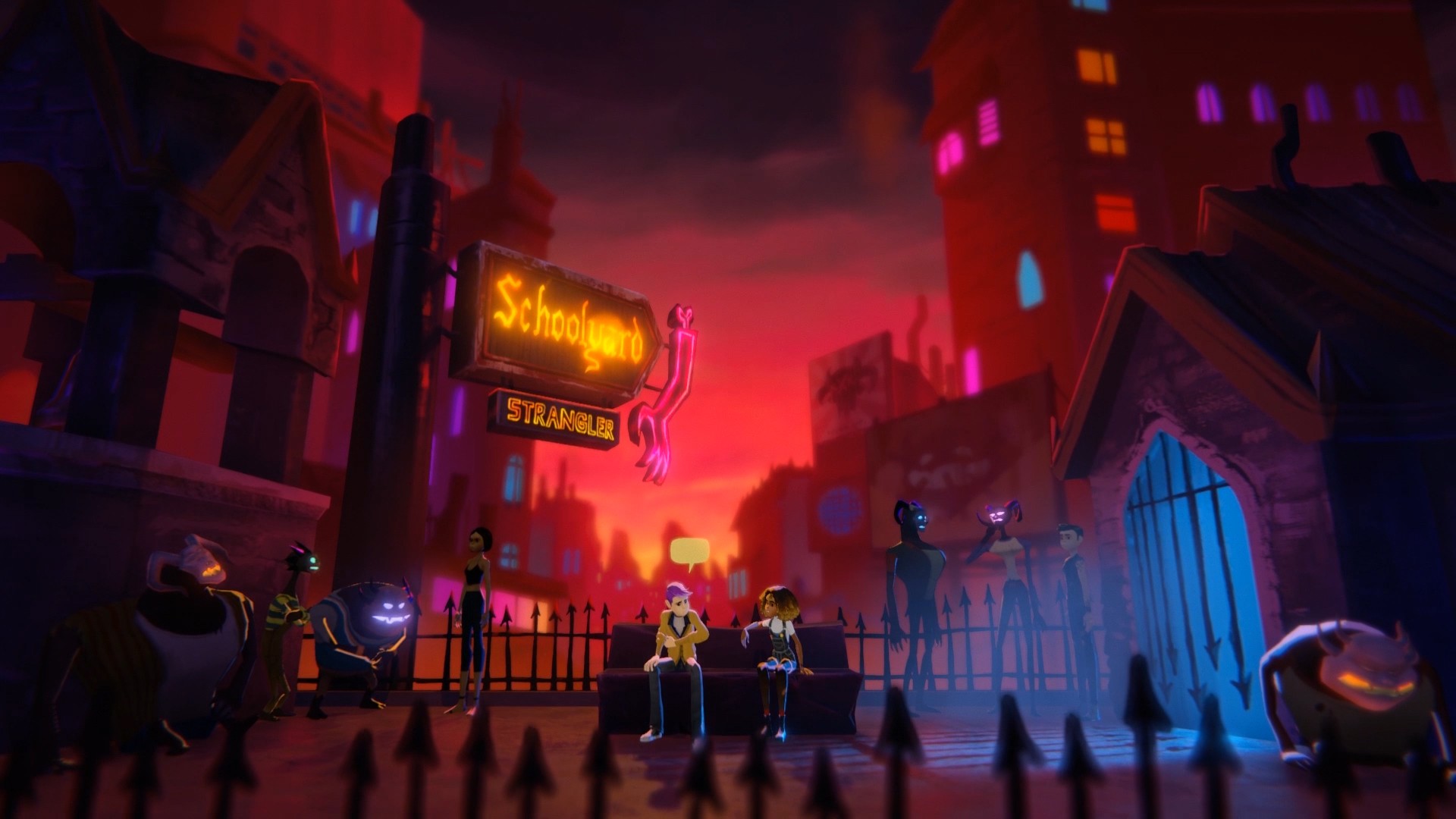 Afterparty feels like it’s one of those story-driven games that either stick to people or loses its grip trying to. It feels almost like your at a college party, playing drinking games and getting yourself buzzed so you can force yourself to talk to people. Combining these factors along with the very interesting and humorous dialogue, living in Hell has never been so enjoyable.

Afterparty’s story is too interesting to the point where you don’t want to put down your controller until you find out what happens next. You follow and alternate between childhood friends Milo and Lola as they try to drink and party their way out of Hell in order to get back home. It’s not that easy though when you have to out-party the devil himself, Satan. Along their journey, they meet very unique, expressive, and humorous characters who add life and entertainment to the game itself and leave an impression on you. If you ever went to a party where people were drinking I’m sure you’ll find some of these characters more relatable than you would think, it’s so relatable it’s scary. 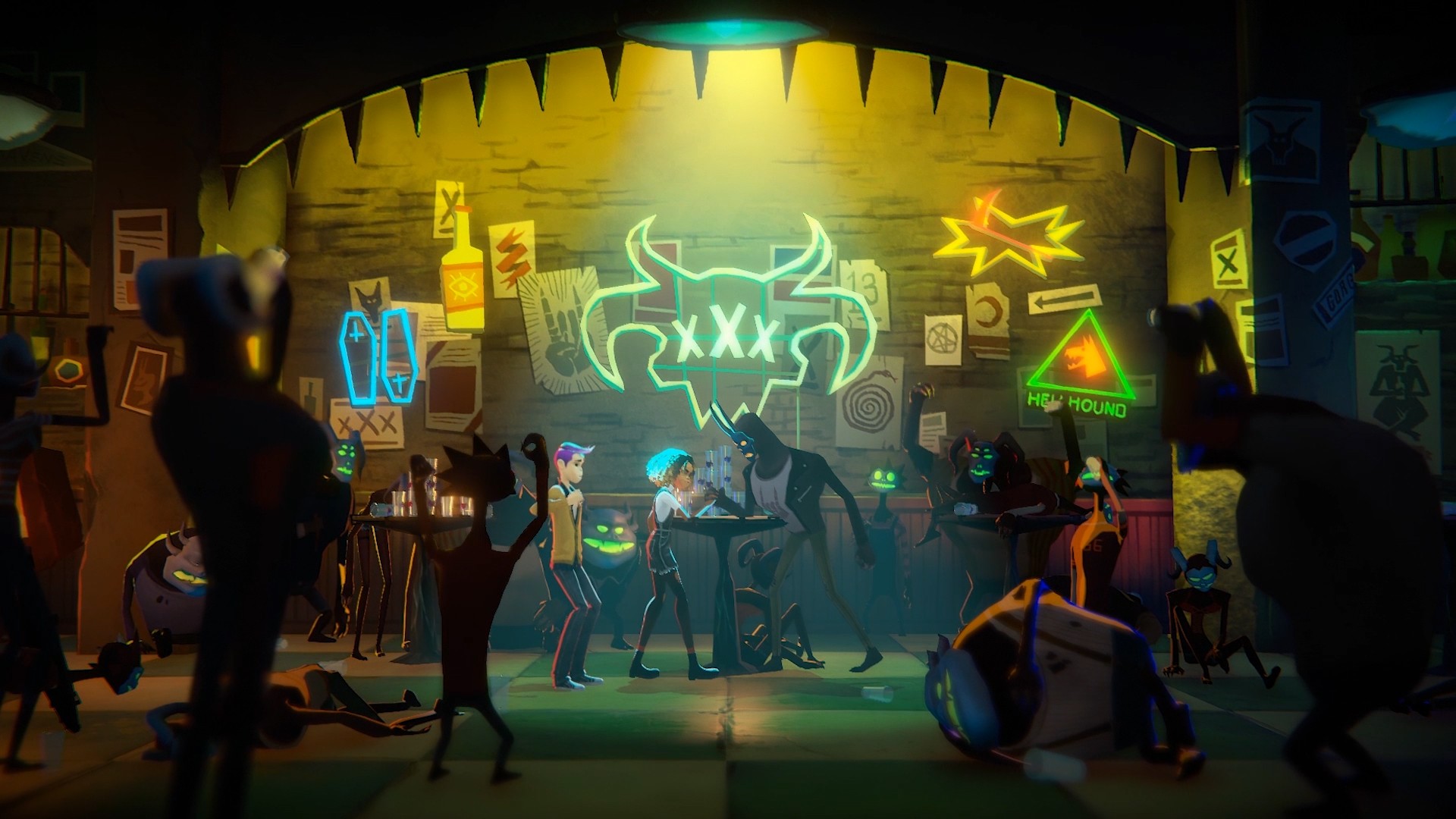 The game is developed by Night School Studio, the same studio who is behind the critically acclaimed title Oxenfree, so it makes sense that the game is mainly story-driven. With that being said that doesn’t mean that’s all there is. Throughout the game, you will be playing various drinking games such as beer pong and participating in dance competitions. The main mechanic is drinking. There are various drinks that you will encounter throughout the story and all of them have a different effect on conversations you have with the inhabitants of Hell. There are choices in the game and while there are a few that have a huge impact on your game and affect the story, some aren’t that big and just provide another dialogue option, which is a tad disappointing. If you ask me I can look past this portion due to the amazing voice actors/actresses that are included in the title. Just to name a few you have Ashley Burch (Borderlands 3) who voices Sam, Hell’s personal cab driver, and Dave Fennoy (Telltale – The Walking Dead) who voices Satan himself. There are so many more you might recognize from other titles and every single one of them go above and beyond my expectations delivery wise.

The art style of the game has a very neon and bright aesthetic to it which is very pleasing to the eye. Hell itself is very detailed and so are its landmarks. Each building that you come across are all detailed and look very pleasing. During my playthrough of the game, the frame rate does tend to drop at times when transitioning to a different place and when there’s an abundant amount of bodies on the screen. Also when listening to dialogue it can be difficult at times to hear because they overlap each other sometimes. 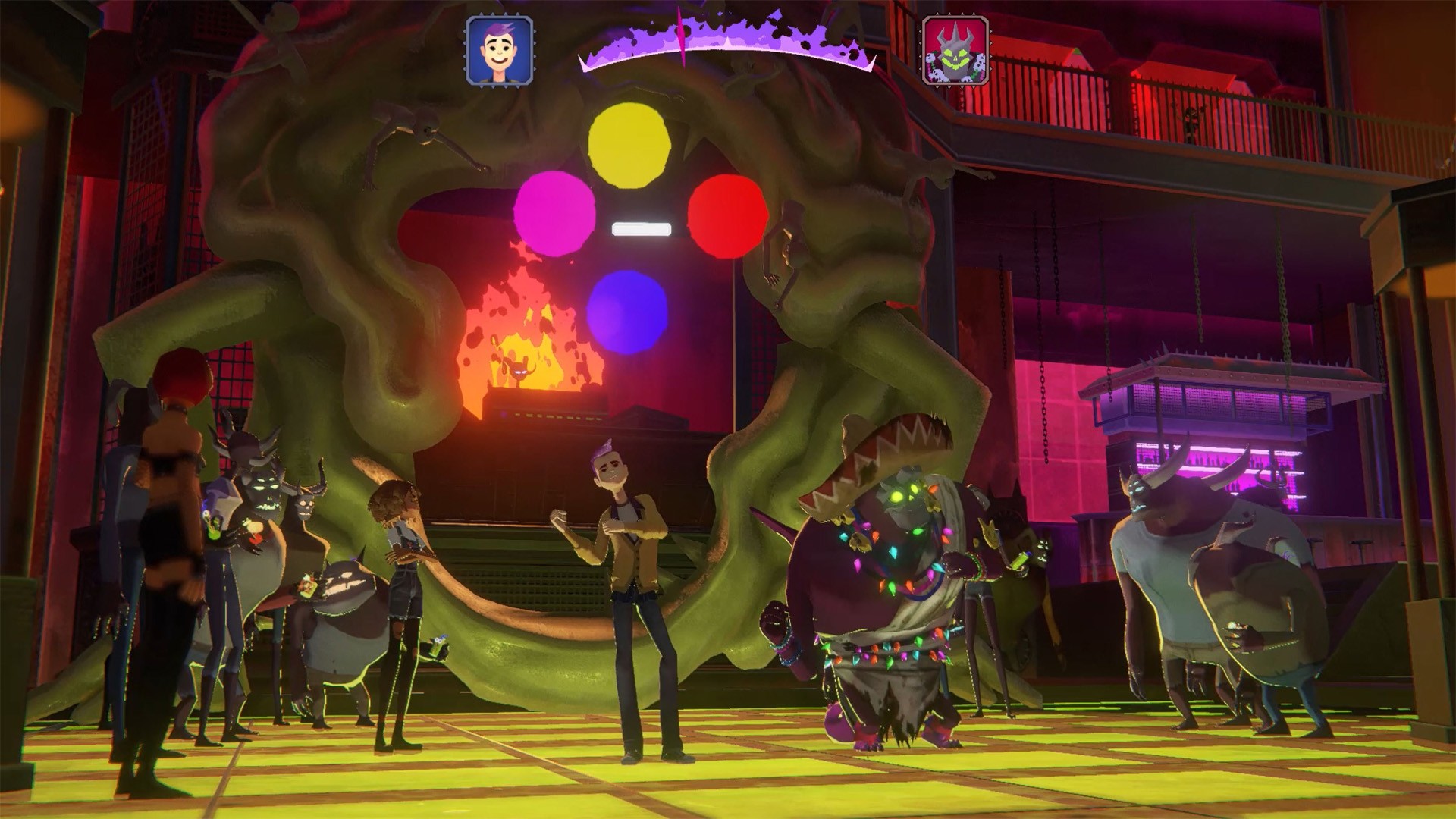 I feel like some people will fall in love with Afterparty and the story that it has to offer and I feel that some will feel disgusted and offended by some of the jokes and dialogue that is given in the game, then again you are in Hell so that’s expected. Looking past the frame rate issues that can be fixed with a patch, I find Afterparty to be quite charming and enjoyed every minute I spent in Hell.

Feel free to take a trip down to Hell where the beer is fine and the parties are finer.