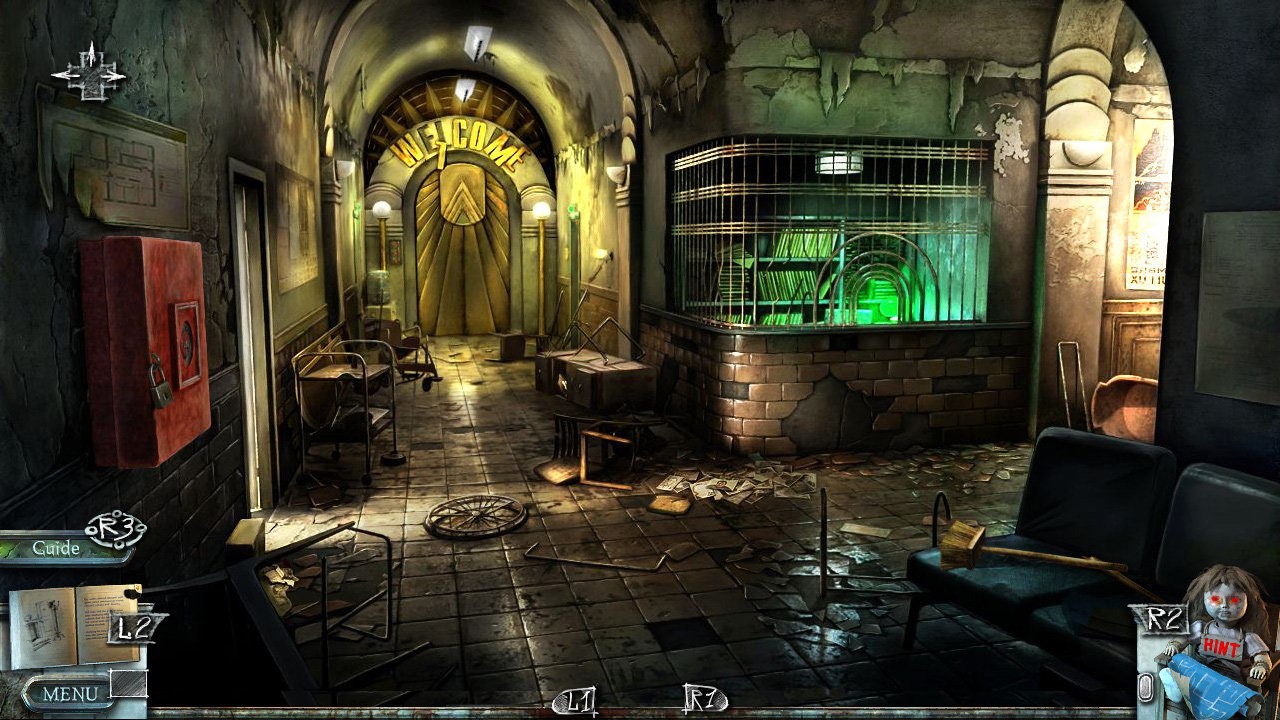 True Fear Forsaken Souls – Part 1, as the name suggests, is the first part of a psychological horror series, which revolves around supernatural beings, cults, and black magic. However, unlike your Outlasts and other Soma’s, True Fear Forsaken Souls – Part 1 is not a first-person horror walking sim, but rather a point and click horror adventure game. While it does feature some 3D elements, then for the most part, those are relegated to cutscenes, as gameplay takes place entirely in a 2D space.

The core of the gameplay mechanics revolves around you, the player character moving between rooms and environments, using either the directional buttons, or by clicking on the on-screen prompts. The transitions between screens are rather rapid, and never take more than a second from start to end. This is more than welcome, as even within the first chapter, you will spend a fair share of time moving dozens of times, just to complete a single action.

For the most part, True Fear Forsaken Souls – Part 1 is a puzzle game, as the vast majority of in-game mechanics revolves either around piecing pictures together, finding hidden objects on the screen, or combining multiple objects together and while you will be required to use certain inventory items on the objects within the environment, then those gameplay elements can’t really be considered to be puzzles, as they simply require common logic and no major effort.

While exploring the multitude of environments of True Fear Forsaken Souls – Part 1, you will often come across locked doors, boxes, and wardrobes. When it comes to those, common logic does not always apply. For example, during the second chapter you will come across a jammed mailbox, and naturally, once you’ll get your hands on a crowbar, you will instinctively try to use it to open the said mailbox. However, True Fear Forsaken Souls – Part 1 says no, and forces you to find the one and only solution which it deems to be correct. 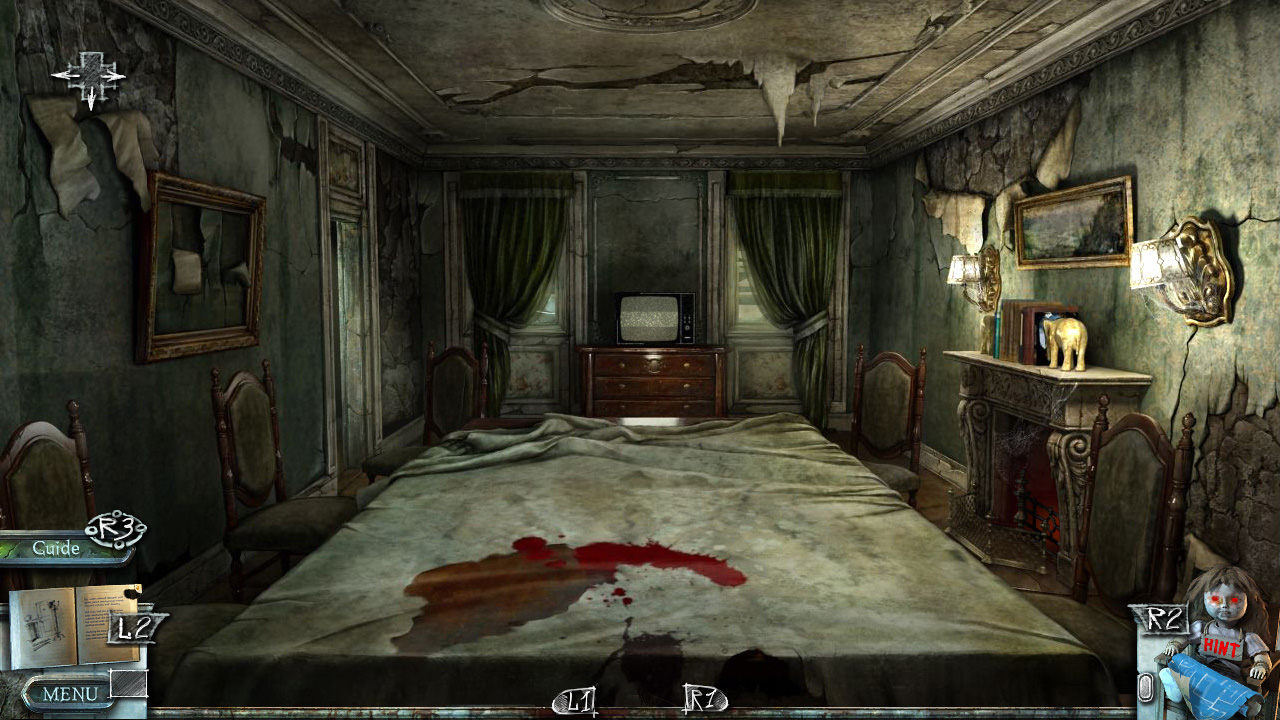 The incredibly linear gameplay of True Fear Forsaken Souls – Part 1, is one of its biggest, if not the biggest negative of the entire experience, as to put it bluntly, there is simply no depth to any of the title’s gameplay elements. There is one solution to each puzzle, and only that solution can be used to solve it – end of. While all this is rather disappointing, then it is nowhere near as baffling as the items which disappear from your inventory after a single use.

Within the same chapter, chapter 2, you will get your hands on a shotgun, and 8 slugs. However, once you use the shotgun to fire at a stack of barrels, it disappears into the thin air, alongside the seven shells which are still left in it.  This is rather strange, as the title at hand forces you to find all 8 shells, before the gun can even be used – and this makes it that much more disappointing.

Before I’ll continue, I feel its important to underline that True Fear Forsaken Souls – Part 1 has no direct combat. This means that you could possibly argue that there’s no need for you to even keep the abovementioned shotgun. However, if the player were to be able to retain the possession of the said gun, he/she could then use it to solve different puzzles, in an alternative way. But like I said before, there is no variety within True Fear Forsaken Souls – Part 1, whatsoever. So ultimately, David Copperfield’s disappearing shotgun is not that odd after all.

True Fear Forsaken Souls – Part 1 is an incredibly rigid and stiff experience. It feels incredibly out of place, especially in this day and age, where all major and minor games pride themselves in giving the freedom of choice to the player. I could understand the developer’s approach to True Fear Forsaken Souls – Part 1 rigid structure, if not for the fact that the title at hand features a handful of puzzles, which are repeated ad infinitum until the final credits. You either look for object B, just to use it on object A; you assemble a puzzle in order to open a box; you search for two or more plates in order to open a door; or you simply stare at a screen looking for objects which you can click on. 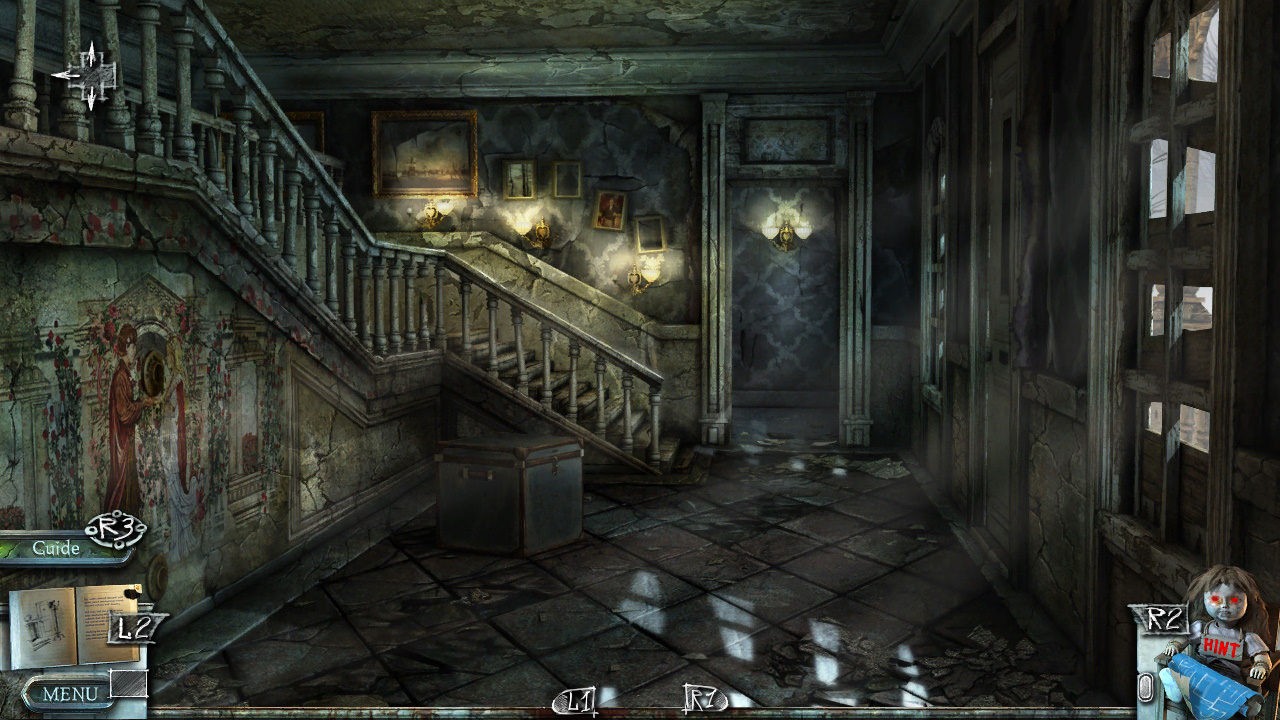 I have to admit, there is some novelty to True Fear Forsaken Souls – Part 1, but such dissipates insanely quickly, as roughly half way through the first chapter, you’ll see everything there is to see. Everything which comes after that, is just more of the same, but simply dressed up in a different way. In truth, the dress-up which the title at hand is constantly playing, is not even that varied, as chapter one takes a place within a dilapidated house and its immediate surroundings, whereas chapter 2, takes place within a dilapidated house and its immediate surroundings – you can see what I am getting at.

Overall, dilapidated house and its immediate surroundings is not a bad game, not by any means, but in comparison to other titles of the genre, it comes across rather pale, and underwhelming. It feels a little out of time, it feels like a game which belongs in the early 2000’s and while I had an OK time playing it, then I also struggled with it rather often. Not because of the puzzles, or its ambiguity, but simply because I’m colour-blind, and all colour-based puzzles and gameplay elements were borderline impossible for me to complete. So, if you happen to be colour-blind, and are not a huge fan of skipping parts of games, or using guides, then True Fear Forsaken Souls – Part 1 is definitely not for you. But if you are looking for quick, cheap, and easy horror game to play, where you don’t have to hide every five minutes, then you are likely to enjoy what this particular title has to offer.

True Fear Forsaken Souls – Part 1 feels like a title which should have been a good decade, if not two, ago. As its out-of-time gameplay elements, and rigid game design make it look rather pale in comparison to its direct competition.