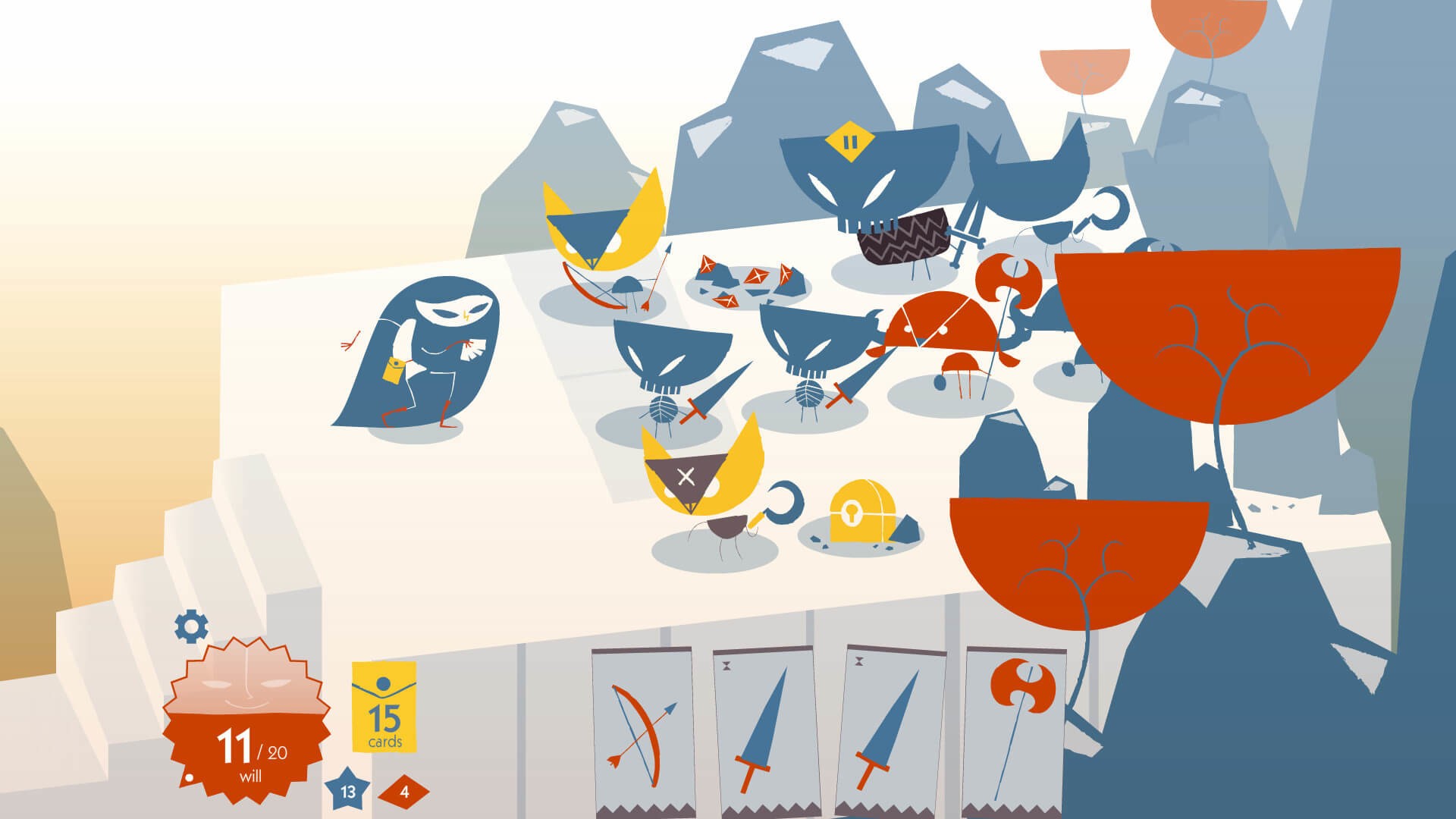 Iris and the giant was released on the 27th of February 2020 and was published by Goblinz Studio and Maple Whispering. It’s a mix of genres between CCGs, RPGs and roguelite elements. The CCG trend was really popularized these years with the release of games like Slay the Spire and I have to say Iris and the giant shares a lot of similarities with it.

The game starts off introducing Iris, a little girl who goes through a lot of issues in her everyday life, getting bullied by her classmates at school and problems with her family as well. As she’s a swimmer she decides to dive into a pool and swim as the other kids are laughing at her. As soon as she jumps, the game cuts to the Underworld (the place where the dead are headed to in the Greek mythos) as Charon (The Underworld’s ferryman) takes her on a journey on his boat. This setting is almost dream-like for Iris as even she is not sure about her own fate. This is where we’re dropped into the actual game.

The artstyle and graphics are one of the best parts of the game, it all looks hand-drawn and completely unique from everything that I’ve seen before, the closest thing I can compare it to is the art in the “Diary of a Wimpy Kid” book series. The animations are also surprisingly well done as unlike Slay the Spire, even Iris’ attacks have their own animation, not to mention the enemy ones which are also unique. Overall the character design in this game is very enjoyable and pleasing to look at. 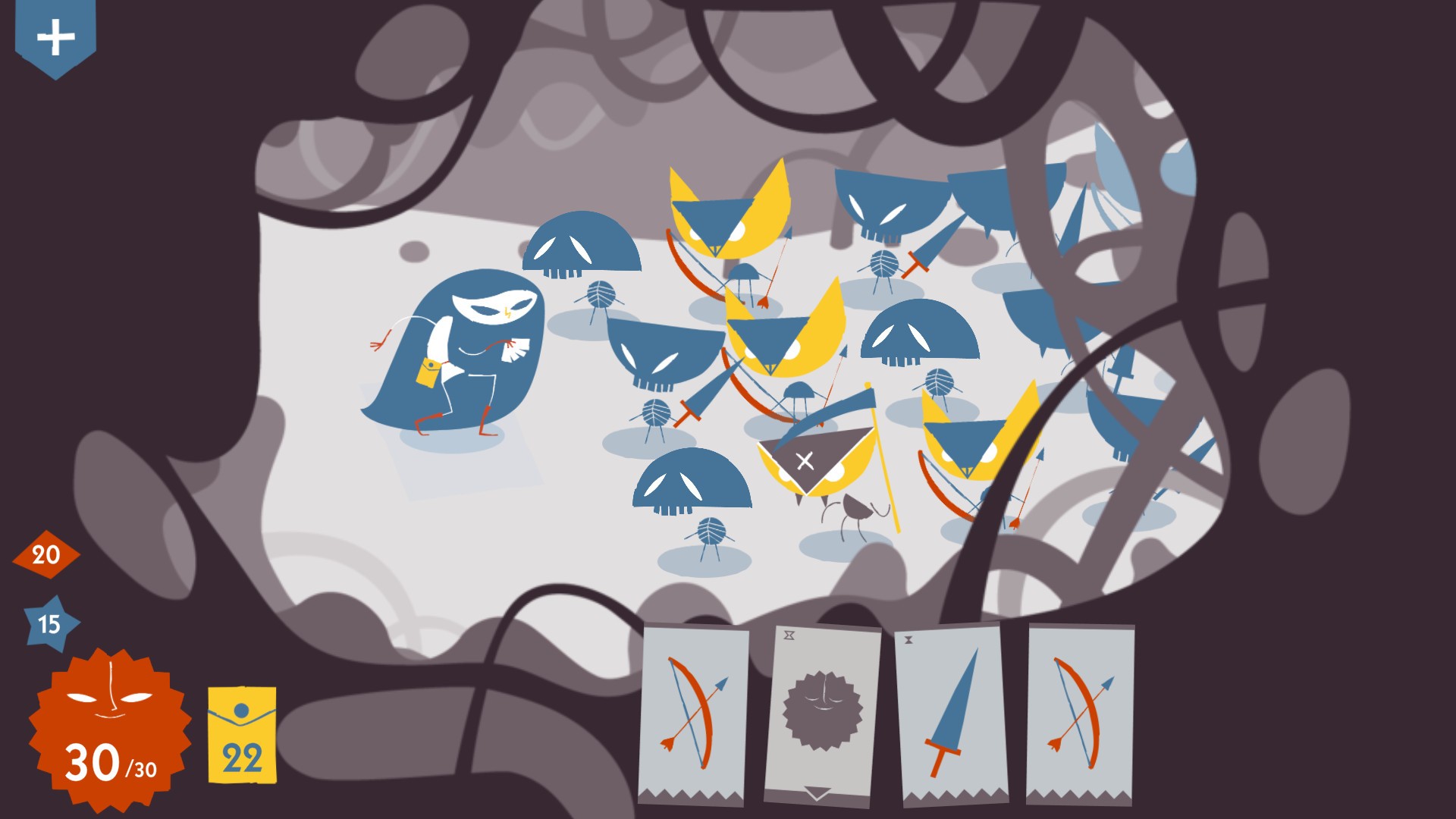 Gameplay is the standard CCG and RPG fair, but also mixed with some roguelite elements that I think are used really well in this game. I also like that they opted in for a lot more depth to the mechanics than in these normal types of games. You can unlock cards for future runs as you do in other CCGs, but in this one you have several temporary as well as permanent upgrades for Iris, chests with card packs, crystal shards you have to collect, as well as “imaginary friends” who all have useful traits in different runs and are unlocked by doing specific challenges. Except for the “Classic mode” there’s also harder game modes like “Path of the Giant”, “Challenge of Chronos” or “Path of the Ferryman” which was a part of a free update that was added to the game. The Classic mode runs consist of multiple floors that you have to climb to reach the top. Each of them contain multiple enemies (or in some cases wave-style encounters). Some of them even include a stronger boss-style enemy that gives you a free upgrade once you defeat it. One of the things I like the most is that they try to mix the narrative with the combat through these stars that are scattered around a particular floor and reveal more about Iris’ past. I also really enjoy the Greek mythos themes that are present throughout the game. As for the combat itself, the cards have different effects on the enemies with some even clearing out whole rows. In addition to the normal melee attacks, Iris can also unlock magical abilities that aid her in her journey. But not all enemies are as simple as 1 or 2 attacks, some of them in the later stages also have armor and shields that block out a lot of Iris’ attacks.

Difficulty wise, like most roguelites go this game has no particular difficulty curve, it’s the same difficulty level throughout the whole game, which makes it very appealing to some people, including me, as you have to gradually learn to play better with each and every run. Controls are quite simple on this one though, basically pick a card and an enemy and depending on the card you’ll end your turn fairly quickly. This allows for quick and responsive gameplay which is a must for games like these. So I’d say anyone can pick this game up and have a great time after a couple of quick runs to get used to the basic premise. 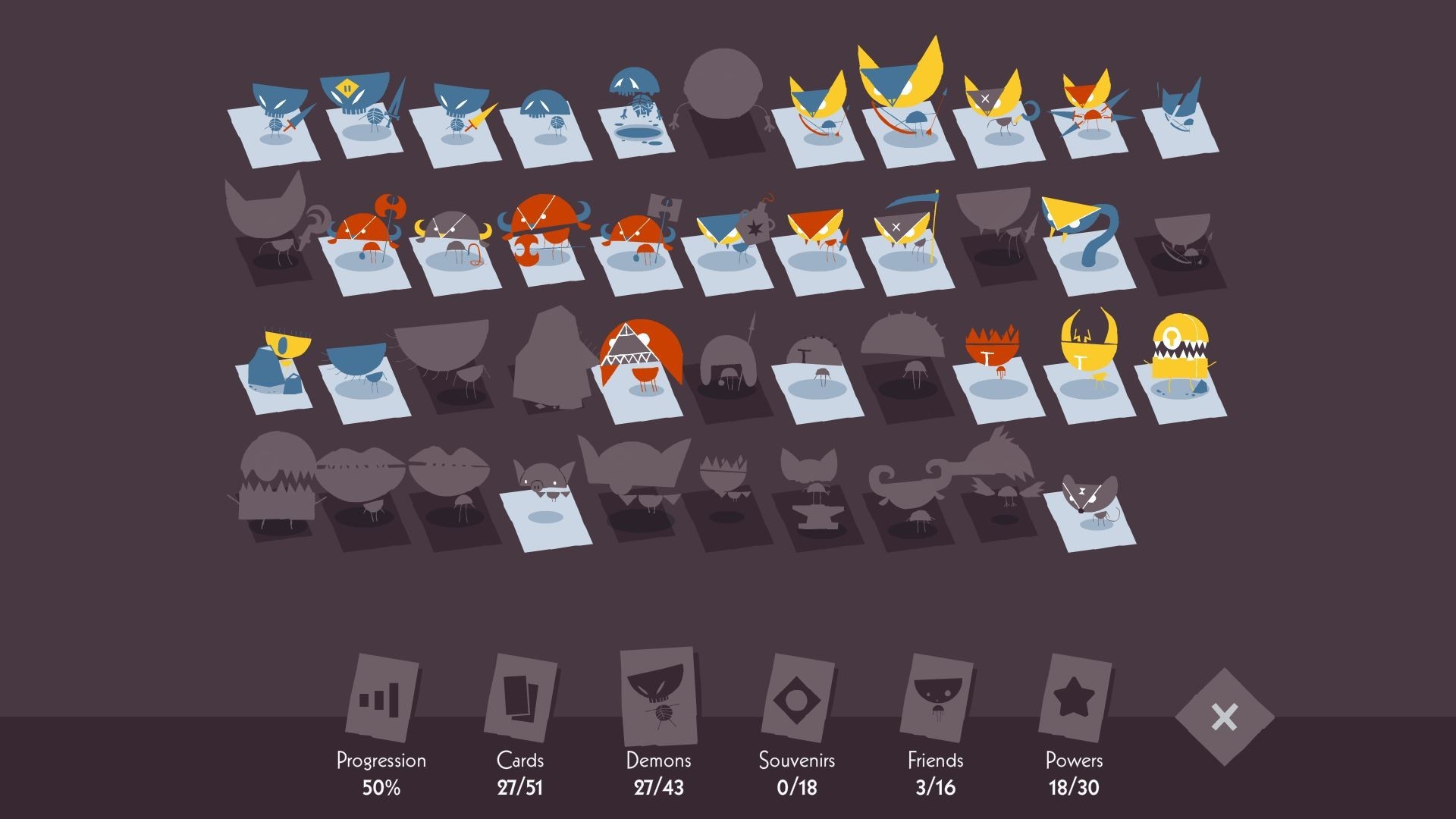 The sound design also fits the game perfectly, it’s as melancholic as you would expect from a story like this and has some really great music in it. The voice acting while not the best, isn’t at all bad or out of place. I think they did a really good job for the soundtrack on this one and would recommend anyone to give it a listen.

As for the replayability, I really can’t say much as this game is a roguelite which means you can play it for a very long time and do several runs without it feeling too repetitive because each run is different in its own right. Nevertheless, I’d recommend playing this game at least until you get a somewhat high deck completion rate as different cards can drastically change the game.

Iris and the Giant Review