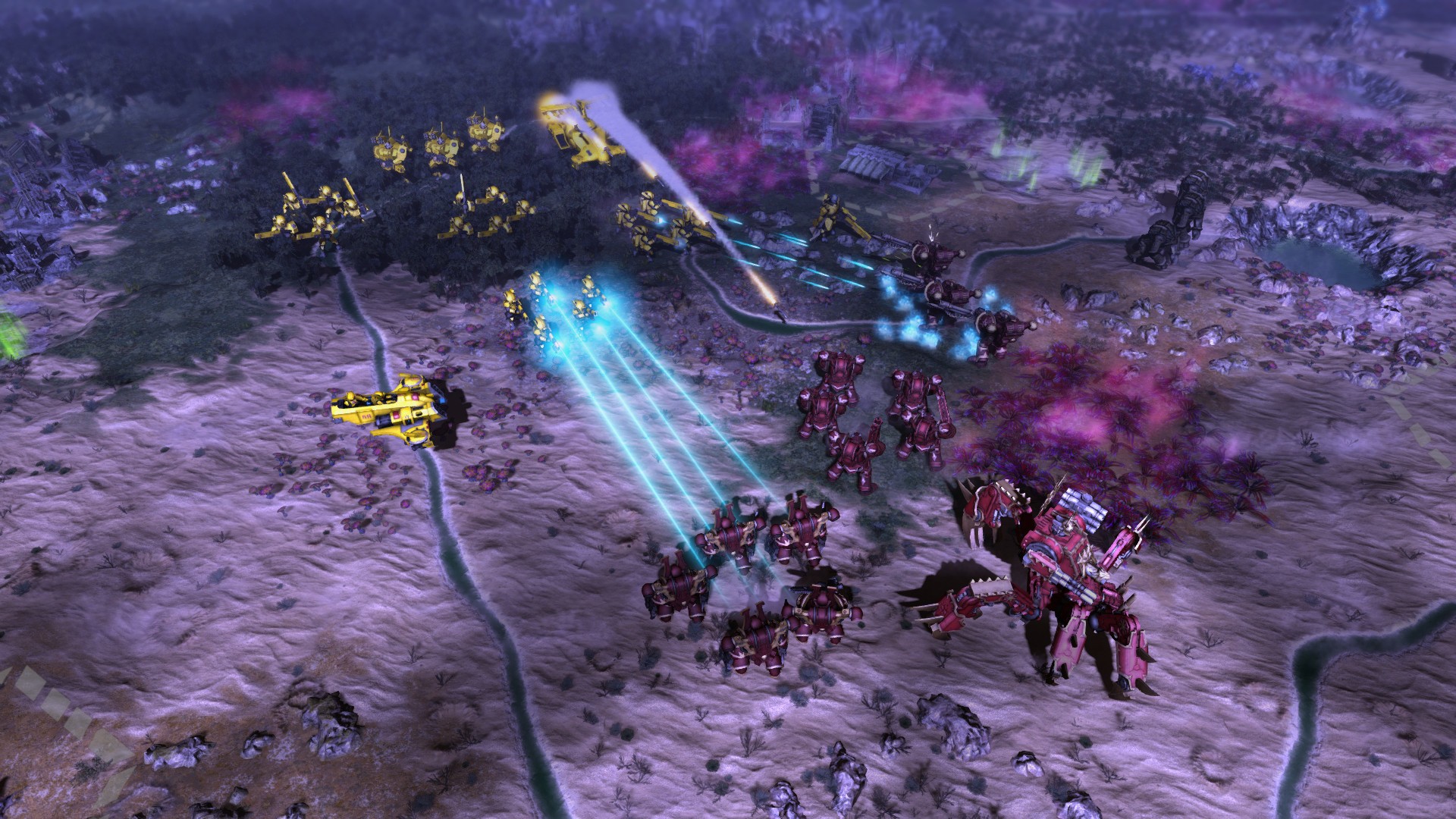 Warhammer 40,000: Gladius – T’au is the third faction DLC for the 2018 4X title Warhammer 40,000 Gladius – Relics of War, developed by Proxy Studios and published by Slitherine. The T’au are one of the youngest races in Warhammer 40,000 but despite their age, they’ve already proven themselves and even surpassed the Imperium of Man in terms of technology. However, irregardless of their technical prowess and despite going for a route of assimilation with other species during their expansion campaigns, the T’au Empire still pales compared to the rest of the forces that are disputing the galaxy.

“Never have the T’au been so close to extinction. Your homeworlds are surrounded. The Swarm, the machines, Men… To ensure the survival of the T’au, your fleet was dispatched. The Fourth Expansion, to claim new, rich worlds. Yet the warp swallowed us. Your ship emerged alone. War-ravaged. Alien. This was not the paradise promised. But you will conquer it. For the T’au. For the Greater Good. For your survival.” This has led to the arrival of the T’au on Gladius Prime, but despite their arrival being unplanned their fate now lies in your hands, and the choice of whether to annihilate them or conquer the planet in the name of The T’au Empire is yours.

Much like every single other faction in Gladius – Relics of War, the T’au feature a unique playstyle. It’s worth noting that the T’au army in this game is pretty much just composed by T’au, it doesn’t include any other races that they’ve assimilated during their expansion, such as the Kroot. With that said, the T’au are quite an interesting faction to play as, as their strength lies in unit positioning and the use of their unique abilities. For those who are familiar with the T’au, you probably already know that they aren’t that great in close combat, and that’s even more clear in Gladius. However, there’s a way to keep the enemy at bay… 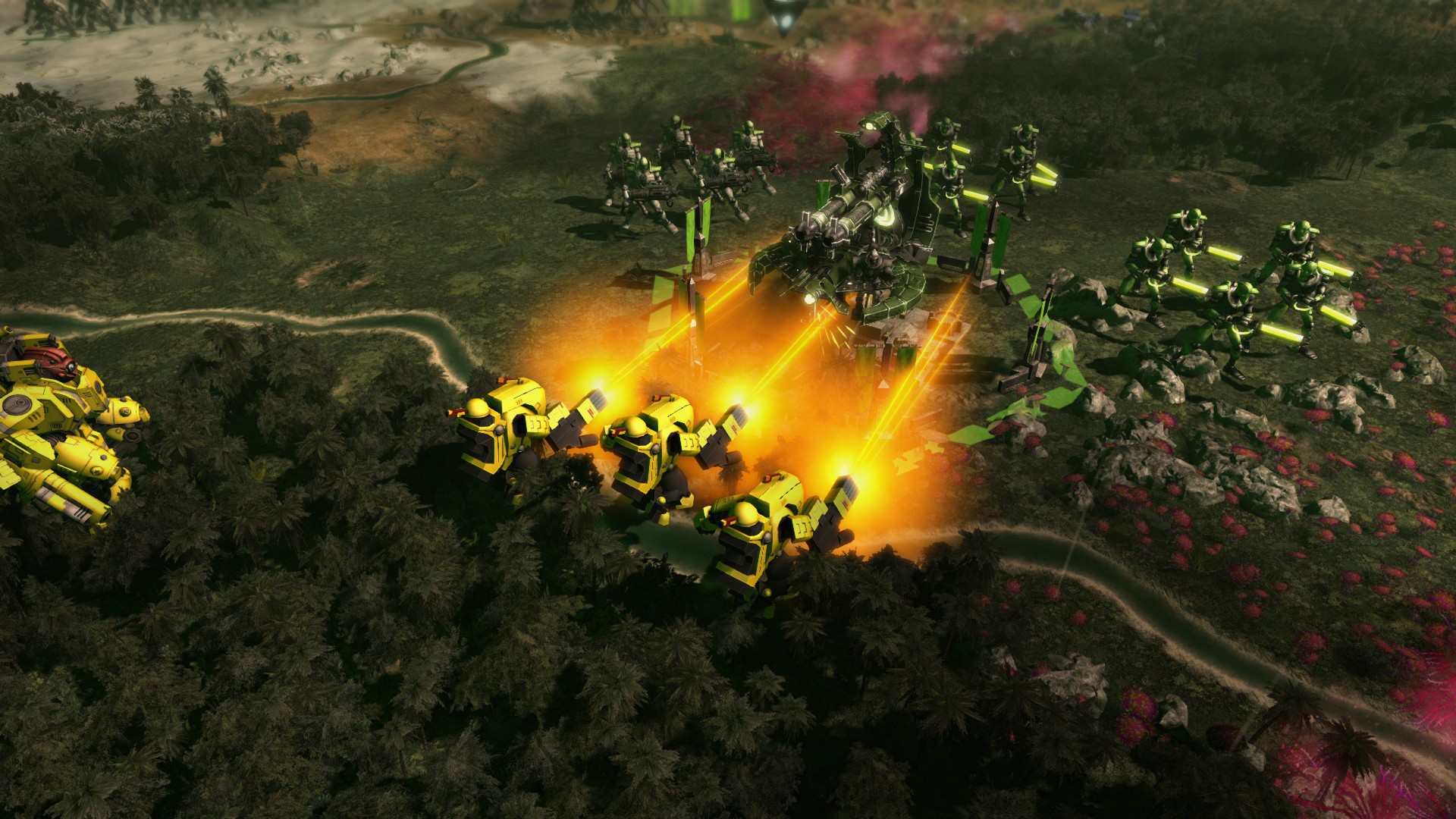 The T’au DLC brings with it 31 new units, which sure is plenty. But while some T’au units are indeed a force to be reckoned with, especially the more advanced Battlesuits, one of their biggest strengths lies in their use of drones. The T’au are famous for their extensive use of drones, and that is definitely highlighted in this game. A good number of T’au unit types have the ability to summon temporary drones on the battlefield, which is actually a free ability, so you can pretty much double the size of your army in a single turn.

There are gun drones, shield drones that can protect your units from harm, marker drones, which increase the damage that you deal to marked enemy units, stealth drones that conceal one of your units, and missile drones. There are drones for everyone’s tastes. Now, the key thing here is that these drones don’t actually deal that much damage to enemies, but they are perfect for setting a frontline to draw enemy fire away from your most valued and vulnerable units, since the AI seems to prioritize dealing with the swarms of drones first as they have a low health pool.

Furthermore, the T’au feature three major signature abilities that can be used by spending Influence. The first one is only really useful during the early game, but it can tip the odds in your favour if used wisely, as it essentially allows you to convert local Kroot hounds and Vespid Stingwings to your cause. Another ability, which I’ve found to be a lot more useful than the previous one, allows you to lower the morale of an enemy unit/building, which severely hinders their performance. Finally, the T’au can also use their influence to lower the loyalty of an enemy city which will obviously greatly affect their production capabilities. 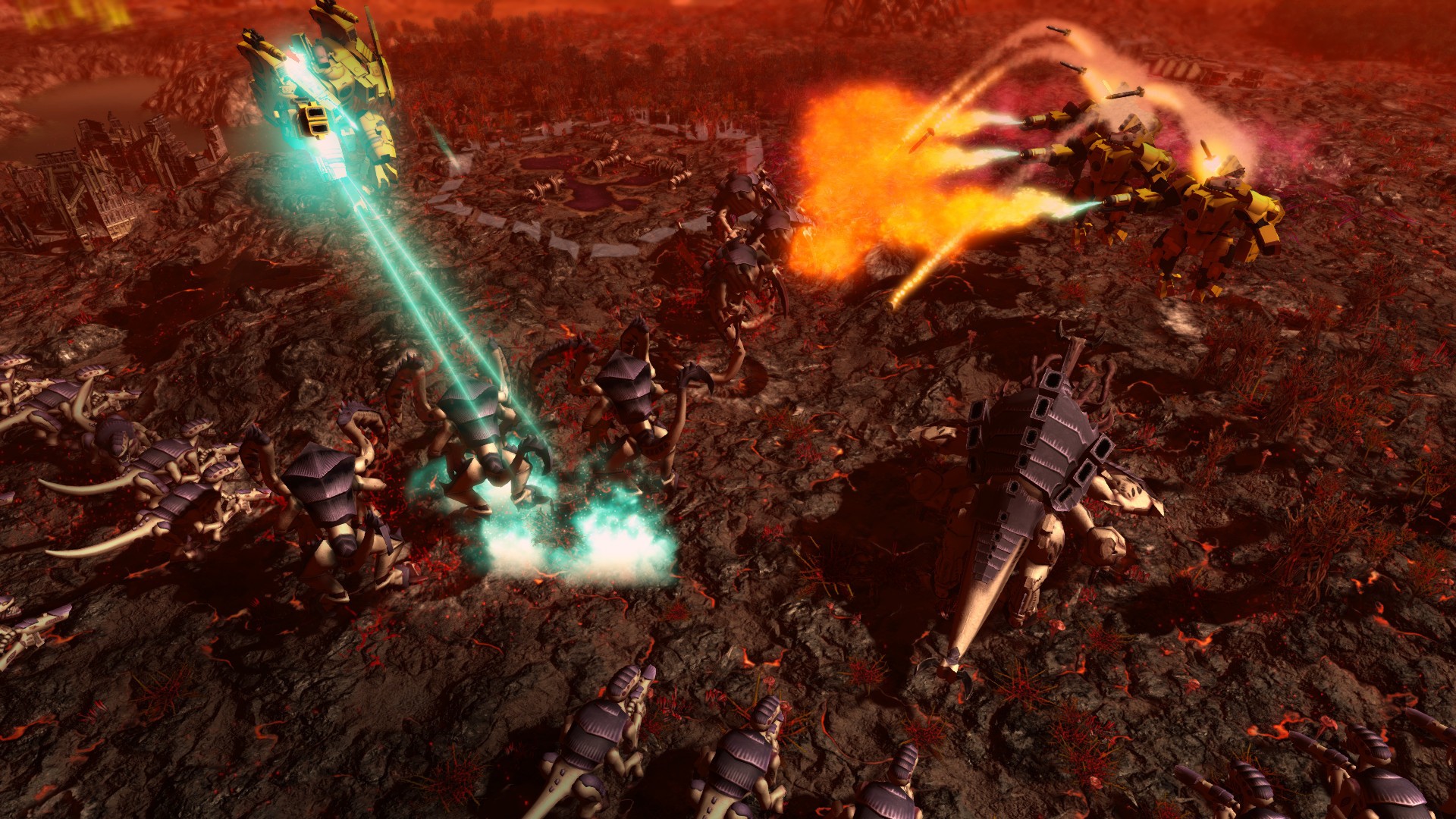 The T’au definitely bring a lot of synergies to the table as mixing all the different types of inherent drone abilities, such as cloaking and shielding, with everything else that the T’au arsenal has to offer, from many top of the line Battlesuits to Gunships, can have a devastating effect on opposing armies. Still, their heroes do leave a lot to be desired. Sure the Ethereal has one of the most powerful healing abilities in the game which lets him heal all units surrounding him, but other than that, only the Commander clad in his mighty Fire Caste Battlesuit can actually put up a fight.

So, is the latest faction DLC for Warhammer 40,000: Gladius – Relics of War worth it? Well, while it could certainly have been better, namely the hero units and by featuring units from other races, the T’au DLC is undoubtedly worth the money. If all you wanted was a new faction with new mechanics to spice things up, or just something to serve as an excuse to go back to the game, then this is probably the best excuse that you’ll ever get. At least that’s the case until an Eldar expansion is released, but who knows if that will ever happen.

The T’au Empire joins the fight for the domination of Gladius Prime. Driven by a constant ambition to expand and spread the word of the Greater Good across the Galaxy, they will seek to assimilate or eliminate all the other opposition races on the planet. With 31 new units, the T’au can deploy an impressive and lethal army. Between swarms of drones and powerful battlesuits, you’ll be in no shortage of tactical options.