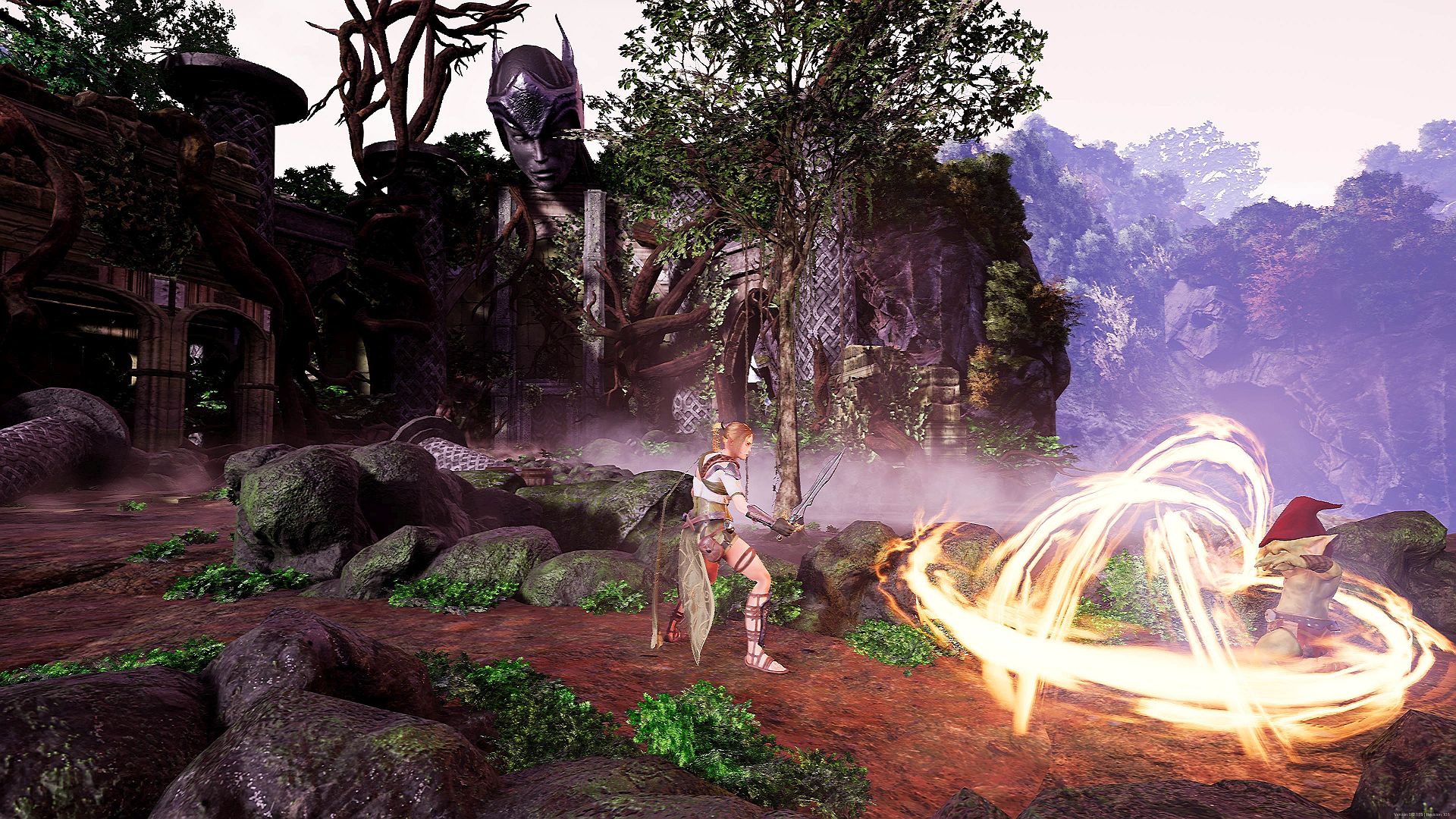 Created by Brazilian Developers Void Studios, Eternity: The Last Unicorn is the latest in a long list of Action-RPG titles to draw inspiration from both Nordic and Renaissance aesthetic. However, unlike several of its predecessors, the game is plagued with a myriad of issues that severely affected my overall enjoyment and willingness to even play the game. So without further ado let’s discuss why this game failed, whilst also trying to salvage some of its more positive aspects (they are few and far between but let’s try)

Okay let’s start with the story. Initially you take control of a young elf named Aurehen, who sets off on her quest in order to save (you guessed it) The Last Unicorn, who has fallen ill with a mysterious ailment, I say mysterious because the plot just grazes over it in order to dive into the ‘story’ but I digress. Along the way you will switch characters to a strong more stereotypical Viking named Bior, who’s only significance to the plot is to save Aurehen when she gets herself into danger, literally that’s all he does, this entire game could happen without him. Surprisingly I think it would have been somewhat better if a women could save themselves… A revolutionary concept I know! But my biggest gripe with the plot is that it makes no sense, Aurehen is only trying to save The Last Unicorn in order to preserve the Elves immortality. And it was only when I was halfway through the game that it dawned upon me, if there is only ONE unicorn left, how is it going to procreate, what happens when the Last Unicorn dies of natural causes? Can unicorns die of natural causes such as age? Oh wait, we don’t know because the game doesn’t tell us!

Furthermore, the characters are just boring and don’t have any real definition or, well character. As I have said previously, Bior is just there, he has no purpose in the story, which is a real shame because the initial switch from Aurehen to him was a welcomed one indeed. And then there is our heroine, who isn’t a heroine as she is only saving The Last Unicorn to preserve her own species, rather than caring about the future of unicorns. This could have brought an interesting dynamic to the game, in which we have to question whether her intentions are pure, is she a hero or an anti-hero. But no, she’s just presented the cookie cutter good guy, and her motivations are never explored in great detail. Additionally, can I just say I for one am so bored of this ‘Chosen One sets out on a quest’ narrative. It has been done to death in every single medium, can we not find a new and exciting way to tell a story… PLEASE 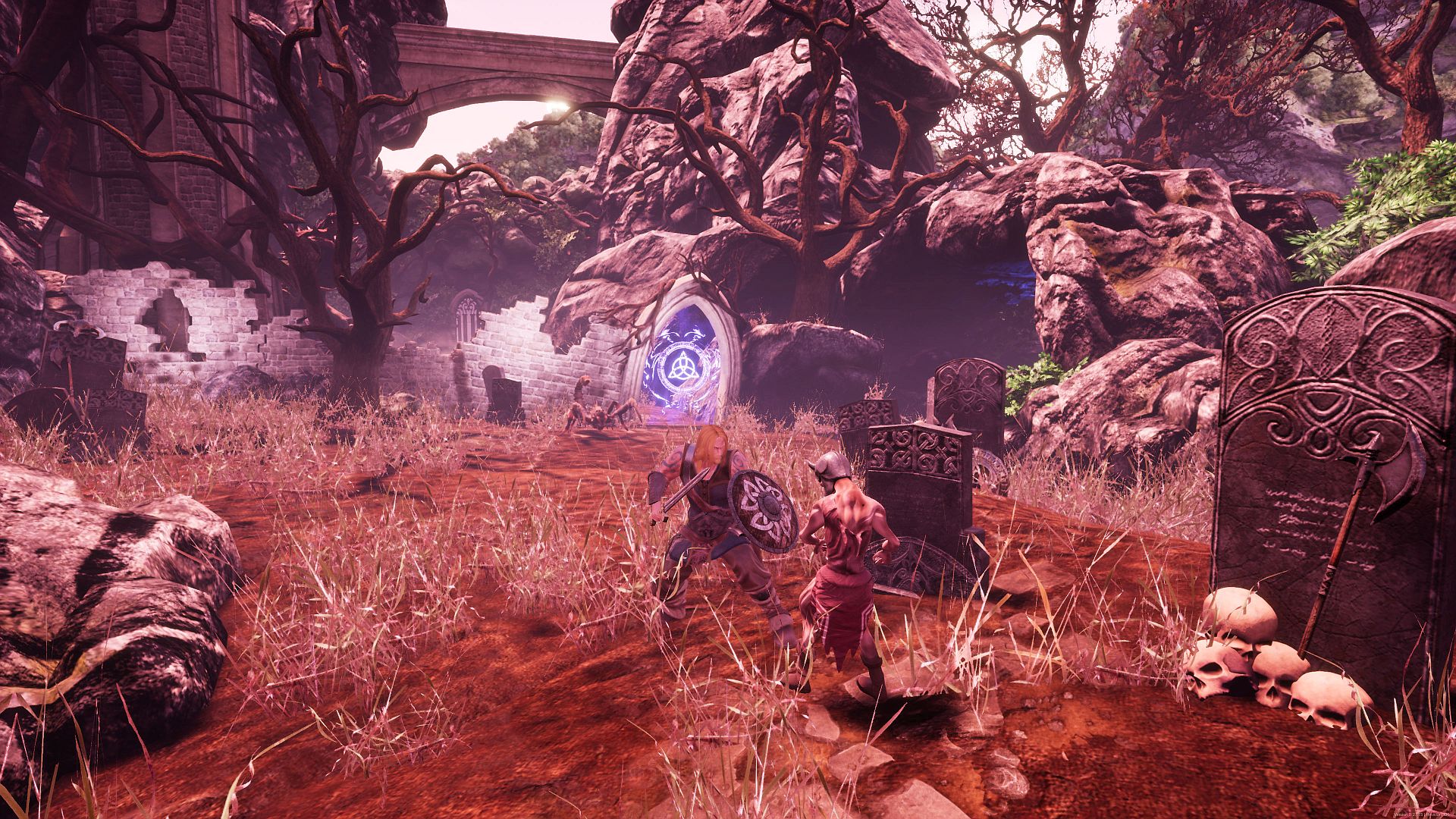 The game even pays homage to the original PlayStation, how you may ask? By having a fixed camera, and let me tell you it gets really annoying very quickly. My first issue with the camera arose within the first two minutes of playing. Aurehen is tasked with a small side-quest to cure other creatures suffering from a mysterious ailment, which can simply be achieved by pressing L1. Sounds simple right? Well the emphasis in this sense is on the word ‘sounds’ because many of these creatures are hidden in places that the camera allows very little visibility in. And it’s not even like it’s a task to find ‘hidden’ sick creatures, they’re supposed to just be visible to the gamer’s eye, and yet due to the fixed camera they are impossible to see.

Yet another example of the game’s clunky-ness comes from its combat system. Both Aurehen and Bior are so stiff when it comes to fighting, which for an action RPG is very disappointing. I know I may sound harsh considering the fact that this is created by an independent company, however several indie games have had a much better combat system in the past, and this unfortunately just isn’t good. If you’re playing an RPG you should look forward to the boss battles (well I do at least) but with this I was just dreading it, because I knew it was going to be a long, drawn out process.

My final negative critique (I promise) is for the game’s map, well I say map, but you never really get a map, more so the overall layout of the game. You aren’t given a specific direction, and you have to travel back and forth throughout the different sections of the land, once you have acquired a specific key to unlock a specific gate. Which again could be done very simply, however as we know The Last Unicorn delivers the worst form of simplicity again and again and again. You aren’t told what unlocks what, so there is a lot of guess work involved and you may have to journey all the way back to the first location, in order to progress further. Again this complicated mess could have easily been avoided, had they simply put in a cut away, or even a text box that said something along the lines of ‘you have this key, this unlocks ___” but we didn’t get that, and are left to our own futile devices. 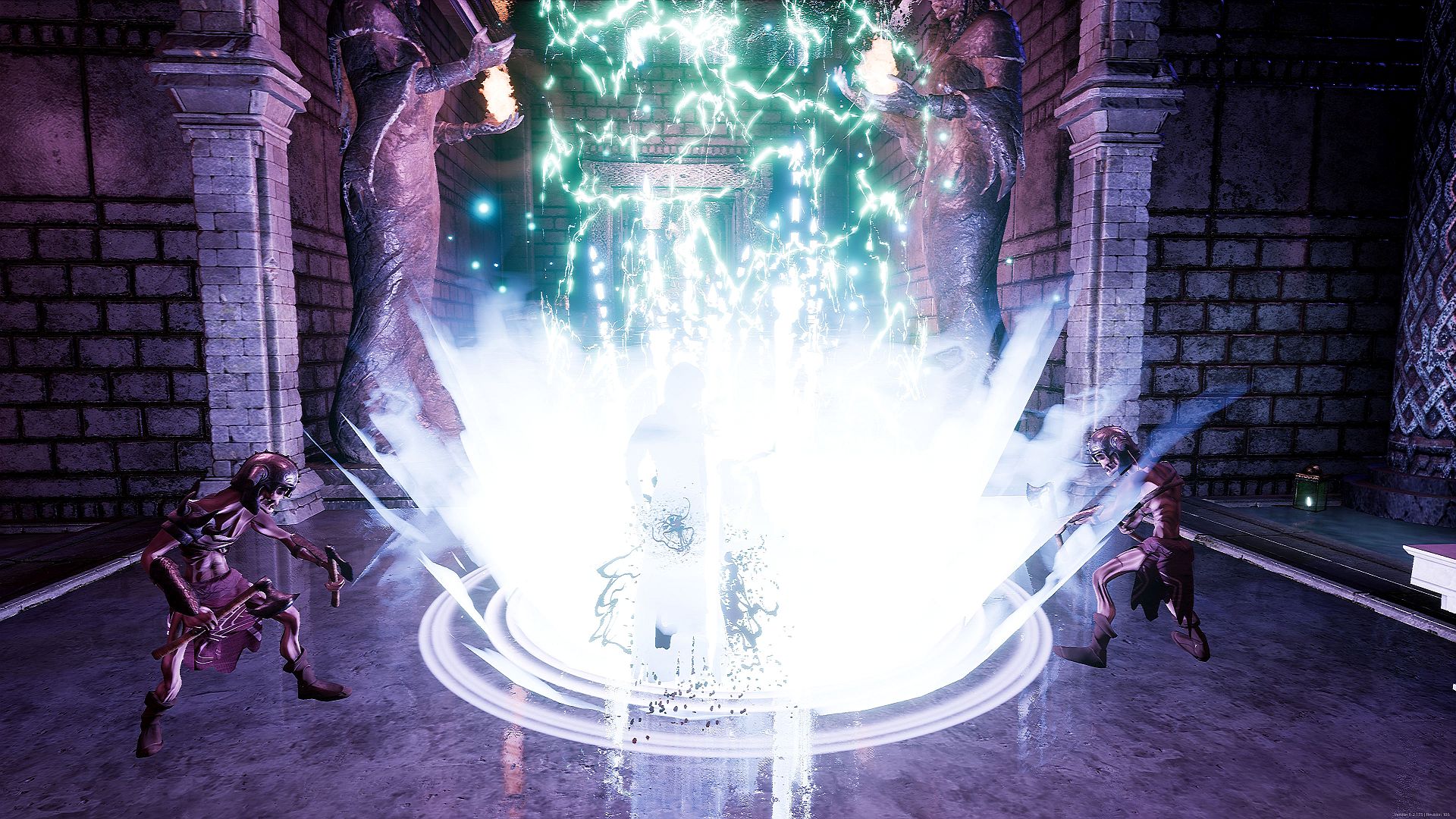 Now one thing I will commend the production team for is their graphic design, because the game is beautiful. Everything from the different creatures to the landscape, are all crafted so beautifully. Had this been an animated movie rather than a game, I could see myself enjoying it a lot more.

So in conclusion Eternity: The Last Unicorn is visually stunning game that unfortunately fails to deliver on numerous levels. I wish I could say more positive things about the game and believe me I tried to think of more, but I simply couldn’t as I didn’t enjoy my time playing through it.

Begin your quest to save The Last Unicorn… In order to save the entire Elves Species.