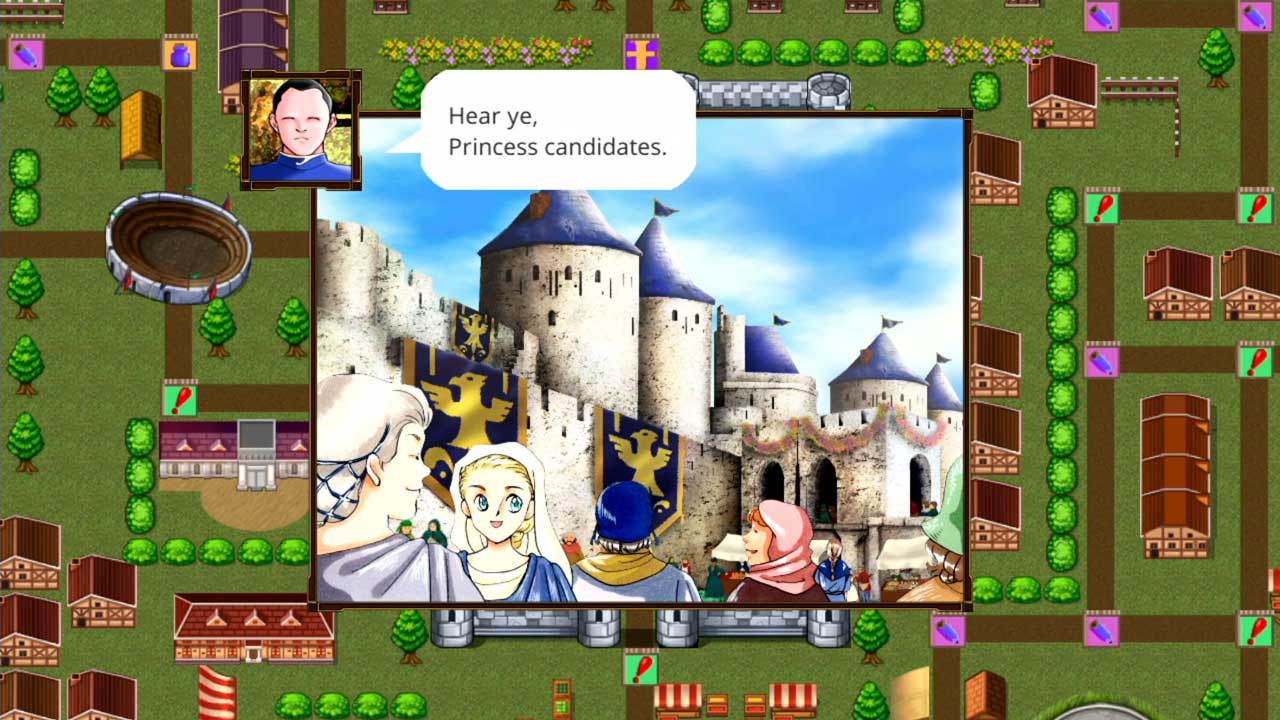 Few things bring me as much joy as my early memories of playing an abandonware version of Princess Maker 2. For those who are unaware, the Princess Maker franchise had zero footprint in the United States for many years, but some company had attempted to bring over the second game to the Western shores. However, at the zero hour, whatever company was publishing it decided it would never sell and just let it die, and the intrepid localizers leaked it without a second thought because, hey, they worked hard on it. In any case, long before Steam legitimized the Refined edition, there was my bootleg version on my Windows 98 box, and it was fantastic. I loved mixing the simulation and action/RPG elements to help my daughter get to become a proper princess, and I also loved that it wasn’t always the path for her. Depending on what time we invested in studies, monster fighting, vacations and otherwise, maybe my daughter would become a great knight, a nun, a loving bride of Satan, or, weirdly, marry me because I was technically her step father. All strange tones there aside, it was genuinely fun, and I was so happy when the series finally made a proper Western debut. Now, CFK has gotten a hold of some of the Gainax properties and is publishing games onto the Switch, and fans are eager to see the remastered version of the third game hit on console. However, in the meantime, fans also have access to something…a bit different.

Princess Maker Go! Go! Princess is, well, a board game. It’s a very interesting take on the core idea of Princess Maker, which, initially, is to raise a girl from childhood (usually ten or eleven) all the way to her 18th year and then see what the future holds for her. With Go! Princess, the stakes are a bit different. Now, you are still doing the same ideas, but the delivery is significantly different. You compete against up to three other would-be princesses to become the best damn person you can be, but the ultimate goal is to be a princess. The winner is whomever wows the King and the Prince enough to be selected for marriage, so there’s already something a bit odd there, but keep your seat belt buckled. On top of that, there’s also the fact that you accomplish this by running tasks and errands for the King. You’ll be asked to go check out a Theatre, rescue a lost cat, investigate some weird monster happenings and so forth. Along the way, you’ll have chances to do different activities, such as work and earn money and raise certain stat points (strength, beauty, compassion, etc.), or to buy gear that may or may not help you out in certain situations. Things like armour and weapons seem straightforward enough, but you can also buy pretty dresses for presentations at events, or small keepsakes to help with your stress and your general demeanour. It’s…it’s different. 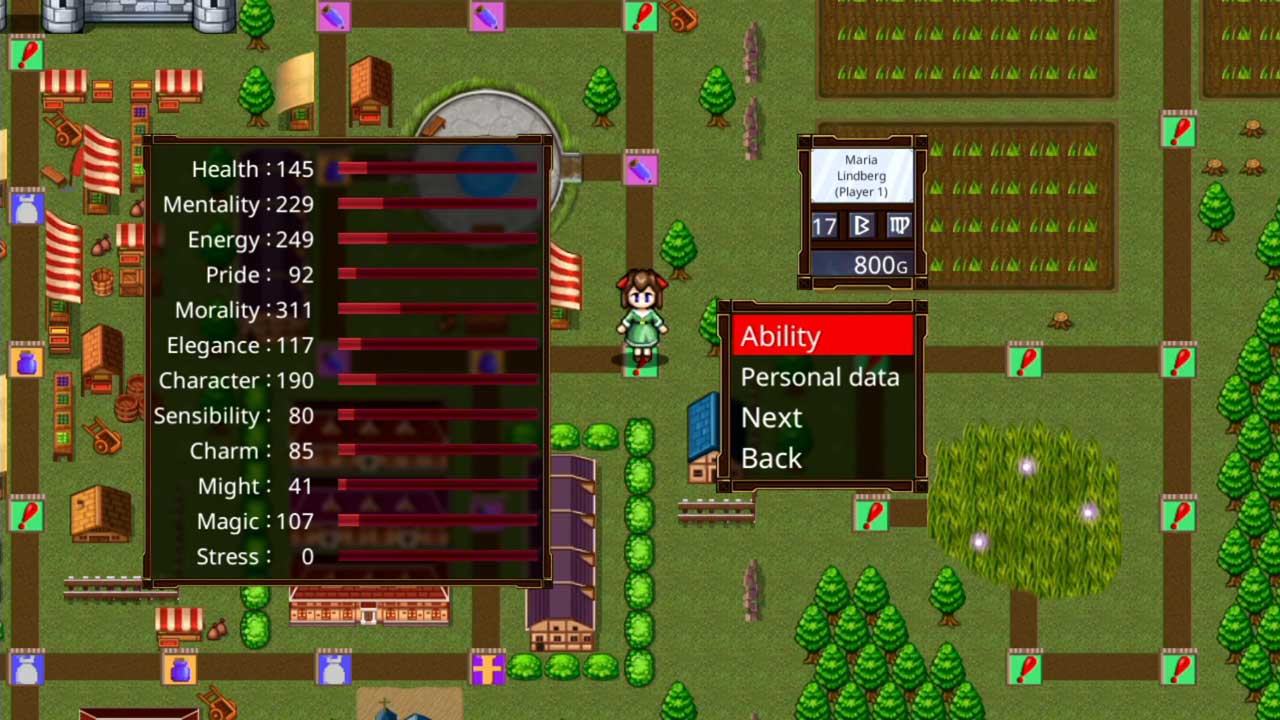 Have you ever played a very specific trivia game? Sure, you know that Trivial Pursuit is going to try and run the gamut of information and education across a certain amount of time, but have you ever tried to play Trivial Pursuit: Star Trek Edition? I don’t know jack about Star Trek other than a few things I remember from watching the show with my dad, but I never bothered to invest any time or energy after Deep Space Nine went off the air. Imagine trying to play Star Trek trivia against someone who went to a Con every year dressed as his favourite Star Fleet General. You’re going to lose, aren’t you? Moreover, you’re not going to have any fun, because you don’t care about Star Trek. That’s sort of the tone that you get from Princess Maker Go! Go! Princess. This isn’t an entry level game for people who’ve heard about the franchise and are curious. This is made for fans who are well versed in the lore of at least one game and can appreciate the way that it transitions into a digital board game. This isn’t a dig at the game in any way, but it is a warning: there are many places to start with Princess Maker, and this game is not it.

Anyways, once you select your princess (choose any name and be represented by one of the four princesses from the original games), you set out to do the first task the King sets for you, which is usually the theatre. The game concludes at the end of the 8th year, but you can scale the effect of Go! Go! Princess however you’d like in terms of longevity. If eight years seems a bit much (each year is about eight turns, two per season), start the game from the 7th year and beat the band to try and make this happen. If you think the map is too big, parse it down to the “central board” so that the King won’t have you running to the far flung corners of the kingdom to do his insane bidding. Be sure to set the animation to either Fast or Very Fast, because the dice roll is always done by a fairy struggling to pick up the die and then casting it in an awkward fashion. Faster animation means the task is done quicker, and then you begin one of the most odd and sometimes frustrating journeys around the board possible. I say this because Princess Maker Go! Go! Princess is 99% about lucky die dolls.

In order to engage with tasks, you need to roll the exact amount to get onto the space. So if you’re one away from the Park where the cat is, and you roll a two, you’ll overshoot it and end up looping around to try and get onto the space before the other players or the NPCS do. I can’t tell you how many times I was the first on the scene, but then wasted almost a year circling a single spot until I was able to get there, and, more often than not, someone else would get a lucky three and land right there. Then the king wants you to go off somewhere else and I would often wait for a computer player to go, because I never got a good look at the board and I didn’t want to start going the wrong, long way, but the computer would always know the right direction. Meanwhile, I’m watching a literal seasons pass as I keep returning to my father’s house, shaving off my nonexistent stress, and then trying again to get to that damn theatre. 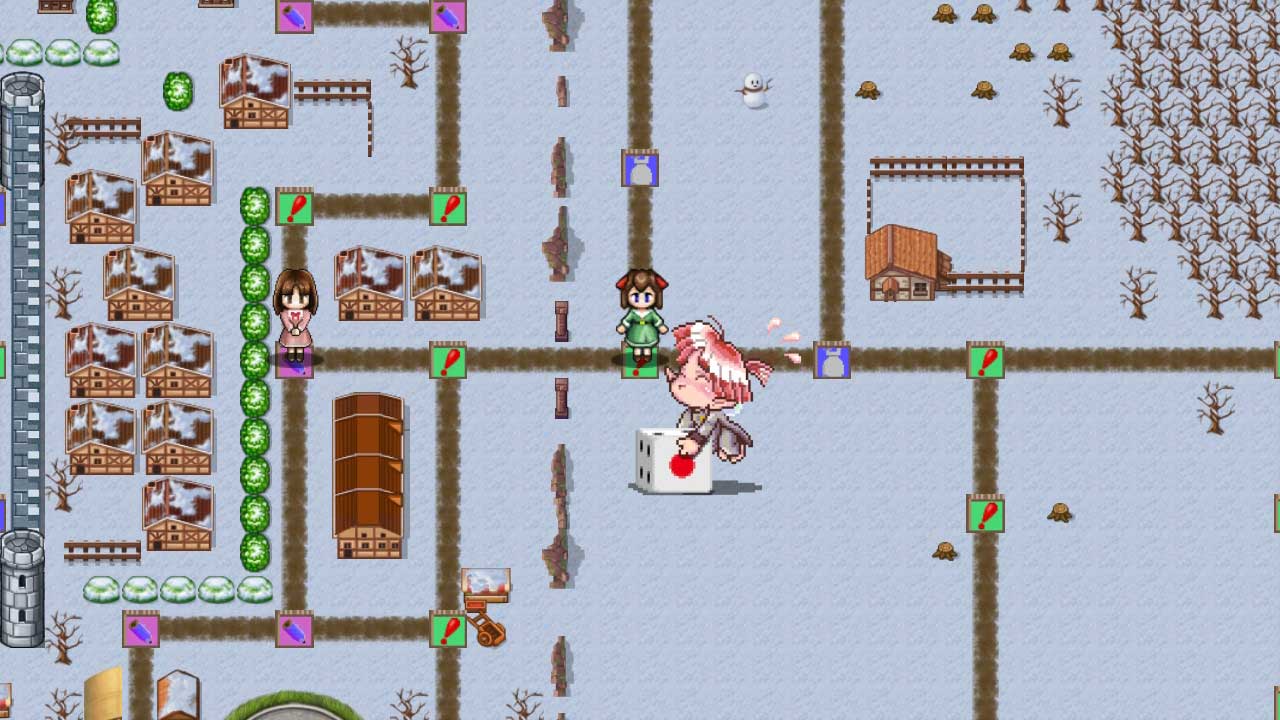 Which is a shame. Seriously, it’s a damn shame that so much of this is left to chance, because the other encounters of Go! Go! Princess are exceptionally fun and interesting. I loved being able to work my different jobs at random places to try and get money and boost my awesomeness. I liked that I filled my inventory with the most lethal weapons I could afford even though I only fought the other princesses. Oh, and I LOVED being able to land on the same space as another player and then fight them. The fights, sadly, were also dice rolls, so there were times where I was armed to the teeth, but the other princess named Olive Oil beat me handily because I kept tossing ones. You lose a fight, you lose your next turn, and nothing says “I deserve to be a princess” like crippling your opponent on a run to the castle. Also, if we’re calculating time by turns, that stupid king and prince waited almost three years after summoning us to the castle before someone finally landed in the center (me!) and started the princess choosing ceremony. Then my daughter decided she wasn’t ready for princess life and decided to become a loving wife to someone else, and the AI who couldn’t find the castle gate with a map and two hands somehow got the throne. Of course, the other princess was able to land on all the spots she wanted to do errands and appeal to the prince, and I worked about 35 shifts at the local restaurant while circling the drain. Such is life.

The graphics and audio are lifted straight from other Princess Maker games, so things like the off-hand conversation with your daughter are voiced and fun extras if you want to do them, but don’t seem to have actual bearing on the conclusion of the game. As a result, when you peel away the veneer, you realise this is a crazy, totally chance-based game that doesn’t have anything to unlock or anything to draw you in as just a board game fan. It has the complexity and the sheer luck that people used to win the original Mario Party games, but it doesn’t have the fun mini games or power ups to balance things in your favour. Princess Maker Go! Go! Princess feels like a promotional tool to remind people that Princess Maker still exists and is coming to the Switch in a bigger capacity, and I think this game could, honestly, be five dollars cheaper. At fifteen, I had certain expectations for a bit more involvement (maybe actual combat?), but I think ten would have been a sweet spot for justification on impulse buying based on nostalgia and curiosity. If you decide to give this game a go, know exactly what you’re getting into. Having at least one other friend who is very interested in Princess Maker will help, and having a friend who you don’t mind being frustrated that they weren’t able to get to the right spot in time will be essential, because that’s going to happen, a lot. Don’t let Princess Maker ruin good friendships: temper expectations, and this oddball but still charming board game could be a fun time.

While it has good moments and appeals to the Princess. Maker fandom, this digital board game relies too much on luck and chance for something so skill based.