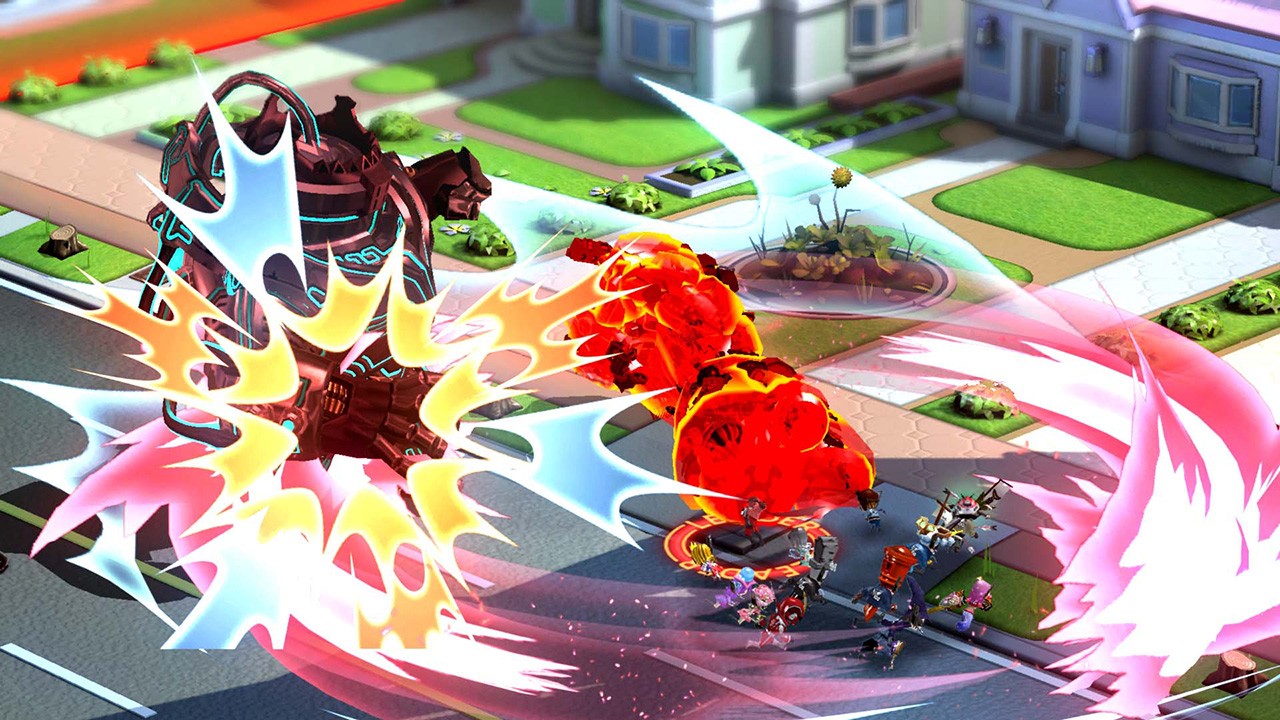 There was a dream once, a dream called the Wii U. It was a beautiful system, full of promise and opportunity, and it was squandered because of a bad name and bad timing. From this system birthed many, many titles that went on to greatness both locally and as a port. I’ll always maintain that I liked Splatoon 1 better than 2, even if I put in more hours into the second. Mario Maker just feels better with a separate gamepad. And now, there is a chance for another amazing title to make itself known for those who would have otherwise never heard of it. Only this time, Platinum Games, the insane geniuses behind Astral Chain and so many others, want to swing for the fences. They’re giving their gift to the world, and ensuring that Switch, PC and PS4 players alike can join in on one of the craziest, most addictive adventures you could fathom. This is The Wonderful 101 Remastered.

From the drop, Wonderful 101 Remastered makes a point to draw you into a world of comic book style intensity, and it’s fantastic because it does so without needing to draw on existing comic book conventions. Much like another classic Platinum Games title (Viewtiful Joe), Wonderful 101 fabricates a world and convention that takes almost nothing from the player to fully believe and become immersed in. The Wonderful 100 are a series of heroes around the globe that all have secret identities and special powers unique to them, and they often unite in order to fight off distasteful and threats from around the world and, more specifically, outside of our own planet. The latest threat comes from an organization calling itself GEATHJERK, which is a ridiculous acronym that I don’t have the patience to type out, and GEATHJERK is plotting something that threatens not only our world, but the entire galaxy! Thankfully, the Wonderful 100 have some special tricks up their sleeves. They have their individual specialities that manifest into incredible beings thanks to their Unite Form attacks. They have the support of the CENTINELS, a United Nations backed group that gives the Wonderful 100 transport and high tech assistance. And, most importantly, they have you. You are number 101, and don’t you ever forget that. 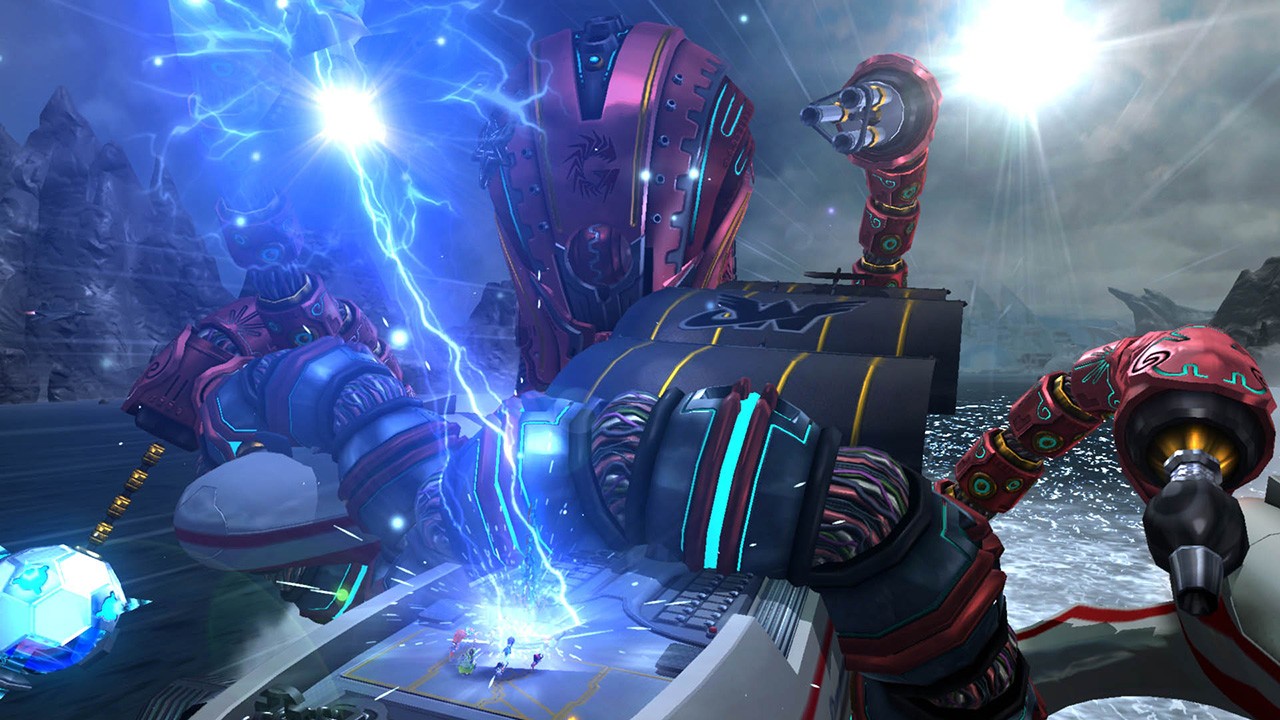 As an action/adventure title, The Wonderful 101 Remastered has a very special ebb and flow to how each of the chapters in the game unfold. As you move forward, you unlock and move onto the next “mission” that you need to accomplish. Usually, the mission will involve subduing the GEATHJERK cronies that have appeared before you, and you can do that either with a sort of “group attack” where all the members of your team surge forward at once or you use a unique Unite Form attack. This is where things get a bit tricky. Most of the forms have to do with the different Wonders that you meet along the way, some can be obtained through the Wonder Mart shop that you visit between levels, and even more come from levelling up, which is a result of grinding out more missions with one particular Wonder at the helm. Whereas the Wii U version of the game had you making Unite Forms through the drawing surface of the Wii U Tablet Controller, the Remastered version has mapped it to the right control stick, which, as you might imagine, can be a tad hit or miss. Forming the beautiful sword of Wonder Blue is always easy: straight line, can’t miss. But when you’re trying to make a ladder up a wall, a bridge across a chasm, a triangle for a hang glider or the special L shape for Wonder Green’s amazing firearms, it can be a little touch and go. In this same vein, players will instinctively want to move the camera around with the right joystick, and this never works. As it is, there are a limited number of missions where you can adjust the camera at all, so players may be frustrated that they’re reduced to the fixed perspective as designated by Platinum.

Having said all that, the formation of Unite Forms is easy enough to memorize and adapt to, and that’s my only complaint. The Wonderful 101 Remastered has so much to offer in terms of atmosphere and gameplay that I can honestly overlook the slight discomfort with the controls. For one, the missions are more than just beating up enemies, which helps add to the oddball amazement of the game. You might end up needing to save citizens, move giant debris, unlock a combination door, win a successful roulette spin or figure out the right time and place to be in order to deflect an incoming projectile. These missions seem to change on the fly and happen in a naturally unfolding manner that feels so much like a comic book dramatically revealing the next challenge that the hero needs to overcome. When I squared off against a massive turret cannon that had me use a gargantuan baseball bat to return volley the bombs they shot at me, and it was all happening on a baseball field, I could only nod in approval. This was borderline insanity, and I was loving it.

Platinum Games makes no apologies or allocations for their titles, and Wonderful 101 Remastered is no exception. If you want to simply play and enjoy the silliness of the world, by all means set the game to “easy.” It’ll add auto blocking for you, the enemies won’t hit as hard and you generally will get more passes when things go wrong. When you ratchet up the difficulty to normal, you get to see what the company lovingly refers to as the “Platinum Standard” in difficulty, and you can grin and enjoy what Kamiya considers the bare minimum of challenge to meet his own views. You’ll get hurt. A lot. You’ll get blown up and shot into space, smashed and smooshed and positively kicked around if you’re not up to snuff. It’s even better to see the Platinum Standard exercised here because you aren’t just a single person: you’re a powerful group of superheroes and you can actually see how many of your team are put out of commission, however briefly, by your failure to adapt. The combat moves fast and furious, and later stages really challenge you to change your Unite Form on the fly, dashing and blocking while changing from fist to sword to pudding and back again. The whole time, you’ll have one of those darling rockets that you picked up from the Wonder Mart in your back pocket, and you know it’ll do massive damage BUT lower your score, and don’t you want to make Kamiya-San proud? 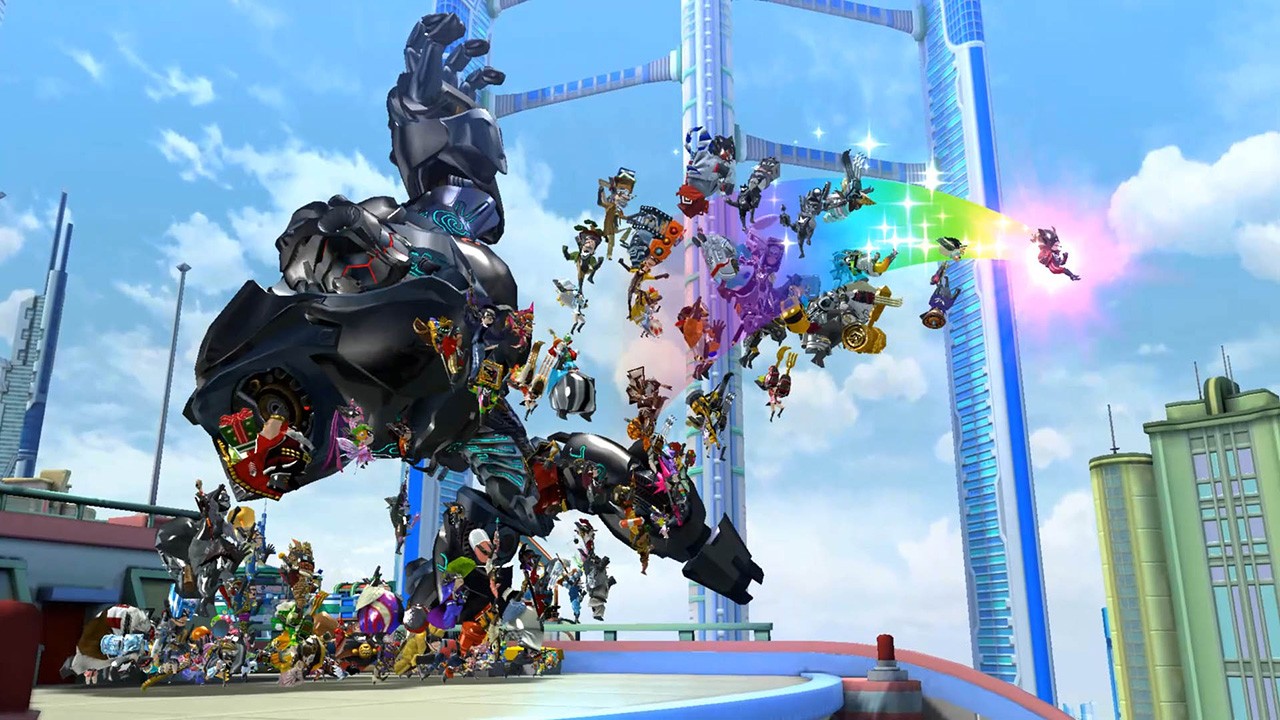 What gets me the most is the love and detail in the presentation of The Wonderful 101 Remastered. There is a level of execution that went into this new version of a fan favorite that comes through in multiple degrees. The English voices are on par with the Japanese voices, with both voice casts delivering dramatic and absurd messages with confidence and style. The writing makes me laugh aloud at the misdirection in how conversations and monologuing can go, and it never distracts enough to make the plot go off the rails. There’s something great about using the Unite Form to recruit citizens off the street and add them to your roster, having the everyman and everywoman join in to be superheroes themselves, aiding in the fight. It only gets better when you inadvertently recruit a brand new Wonder to the team that you didn’t know existed, like Wonder Kabuki or Wonder Toilet. They might not have special attacks but they’re heroes too, dammit! The chapters are never short and insist that the missions keep happening, but the savestates mean that, if you exit out in mid-mission, you have the chance to come back and pick up at the last place you left off without needing to go back and do it all again. Which is a really good thing, because this game is still a bit glitchy at times and you might end up falling through an infinite void of darkness like I did one faithful boss battle. Thank God I could merely quit and pick right back up at the start of the fight.

Platinum Games has managed to take The Wonderful 101 and simultaneously turn it into a game for us and a game for them. We are experiencing their story, their vision, but they want us to be a part of it, to love it and feel the rapturous joy of being the protagonist as much as we play the hero. It looks great, it plays great, it sounds amazing and it’s genuinely a joy to continue. I can’t wait to feel secure enough to try the multiplayer missions, but I’ll wait till my physical copy arrives this summer. That’s right, I’m a proud member of the Wonderful Ones myself, and I’m eternally grateful that the whole team allowed fans to be a part of the rebirth of this cult classic game. Put on your Wonder Eyes, everyone: it’s time to save the galaxy.

Honestly, a Wonderful dream come true to the loyal fans and lucky supporters who can see this experience reach a broader audience.