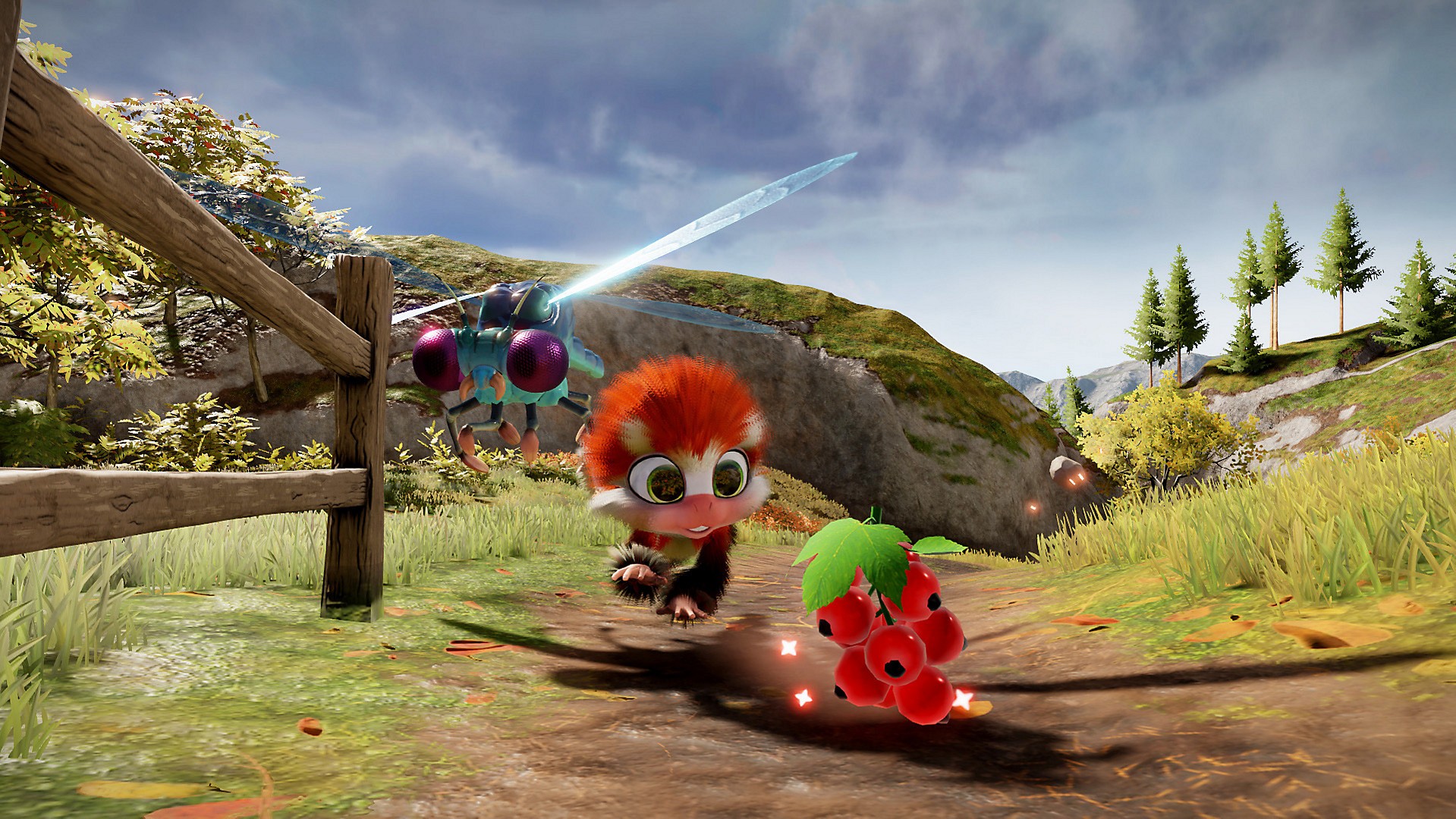 Imagine you’re an adorable monkey, specifically speaking a Tamarin monkey (hence the name), and you’re in a beautiful environment collecting items of fruit and the like. It reads like a Spyro or Banjo-Kazooie game, and it has similar mechanics.

Except there’re guns. And killer bugs.

Tamarin is an action-adventure 3D platformer funnily enough made by ex-Rare developers at Chameleon Games. From the trailers you probably imagined a lovely, wholesome game of collecting fruit and other collectibles to race to the top.

You’re thrown straight into what looks like a lovely game filled with the odd tongue-in-cheek reference to something or off-the-cuff jokes or a damsel in distress, maybe? Nope.

Your home has been destroyed by an army of ants that have guns for some reason. And your job is to defeat them all.

After the tutorial parts you bump into a hedgehog who will appear in the game with helpful advice, but is also running some kind of weapons cache underground as he hands you a pistol and orders you to kill all of these ants.

Soon all of that cuteness is gone, and it feels like you’re in a spin-off of Conker: Live & Reloaded. Gunning down insects and hearing their wails was not what I expected my first 15 minutes to go like.

You have to save some birds as well, really cute birds. If you’re not quick enough, they get gunned down by the ants though (and even you can accidentally kill them) – way to tear at your heartstrings! I came in for a game that I thought was going to be a bit sad at times but not this brutal! 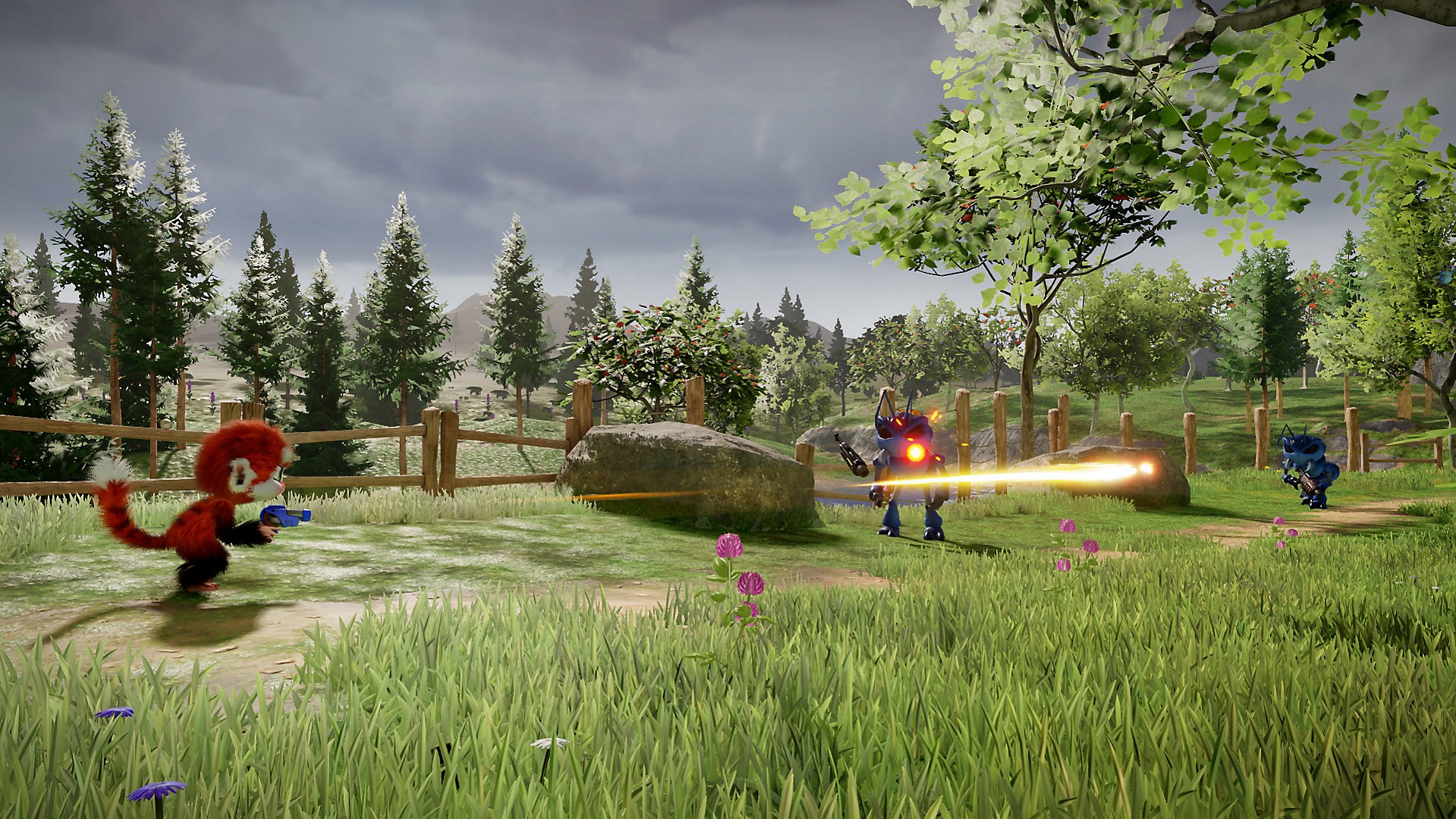 Each area is split off into levels with save points, collectibles to get new weaponry or other useful things and ammunition for your arsenal. There’s also billowing music that feels like it’s straight out of a weird 80s UFO drama. It’s very odd and uncomfortable.

But aside from that, it’s simple levelling in each area. Take out the ants, there’s usually one enormous yellow ant to take down (who has some sort of rocket launcher?) and a set of flying ants that really test how you can handle your aim.

Unfortunately, the aiming and weapon mechanics are awful at best. It was especially difficult to get me to aim on the right things at the right time and sometimes giving up altogether and going further back to aim better.

While there’s an abundance of ammo there are fewer health power ups and the like to keep you going and save points. It’s not a difficult game overall, but it keeps you on the edge for way too long. 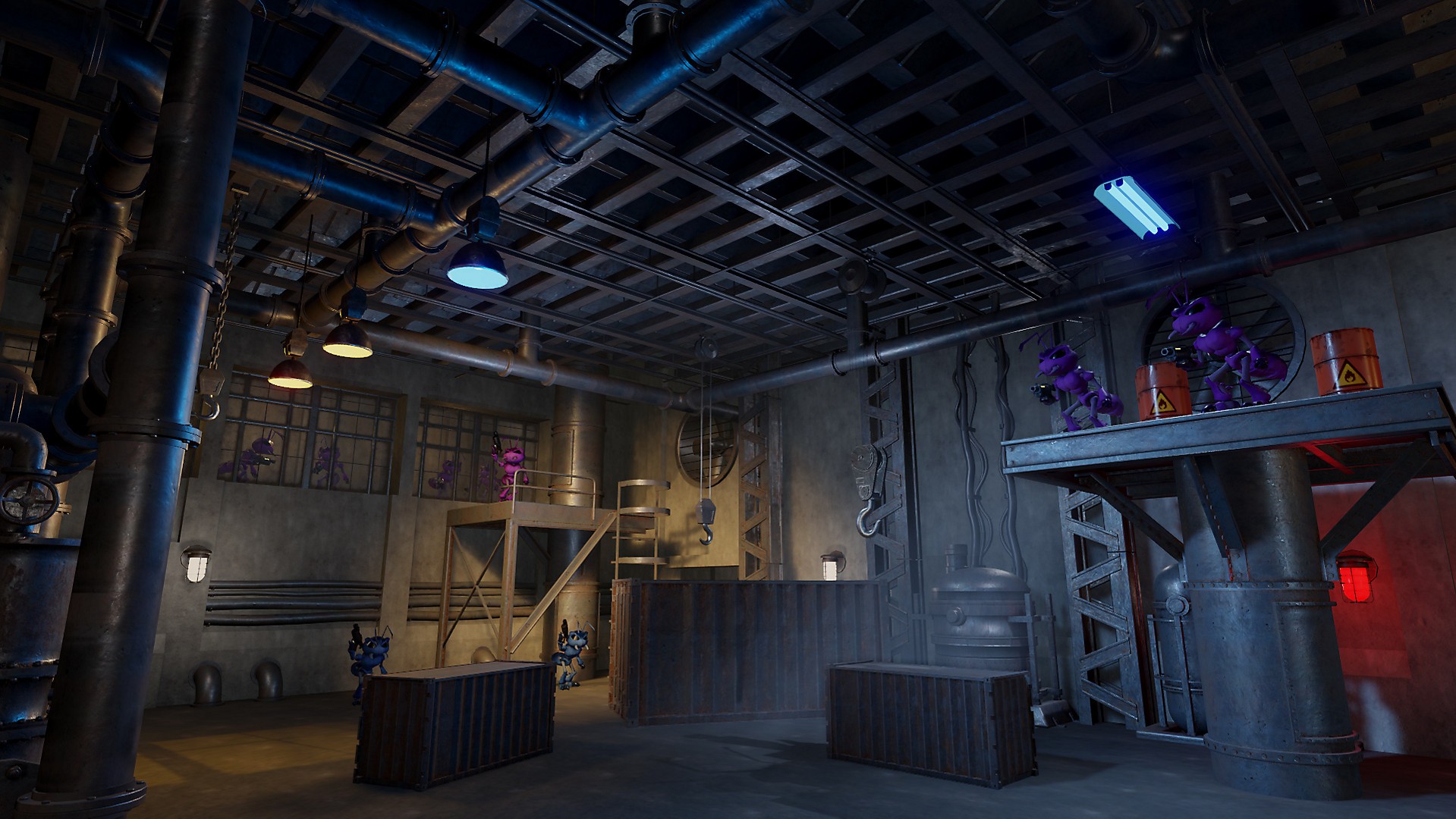 Completing the main story of the game won’t take you long, averaging about 4 – 5 hours, but that’s no complaint. The game itself is quite bizarre that any longer might have put me off finishing it. But aside from my many cons, there is one pro.

The effort put into the design of the locations, characters and areas is amazing. The scenery is beautiful – on par with some of the prettiest games released in this generation. The interiors are drab and menacing, but that’s so you can think on your toes more, and there’s enough to explore in the areas.

Though nothing really explains why these bugs hate you, or why they party underground, or why they’re scaled bigger than a monkey. But I guess I shouldn’t expect much from a gun-wielding, trigger-happy monkey and his sidekick hedgehogs that have an armoury as a side hustle.

Tamarin has all the elements to be a good 3D platformer competing with the likes of Spyro, Jet Force Gemini and maybe even Mario platformers. It just doesn’t have the same charm, fun or enjoyment as these. As cute as it looks on the outside, the plot (what there is of it) is incredibly dark and sad.

I had no urge to pick Tamarin up again after I was done, and I didn’t complete everything within the game. It’s a shame that something that looks so great fell at the first hurdle and didn’t deliver what I expected.

Unfortunately, Tamarin fails to join the league table of 3D platformers. The cuteness and charm disappears the moment you escape the tutorial and the overall vibe is just weird.