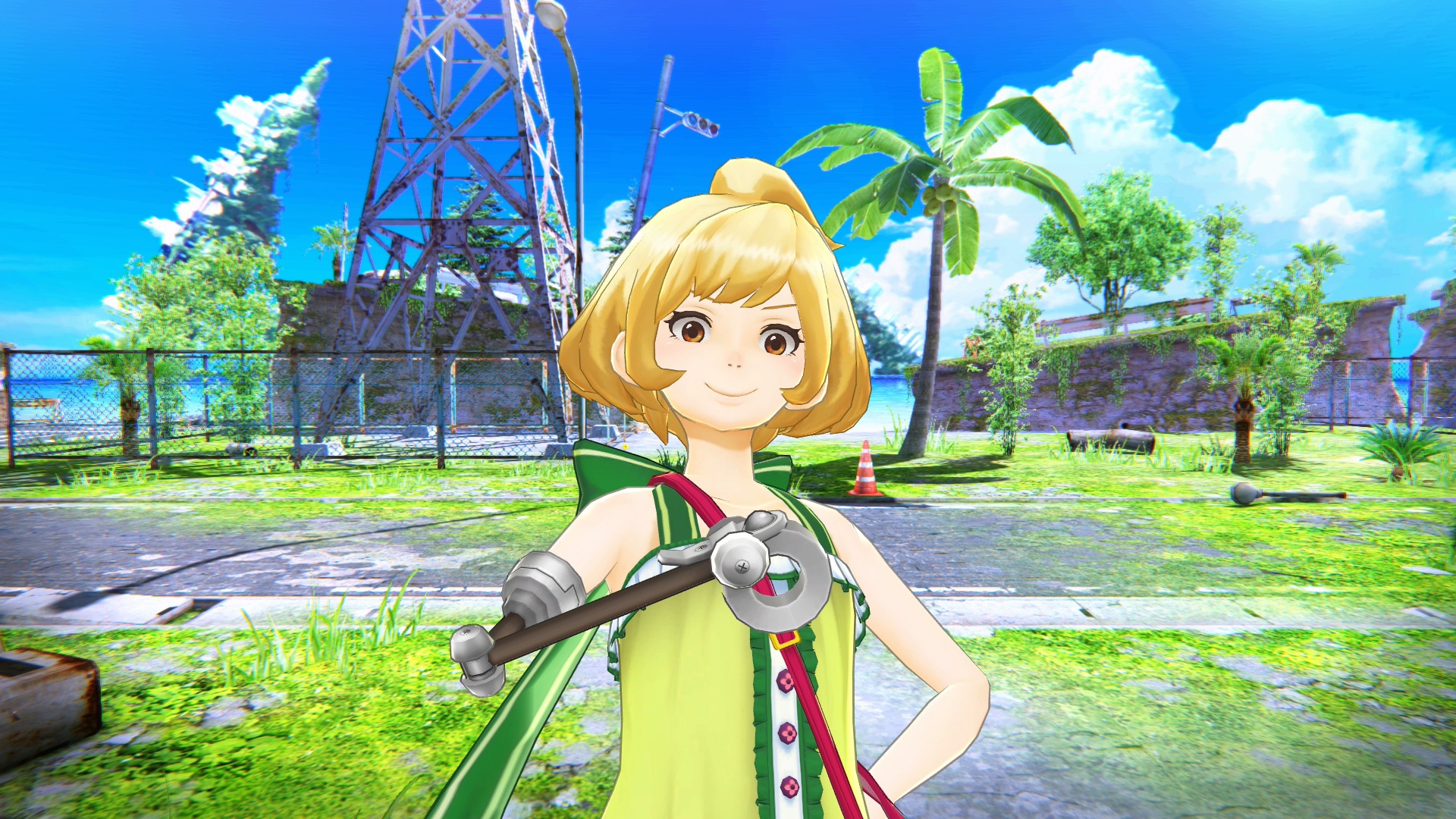 At first glance, Zanki Zero: Last Beginning looks like a dungeon RPG. The world is divided into tiles on the map, which can be filled out by walking into them and motion is limited to front, back, and strafing left and right. You must change your facing in order to change direction, which may take some getting used to for genre newbies. You can control a pointer with the left stick, allowing you to interact with objects within your field of vision. When you begin Zanki Zero: Last Beginning, you’re prompted to choose a difficulty, which can be changed via the Extend Machine.

​On the least difficult setting you won’t need to fight or worry about survival as much, but you’ll also get the least amount of rewards. This difficulty is for those who want to focus more on the story rather than the challenge. The middle difficulty claims to be for survival newbies and offers enemy strength that is “just right” as well as some survival management and a normal amount of rewards. The highest difficulty, which is marked recommended, promises a true survival experience where you’ll need to manage your stress, stamina and bladder while facing off against stronger foes. This mode naturally has the most rewards.

Zanki Zero: Last Beginning’s core gameplay bounces between exploration and cut-scenes where characters exchange dialogue. Characters are drawn in anime style and change expression according to what’s happening and everything is at least partially voice acted. The missions the survivors receive are given to the player via two recurring characters, Sho and Mirai. These two also give the survivors a glimpse into the past in the form of Conquest Videos. These videos piece together their pasts in a way that explains how they came to be on Garage Island. 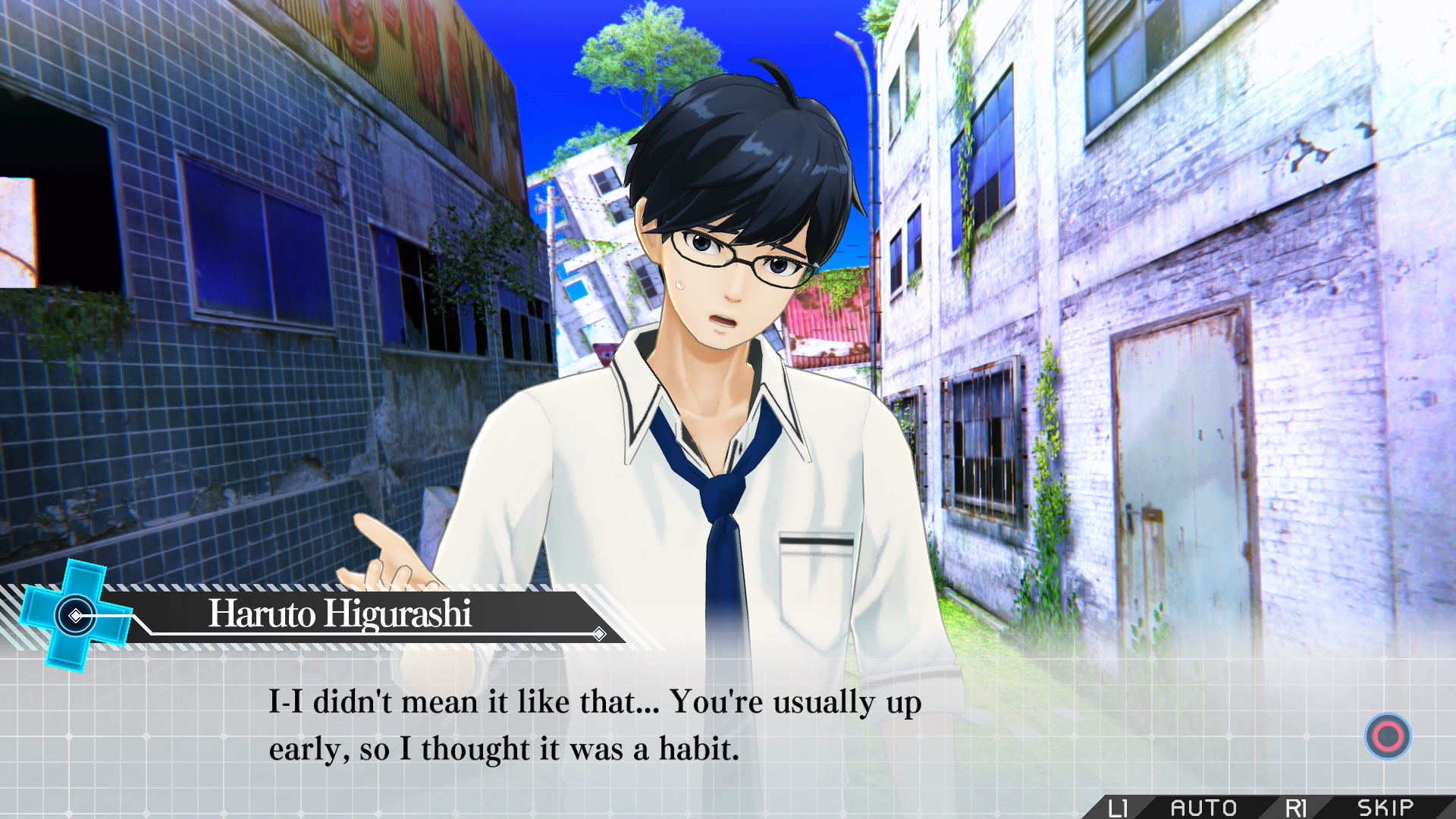 ​Stress is maintained by eating foods the character likes and drinking water. It can be increased by being hurt in combat, getting hungry or thirsty, and failing to take care of bathroom needs as they arise. Consumption, of course, makes the need to use the toilet greater, so it becomes a balancing act. A character who is stressed will reflect it on their character portrait and becoming Stressed will make Stamina decrease. Combat in Zanki Zero: Last Beginning occurs in real time. Enemies move and attack while you do, meaning you’ll have to think on your feet. The direction an enemy attack comes from determines which characters receive damage. An attack from the left side, for example, damages the front and back left characters in your group of four.

Your attacks have a cool down, so you can’t button mash indiscriminately. You also have the option of a single strike or to hold down square and charge up a group attack. If you hold down square and manage to click it within the small pink area in your charge gauge, you can trigger an immediate combo attack; however, the control for this is a little awkward, making it challenging. You can’t save within ruins, so tread lightly. The end of a ruin is marked by a boss fight, before which you’re able to save, go to the bathroom, and take a breather–an unexpected bit of mercy in an otherwise merciless world.

Character management includes leveling up, allocating skill points, equipping equipment, and regulating weight capacity. When you gain experience from combat, your characters level up and are awarded skill points. There are a variety of skills that are useful to either combat or survival and each character has access to the same skill trees with the exception of Sachiko. Equipment can be equipped to hands, head, body, and feet and can be crafted or found in the world. Every item has weight and adds to your burden bar. This system ensures that you can’t take everything you find, though sub party members can act as pack mules. This is one of Zanki Zero’s risk versus reward factors: do you run the risk of overburdening your character with useful items so that you can develop greater gear once you return to base camp or do you pack light to lessen stress and push your way through the ruins?

Rogue-like elements rewards you for sticking your neck out and dying in various ways. These new traits, called Shigabane, are available upon your next Extend. The 13th day life cycle forces you to think about when you renew your clones. Children don’t make good fighters, but middle aged warriors will age as you proceed and can die from old age. Having everyone with the exception of Sachi die at once would leave you at a huge disadvantage, so it’s best to have clones with a healthy mix of different stages in their lives. Clones age as you explore.

Extending requires SCORE points, which are awarded for defeating enemies. Extending without activating Shigabane will cost less SCORE. The Extend Machine can also earns new features as you progress through the game. When you Extend, bear in mind you start as a child but retain your memories. 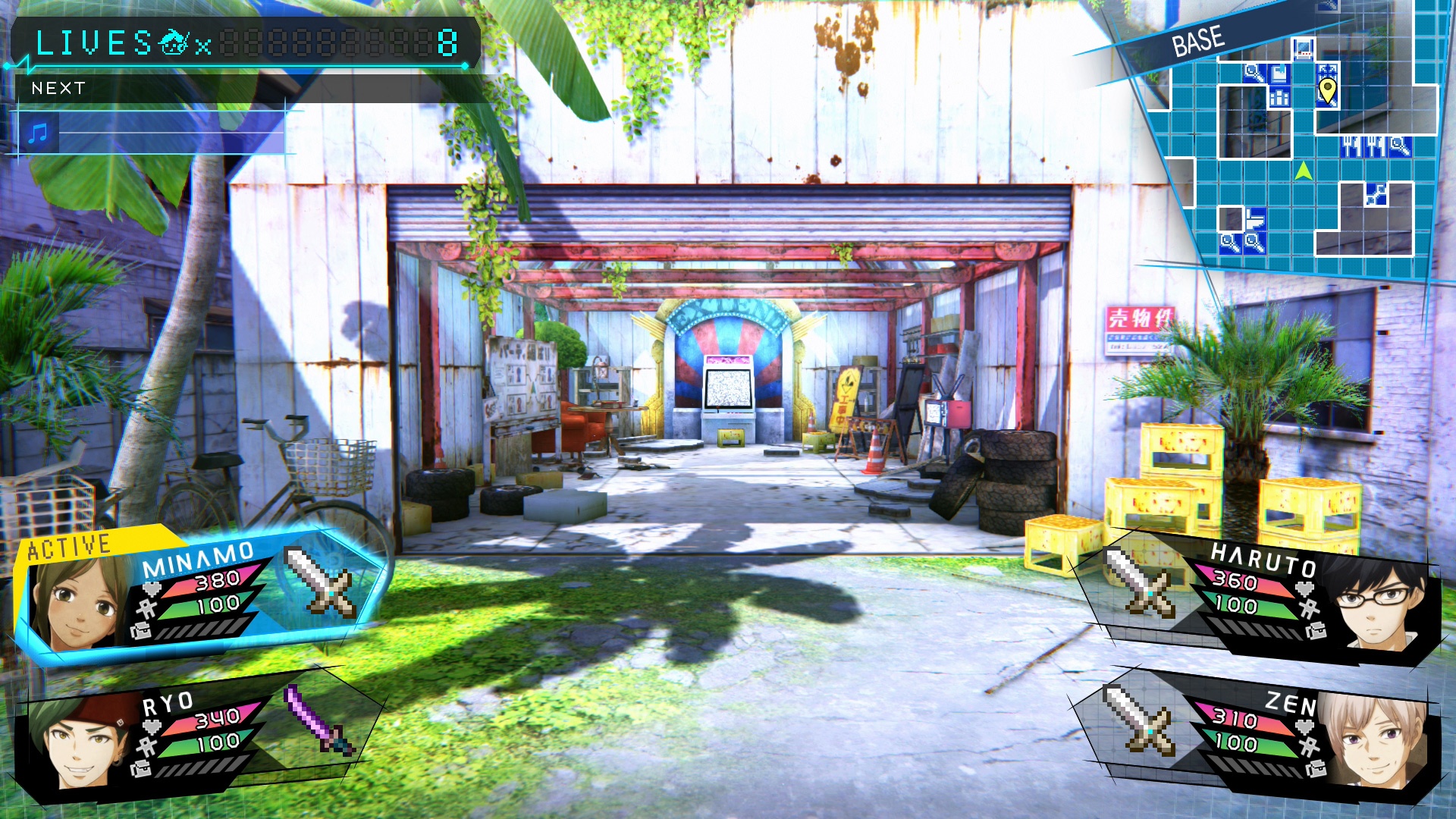 There are also elements of base building. Using items you find during exploration, you can build and develop useful facilities on Garage Island. Better facilities means a healthier team and better equipment, which greatly increases your chances of survival. In order to improve your base, you’ll need to teach your characters the Reformer skill. In order to make use of certain facilities, like the kitchen, you’ll need to learn how to cook and so on and so forth. The base is one of the few safe places in this post apocalyptic world and it’s where you’re able to save your game and prepare before exploring the ruins of civilization.

The story is where Zanki Zero Last Beginning really shines. It keeps you wondering about everything: why are these individuals with very different backgrounds on this island? How did the world end? Who–or what–is Sachika  really? What are the sins haunting the 8 remaining survivors of humanity? What is the Humanity Restoration Mission? There’s full voice acting and auto continue for story cut-scenes, allowing you to sit back, relax, and get swept away with the narrative. Everything else is partially voice acted in either English or Japanese.

How exactly these 8 remaining clones can salvage humanity is unclear and you’ll have to play through the game in order to find out. And remember, kids– illuminate a brighter future for humanity! It’s not perfect, but I’ve never played anything quite like Zanki Zero: Last Beginning and I think that’s what has me hooked. Making progress can become somewhat of a slog what with the limited life spans of your clones and the nature of aging, but if you plan well, Zanki Zero: Last Beginning becomes an enjoyable roguelike and survival becomes second nature. With some improvement, this formula could prove to be something that shakes up the genre and I look forward to other titles like Zanki Zero: Last Beginning.

If you’re still not sure, play the free demo. It’s pretty lengthy and will give you a good idea as to what you’re getting into–with the added benefit of an item pack with a slew of useful survival items.

​Produce clones to Extend the lifelines of the last 8 survivors on Earth and unravel the sins that haunt them in this post-apocalyptic survival rogue-lite.