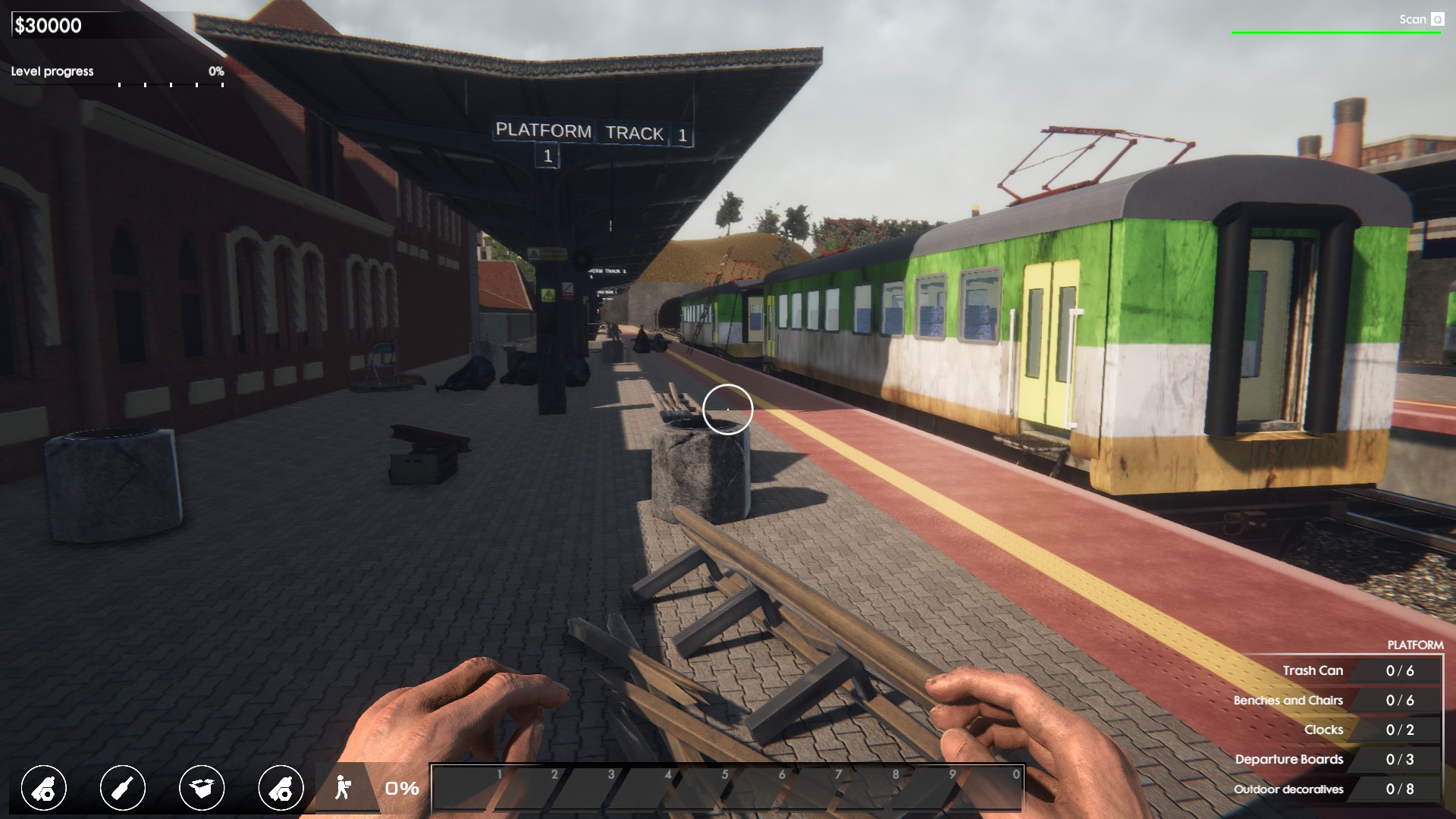 Train Station Renovation is one of those games that is exactly what it says in the label. Published by PlayWay and developed by Live Motion Games, this is the latest title in the niche simulator genre to hit Steam’s Early Access, and it seems to be doing great so far.

In Train Station Renovation you play as the worker of a train station renovation company that takes multiple jobs to restore old and abandoned train stations. Faced with multiple arduous tasks, you’ll find yourself having to make use of various tools at your disposal to do things such as wash off graffiti from walls, collect trash, remove cobwebs, restore broken walls and paint them, repair railways, and even dismantle broken furniture and replace it with a new one.

Besides the tutorial, the game currently features 10 different levels and each of these takes you to a different train station that presents you with a new problem. Each train station has a set of tasks that you must complete, but after you complete these there is often still a lot of optional work to do around the train station. There are things to clean, repair, replace, etc. With that said, there are quite a few of these obligatory tasks that aren’t really that clear in terms of how you actually complete them. For example, there’s this one level where the game only tells you that you have to move a train further along the tracks, but in order to do so, you actually have to go back to the beginning of the level, to an area where there wasn’t actually anything to renovate or clean, and use a telephone to call someone to move the train. 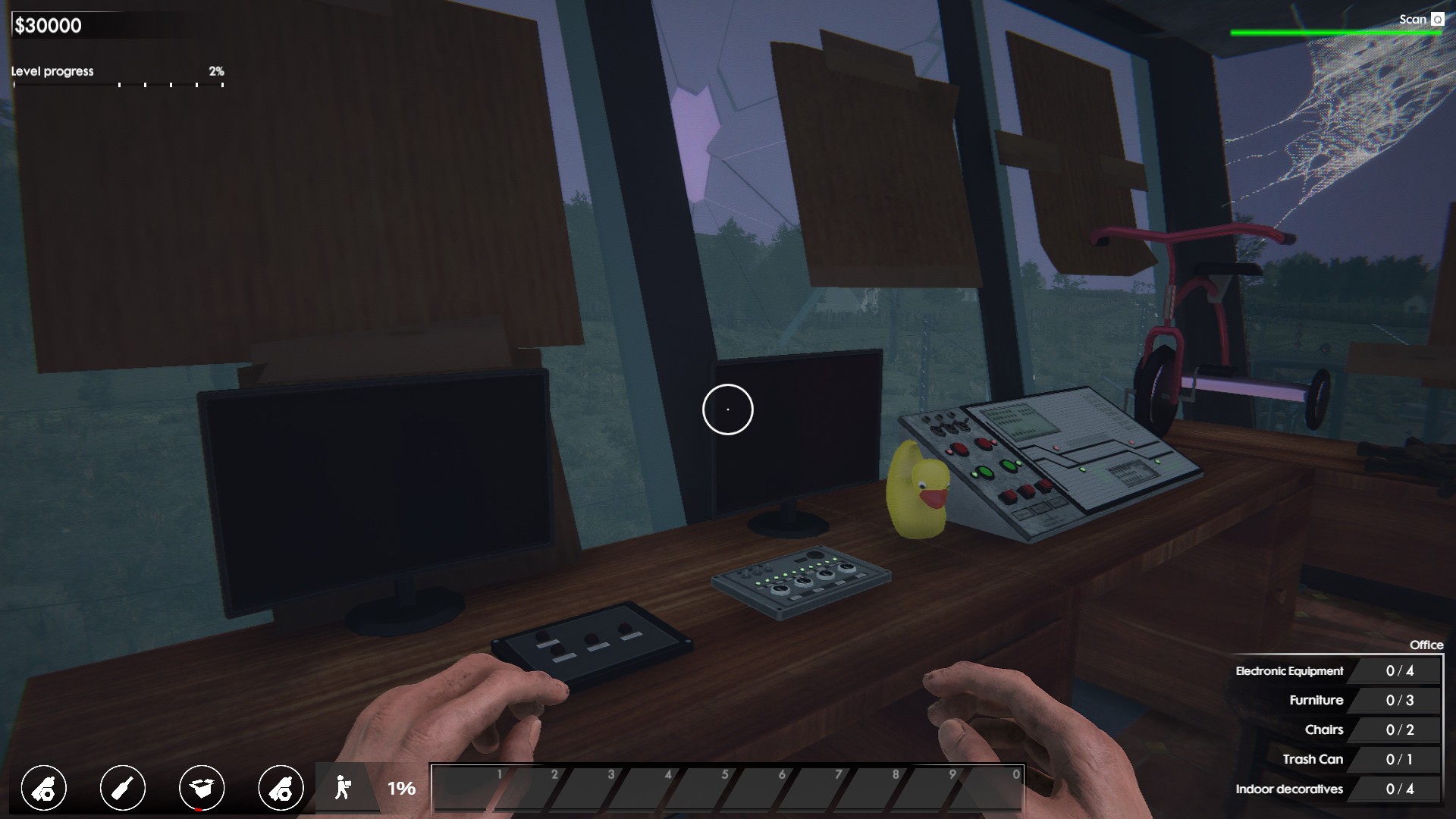 To complete a mission, you only have to complete the set of main tasks that the game gives you, but this doesn’t give you anywhere near the 100% completion rate of the level, nor the maximum rating of 5 stars. To achieve both of these parameters, you must do everything else that there is to do in each station. Some areas require you to place specific types of furniture, from trash cans to vending machines, ticket vendors, to shelves. However, the game only specifies the type of things that you need to place, it doesn’t specify exactly what objects. This means that you can simply furnish a bathroom with only soap dispensers and you’re good to go, who needs toilets and sinks anyway? It’s kind of silly and I do hope that this does end up changing so that it makes more sense out of the different areas in each station.

From what I can tell, there isn’t really any particular reason for you to go for that maximum completion rate, you’re most often than not swimming in money which is only used to get rid of the trash. On the other hand, stars are actually quite useful, as they allow you to unlock new and better tools, which will decrease the time it takes for you to complete certain tasks. I’d certainly love to see a more robust upgrade system, one that would hopefully encourage people to actually take their time and completely clear each mission so that they could reap the rewards of their work.

Now, the game isn’t the most pleasing to the eye, but it certainly isn’t the worst looking game that I’ve ever seen. With that said, the game’s performance doesn’t seem to match its graphics, but even still, the game is perfectly playable for the most part, but some of the later levels did have some areas where the frame-rate dipped significantly for me. 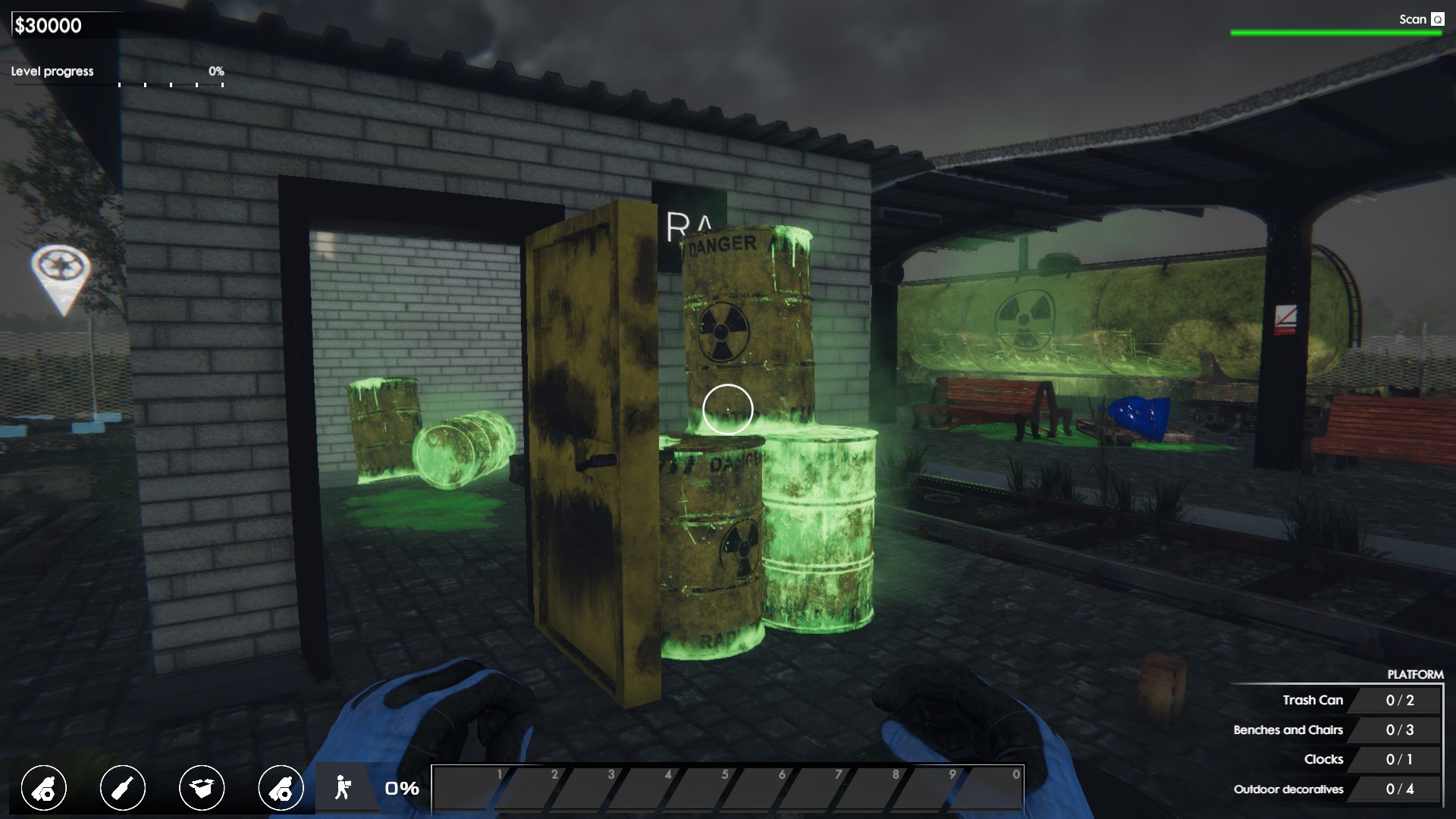 Despite the fact that I enjoy the game for what it is, the most frustrating thing about my whole experience is the number of crashes that I’ve had. They seem to be random, there doesn’t seem to be anything specific in-game causing them, at least as far as I can tell. Since there are no auto-saves during missions, this makes it so that I’ve had to restart levels from scratch multiple times because I forgot to manually save, which is pretty much just throwing time right out of the window.

It took me about 9 hours to complete all the levels that are currently in the game with 5 stars and 100% completion rate. For the current price, I’d say that Train Station Renovation is worth it if you enjoy the gameplay loop. Furthermore, the game will obviously receive more content during its Early Access period, and the developers are very active in the Steam forums, so I’d say that they have the recipe success here.

Train Station Renovation is one of those games that a lot of people will laugh at because of how silly and boring it might sound and look to them, almost to the point of looking like an actual chore to play. At the same time, another set of people will find this to be a relaxing game that they can jump into at any time and leave whenever they feel like. It’s certainly not groundbreaking in any way, nor it’s something that I’d really recommend to everyone, but if you have even the slightest interest in this game, then I suggest you give it a shot and either buy the game or try out the demo.