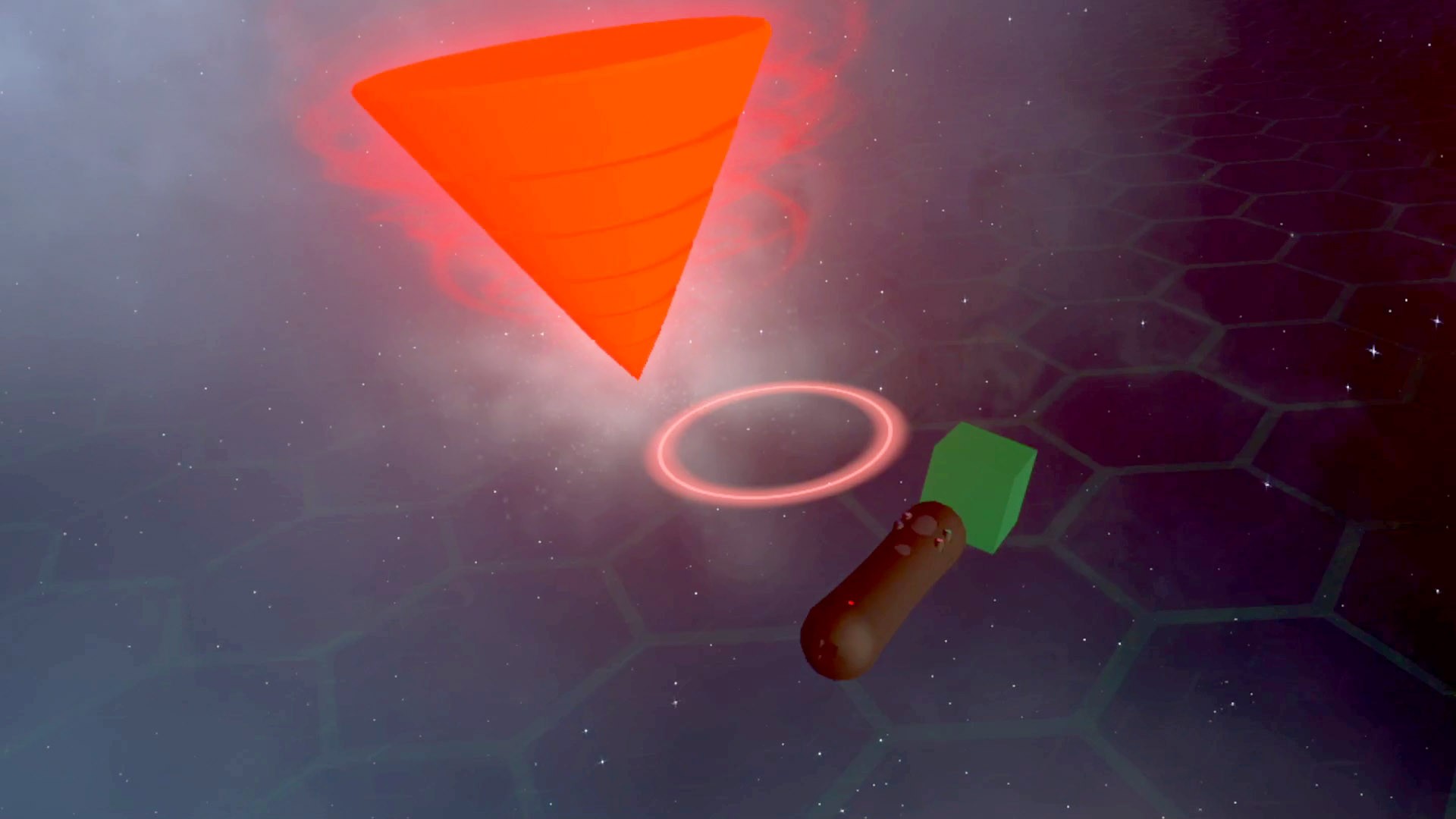 PSVR titles are still coming out at a reasonable pace, had i known how much a Move Controller would be nowadays then i would have bulk bought them back in the PS3 days. A majority of PSVR titles use the regular PS4 controller to play them, there are not so many that are solely played with two Move controllers. So when ArtPulse arrived for review it was pleasant surprise to use them.

ArtPulse isn’t so much a game, but more of an opportunity to build an array of objects and and see how they interact with sound. ArtPulse is something you would class as a VR experience. You’re basically creating a bunch of items within a space. The left controller acts like a set of art tools whilst the right controller is where the colour palette is. There is no end to reach, ArtPulse is at home as a sandbox title. There is a huge space to create within and you’ll soon learn how different objects make different sounds. There are 6 songs to build these objects to, effectively the objects you build add to the music that is playing in the background. 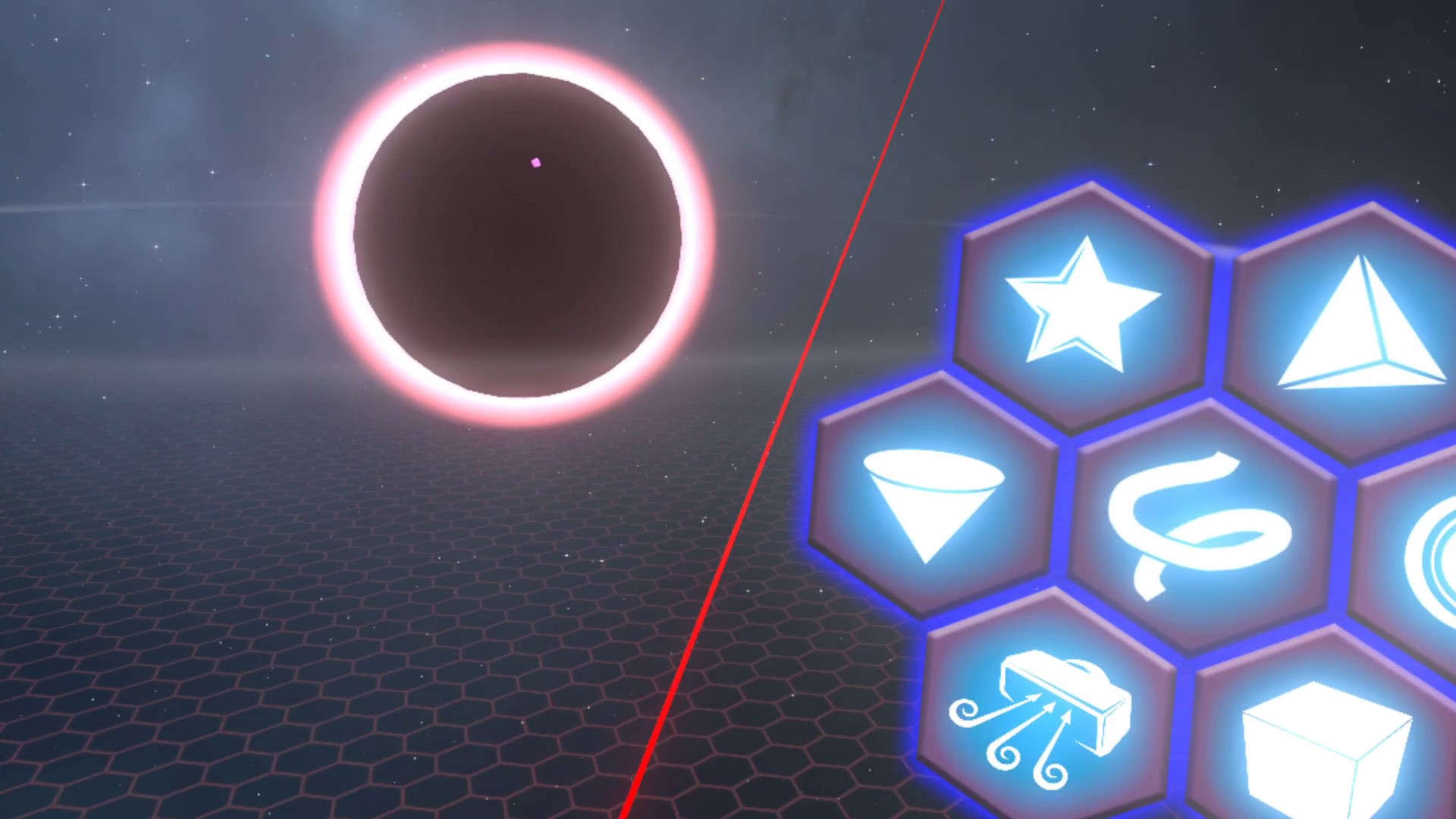 There are seven tools at your disposal. The vacuum acts unsurprisingly as a vacuum to suck up any unwanted creations. One tool can build 3D boxes or box frames whilst another can create series of spheres. There’s a star that can be thrown which will orbit around your objects. The pyramid tool replicated what the box tool does, but using pyramids instead. There’s a spinning like firework which you drop, it bounces, it explodes. Finally a drawing tool allows you to create some squares. Using a combination of these tools is the ArtPulse in a nutshell, it’s a game where the enjoyment you get out of it is linked to how much you put into it. You can navigate around the scene by using one controller to rotate and the other to fly, this works perfectly fine in ArtPulse, it gives you a chance to view your creations from a variety of perspectives. Not sure if it is meant but ArtPulse is a very relaxing game, it’s a bit like being given a palette of colours and objects, then all you do is play with them. 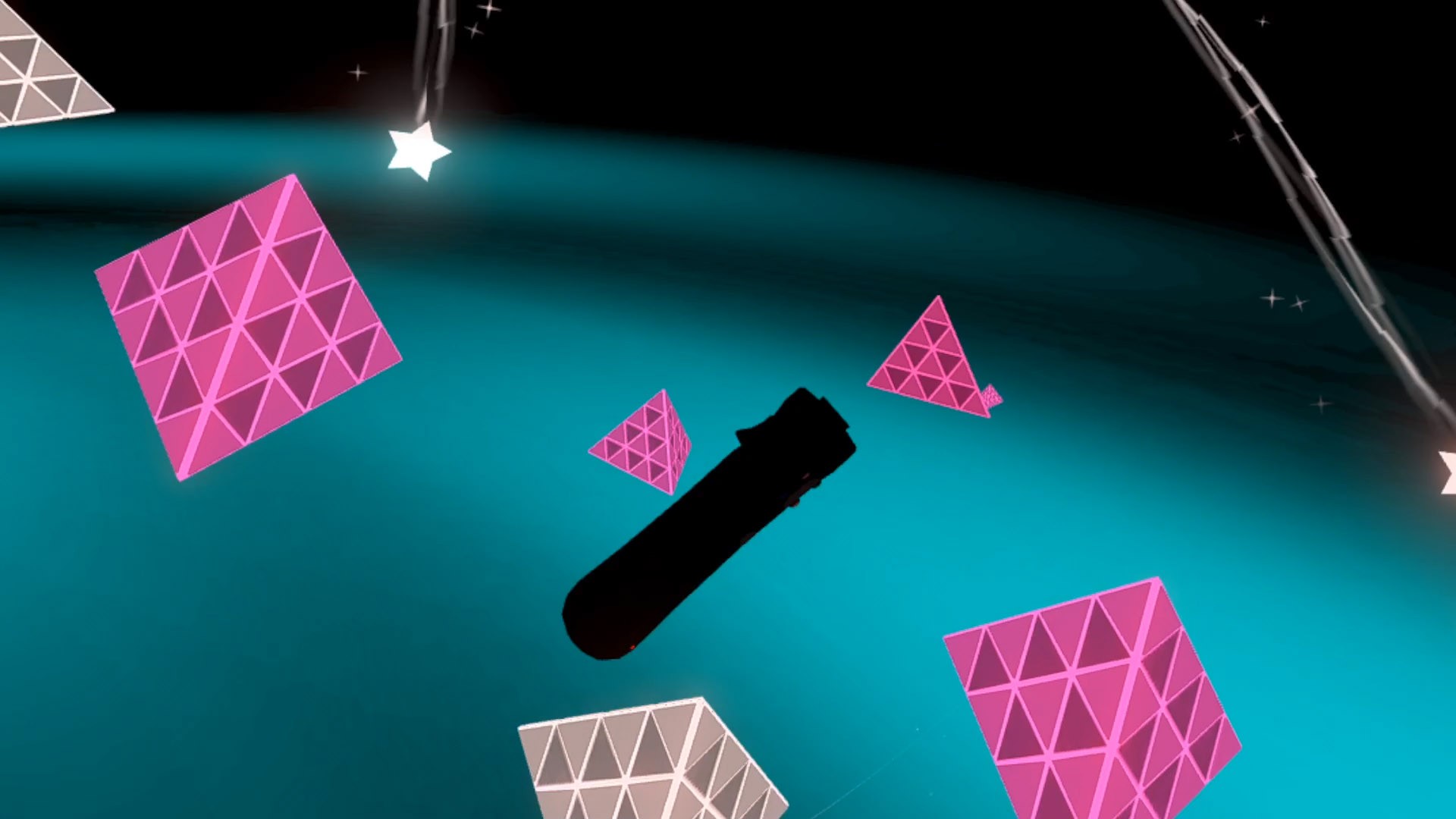 I’ve written before about it being difficult to judge some games. ArtPulse is one that would fall into this category. It’s not really a game, it’s an experience which is totally down to you in terms of input and output. If you’re in a creative mood and have the desire to create lots of interchangeable 3D shapes then you’ll have some fun. If you run out of ideas after 15 minutes then, as an experience, ArtPulse comes to an end. You can’t save anything which is a shame and there’s a self destruct process in place where the objects you have created disappear after a certain amount of time. You can’t undo anything either, so there are a few limitations playing ArtPulse. It’s sort of sad seeing your creations disappear but unless you are motivated to create more, then you’ll probably be finished with the Artpulse experience. A few more songs to sync to would give ArtPulse a greater deal of depth, whilst the ability to share your creations would have given made ArtPulse a better experience.

ArtPulse is not really a game, it’s a chance to experience VR within the confines of an environment where you have, to an extent, total control. There are no goals or tasks to complete, so you are only limited by your own imagination and more importantly, motivation. If you fancy being creative then ArtPulse has something for you, if you want something with a bit more direction and depth then ArtPulse isn’t going to be that game.

ArtPulse is not really a game, it’s a chance to experience VR within the confines of an environment where you have, to an extent, total control.