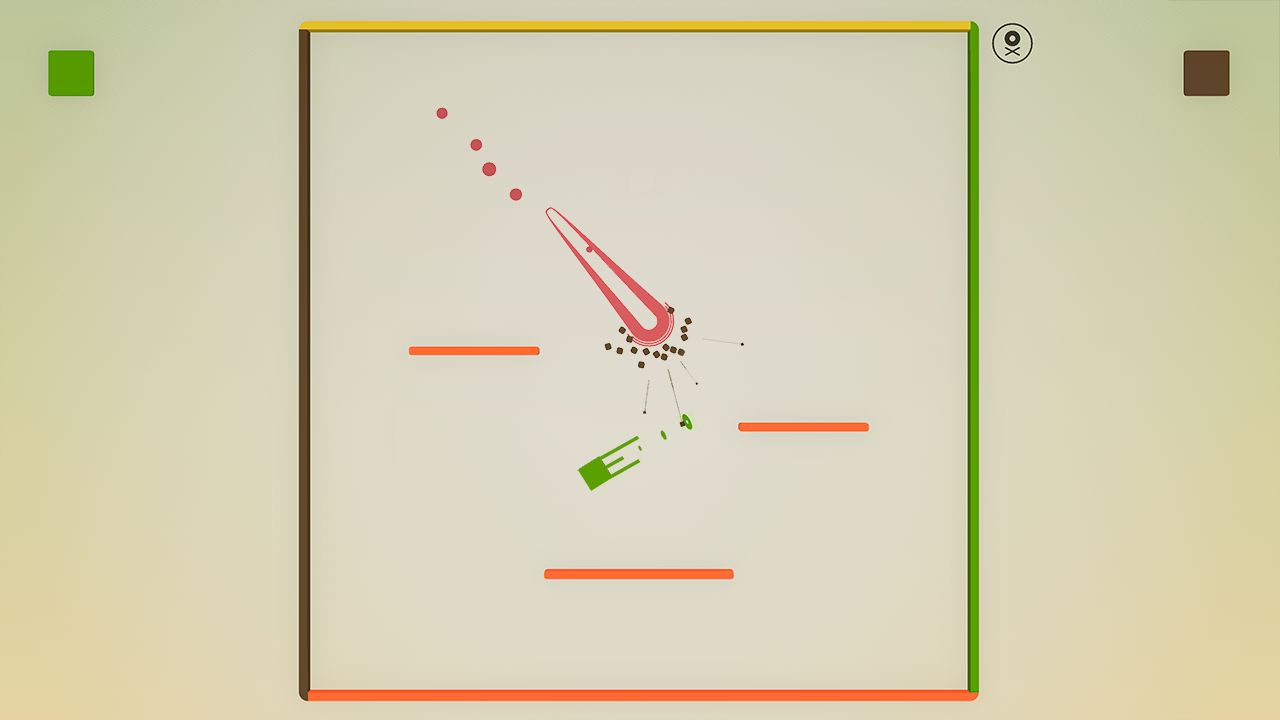 FLAT HEROES, by Parallel Circles, is a twitch gaming adventure, almost in the same vein as N+, where your character, in this case, a square, is dodging a plethora of obstacles. You can play this by yourself, or with 3 others. The controls, while simple, are a bit floaty, but once you get used to them, can affect ninja-like attributes, like being able to adhere to (some) walls. Dodging bullet hell, guided lasers, smart balls, and crazy boss battles are part and parcel of the fun. One thing is certain, you can’t be still. You. Will. Die. A. Lot.

The game would’ve been at home on NES, or Sega Master System, but with the resurgence of modern spins on 8 and 16 bit-style games, you would overlook the lack of details in this “flat” environment. Graphically, you would be fooled by the seemingly simplistic looking retro level designs. However, once the enemy elements appear, you will be put to the test. The AI calculates where you may end up, you need to figure out how to be somewhere else before that happens. It requires accuracy, and you cannot use the d-pad, you have to use the analog stick, hence, the floaty feel. The game ramps up the challenge in each world, so it is fresh, not repetitive. Each room of doom has it’s own challenges. Sometimes it is only smashing balls, and/or bullets and/or lasers. Sometimes, the walls cannot be touched. Only your jumping, dashing, and timing are all that stand between you and that check mark signalling the end of the stage. Remember I eluded to floaty controls earlier? This game is unforgiving, and timing is crucial. In this context, there is a pattern to some stages, others, less predictable. 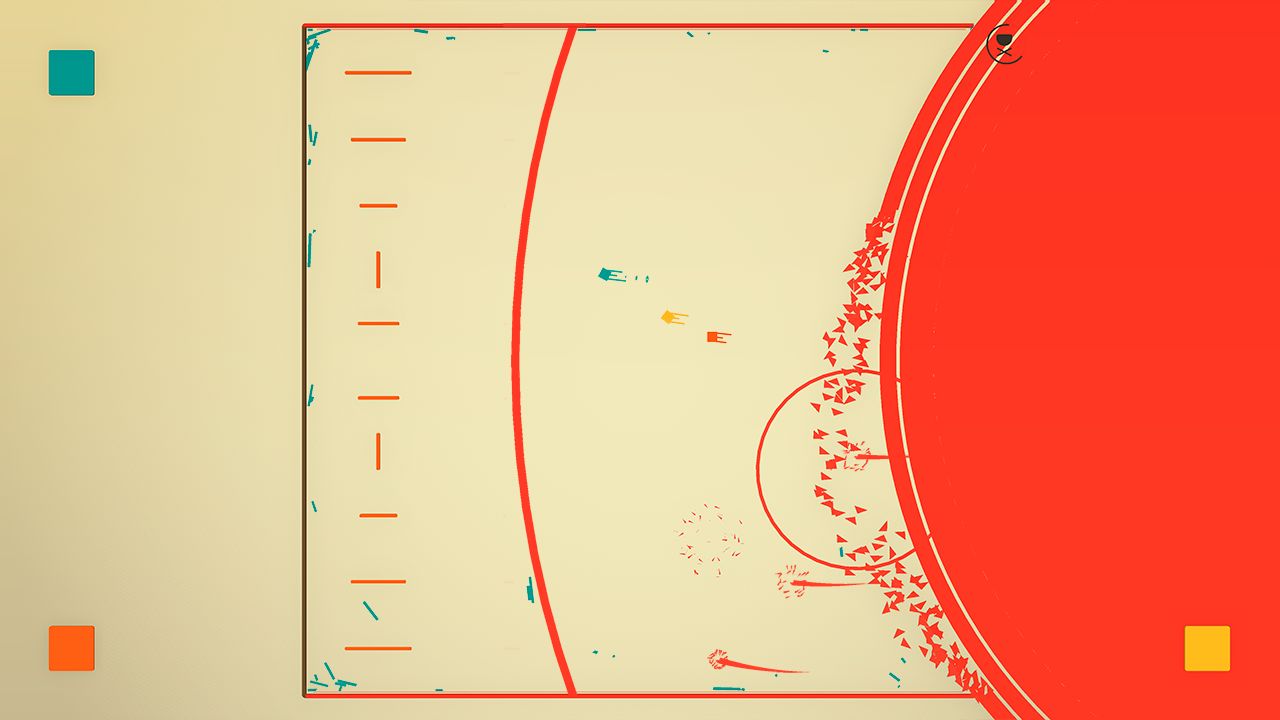 The control scheme is simple, x to jump, square to break immobilising boxes and cast a powerful (but short ranged) attack against some enemy elements. This keeps things simple, but with the slightly imprecise movement…well…you just have to be more careful. The screen can fill up with elements, and you must decide how to dispatch them, if you can dispatch them (because a quick fake out will take care of some enemies themselves) all while dashing, and rolling, and avoiding red instant death walls for some levels. These aspects, I feel the creators did well, though with a patch, tightening controls would make this a top notch experience.

The game has a main campaign where your levels comprise a world, each ending in a boss battle. There is also a survival mode, where you must live through waves of chaotic elements. I found the music had a retro feel, but did not take away from the game and the sound effects gave it a fun, yet intense impact. The game does not penalise you for your mistakes, I felt my confidence rise each time I was destroyed. I was not discouraged, or feeling the need to rage quit, as you can try again, or skip that level completely. I did this, and (almost) completed a world. I did go back to the skipped levels later, having restored confidence, and better knowing what I was doing wrong, after a few tries, that is… 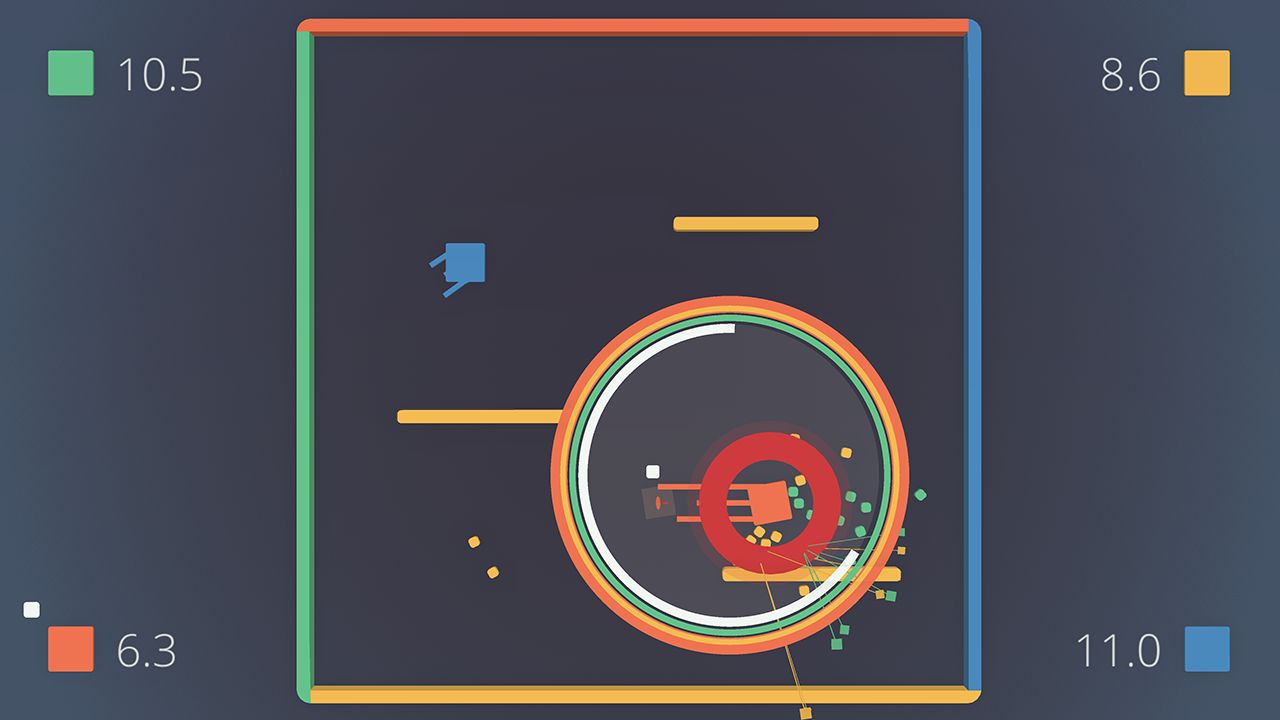 As I stated earlier, the game can be experienced solo, or with local multiplayer. Playing by myself was fun, but, as I only have one other controller, evasion with a friend was fun, as well. This game would also be perfect for a commute, this is on Nintendo Switch, but a PS Vita version would’ve been awesome.  For the rest, I played on PS4. You can also get it on Steam, if you fancy PC gaming. I say give this game a go, if you crave twitch platforming adventures.

The game would’ve been at home on NES, or Sega Master System, but with the resurgence of modern spins on 8 and 16 bit style games, you would overlook the lack of details in this “flat” environment.