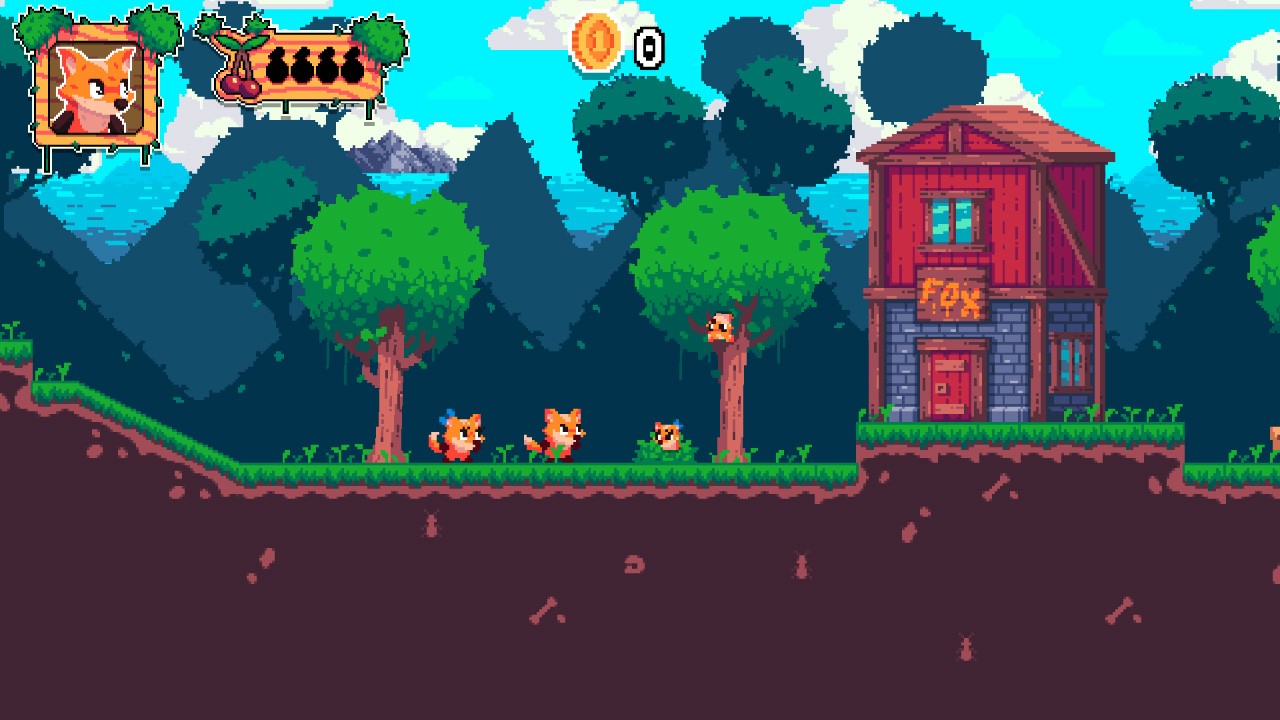 I reviewed Foxyland a little while ago, it was an ok platformer which had a pretty limited design. FoxyLand 2 is now out and playable, so it’ll be interesting to see how life turned out for Foxy and Jenny. Well you’ll be glad to know that they settled down and had a couple of kids, Tim and Cindy. Life was going along nicely until a couple of evil wolf brothers by the names Duke and Jax turn up and kidnap the kids! This time Jenny isn’t the one in need, it’s the kids!

In terms of the differences between FoxyLand & FoxyLand 2, I can’t think of another indie series in recent memories which has so many changes between the first and second titles. The original FoxyLand was just a series of levels, where you had three lives and you just jumped your way to the end, it was very short game with not a lot of depth and very little in terms of story. In FoxyLand 2, it goes up several notches on many fronts. Now there’s almost a Mario-esque kind of map to the level structure. You have to collect a certain amount of coins to unlock later areas. There are even secret levels to discover as you jump around. There’s also a co-op function to add to the mix. So just on these additions, FoxyLand 2 is already a far better game than its predecessor. 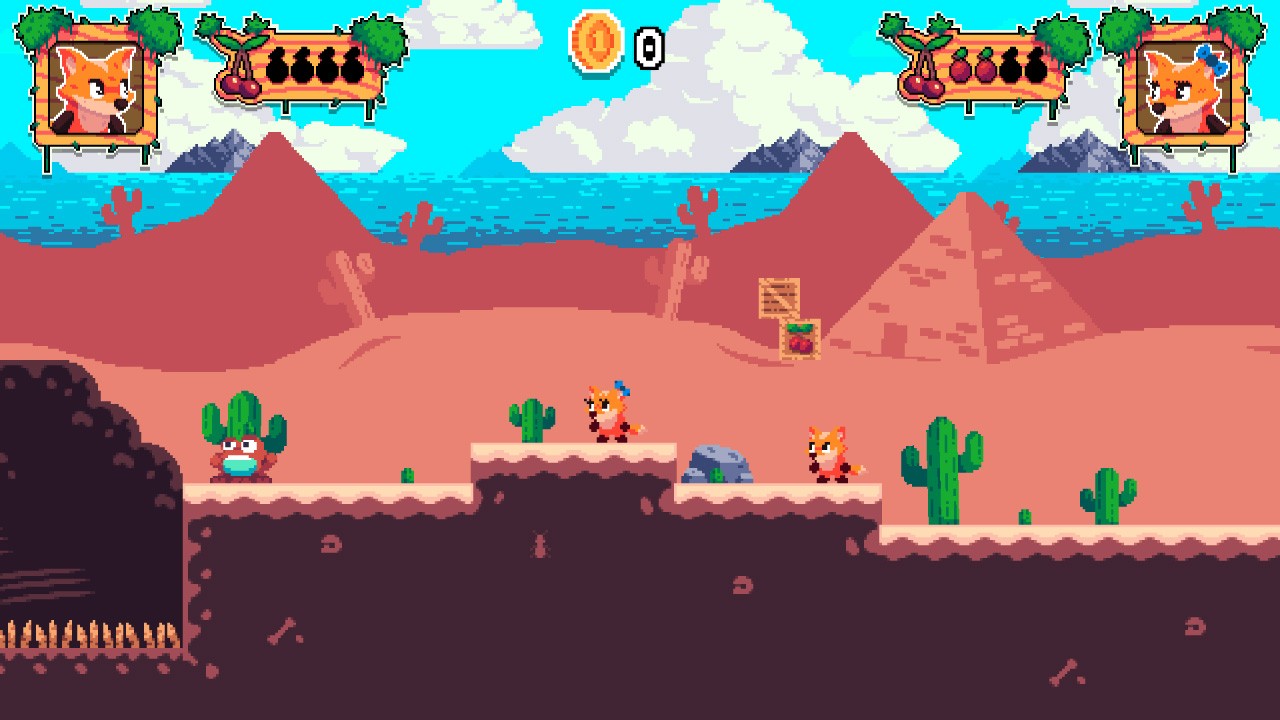 In FoxyLand 2 there are 3 stages of 12 levels split up into forest, desert and mushroom worlds. At the end of each stage there is a boss level which is somewhat different to the rest of the game. Rubies have been replaced by coins, previously you had to collect a certain number of rubies to beat a level, now you don’t need to collect any of the coins to beat a specific level but you need to collect a certain number of coins to unlock a stage. This adds some more replayability to FoxyLand 2 compared to Foxyland. This time round you can shoot berries, but you only can carry four at a time so you need to manage these wisely in the later levels; not so much at the start because you can still just jump on the enemies. In Foxyland you had three hearts, so if you got hit then you could still continue through a level. In FoxyLand 2 you don’t have the luxury of 3 hearts, it’s a one hit you’re dead system which makes FoxyLand 2 a somewhat more challenging edition, especially around boss fights. Luckily there are checkpoints, but the 3 lives mechanic was better.

Due to the glitchiness of some of the collision detection, you will find yourself more often than not get killed simply because you didn’t jump onto the exact spot. Add this to the bird enemies appearing to be able to hit you even though they don’t seem to touch you and falling down into areas you can’t see and FoxyLand 2 can become frustrating, quite quickly. This is especially apparent in the boss levels, they are generally quite fun but to die because of collision detection issues is annoying when you only have one life. Wall jumping just doesn’t feel natural as there’s too much trial and error in it. 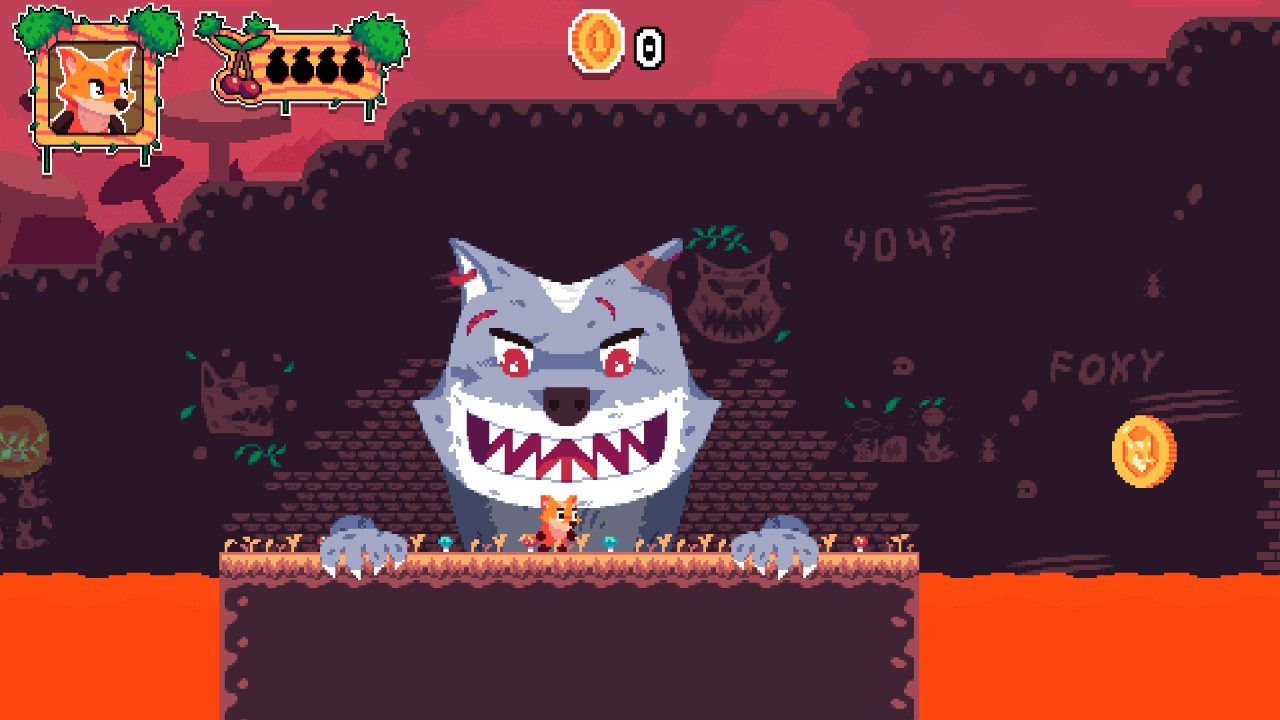 Graphically, FoxyLand 2 is very cute. There are a whole series of characters you come across which are all a little weird and wonderful. The level design becomes more challenging as you progress, add that to the temperamental collision detection and wall jumping and you’ll find FoxyLand 2 beginning to sap away your patience. Musically the chip tunes are where it’s at, it suits what’s happening on-screen. The story is charming enough and an improvement on FoxyLand, but it’s still pretty forgettable stuff.

FoxyLand 2 is substantially better than Foxyland. There is a lot more depth to it; whether that is an improved story, co-op mode or the way it looks. However, there are some annoying collision detection issues and dodgy wall jumping mechanics that take away from the experience. If you enjoy platformers then FoxyLand 2 definitely has a few things going for it, just be prepared for some frustrating gameplay.

If you enjoy platformers then FoxyLand 2 definitely has a few things going for it, just be prepared for some frustrating gameplay.