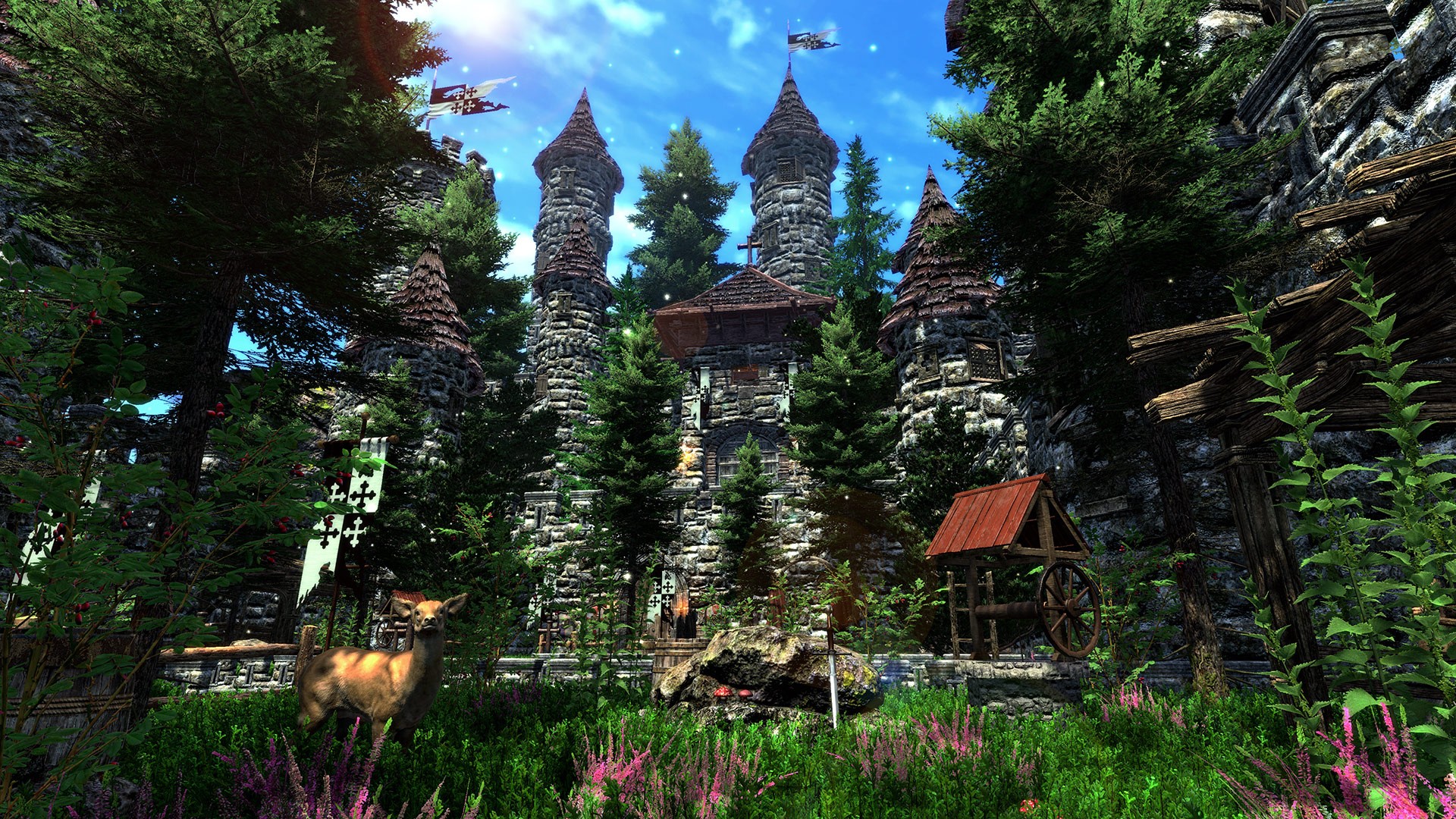 Before diving into this review for Shadow Legend, I vowed I wasn’t going to mention Skyrim once. Never. Not at all. What?  I have already?  Doh! Ok, trying your hardest not to think of Skyrim VR while playing this gem of a game is more or less an impossible task. But in a good way. You see, I was one of the thousands of players who tested the waters of Bethesda’s VR adaptation of Skyrim and, after a few hours, walked away, shrugging my shoulders and thinking ‘meeh.’ But Shadow Legend is another story entirely. This is what an open world RPG(ish) adventure title should be like. And the fact that it’s produced by London-based VitruviusVR , a relatively small studio – small when compared to Bethesda that is – is even more astounding. First of all let’s get the similarities with you-know-who out of the way. It’s a medieval world, full of demons. And you get to fight them with a number of weapons ranging from a bow and arrow to a staff that shoots balls of fire. You have an inventory system and are encouraged to explore as much as you can while picking up collectable items that you can use to upgrade or sell later on to a nearby merchant. Ok, that’s that. Now the big difference between Shadow Legend and you-know-who is huge. Shadow Legend is what you’d get if you pulled together some incredibly talented coders and designers, stuck them in a room together and told them to go play. The result is a game that is so packed full of content and innovation that you’ll easily lose yourself in it for hours at a time without coming up for air.

The story behind Shadow Legend is pretty standard fare for an RPG-type offering; you’re cast in the role of a Grand Master of The Knights Templar. An angelic looking woman tells you that an evil force is on its way to do all sorts of unpleasant things and you’re the only one that can stop it. Oh, and, as always, there’s a catch. You have to be dead so you can enter the underworld and begin your epic quest. Before you have time to argue her out of it, she stabs you in the heart and kills you. And the game begins. Ok, it’s not War And Peace. But when a game plays this well, the plot doesn’t have to be. Instead it’s a supporting narrative for what will be one of the most surprisingly great VR titles of the last 12 months. The moment you wake up in a medieval castle and venture into its courtyard you realise that this is a game that has been created by gamers for gamers. Period. During the first two hours of game play, I wandered around just doing…stuff. Not things that I thought would help me move forward in the game. Not things that I had to do. But just stuff that I thought would be fun and just couldn’t resist doing. I mean, how many VR games let you play fetch with a stray dog, feed horses, sharpen your sword using a grinder and explore pretty much anything you can see? During those first couple of hours, I must have spent half an hour perfecting my archery skills by shooting at a distant target. Even when I’d nailed it, it was so much fun to do that I kept right on shooting. 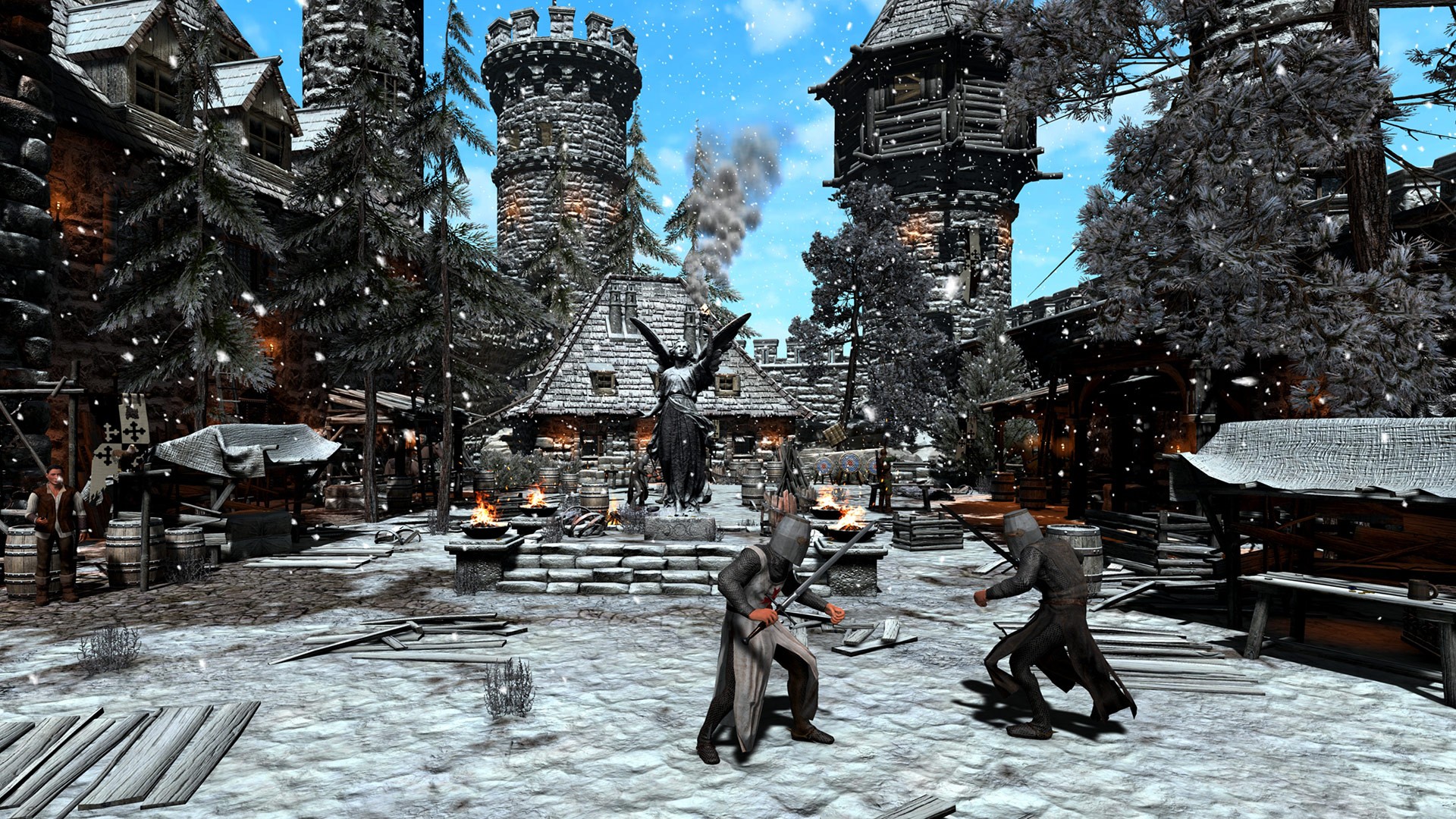 Shadow Legend lets you upgrade your weapons by collecting cunningly hidden runes which are scattered throughout the game world. The challenge with picking up the runes isn’t always about finding them. Sometimes you’ll find them and then spend a long while figuring out how to get to them. In many cases you’ll have to climb up a hidden ladder, traverse across ledges with a rope or – if you’re lucky – you can shoot it down with your bow and arrow. As mentioned earlier there are also lots of items – coins,  precious metals and diamonds and golden chalices – to collect and store in your treasure box. And quite often you’ll find boxes full of goodies just lying around in the most unusual places. The moment I found one while walking under water in a lake I think I laughed out loud (not recommended when sitting in a room with someone else trying to read a book).

Combat in Shadow Legend is a much more user friendly experience than I’d expected. Enemies approach you head on so you can usually stand your ground and pick them off one by one. Once they get up close and personal, you can use your torch to block their attacks and swing at them with your sword. Despite the fact that combat is slightly watered down, it is none the less hugely satisfying. As the demons of the undead attack, you can hack off their arms and legs and finally their ugly and deformed heads all in glorious slow-mo. Brilliant. If you sustain too much damage, the angel-lady will pipe up with a ‘don’t forget to heal yourself Grand Master.’ But to be honest, if you’ve heard that warning, it’s probably too late. Luckily, after you re-start the game, you get to keep the items you’ve collected, reducing the amount of grind needed to move ahead.

It’s worth mentioning that Shadow Legend is comfortable game to play, even for gamers who have still to find their VR legs. You have the option to select teleportation as a mode of movement which, although sometimes imprecise, removes the danger of motion sickness entirely. 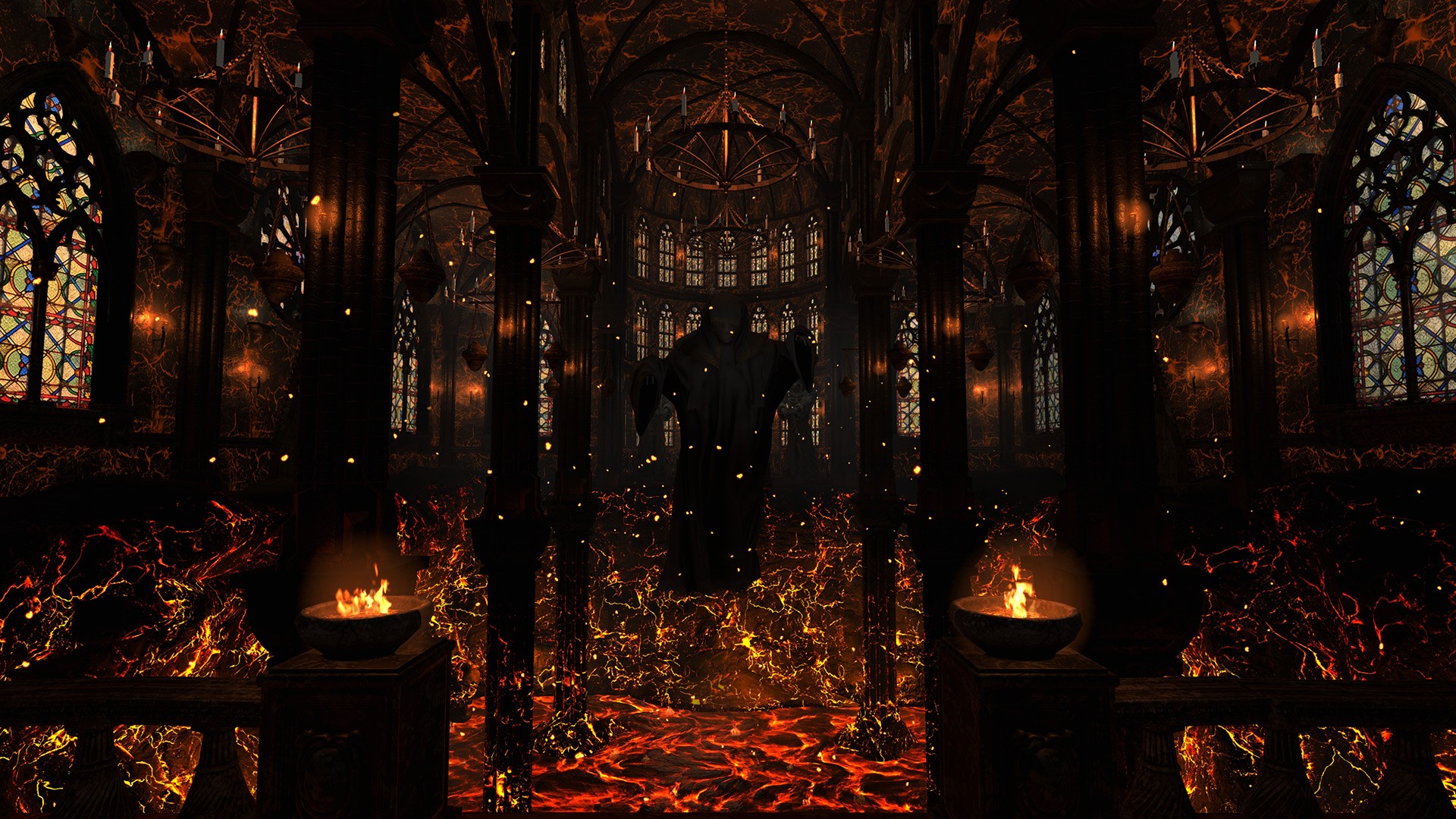 The controls and aiming system are the one area that could have been improved on however. Taking out distant targets with your bow and arrow can be a tricky affair as the PSVR motion sensor can, now and then, be a little jumpy and, after a few attempts, you’ll be tempted to get as close as you can to dispatch your foe with your trusted steel.

Graphically, Shadow Legend will take your breath away. Seriously. The first couple of minutes I began playing it I found myself gasping for air. Why? Because I’d forgotten to breath. I can pretty much guarantee that when you enter the courtyard as an undead Grand Master, you’ll be wandering around looking at everything and shaking your head in disbelief. Everything looks so damned real you have to keep muttering to yourself ‘it’s only a game.’  Take a look at the screen shots and you’ll see what I mean.

By no means perfect, Shadow Legend is a stunning example of what can be achieved with creativity and a passion for creating great games. It’s premise is simple, the story familiar but it’s execution is sublime. With so much to do, so many areas to explore and items to collect you’ll be playing this game for a good 10 to 15 hours before there’s no more chicken left on the bone. In 2020 VitruviusVR may be a relatively small studio, but, with gems like Shadow Legend under their belt, it’s a fair bet that they won’t be small for very long. Go buy.

Shadow Legend is what you’d get if you pulled together some incredibly talented coders and designers, stuck them in a room together and told them to go play.