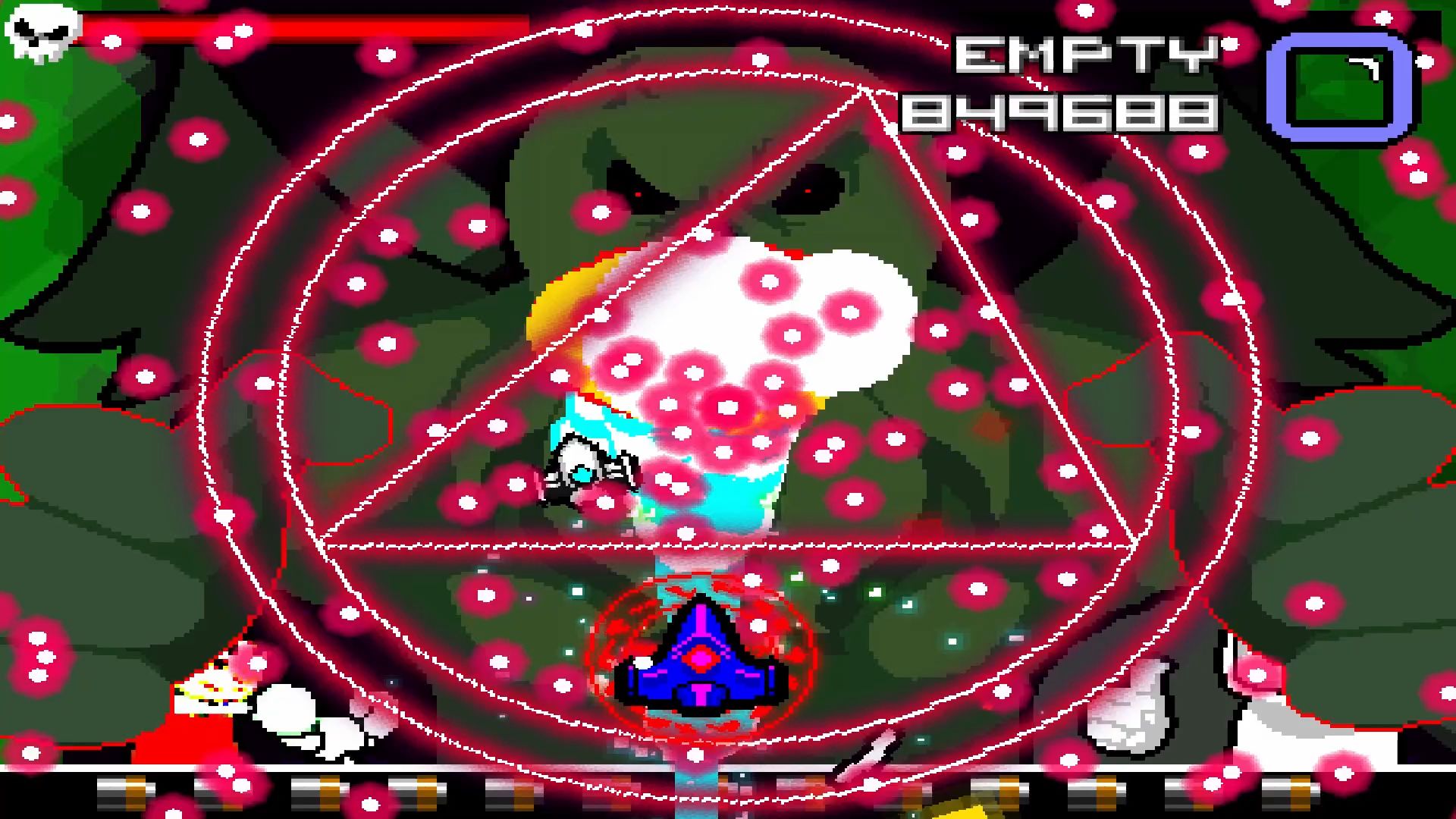 Cthulhu is something that appears in games every now and again. Whenever Cthulhu is mentioned in a book or a game, it’s never in a positive sense. Lovecraft first introduced them in The Call of the Cthulhu, it’s basically a cosmic creature which generally has a lot of tentacles, a bit like an octopus. So when the Cthulhu are mentioned in Project Starship, you know they are probably not on the side of the humans. You assume the role of Garret or Gwen in Project Starship; spaceship pilots of the finest calibre. You are charged with saving the world from the ancient Cthulhu. Some might describe Project Starship as an arcade shoot ‘em up bullet hell, you may ask what that means? Well, it’s your standard shoot’em up but the screen is constantly full of activity i.e. the bullet hell part of it. When you first get into Project Starship there is a lot happening, you’re likely to die a lot at the beginning as you get your bearings. Project Starship also contains a mechanic that is appearing more within indie games recently: levels are randomly generated!

There are two difficulties, easy and hard in Project Starship, both to be fair are challenging from the start; if you go straight into hard you will die very quickly due to the mass of explosions and bullets appearing on-screen. When you begin, you start off with 5 shields, when they go you perish; you’ll perish many a time until you get used to the craziness of Project Starship. You can pick up additional shields and power ups. Some of these power ups can make you faster, shoot quicker or generate a companion to accompany you on this bold and brash adventure. There are one time power ups that are useful in clearing the hordes making there way down. There is also the odd power up that doesn’t make much sense, one gives the impression your television is broken; I guess some power ups shouldn’t be picked up! 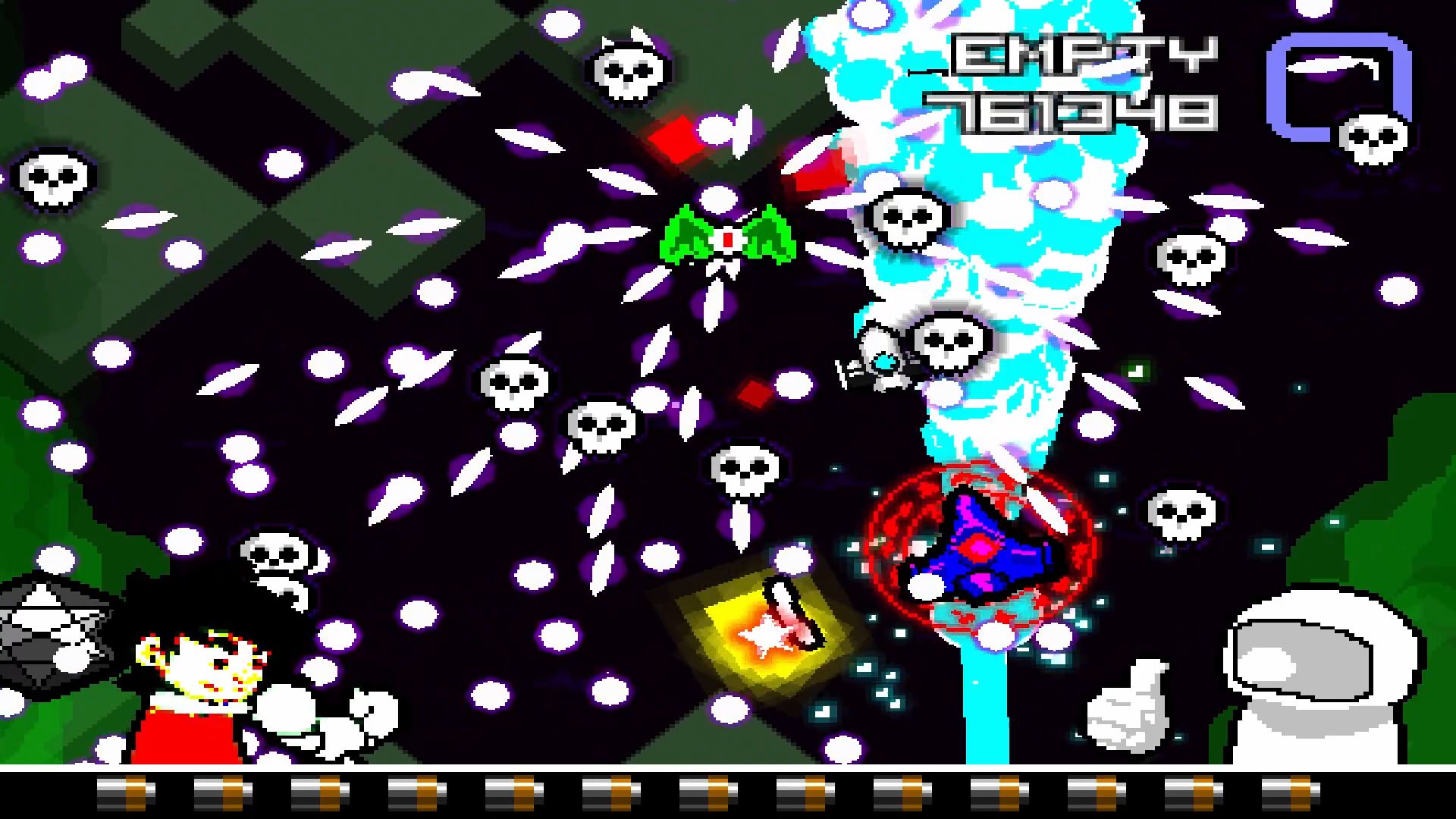 The randomly generated levels of Project Starship will be something you’ll enjoy or not. Every level will be different, so you can not plan ahead. It doesn’t matter whether you pick Garret or Gwen, what happens over the next few levels will not be repeated again. The enemies will be different and the big bosses will also be different each time you play. Some bosses are easier to beat, usually the ones that shoot out projectiles slowly; if you’re lucky you’ll get a few of those in a row. Even the backgrounds of the levels will change each time throwing up different challenges you wouldn’t have experienced before. This randomness gives Project Starship quite a fair bit of extra longevity as a straight run from start to end is short. The high score element of Project Starship also adds some additional competition. 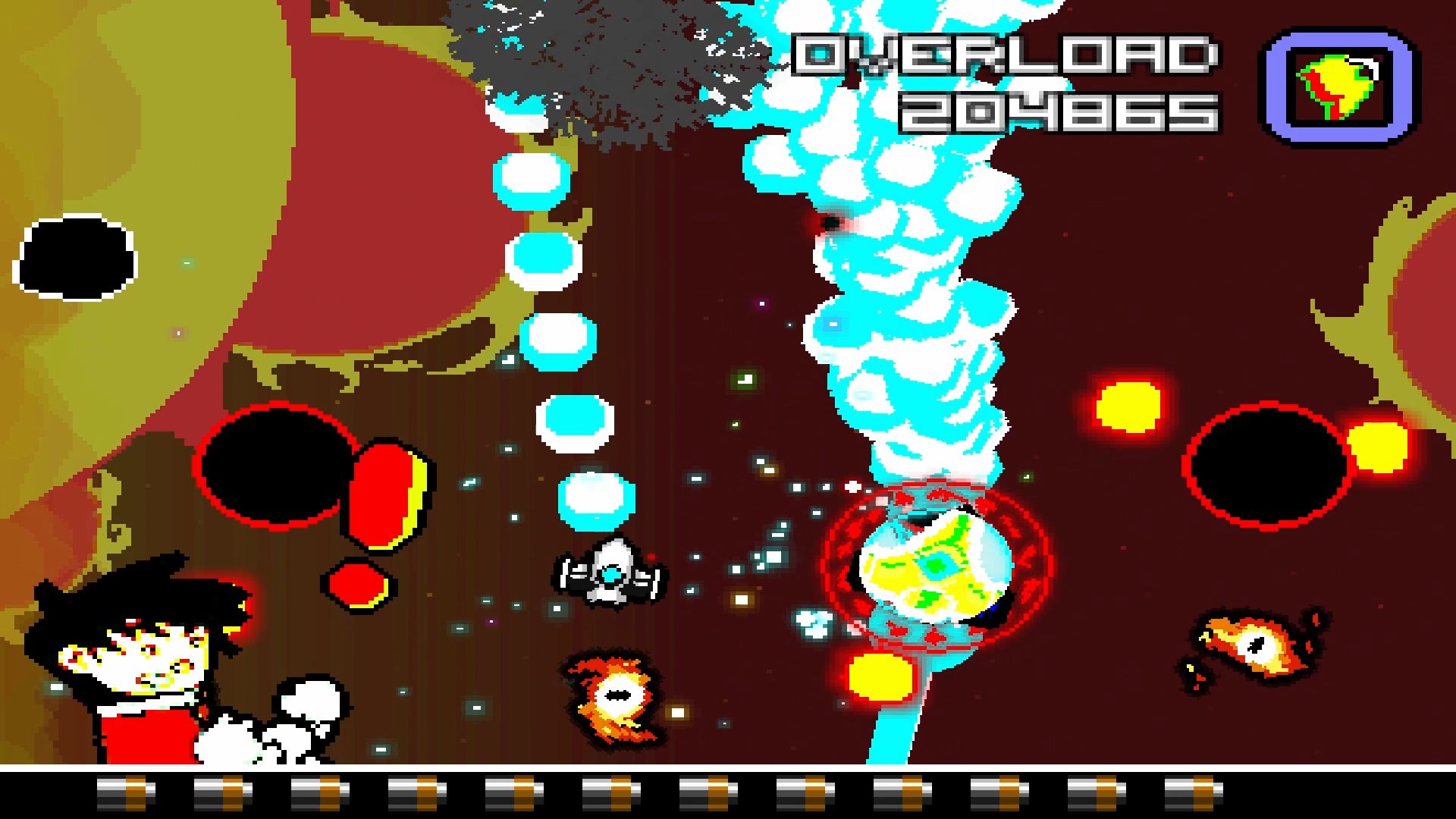 Who will you be Garret or Gwen? Lets go blow some stuff up on Project Starship!