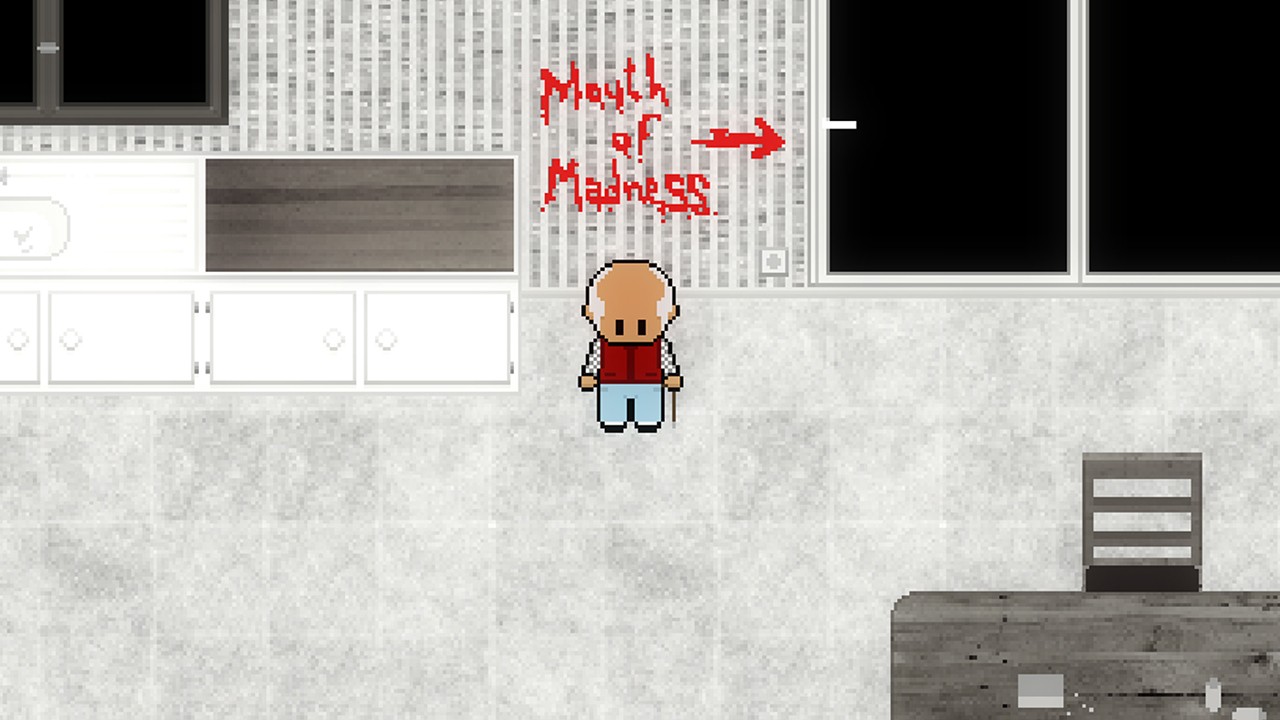 Breeder Homegrown: Director’s Cut is one of the most awful games I’ve ever played, I might as well make that clear straight away. It’s certainly the worst game I’ve played on a PlayStation console (this version I played was on the PS4, although Vita and Switch versions are also available). The synopsis of a short horror game about a dysfunctional family and a cosmic monster might sound intriguing, but allow me to explain why you shouldn’t bother.

The game begins with an old man returning to this childhood home, having escaped from a retirement home/asylum. This derelict building was clearly the scene of a terrible past event, and at this point I was still slightly optimistic and enjoying the morbid sense of dread – even as I tried to look past the terrible visuals. However, immediately, one of the major problems with Breeder Homegrown becomes apparent. The old man (David) walks around extremely slowly and while he moves a bit faster in his childhood flashbacks, which is where the bulk of the game takes place, it’s still very frustrating to actually play. 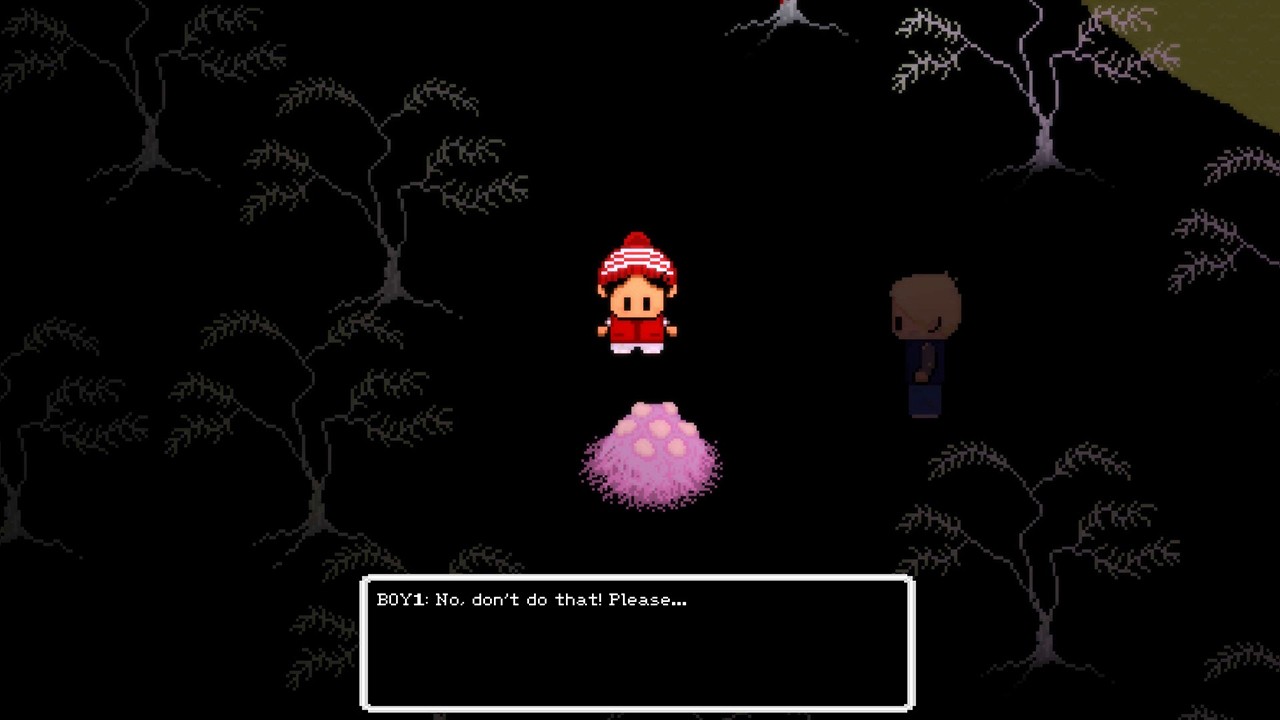 The other glaring issue from the outset are the graphics, which could be generously described as ‘retro’ but more accurately as ‘bad’. It’s presumably a deliberate design choice to try and look like a primitive NES title, but plenty of retro indie games have great graphics (and even actual old games looked far better than this). I’d almost be able to overlook the basic visuals and distorted sense of scale as a sign of the mental state of the main character. However what I can’t overlook are the basic flaws that get in the way of actually playing it; the viewpoint is zoomed in far too close so you can barely see anything, you’ll sometimes end up behind a wall unable to see yourself and I often wasn’t even able to locate the doors to move in-between rooms.

Not that there is actually much to explore anyway as the entire game essentially takes place in a handful of rooms in a single-storey house (admittedly across two different time periods) plus a dark realm accessed through a hole in the ground. There are very few items you can actually interact with, and the bulk of the game is spent between the rooms around clicking on things in the hope it will trigger the next part of the story. This simplicity extends to the controls as the whole game is played with just one button – I only realised after completing it that there was another button to access your inventory, but you never actually need to do so as items get used automatically. Not that there are any actual puzzles anyway, aside from a few dialogue option choices where you have to make the correct selection through pure trial and error. Given how awkward and poorly written the dialogue is anyway you’ll find yourself skipping through it as quickly as possible, while wondering how it’s possible to script anything that bad. 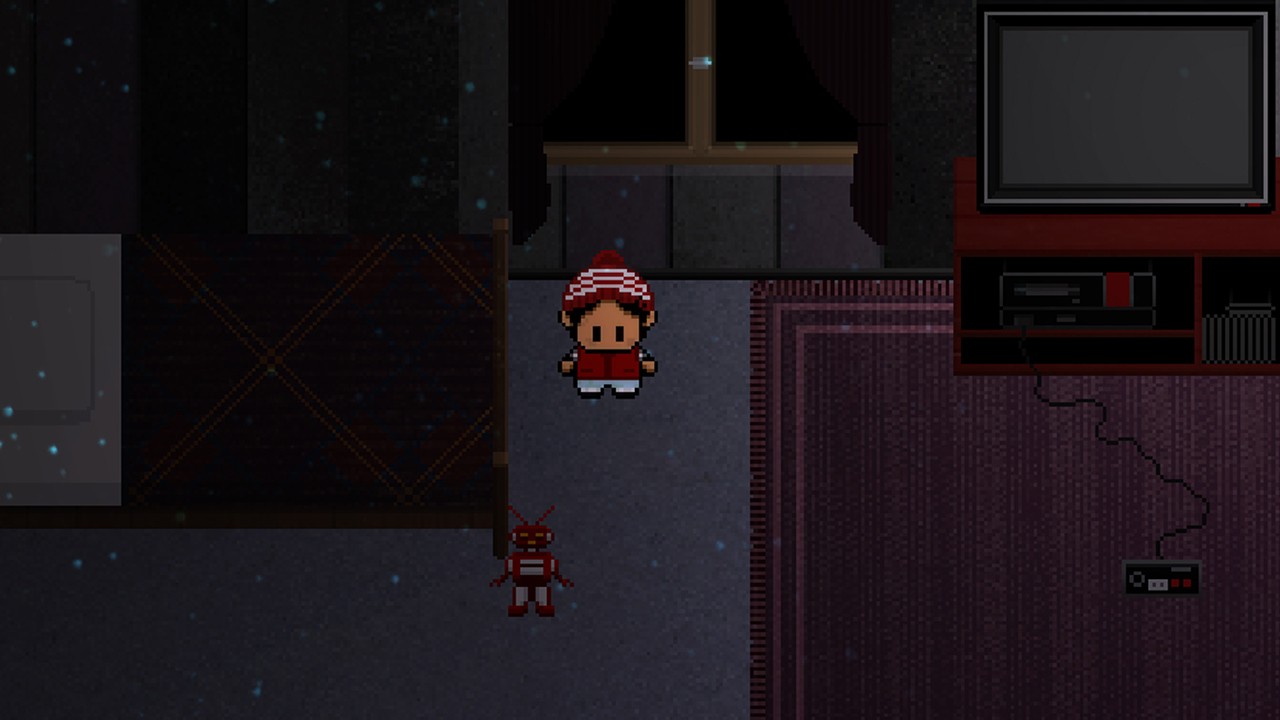 I was a bit surprised to find that Breeder Homegrown is actually the second part of a three-part story with the first part ‘Breeder’ available online at itch.io for free if you really want to try it out (it’s extremely short), although Homegrown is standalone and you don’t need have played the first game to understand the uninspired plot. Homegrown is itself also available to play online for free, so there’s really no excuse to fork out £4 for a game that only lasts a little over an hour. Admittedly this version is the director’s cut edition, although that only makes me wonder how poor it was originally.

I’m struggling to say anything positive about Breeder Homegrown, but I suppose in its defence the music isn’t too bad and (very briefly) at the start it felt atmospheric. If you’re into trophies you’ll get most of them in a couple of hours i.e. one main playthrough and then going through it again to unlock the rest, if you’re really a glutton for punishment. But overall, I’m genuinely astounded that this has been released on a modern console – even if it had come out 20 years ago, it would be noticeable for its mediocrity.

A retro horror game almost completely absent of any redeeming features, and in fact it’s biggest plus point is that it’s over so quickly.