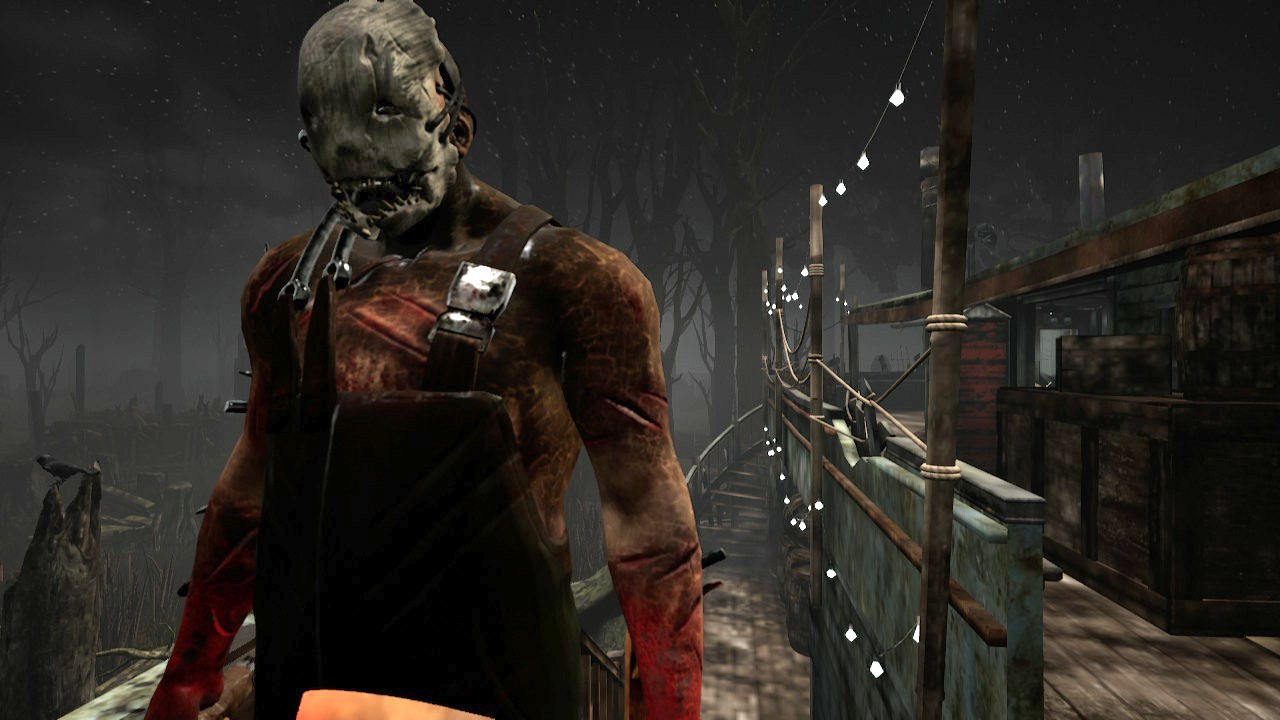 When it comes to the genre of horror within video games, they generally have a tough time matching the same level of suspense as, say, a horror movie. Not all though, as titles such as Alien: Isolation and Doom 3 contain a high level of tension that makes us anxious as we play through them. Sure, the Resident Evil series has spawned some great horror games, but were they scary? I think not. For the most part, most horror games rely on jump scares to promote a sense of fear, but in reality, these are easily accustomed too and can often be spotted a mile off. Real fear though, comes from the chase, or being stuck within the presence of an horrific form and it’s this premise that Dead By Daylight captures of the whole essence of ‘horror’ as it scares a release onto the Nintendo Switch.

Developed by Behaviour Interactive and published through Koch Media, this horror/survival title plays on two levels, much in a similar vein to the classic game of hide-and-seek. Firstly, there’s the Survivors who must hide to escape and secondly, there’s the killer who must find and capture all the survivors. It’s a classic formula and is one that works really well in ramping up the tension and promoting a real sense of dread and fear as one of the survivors. Playing as the killer though, gives you a real sense of power as you hunt out your fellow gamers and put an end to their digital lives forever.

Whatever role you play, you are set with a series of objectives in order to win the game. Obviously the killer needs to wipe out the other players, but as a survivor, you need to avoid the killer, repair a set of generators and ultimately, open the doorway to freedom and victory. Each round consists of five players: four survivors and one killer. The playing area is set within an arena of sorts, by that I mean that you are all enclosed within a compound and you must activate the generators in order to power up the doorway that allows your escape. Each survivor gets to choose from a variety of eleven characters, each of them possessing various perks and traits to offer the team a form of help. Some can improve your chances of luck, whilst others are more adept at healing or repairing the generators. These can be further bolstered by bolt-ons that can grants items or extra abilities. In order for the survivors to be successful, you must work together as a team; utilising each of your traits to the best of their abilities. 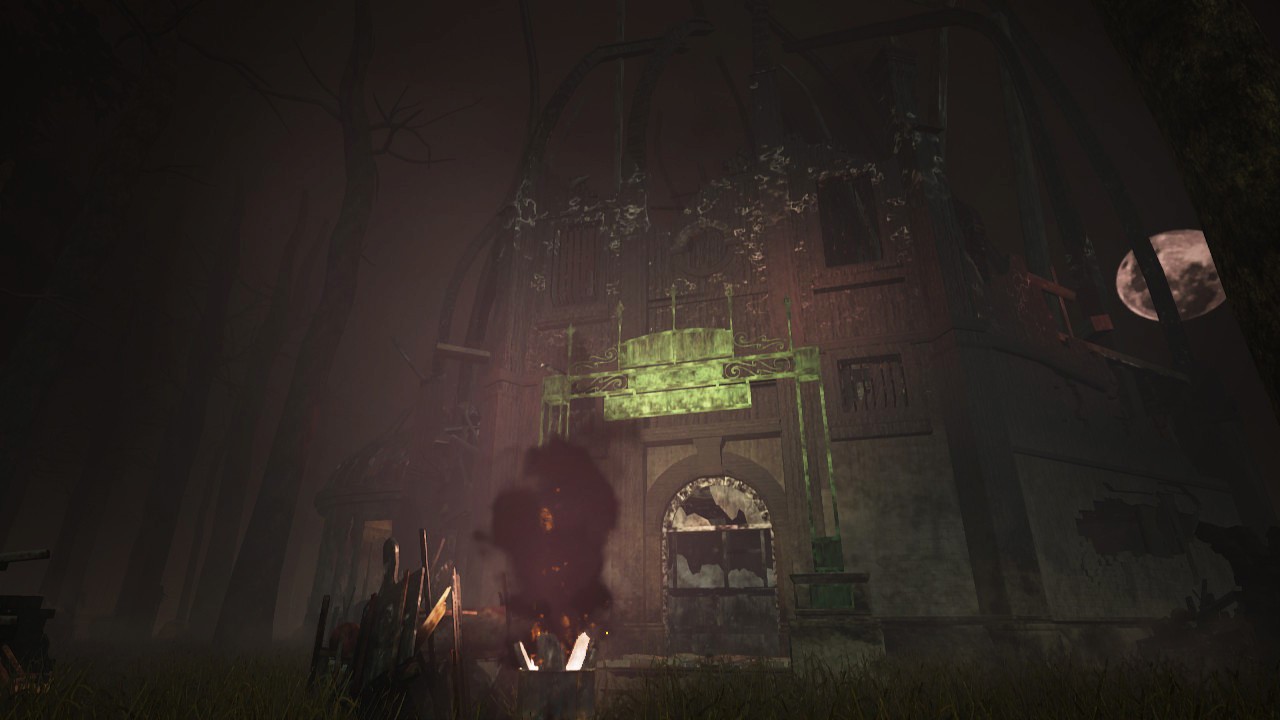 However, each of the survivors must also outwit and avoid the lone killer who patrols the compounds and stalks their prey; namely you. The killer can choose from nine personas; again, each one containing their own special set of abilities. For instance, some can set bear traps, whilst others can teleport; although each of them also share a common trait that offers an advantage amongst the dense fog and trees of each compound. These consist of a faster movement than the survivors and the ability to see areas of noise highlighted within the level. For instance, the generators that have been repaired or are being repaired highlight themselves, notifying the killer that a survivor is within the vicinity.

Whereas the survivors must repair generators to escape the level, the killer must simply dispose of them. This is achieved by catching a survivor, either through maiming them or catching them within a trap, and then placing them on a series of hooks that lie within each of the semi-randomised layouts of the compounds. Once hooked, the survivors are either consumed by the darkness and lost forever, or they can be rescued by another survivor; although now, they are severely hampered by injury. Should you posses a med-kit, then you can heal yourself as a survivor, or be healed by a fellow player. Remain injured though, and you move at a slower pace and make more noise, thus alerting the killer to your position in an easier fashion.

Although the killer possesses a series of traits that can be advantageous, the survivors can even up the playing field somewhat, with the ability to see fellow players who have been captured and need to be rescued, as well as find a trap door that can be activated if found; thus creating a quicker means of escape than repairing the generators. However, this can only be done if only one survivor remains, or if someone finds the key that is hidden within each level. Survivors can also spring traps that can slow the pursuit of the killer, or even stun them temporarily with the beam of a flashlight. However, the killer can physically attack his targets, whereby the survivors can’t. It all presents a very cat-and-mouse style chase that perfectly encapsulates the feeling of tension, dread and horror. 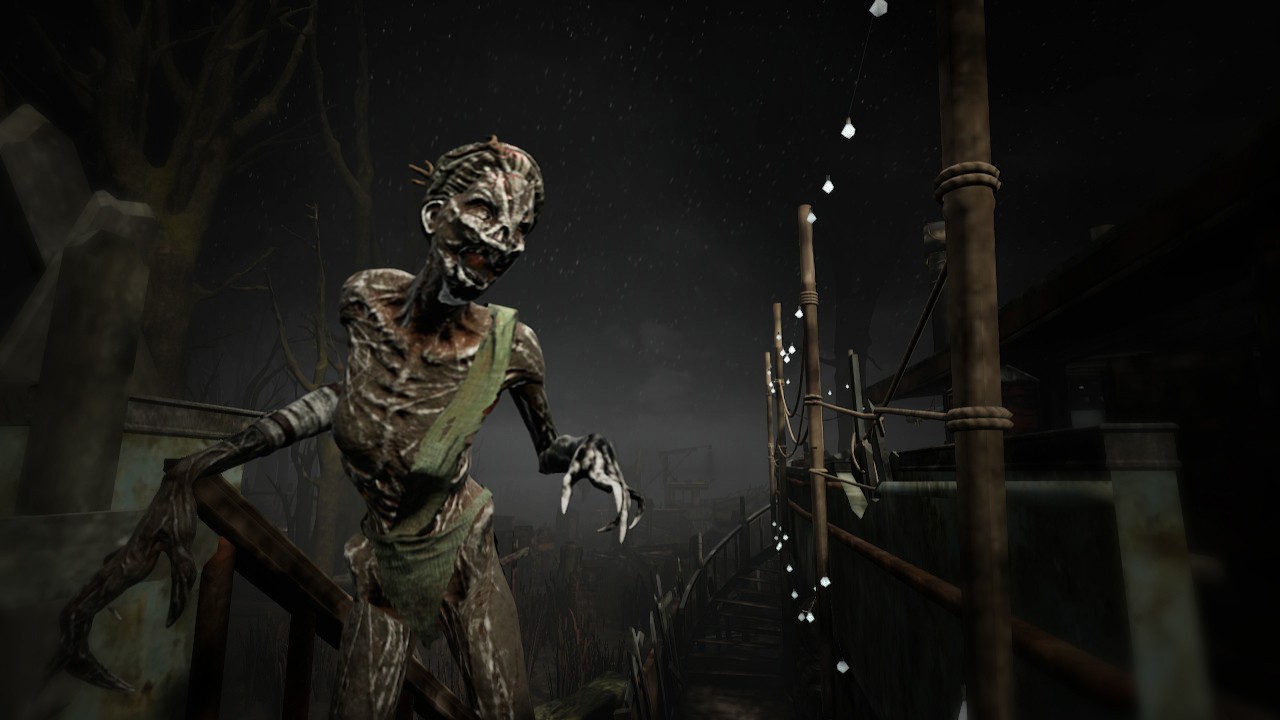 Despite containing a level of gameplay that is truly horrific, as well as great fun, this isn’t a game that doesn’t contain a number of its own horrors. First and foremost, this is an online-only game and cannot be played in a solo capacity. This is a massive oversight within the development of this game, especially on the Switch which is touted as being a home console and a portable machine. If you play your Switch in a portable fashion and can’t connect to a wi-fi hotspot, then you simply can’t play the game and for a game to be developed like this on a machine that is promoted for its portability is, in my personal opinion, unacceptable. It’s online-only premise also comes with its own set of limitations, one that relies on a community to keep playing it. Whether it remains a sustainable title over the long-term, only time will tell.

The overall presentation of the game has also taken a hit in graphical fidelity, but in all honesty, it was never the prettiest game to begin with. It’s dark palette and fog-shrouded environments do promote a eerie setting, but on the Switch, especially in docked mode, it does look a little bit ugly. It’s biggest crime though, lies in its overall packaging of a base game that holds less content than its other iterations of various platforms. Although the roster is adequate for the game, all of the previous DLC has to be purchased separately; something that we don’t really expect on the Switch anymore, especially when it’s a port of a four-year old game. These days, we often get all of the DLC bundled with the base game, making it superb value for money, but not here. If you want the extra characters, such as Michael Myers from Halloween, you have to pay a premium for it. Worse still though, is that the DLC doesn’t contain all of the characters that are available elsewhere. There’s no Freddy Krueger or Leatherface for the Switch and, that in itself, is simply a crime.

Overall, Dead By Daylight is a great game in its own right, one that perfectly recreates and captures the tension and horror of a scary movie. Trying to escape the clutches of a serial killer, or hunting down your prey, perfectly mimics the premise of a good, old fashioned game of hide-and-seek. However, on the Switch, this version of the game represents one of the worst ports in terms of value. Downgraded visuals, an online-only way to play, no bundled DLC and a host of missing characters doesn’t really bode well for a title that really needs all the support it can get and in terms of this, my greatest fear here is that this is a game that becomes largely redundant over the course of its life and loses any long-term appeal pretty quickly. And that, in itself, is simply horrific.

Dead By Daylight perfectly encapsulates the fear and tension of horror, but too many shortcomings makes me fear for its life.