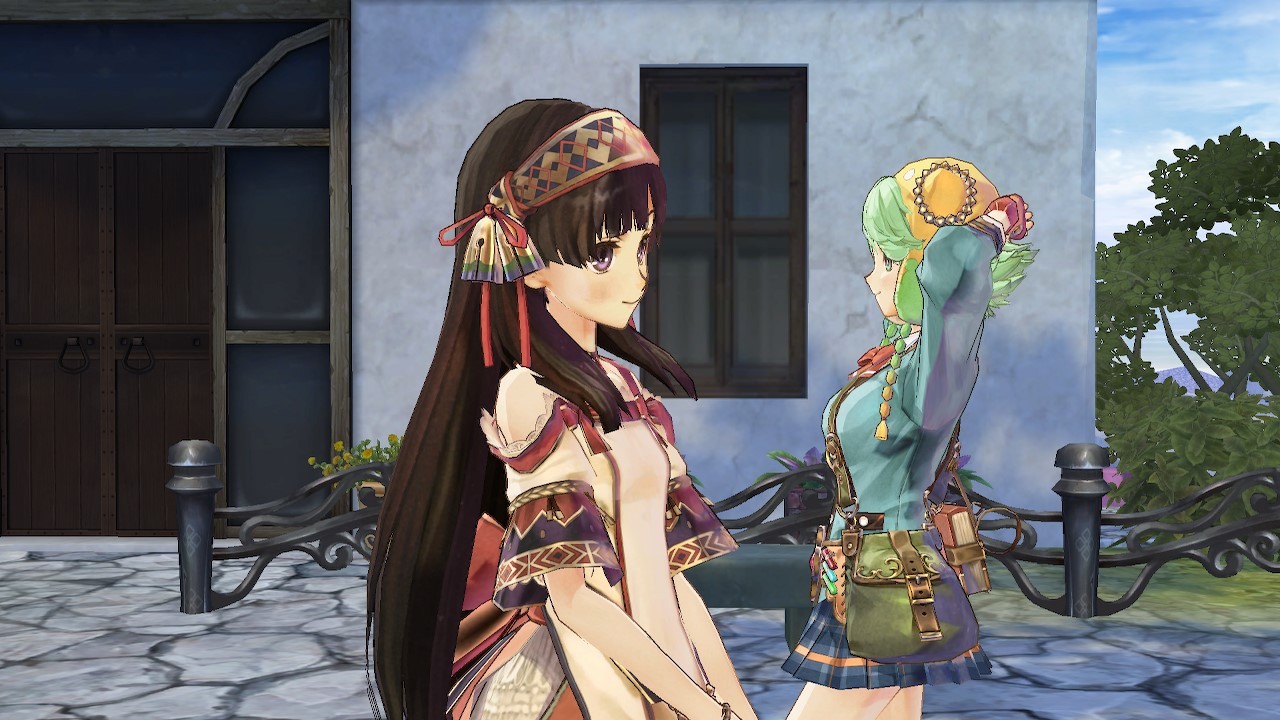 The Atelier series of games is one of those odd ones that has been running for much longer than you probably think. Always a bit too obtuse to become genuinely mainstream in the west, Koei Tecmo has still managed to deliver more than 30 releases dating back to 1997 on the original PlayStation and Sega Saturn (with 21 of those being mainline releases) – no mean feat for what is a rather lengthy, and quality-wise, rather consistent collection of JRPGs. The problem with this is that, while the games are rarely anything less than good, they have very rarely (if ever) been great. It’s a series that, despite its 20+ year history, is still waiting for its breakout moment, and while this Deluxe Pack of games from the PS3 era is more for existing fans than newcomers, it’s at least a reminder that, when the Atelier series is good, it is at least very good.

You could ask any five Atelier fans for their top 3 games in the series, and it’s likely that they’d all have wildly different lists, but one thing I suspect, is that they would all have at least one game from the Dusk trilogy of games. Which of these three games that would be is anyone’s guess, but these are three of the more beloved games in the Atelier series and arguably represent its strongest trilogy of games to date. Again, this is all up for debate of course, but an argument could certainly be made for the Dusk games being three of the strongest games in the series’ history (certainly the latter two anyway).

All originally released on the PS3 between 2012 and 2014, one could argue that they feel slightly old fashioned in comparison to the latest Atelier games, but in all honestly, the series has always felt slightly antiquated – it has certainly never been on the cutting edge – so for fans of the series, going back to this PS3 era trilogy shouldn’t prove particularly galling. Even for new players – other than the occasionally fixed or limited camera, for the most part, all three games play perfectly well by today’s standards. 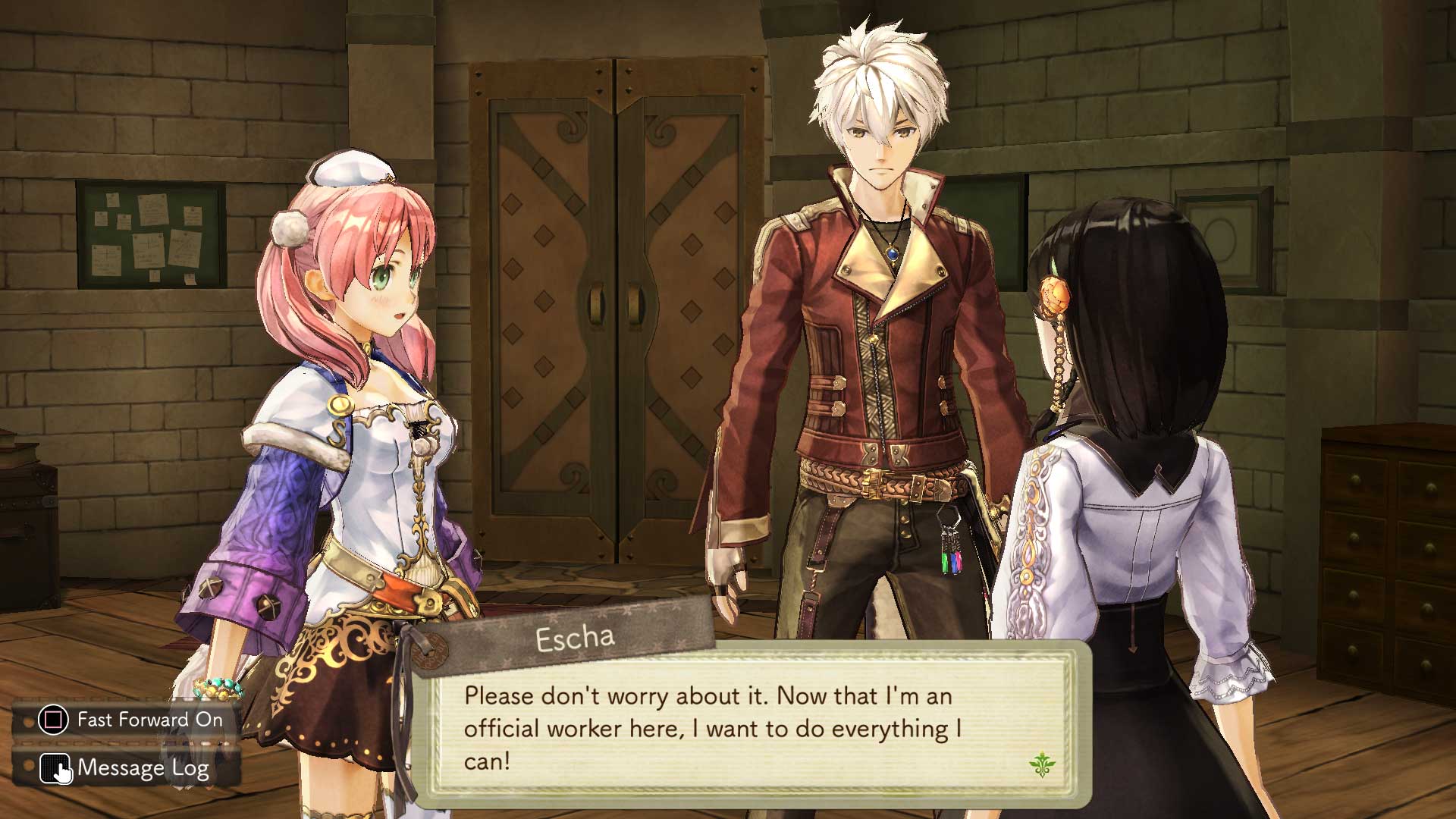 While that is at least partly down to the quality of the original games and the somewhat glacial pace of JRPG evolution, it is helped in part by the trilogy’s small but effective selection of quality of life improvements. Beyond the slightly enhanced visuals, the ability to sprint during open world exploration and to speed up the turn-based battle system, does help to keep each game ticking along at a decent pace. These are somewhat slow games by design, but the previous sense of frustration at having to wander around the world at a snail’s pace while getting in to an array of enjoyable, if again, somewhat sluggishly paced battles is eased by these finely judged additions.

Beyond these minor changes though, these really are the games that fans will remember fondly from the PS3 era, and luckily, the need for rose-tinted glasses is reassuringly limited. Some of the environments are very basic (something that is still true of the series today), but as always, the character models look great, and while the combat is as decidedly average as ever (competent without ever being genuinely brilliant), that core gameplay loop of synthesising and crafting new items from ingredients you pick up in the field and from battle remains as addictive and oddly comforting as ever. Some would argue that the games’ ticking clock mechanic does add a sense of unnecessary stress to proceedings (something that I usually hate), but honestly, the time limits placed upon you are all pretty forgiving, and if anything, serve primarily to keep you focused on the many missions and crafting assignments you might have on the go at any one time.

As for the games themselves, well, they’re all pretty similar if truth be told. The Dusk narrative that runs through the three games is certainly bleaker than your average Atelier storyline, but it’s still full of largely upbeat characters that often reappear across the three games with storylines and interactions weaving across the three titles before ultimately concluding successfully at the end of, Atelier Shallie: Alchemists of the Dusk Sea. 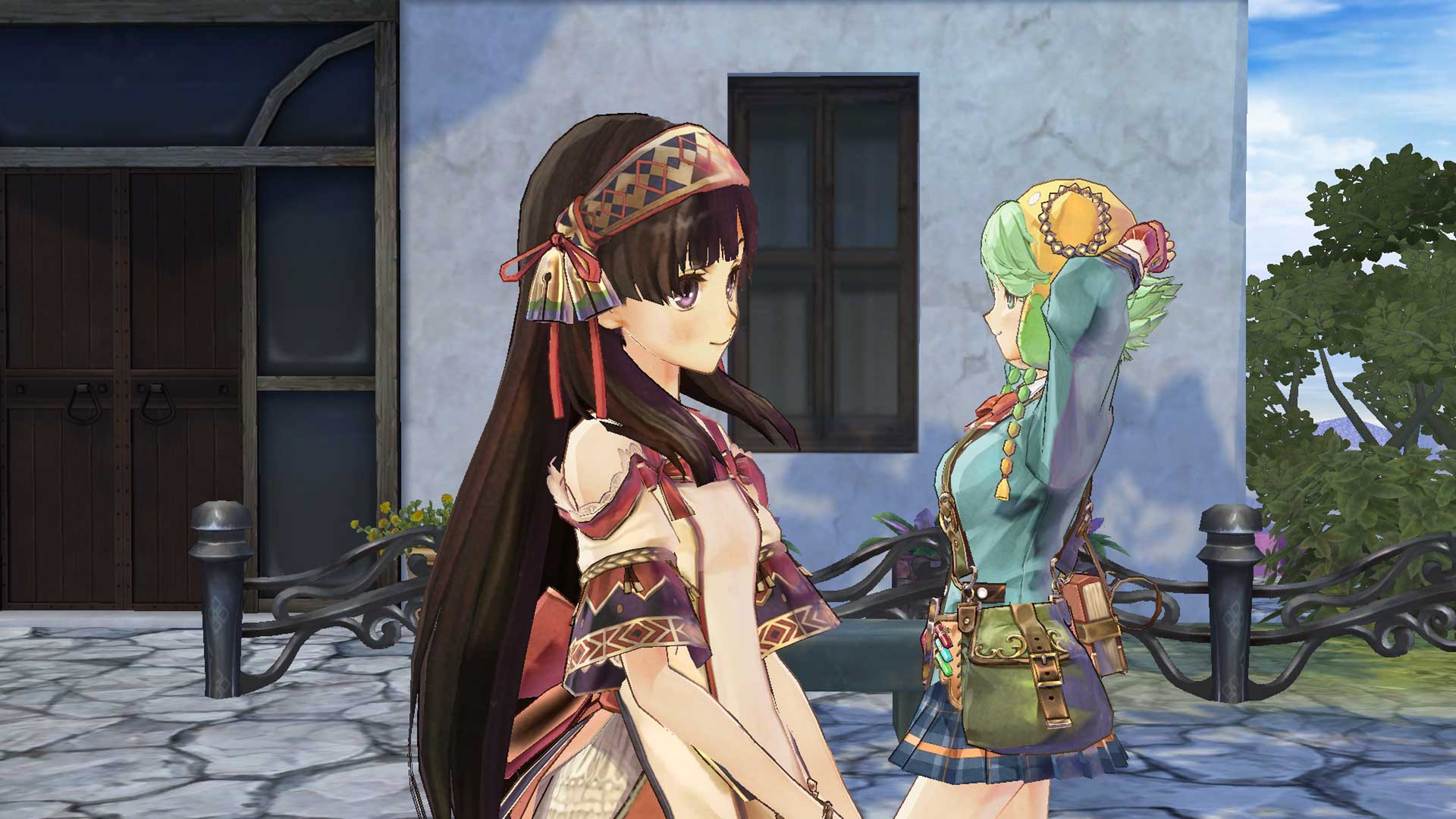 The second game in the series, Atelier Escha & Logy: Alchemists of the Dusk Sky, was just about my favourite of the three games included in this robust Deluxe Pack, but honestly, that was down largely to my preference for its pair of leading characters, and for most, that’s what I suspect most player’s ultimate preference will come down to. As mentioned previously, the core gameplay remains largely unchanged, with each game ultimately differentiated primarily by its cast of leading characters. Luckily, character work is something that the Atelier series has always excelled at, and here, the series is at its best thanks to a varied, likeable and largely memorable cast of characters. Some of the dialogue is still a bit hit and miss, and as always, works much better in its native Japanese, but whether in English or Japanese, the memorable cast of characters combined with a strong overarching narrative combine to create an enjoyable if somewhat samey trilogy of games.

The Atelier series might lack the wow factor found in the more mainstream likes of Final Fantasy and Dragon Quest, but despite its comparatively limited budget and weaker combat mechanics, it’s unique tone and utterly addictive synthesising systems help it stand out from the crowd. The Dusk Trilogy Deluxe Pack arguably represents the series at its best, and with some finely implemented improvements to the three games combined with the inclusion of all of their DLC packs and additional costumes, this is inarguably the best way to experience them. They might be a tad expensive, and will certainly do little to convince those not already enamoured by its somewhat unique tone and pace, but for established fans, and in particular, fans of the largely excellent Dusk trilogy, this represents a great, if somewhat time consuming excuse to revisit one of the Atelier series’ finest moments.

The Dusk Trilogy Deluxe Pack arguably represents the series at its best, and with some finely implemented improvements to the three games combined with the inclusion of all of their DLC packs and additional costumes, this is inarguably the best way to experience them.