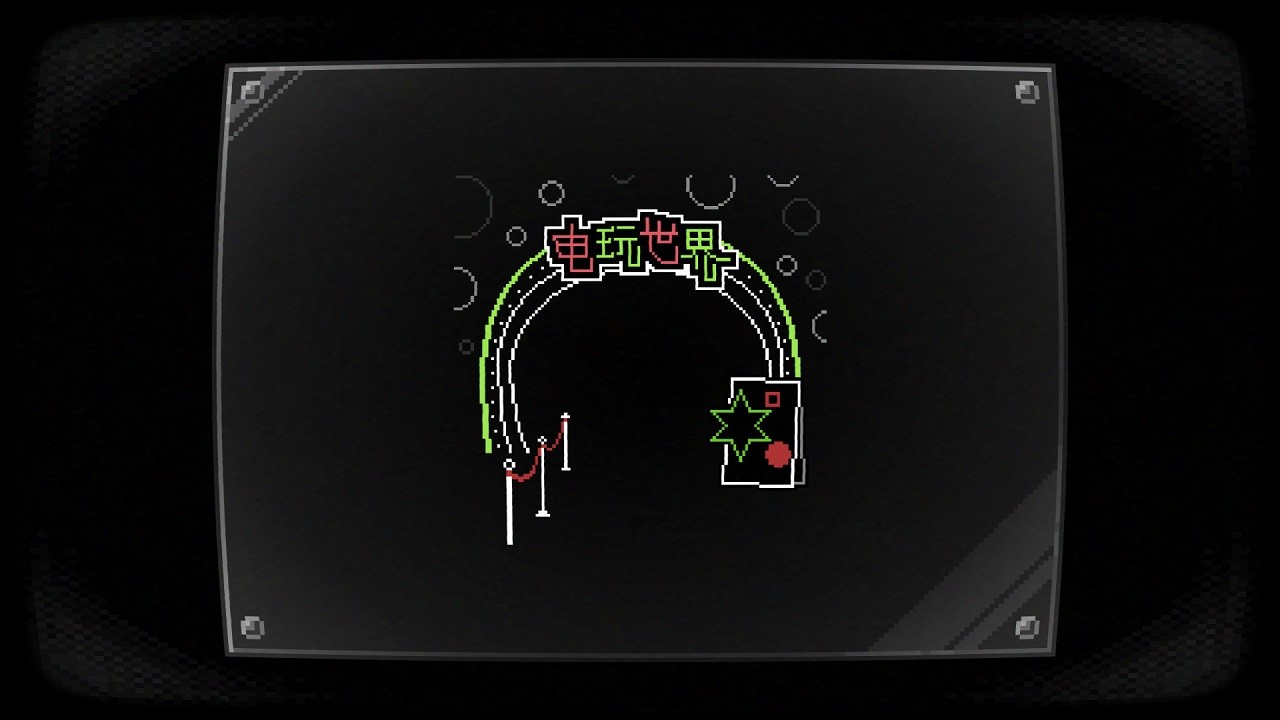 The question of existential existence is a great one to keep you up at night and to really help you lean into the futility of life. Also, it’s a question that brings the philosophers back to the same starting point for literal centuries. “What is my purpose?” “Who am I?” “What does it mean to be me?” There still isn’t really an answer, and there never will be, at least not a universal one. Ultimately, it’ll be the purpose of each and every living being to discover their own solutions and to follow them down a pathway to understand better what it means to be you, and the solution comes at the moment that you cease to be. That’s simply the nature of things.

With SELF, a very bizarre indie game from Dobell (published by indienova), the quest for meaning and purpose takes on a more specific, targeted notion that slowly fragments and becomes more involved with every step you take. You play a child of indeterminate age, whose father is missing. Or, at least, the child believes their father is missing. I think the child is a boy because of several names it gets called, but who’s to say, really? Your mother isn’t answering your questions. Your best friend doesn’t seem to be who he says he is. There are figures following you, probably. You just want to know what happened to your dad. You need to get out of bed and begin your quest. Figure out what’s happening. Try your best to determine the two basic responses in a living creature and when to use them. Fight or flight. Face your problems or avoid them. And, through it all, trust no one but yourself and your memories, wherever they may lead you. 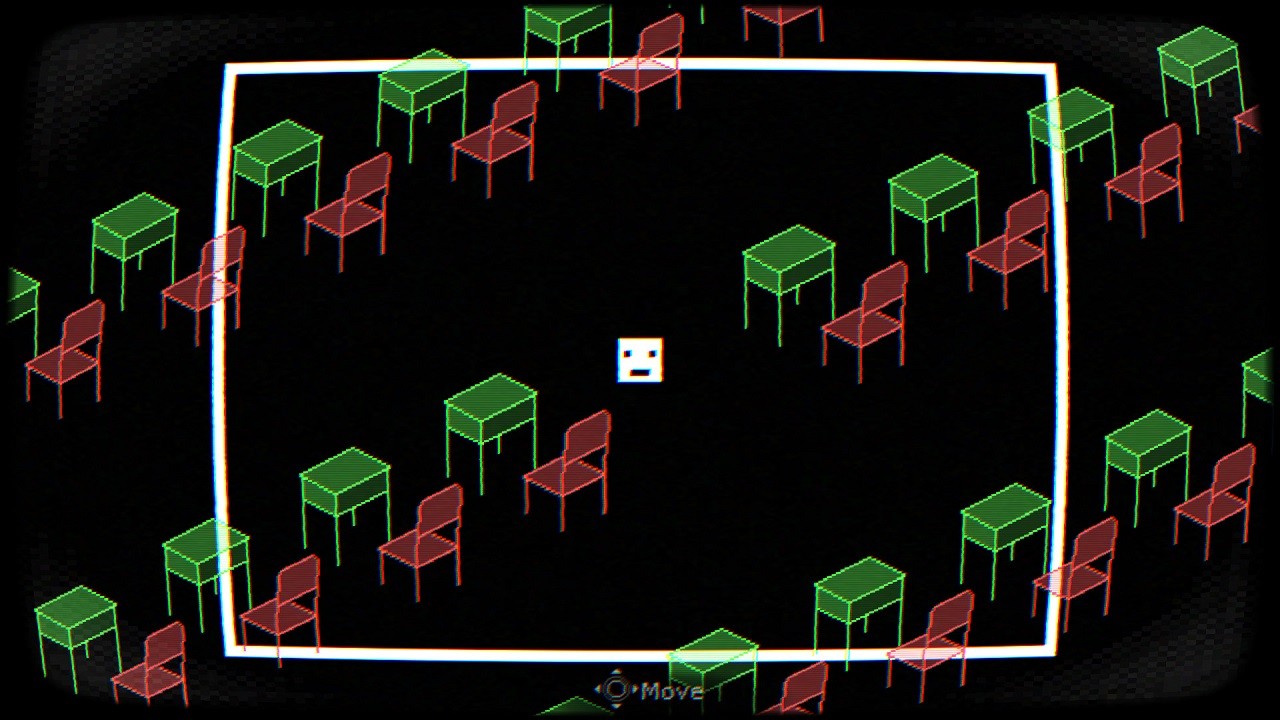 SELF presents in a mostly textual direction with graphics interlaced to give you both additional gameplay moments and also some idea of how things look. Most of the game is done up in gray wireframe, giving a callback to PC games of years gone by, mixed with pixel interpretations that really gave this a visual comparison to Pony Island (though I don’t think it’s quite on the same page in terms of identity). You’ll often have to choose one or another way to respond to someone or something, and, from there, the game moves forward. For example, the earliest thing you can do is choose not to get out of bed. Just stay there, rejecting all attempts to leave, and you’ll eventually get the easiest and sweetest ending. After you step out of bed, things get difficult, and you need to make a call that will lead you somewhere you can’t fathom. Between large moments of gameplay, a “map” of sorts appears, showing the progression that is represented by an ever cracking sheet of glass, with the different forks representing where the story took a different turn. It’s a very cool concept, and it’s well done as the glass starts from the beginning and shows the full crack path as you move forward and accomplish different “chapters.”

The only other real gameplay of SELF are the mini games of personal responsibility, and these are both interesting and annoying. Quite often, you’ll want to face the problem ahead of you: avoiding it leads to dead ends and early endings, plus disappointment. So, in the mini games, you become a tiny white square, and you need to navigate within a small arena that gets buffeted from multiple sides by objects relating to the triggering event. So, when a creepy clown is trying to confront you and your friend, you need to dodge around balloons and clown faces that move across the screen. Red is “avoid” and green is “face,” and you need to keep hitting green markers to keep the arena from collapsing and crushing you. Problem is, the effect is unbalanced. Hitting three or four green markers barely keeps the walls at bay, but a single red can make the compression come in fast and furious. Much like Undertale, the name of the game is pattern recognition and avoidance, but it’s thankfully far easier than dealing with Sans’ final attacks. Still, interweaving through the onslaught is a bit of a task, and you gotta be ready for it. 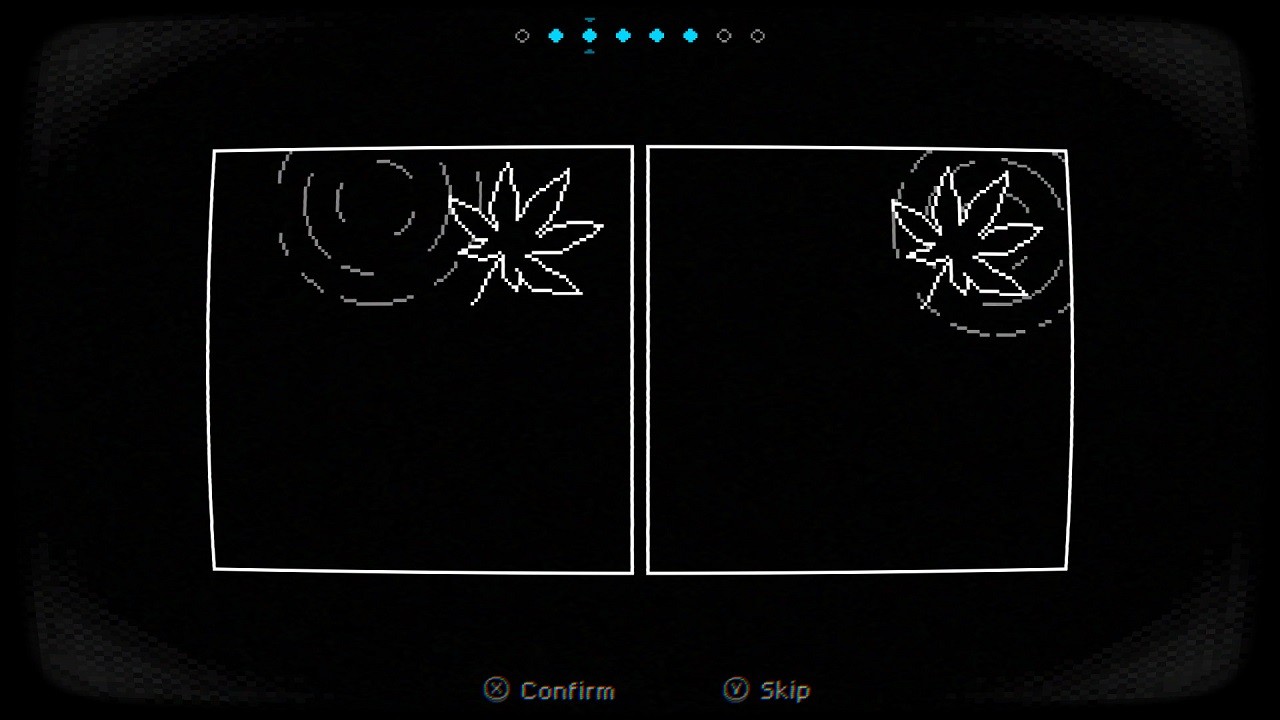 The story of SELF is an interesting one, which is great since that’s what keeps the game going. Watching the protagonist try to deal with a distorted reality and certain levels of doubt is fascinating. Your mom insists you need to get ready for school, but your friend comes over to play because it’s Sunday. The store is filling up with water around you but you’re the only one who notices as the large woman plies you with food and calls you Jeff. A baby screams for his missing father and you alone can soothe it with a memory that may or may not have been real. You make choices, and your choices will, hopefully, unlock memories that are key to getting the “true” ending of the game. Yes, there’s a visual novel element here, but I have good news for those stepping away from this review: it’s really not that long. Seriously, compared to the time I’ve been spending with another visual novel, this is something that you can knock out a couple endings during your lunch break. I sincerely recommend not skipping too fast through the text, though: there are little clues that everyone leaves that sets you up for the ending that you’re heading towards, and they shouldn’t be missed.

SELF is a wonderfully weird little title that sits firmly between the art and game category. I adore the way the different images were presented and the diametric sense of red and green to showcase fear and courage. The simplicity, the graphical glitches, the fact that you can’t even choose to face your problems, but need to battle yourself in order to do so, making it an earned right, was compelling and wonderful. There’s plenty to be read here, and the whole thing is scored with a lovely, sombre piano soundtrack that captured the mood well. The developer describes the experience as Kafkaesque: I don’t think I disagree. If you’ve got a couple bucks and want a banger of a trip, then you may need to look inward at SELF.

Strange, upsetting, unsettling but still compelling, SELF is an exquisite blend of gaming and art into a title that sits in the players mind for hours after.