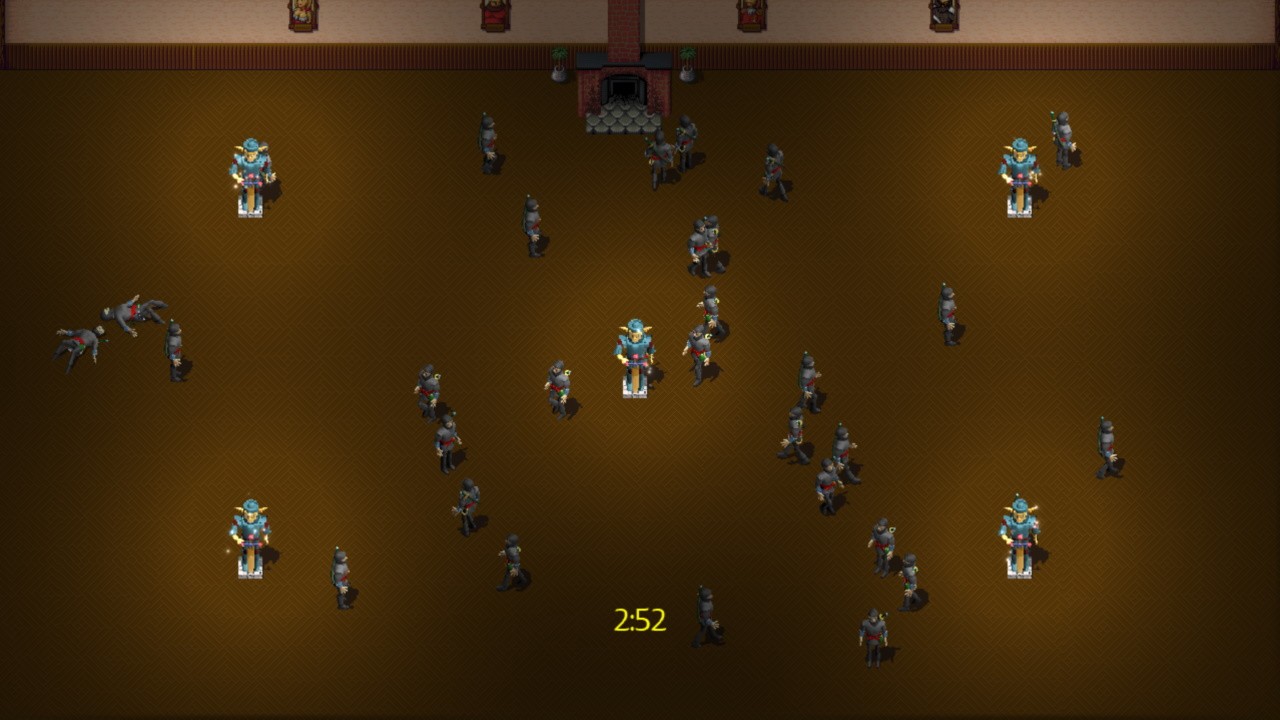 Being discreet in today’s society is a skill. With social media, everyone gets a platform to pout, declare their love for a boy band or convince the world which is the best sci-fi franchise in a series of tweets. What about those who want to be relatively anonymous, lurking in the shadows without being deemed a creeper? Hidden in Plain Sight on the Nintendo Switch is a start.

The objective is already there in the title as Hidden in Plain Sight puts you into a crowd of identical characters and your role is to blend in and complete your goal without being spotted. Sounds simple and it is. Each level is like a Where’s Wally?/Where’s Waldo? challenge, only instead of hunting out the anorak in red and white, you have to decipher subtle movements to determine which of the characters are player-controlled. Most people usually give themselves away as they walk around in circles on the spot.

It’s an interesting concept as all the characters on-screen are the same as one another, and the AI isn’t as predictable as you think. Some of these NPCs will walk in circles, others will be stationary, and the remainder is erratic. This plays into your hands as to what kind of strategy you will take: will you loiter and wait for the right moment, or will you dash for the goal and aim to complete it as swiftly as possible?

Each game mode differs slightly to the next. The game modes include Ninja Party, Catch a Thief, Death Race, Knights Vs Ninjas and Assassin, with a couple of bonus modes. Hidden in Plain Sight isn’t the most striking game when it comes to presentation, so rather than focus a few paragraphs on character modelling and level design, let’s cover some of these modes instead. 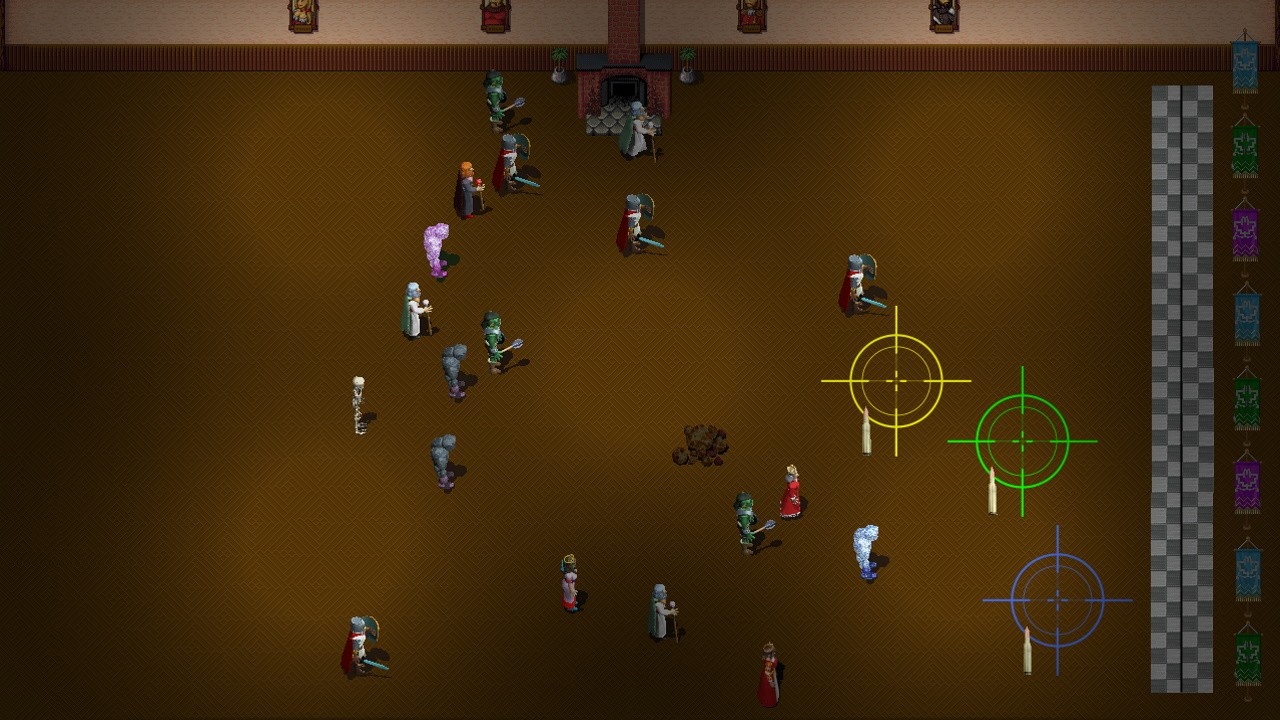 When the game starts, you don’t know where you are, so need to move the controls to figure it out. This already kicks off the challenge, as if your opponent sees any strange behaviour and they’re lucky to have figured out who they are, it could be a quick session. But let’s look at the objectives. In Ninja Party, you spawn as one of many ninjas all on-screen at one time. The goal is to either kill the other players or touch all five statues repeatedly until the time runs out or all the other players are killed. Something that should be mentioned now is that this is a multiplayer game only; there’s no single-player and would defeat the point of the game as you’re looking for human traits, not AI patterns. You can have 2-4 players, all in a local game.

Each time you hit a statue, there will be an audible sound so it gives you an idea where the other player(s) is so you can either hunt them down or attempt to get the statues before they finish. If you have an inkling who they are, you can go for the kill, but it will become apparent if you get it wrong. That’s when you can throw a smoke bomb with the Y button to put them off the scent. Of course, if you’re playing against one other player and you choose correctly, then you win the round.

Catch a Thief is quite a unique approach as players get to play as a thief or sniper, the latter not appearing on-screen, presenting instead a reticle to shoot their opponents. The thieves have to collect coins scattered about while the snipers use their cursor to search for any klepto behaviour. If they choose correctly, they can snipe the player; alternatively, they can mark someone they think is an NPC a.k.a. innocent. This mode is excellent as there’s no indication that a coin has been collected other than an audible clue – coins remain on screen. The strategy for the thief is to avoid being caught and collect as many coins within the given time. For the snipers, the tactic is to pinpoint a group of NPCs, and if you hear a coin collected and they 100% didn’t collect anything, you press the Y button, and a box will appear around that NPC for the duration of the round. Using the process of elimination, you can work out who is an NPC and who isn’t. This is undoubtedly a tense mode and quite possibly my favourite. Do you take the risk and collect as many coins as you can or do you play dumb, hoping that you can stick it out until the countdown reaches zero? Oh, and forget about killing everyone as you have three bullets at your disposal. 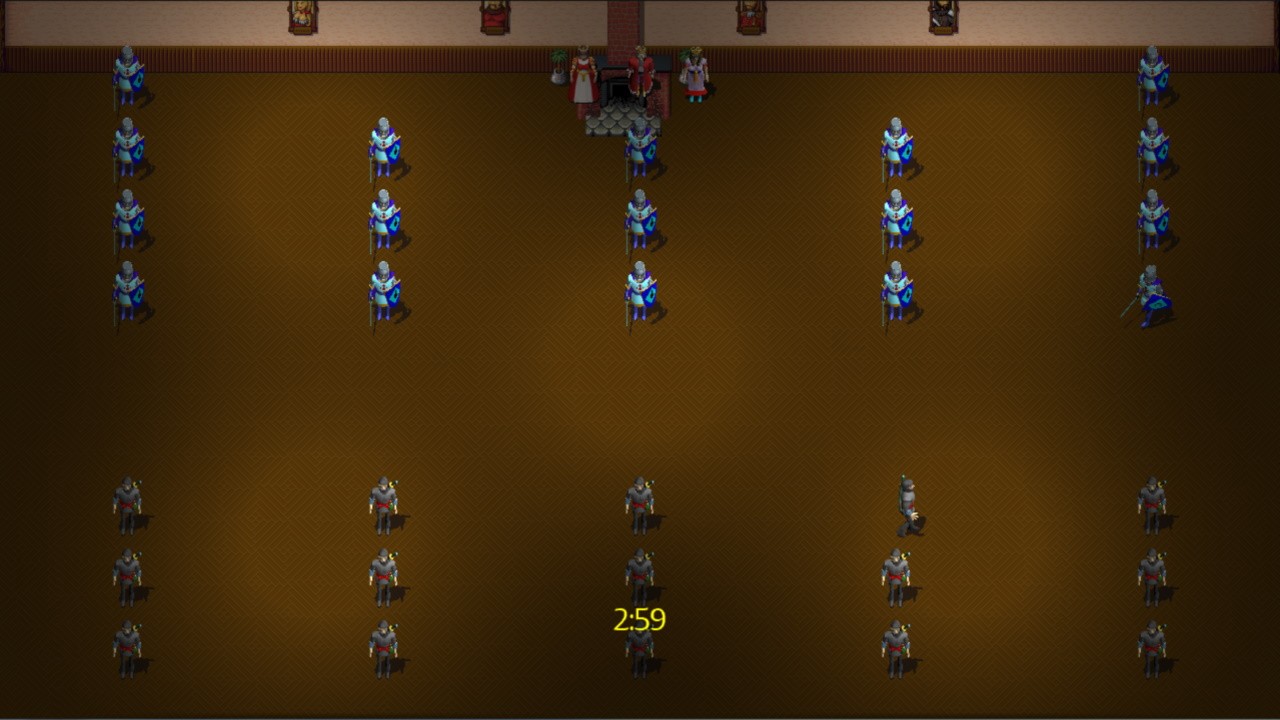 Death Race is for the multi-taskers amongst you as you play both competitor and sniper. The goal is to get your character across the finish line while also searching out for other players. For the racer, you either walk or run using Y and A, but the character walks in a straight line and doesn’t head back; the reason being is with the left stick you control your sniper, monitoring any of the NPCs for any hint as to which is a human player. As with Catch a Thief, bullets are limited, but you only have one this time around.

To round up the remaining titles, we have Knights Vs Assassins. In this mode, ninjas need to stun the knights and knights need to kill the ninjas. If playing as a ninja and you stun the other player, they’ll respawn, but as a knight, you can kill the ninja, meaning game over for that particular player. It’s probably the weakest of the modes along with Assassin which is essentially Catch A Thief, only without the coins. Finally, we have two more modes which are Ninja Battle Royale – take out the other ninjas while there is an outer circle closing in on you; touch the edge, and it’s inevitable death. Also, Ninja Party Classic is the same as the first mode only you win the game immediately if you touch all five statues.

Hidden in Plain Sight is a classic multiplayer game that anyone can play, and for review purposes, I roped in the family to have a go as ‘the more, the merrier’. This rang true as everybody enjoyed it and apart from a couple of modes that had to be explained, albeit very briefly, everyone understood what they had to do and had a blast in playing it. Though it’s for up to 4 players, Hidden in Plain Sight is a great spectator game too for those not playing, as there’s no HUDs or legends to define who is who, for obvious reasons. Also, spectators can home in on individual characters and watch for any habits that may give each player away, as those in the game are too preoccupied with not giving themselves up.

Considering there is only one play area and a collection of ninjas or medieval characters, Hidden in Plain Sight is a great party game and the variety of game modes mean you’ll likely to be playing this for some time with friends. Be advised that this is local multiplayer only with no sign of single player on online play modes. If that isn’t an issue, then this is recommended if you’re looking for a party game that anyone can play, without having to explain the controls or story – there isn’t one.