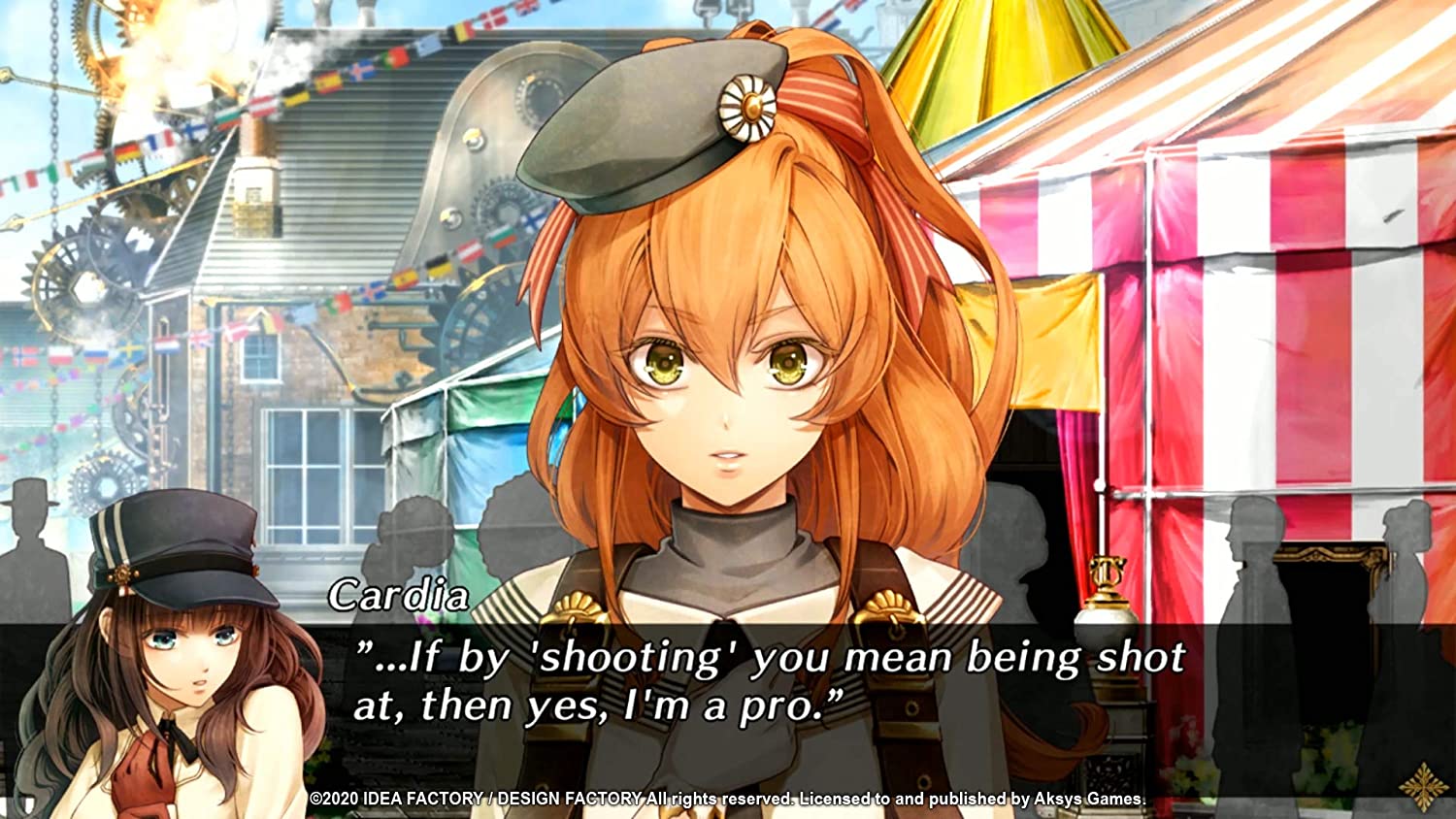 It’s been a minute since we last took a look at the realm of Code: Realize, a truly fascinating alt-history visual novel that featured a protagonist with a truly unique personality flaw. Cardia was a fantastic heroine to journey with, especially as she came to understand the reason for her toxic skin curse and how she could best live her life with the man of her dreams. In my opinion, when Idea Factory and Aksys Games ended the tale, I thought everything was wrapped up rather nicely (as long as you got the better ending), but I also understand that fans always want to know more and explore more as to what became of their beloved characters. The recent Yumeutsutsu RE:After showed that there could be a bit more, however light and fluffy, and it was worth the trip back down the road. With some time inbetween my last venture with Cardia and this once, I can take a look at this after effect with some different eyes. The result? Exciting, engaging, and genuinely worth the price of admission, even if one of the rides wasn’t terribly exciting.

Code: Realize ~Future Blessings~ is not a single sequel story, but, rather, four different tales that take place in different avenues within the Code: Realize universe. There’s one After Story (taking place after the main events of Code: Realize), an Another Story (a parallel storyline that occurs at the same time as the original), and two Extra Stories (alternative takes on the main storyline from different perspectives). It should be noted that all four stories only really make any sense should you play the first game, but that isn’t necessarily a needed requirement. After all, this game, like the first Guardian of Rebirth, is incredibly rich in text and lore, plus, on a more selfish note, fairly pricey. If you’ve already enjoyed Cardia’s dalliances with Lupin in the first game, you’ll almost certainly want to jump in on this fan disk turned feature length title. However, there are some things to keep in mind that I’ll touch upon now.

Production value for ~Future Blessings~ is sky high this time around, so don’t worry about a secondary title not living up to the quality of the first. Besides the artwork still being bang up and completely the same as Guardian of Rebirth, the amount of voicework feels, if possible, higher this time around. Since three of the four stories focus more on other characters outside of Cardia (and one barely focuses on her at all), the player gets to hear more from the different male actors and even their female counterparts, drawing you deeper into that visual novel realm. Moreover, there’s a tighter presentation of the effect that Idea Factory creates as well. Time after time, I talk about pacing within visual novels, and the Code: Realize universe uses such a fantastic system of bite-sized pieces to draw players in and indulge them with both witty banter, plausible exposition and random factoids that crop up with the famous red text to indicate there’s more to read. Despite working my way through several different stories in very different settings, it was a solid delivery throughout, for the most part. 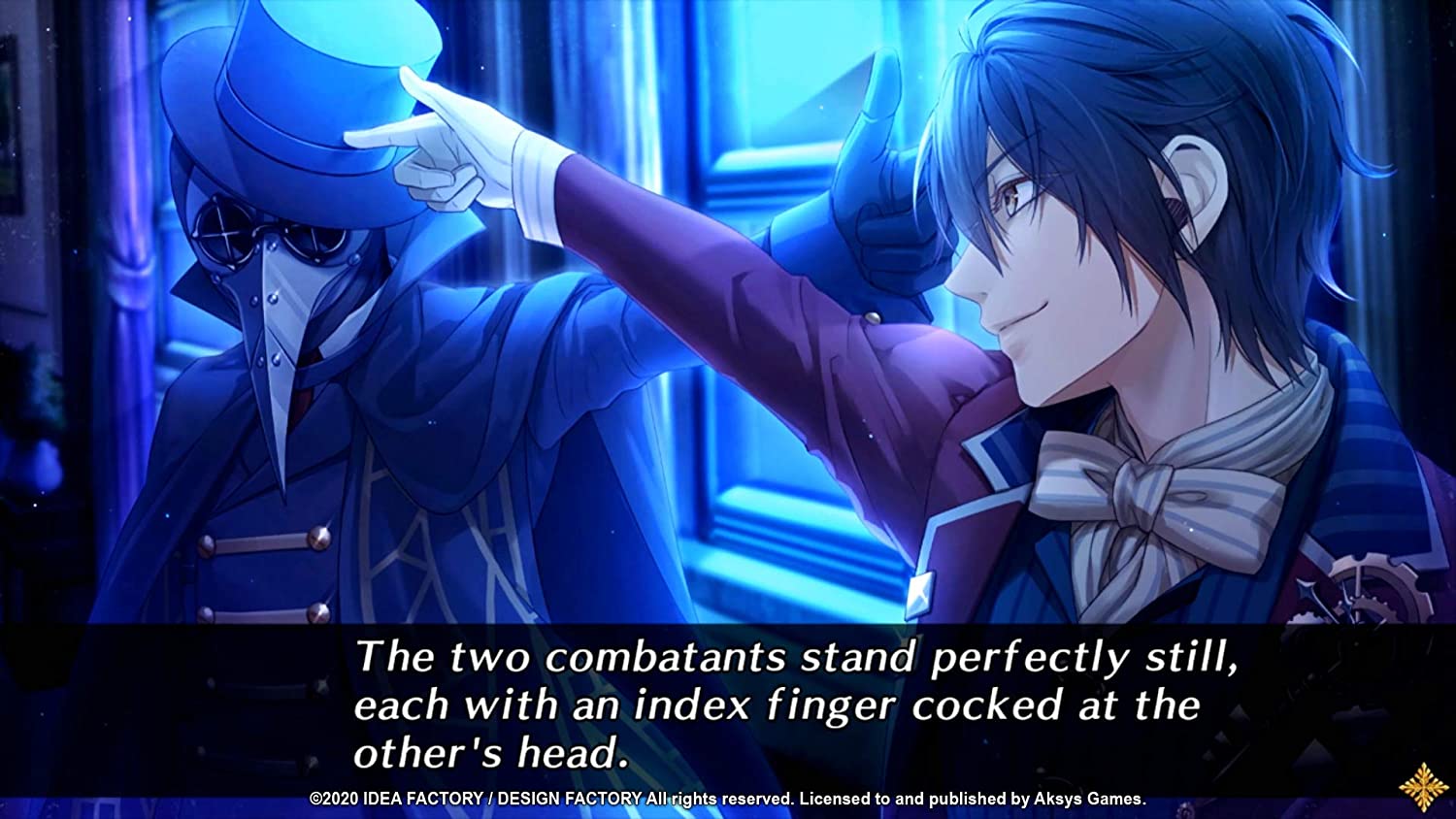 Players are especially going to want to dive into the main After Story (dubbed White Rose), which is the ultimate in fan service. Not only are players essentially playing a sequel story that occurs after an ideal good ending, you specifically get to choose which of the leading men with whom you go on this adventure. This is where Idea Factory really spreads their wings, creating multi-chapter affairs to give an extra sensation of satisfaction and also warm fuzzies about how you chose to end the main Guardian of Blessing game. Now, there are some caveats here, and this isn’t the only spot either. First and foremost, there are no choices. Each and every path within the White Rose is static, so you just get to read, listen and watch, and that’s really about it. For certain sects of visual novel fans, this will be borderline unbearable (especially with as much variety as Cardia was given in her original tale!) but the main purpose is to help guide you further along the “happy ending” from the first jaunt. Therefore, protecting your perfect day by preventing you from making bad decisions is really the only solution.

Also, and this crops up in another story, but the White Rose tales are all exceptionally short. When you take into account the countless hours you had to invest in order to find Cardia happiness in the original Code: Realize, playing through an After Story in roughly 90 minutes might be a bit unsatisfactory for other players. If that’s the case, I’ll have to insist that you sit this one out, because, while Another Story or Extra Stories are longer, not a single one of them touches on the length of what brought them all into being. BUT, for most fans, being able to spend a little more time with Van Helsing (and I mean some quality time) will be worth the price of admission.

The Another Story focuses on Lupin and his time with his gang as well as Cardia, and acts as a quaint little “what if“ within the realm of the original story. Cardia getting wrapped up in some really wild gangster affairs, making a new friend who isn’t a boy and therefore doesn’t become a love interest, and some hilarious moments that involve Cardia sort of, kind of being a badass. It’s cute, and it has more meat than White Rose sidestories do, but, once again, it’s static. If you’re a big Lupin fan, sure, it’s a great little adventure, but, if you didn’t care for him in the original (which seems inconceivable), then you probably aren’t going to waste your time here. Which is a shame, because it’s certainly one of the more fun static routes that exist within the game disk. 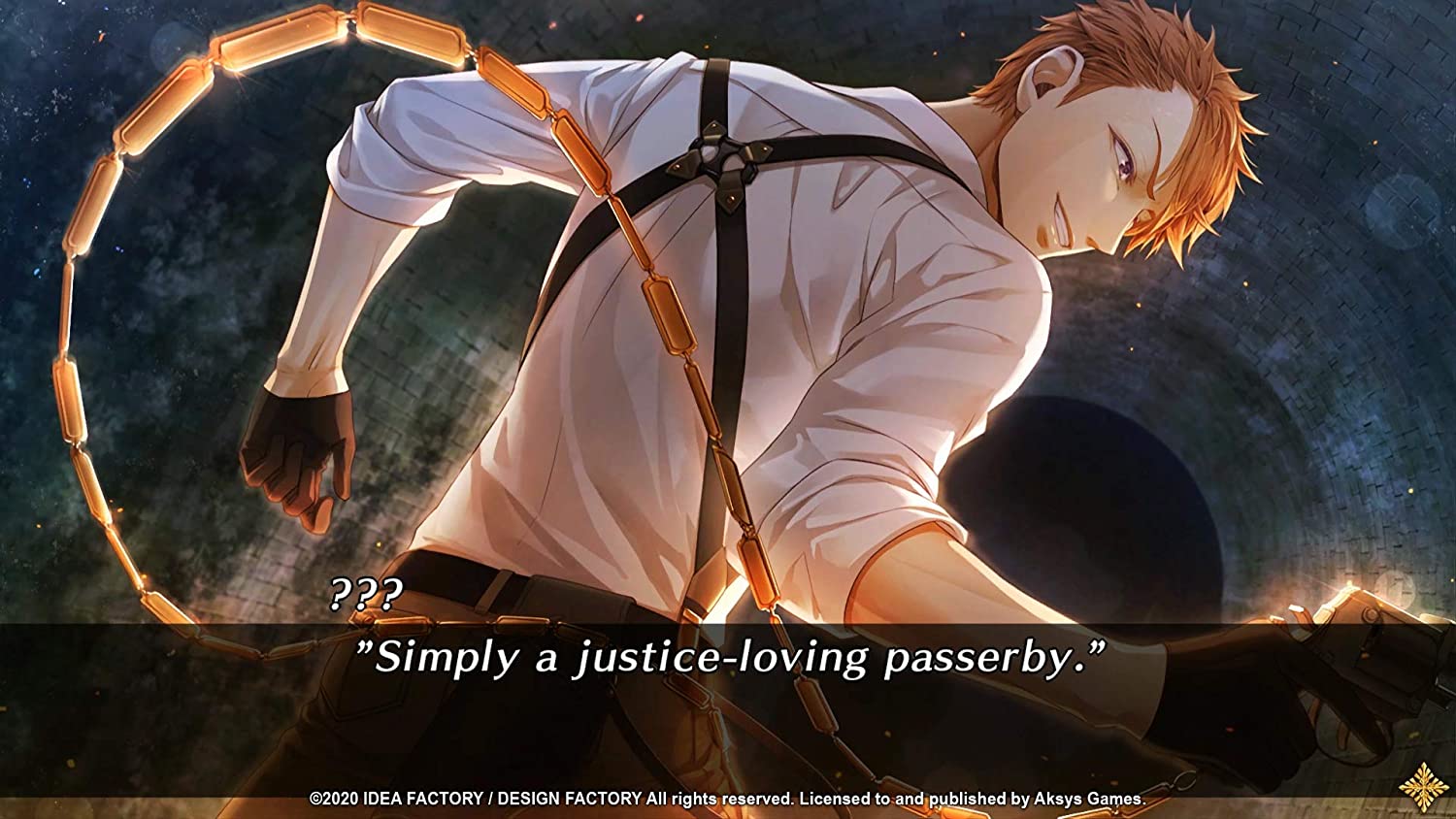 Then we get to the Extra Stories. The first embraces Herlock Sholmes, who didn’t get nearly enough spotlight in the first game, and gives the swarthy detective a crack at solving a case and also getting a happy ending all their own. This particular route should be showcased and featured for fans who enjoyed the concept of Code: Realize but didn’t feel totally fulfilled with how some of the routes played out. Herlock Sholmes enjoys multiple choices within the story, complete with five full chapters, multiple endings, and a truly frightening entity who may or may not be Jack the Ripper. This Extra Story gave me serious vibes about what made me enjoy Guardian of Rebirth in the first place: that sort of alt-history mentality that promised more was happening behind the scenes in this different universe. I saw so much of that just beyond the horizon with Cardia’s first adventure, and Herlock Sholmes’ story reveals even more of that.

The last Extra Story focuses on Finis, and this one really just hit very close to my heart for me. In this, Cardia encounters Finis, who is very much her twin brother who is very much not as dead as she had come to believe. Finis is clearly broken in both the mind and the head, and Cardia has to try her best to help this deranged individual try and find peace and understanding. With a lot of visual novels, happiness is often classified as finding the person of your dreams, falling in love, getting married, etcetera. Guardian of Rebirth allowed Cardia to develop as a strong female personality, but, ultimately, the “true endings” were all on the arm of a man, even if she was standing on her own. Finis is her brother and desperately, truly needs to know that he’s worth something beyond just being an object, and his sister has to help him find that. So, if you’re lucky enough to navigate the five chapters and help Finis find peace, it isn’t him falling in love with Cardia and making babies. It’s being reminded what familial, unconditional love is, and that’s something that all players might need to be reminded of once in a while. I sincerely loved this path, and it’s worth your time.

All in all, there’s a lot of content within Code: Realize ~Future Blessings~, and it stands on its own in spite of Guardian of Rebirth. I will say that you should at least be familiar with the anime or do a bit of reading before jumping into this collection of fan-centric supports, but there’s plenty to enjoy, lots of replay value with the Collections afterwards, and it’s all made of high quality stuff: there’s no cheap investments within. If you want to see more from Cardia’s universe, then I think it’s time to accept this Blessing.

Return to the realm of steampunk, Victorian romance and incredibly pretty historical figures in this fan service sequel to Guardian of Rebirth.