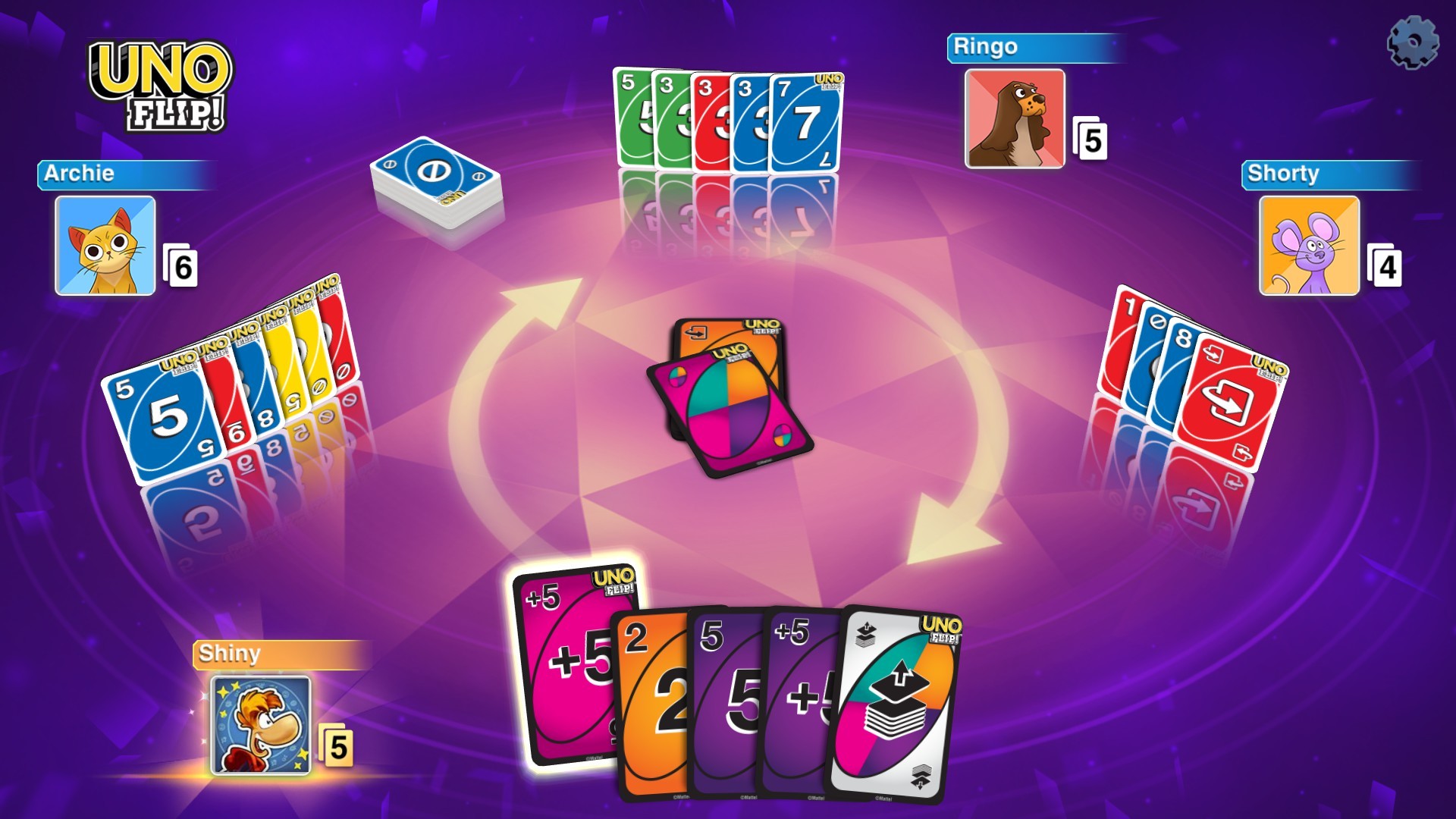 In other times, Uno wouldn’t really get much of a look in, mostly because the main family doesn’t bother with the bothersome box under the television, and if we normally want to play something card related, then there are literally hundreds of boardgames in the house. However, as a lot of people are likely to continually say, until we invent new phrases to describe this time we are living under, this is not normal times. So under these circumstances, Uno is literally getting brought out again and again for just one more round. To be honest, we can’t quite put our finger on why.

For those who haven’t played UNO before, the premise is fairly simple; you will be dealt a hand of cards that you need to get rid of in order to win the game and these cards will have a number or a colour on them. In order to play a card, you need to match either the colour or the number so they are valid, so a blue four card can either be played on another four or any blue card. Regularly, there will be cards that will change the direction of play, or skip a player, or even add extra cards to your opponents hands if they can’t counter them with a similar card. 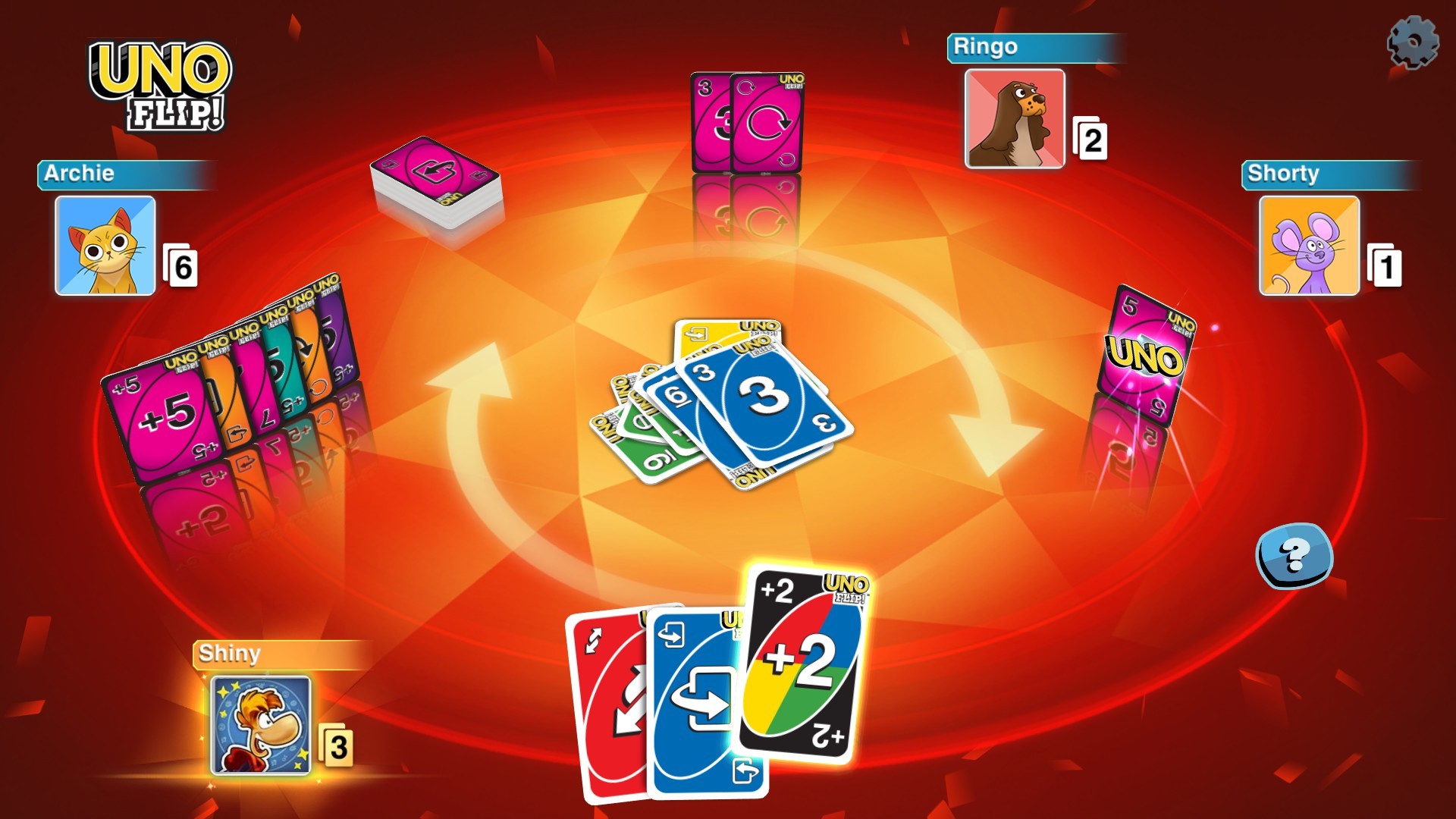 Included in the pack is the UNO flip variant game, where both sides of the cards are used, and playing a special card changes the side of the cards that you use. It adds an additional element of tactics as you will have access to see what other players could potentially play before you hit the flipside and therefore, games can take a bit longer as there can be a bit of back and forth.

One of the biggest issues with playing a card game that needs hidden information is how to deal with playing on one screen, and so in UNO you can either play two player and team up against the AI, or you can use the much under utilised PlayLink app from Sony, which will then allow you to play with all four human players without the worry of letting everyone know your plans for UNO domination. 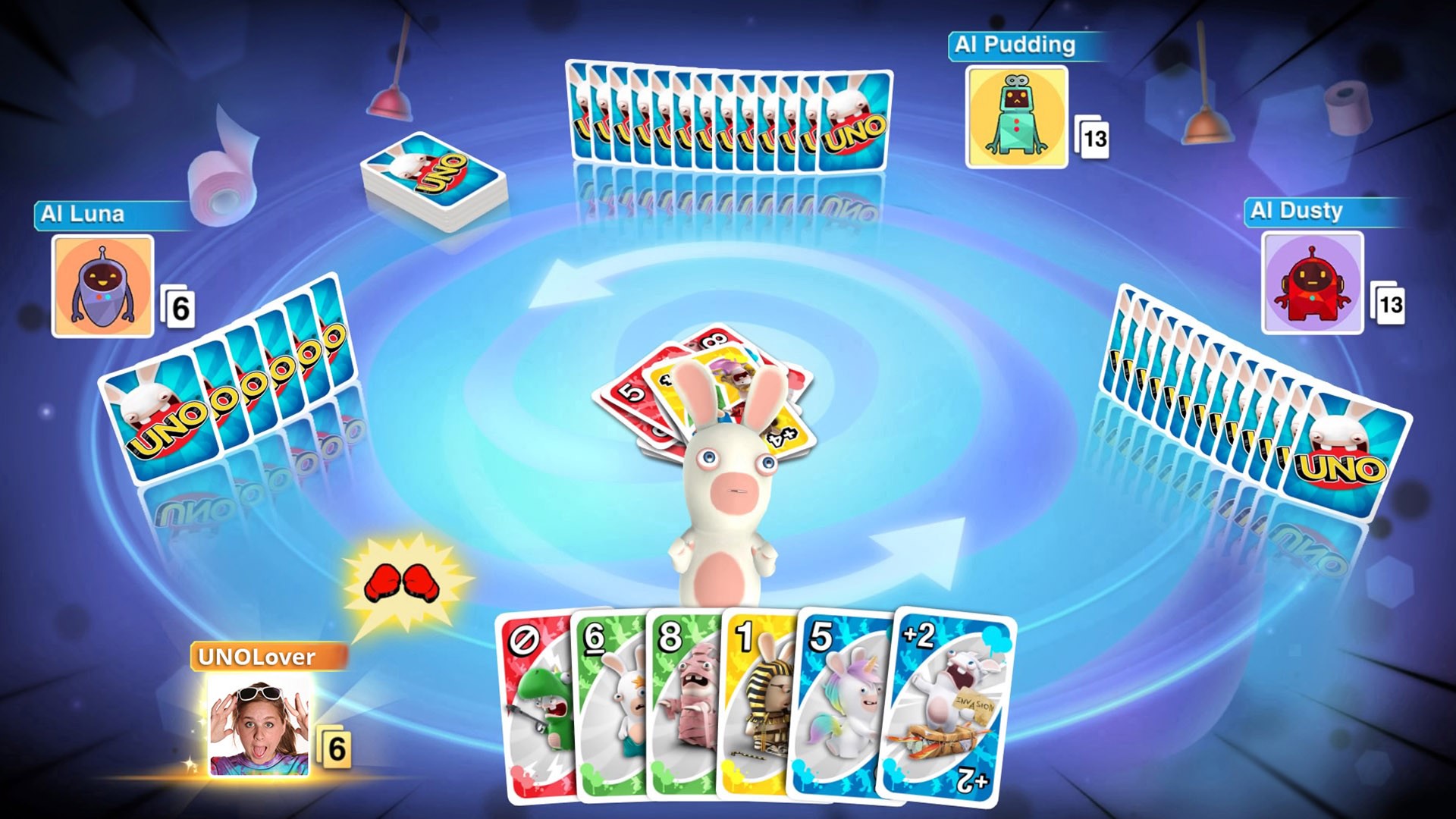 For those wanting to branch out even further, you can take the game online, where you can deal with real time opponents, where various additional rules can come into play and some can take time to getting used to, as learning is often ‘on the job’ and your opponents are hardly likely to give you any leeway as a new casual player. What was funny though, was the number of people who have spent hours playing this online, as there were some really high levelled opponents who clearly knew their stuff.

If you fancy something different in the decks, there are some familiar faces from the Ubisoft stable in terms of Just Dance and the Rabbids crew, which add some additional flavour. Everything is presented cleanly and crisply and while it’s nothing to write home about, it’s all great and functional.

Ubisoft are offering a complete package that will make it easy for anyone familiar or unfamiliar with the game to just dive in, play and have some fun. It’s not meant to be anything more that a family card game, and considering it managed to get our family around the TV laughing and pointing fingers and swearing revenge against each other, it would be wrong to not recommend you give it a go. It’s fun, simple and in these times, a much needed distraction from being stuck indoors. And thinking about it, for any other time too.

Uno: Ultimate Edition is fun, simple and in these times, a much needed distraction from being stuck indoors. And thinking about it, for any other time too.