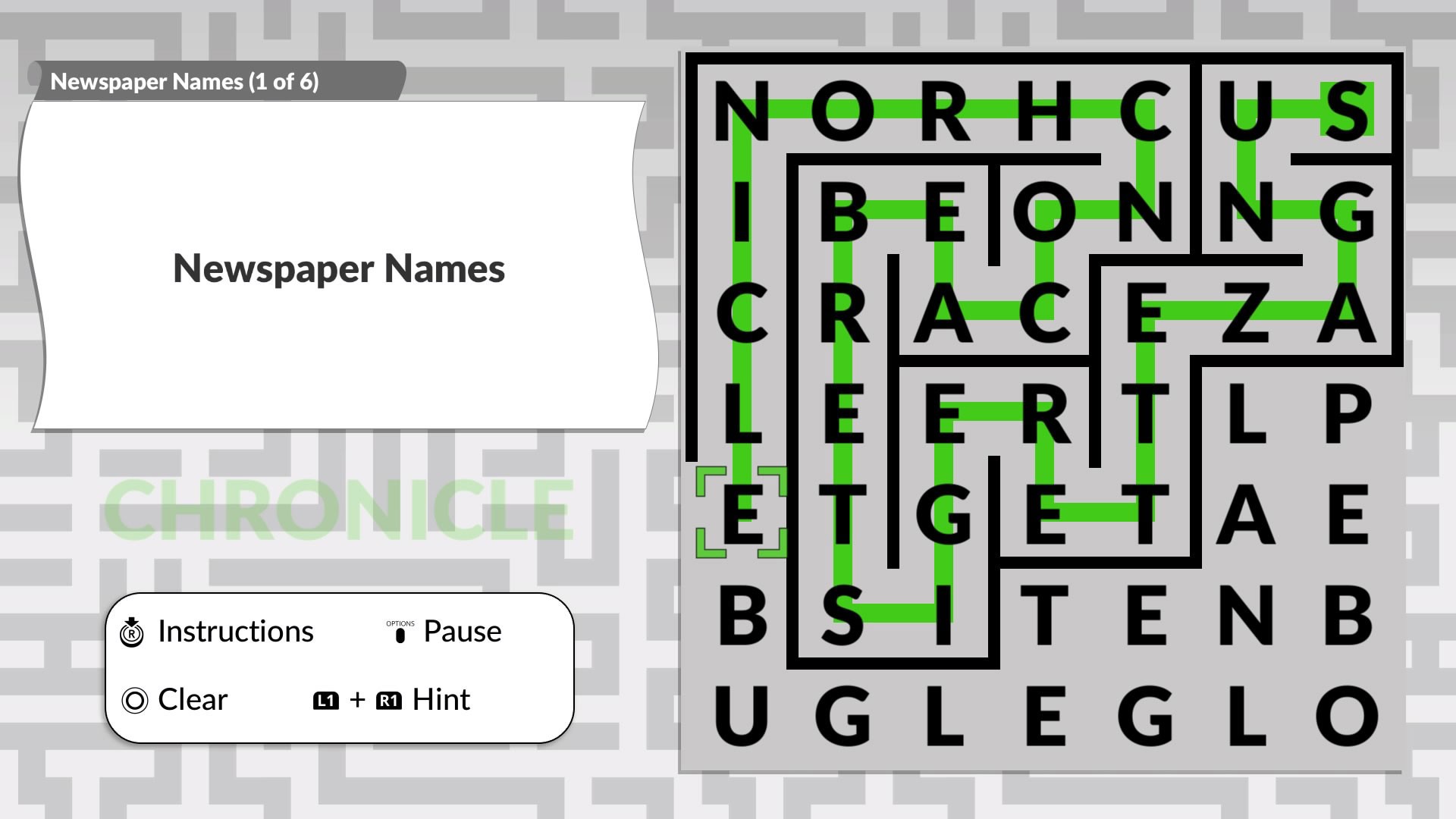 Lightwood Games are back with another word related title in the form of Word Maze by POWGI. Lightwood Games generally release two kinds of titles, one deals with versions of Picross, some of these include Pic-a-Pix Colour 2, Block-a-Pix Deluxe and Fill-a-Pix. The other set of games they make include Word Sudoku by POWGI, Word Search by POWGI, Mixups by POWGI and Crossovers by POWGI. If you’ve played any of the POWGI games, then you’ll know what to expect, a lot of puzzles following the same rules.

In Word Maze by POWGI, you have to find a trail of letters that will highlight a word, then highlight the next trail until you find all the words you need to find to complete the level. That’s pretty much it for Word Maze by POWGI, it’s usually the case for these kinds of games. There are 120 puzzles split up into 6 parts, so in total there are 700 of these puzzles to complete. When you start a puzzle the first word is already highlighted and every letter in the grid is part of the puzzle. 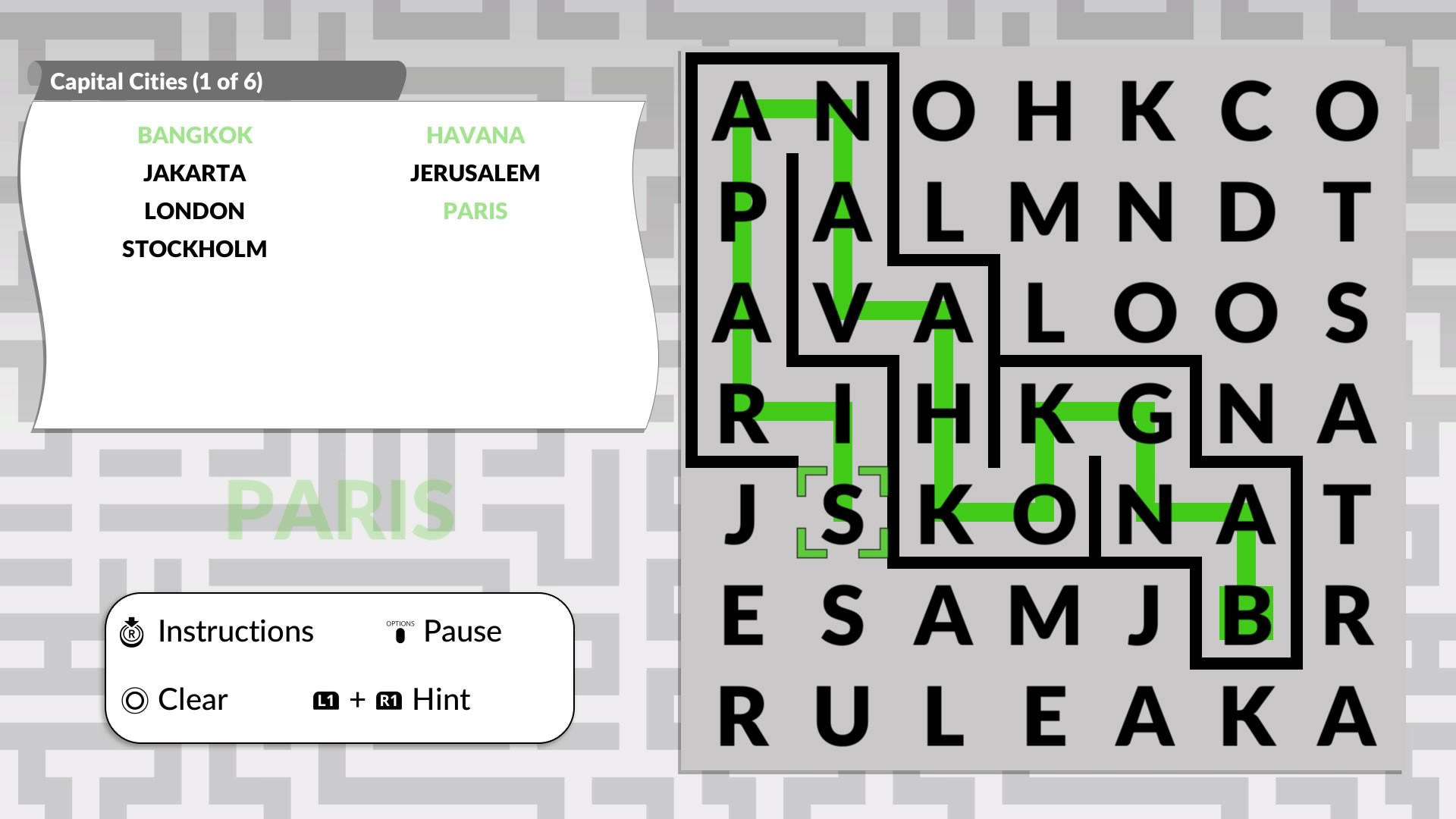 The 120 levels are themed, so words like Fiddle, Piano and Sitar will be some of the words that need to be found in the Musical Instruments set of 6 puzzles. Other themes are self explanatory like Newspaper Names, Capital Cities, US States, Biblical Names, Money, Dog Breeds, Herb & Spices, Animal Sounds, Pets, Colors, Cakes, Fast Words, Birds, Containers, Girls Names, Sushi, Musical Terms, Bones and Containers etc. Some puzzles will only have 6 words to be found so they are quite easy to get through, other puzzles can have 15 or 16 words so the grid is much longer and will take you more time to complete. 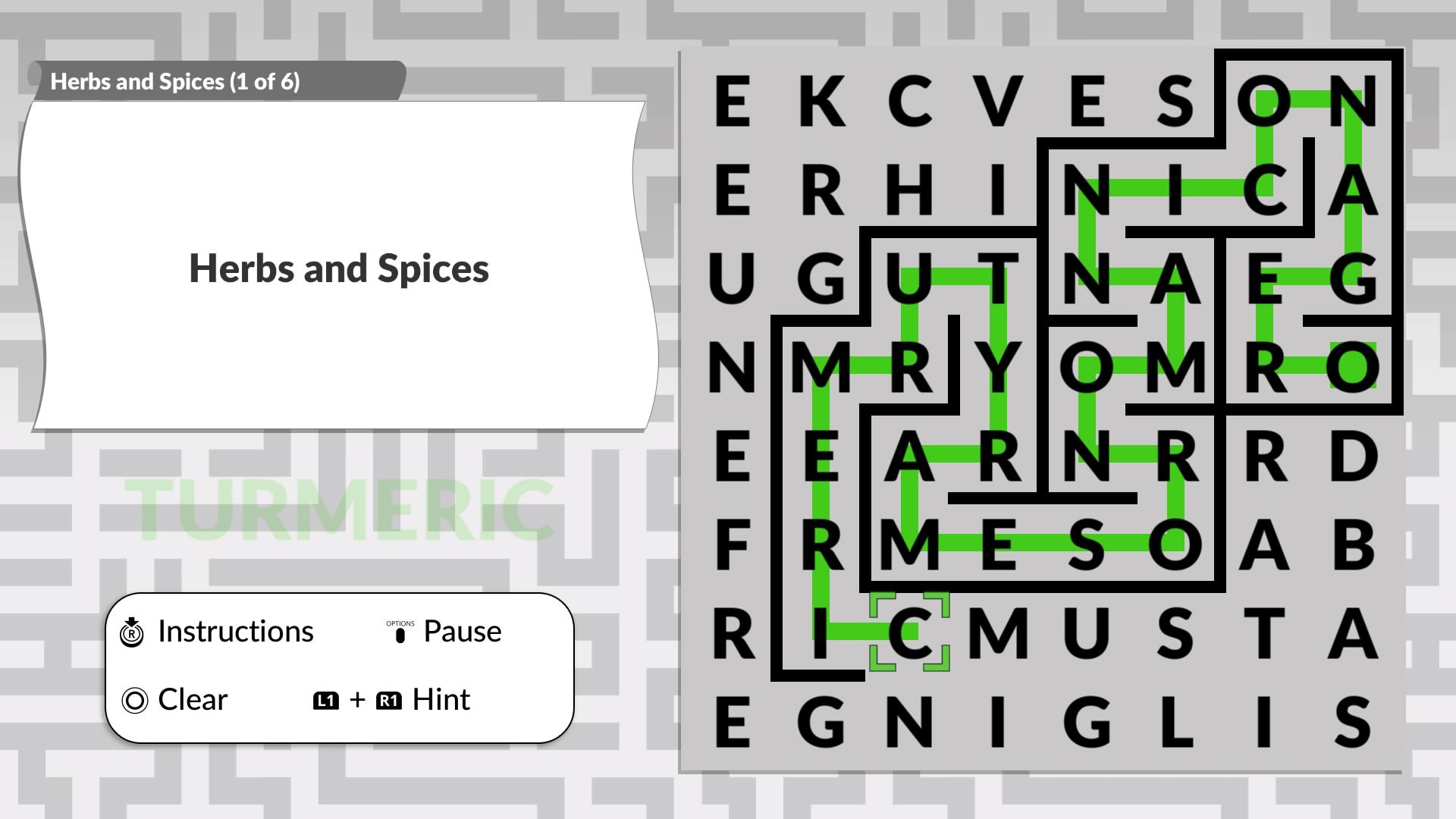 Just like previous titles, Word Maze by POWGI follows a similar grey-scale colour scheme. There is the usual hint system in play and catchy music to keep you entertained. It’s always hard to review this kind of game because every puzzle is similar in set up, only the theme changes so there is very little variety. If the different POWGI games were bundled together then you would get a more varied and entertaining experience. Due to the way the POWGI games are packaged, if you don’t enjoy the first 4/5 puzzles, then you won’t get any enjoyment out of the 100 plus remaining puzzles. Arguably Word Maze by POWGI is one of the weaker titles in the series requiring the least brain power. The lack of a leaderboard is a regular issue with POWGI games and it’s the same with Word Maze by POWGI. Once you complete one level there is nothing pulling you back to complete it quicker.