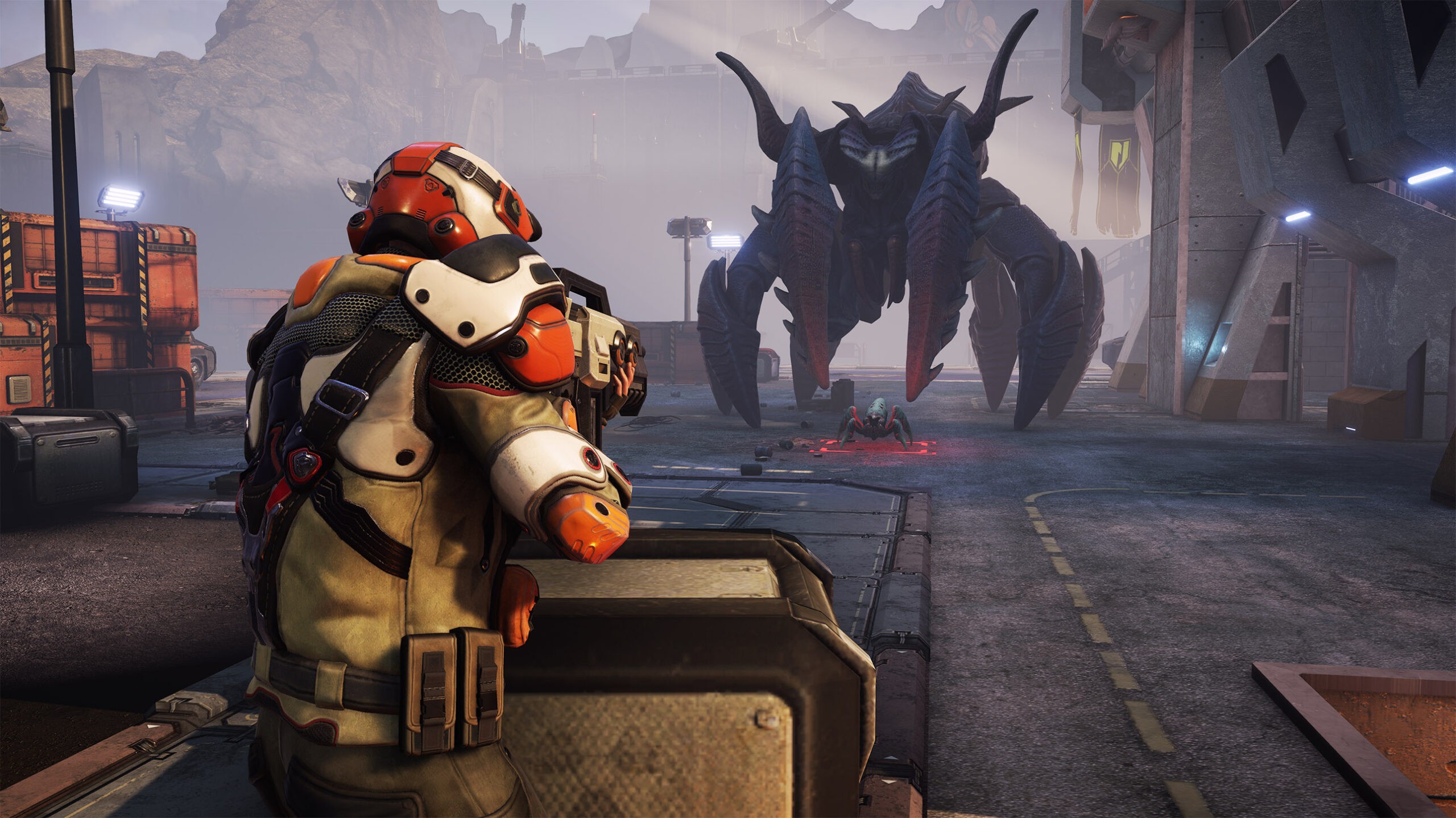 Phoenix Point is the spiritual successor to the X-COM series, developed by Snapshot Games, whose CEO and co-founder, Julian Gollop, also happens to be one of the creators of the original X-COM, not to be confused with the recent reboots from Firaxis Games.

The game takes place in the aftermath of an outbreak of the mysterious Pandoravirus, which contaminated the Earth’s biosphere, making the fauna excessively aggressive even towards bigger predators, and unleashing an eerie mist all across the planet, which engulfed numerous shorelines. Eventually, Humanity saw themselves forced to retreat to safe havens, and lock themselves behind walls to protect themselves from the terrors that lie on the other side.

The player takes on the role of a newly appointed Commander of the Phoenix Project, a long-abandoned initiative created after the Second World War that sought to rally all of Humanity under a common banner and to overcome any and all hurdles in its way. Nowadays, the goal of Phoenix Point is to investigate and fight off the Pandoravirus mist that is reappearing all across the globe.

If you’ve played or you know anything about the original X-COM games, the recent remakes, or Xenonauts, then you should know what to expect from Phoenix Point. Much like those titles, Phoenix Point divides itself into two major gameplay layers, a turn-based combat segment, and a strategic management element on top of it that ties everything together into one cohesive piece.

The Geoscape makes a return, and it allows you to see the globe and point of interests which you can visit. These points of interest can be simple missions, either story-related or skirmishes just for the purpose of scavenging resources, safe havens from multiple factions, or just some random events. Still, to find these, you must first use your aircraft to perform a scan of the area, which will reveal any points of interest in a wide area upon completion. There are also multiple Phoenix Point bases which you can find, and given their limited space, you must plan beforehand what kind of facilities you want to build and where. For instance, you can construct research labs somewhere in order to focus that base on research, while you build training centres and hospitals on another base in order to automatically level up your soldiers whenever they’re over there sitting idle.

Also, surprisingly enough, one of the things where Phoenix Point sets itself apart from others in the genre is in the fact that it has a surprisingly in-depth diplomacy element. Like it tends to happen whenever Humanity finds itself in deep trouble, in Phoenix Point, the few remnants of civilization split themselves into three major factions, the Synedrion, the Disciples of Anu, and the New Jericho. The Synedrion seek balance in all things, as they aspire to build a utopian society, while New Jericho seeks to reclaim Earth and restore order by force to make sure that Humanity preserves its purity. Meanwhile, the Disciples of Anu are a religious cult that sees the virus as the next step in human evolution. 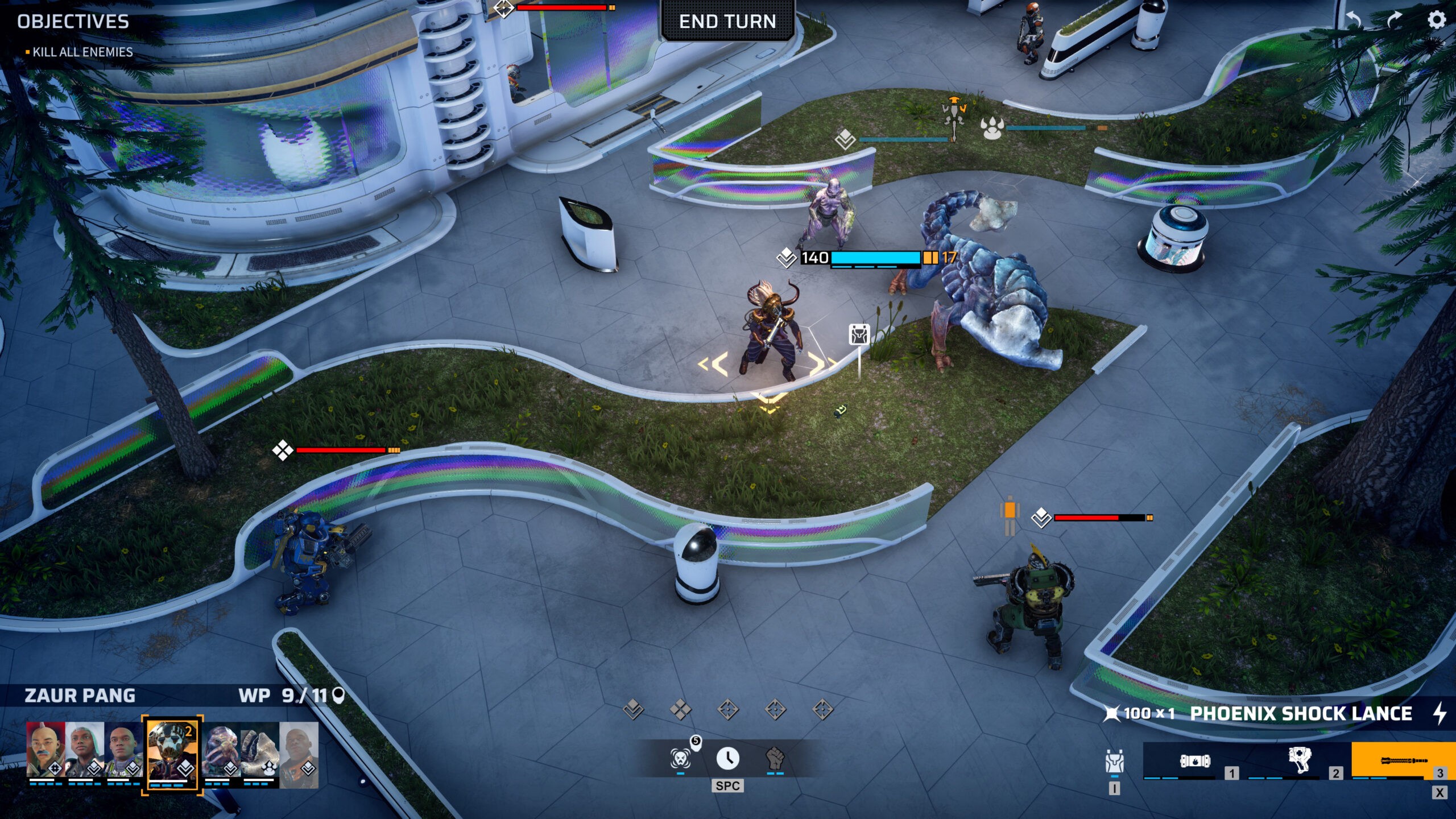 As you explore the Geoscape, you can run into different events that, depending on your approach, might cause you to gain the favour or anger of these factions. These factions might even come under attack by the Pandoran as the mist expands throughout the globe, and you can choose if you want to help them out or simply leave them to their own fate. Also, while you can straight up raid their facilities to steal resources and even aircraft, that isn’t really a wise thing to do, as I find that the benefits that come from allying with them to be far more worthy. Once you reach a certain level of trust with any of the factions, they not only grant you access to their special units, but also to their research three, which is a much better deal in the long-term.

Research plays a pivotal role in Phoenix Point’s gameplay, as it not only grants you access to new weapons and armor blueprints, but it also allows you to increase the overall amount of damage that you deal to certain enemies. On top of that, research is also a major point through which the game’s story continues, as you keep on investigating the mysteries of the Pandorans and the mist, thus unlocking more information about the world around you.

The combat in Phoenix Point is pretty much what you’d expect from this type of game, a solid turn-based system that features numerous class-specific abilities, multiple types of weapons, and a decent variety in terms of different level layouts. The turn-based combat revolves around a system of action points, where you have a limited amount of points to spend on moving, shooting, as well as using items and abilities. Obviously, stronger abilities will use more points than the most basic ones, and different weapons in different conditions can also require more or less points to fire than others.

Phoenix Point does have one thing which I think we’ve never seen in a game like this, and that’s the ability to manually aim your shots, which allows you to prioritize enemy body parts. A unit can get one of their limbs completely damaged beyond use, and it’s also possible to remove weapons out of combat, as well render enemies unable to cast certain abilities by damaging specific parts. If this doesn’t sound like much, then you’d be surprised at the amount of times where it’s much more viable to just disable enemies instead of outright killing them in the middle of a huge fight.

Unlike other games in the genre, Phoenix Point also does away with the standard hit chance percentage indicator in favour of a more friendly system. Phoenix Point’s shooting calculates each shot fired by a gun individually, meaning that you can miss and hit some shots in the same move. Furthermore, the game’s hit indicator tells you exactly the area where shots can land, thus giving you more accurate information and information that might save you from a lot of frustrating moments, like when you missed those shots in XCOM with over a 90% hit chance. 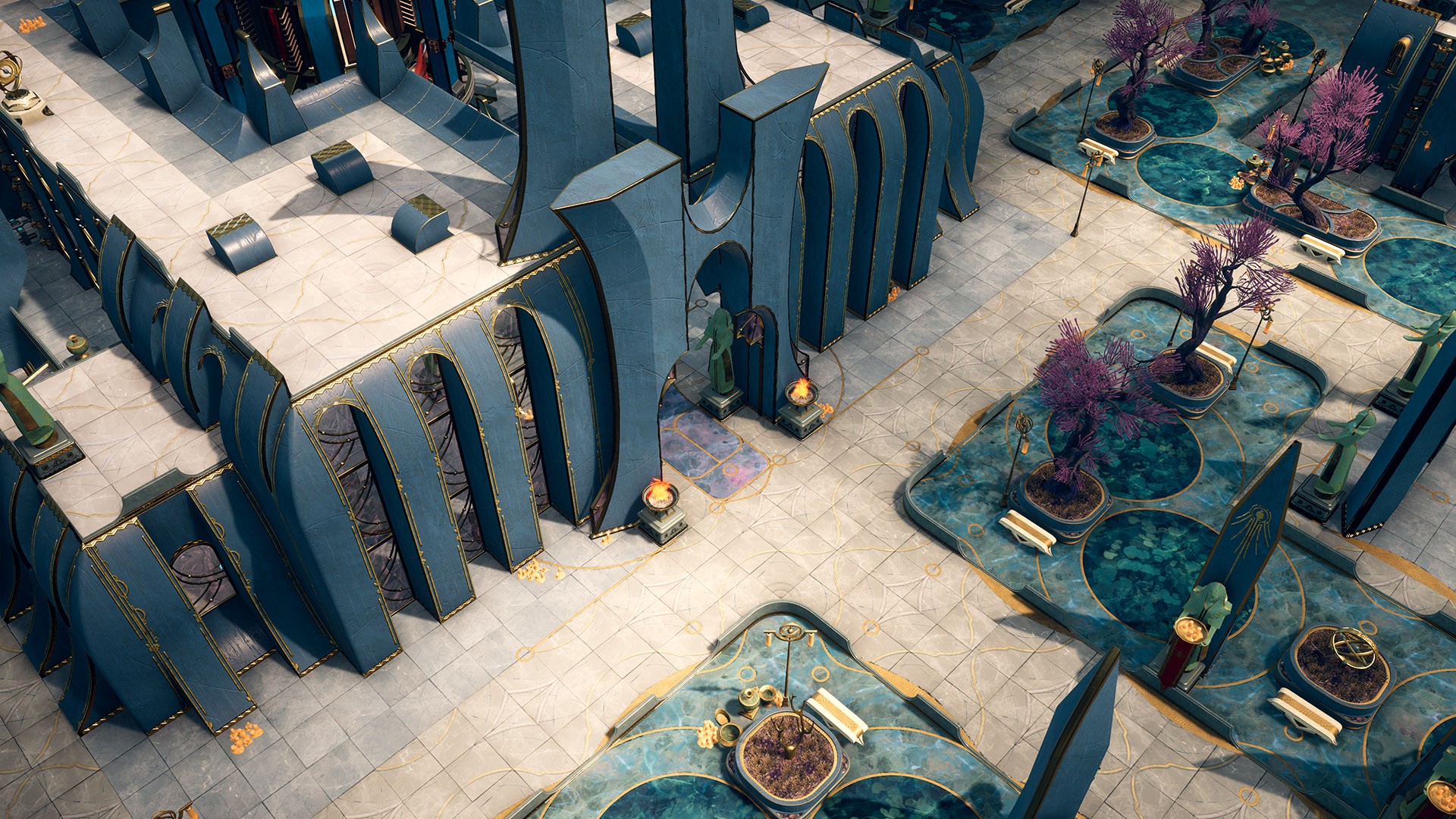 There are other things that also spice up Phoenix Point’s combat, like status effects such as bleeding, acid, virus, mind control, and a soldier’s will. When units get hit or when they witness the death of one of their buddies, they not only lose health points but also will points. Will points play a vital role in Phoenix Point, as they not only serve as points to use abilities during combat, but they also represent a soldier’s mental strength. Soldiers can panic if they run out of will points during combat, so even your most tanky soldiers can find themselves in great distress.

Soldiers come in all shapes and forms, but you can change the way they look and their voice, if you’re into that sort of thing. As you play with them, or as you leave them in a base with training facilities, they will gain experience and level up, which allows you to upgrade their stats, unlock new abilities, and even specialize them in other classes. As soon as you get in good terms with one of the major factions, you’ll you’ll be able to recruit new soldiers from havens out there in the world, however, those recruits come with unique aspects depending on their original faction. For example, recruits from the Disciples of Anus are mutated in one way or another, and they focus mainly on melee combat. On the other hand, New Jericho offers heavily armed and armored units, while Synedrion units focus more on utility and the use of high-tech weaponry. Obviously each of these come with their own strengths and weaknesses, so you shouldn’t really build your force with only a few types of units, it’s best to diversify and not to get too attached to your soldiers, as they might end up dying sooner or later.

Likewise, the Pandoran creatures also come in all sorts of crazy concoctions of lifeforms, and their arsenal reflects that. Their grotesque looks tends to have resembling color palettes, but their design tends to be quite unique, with some enemies resembling an awful mixture of a human and a crab while others can resemble sirens, spiders, or all sorts of eldritch otherworldly critters. Some of them can turn invisible, others can control the mind of your soldiers, some can fire acid from afar, others possess both biological grenade launchers and rifles, while there’s also pesky little ones that can explode or latch on to the head of your soldiers à la face hugger style.

Still, despite such a cool premise, there isn’t much in terms of story as I would’ve hoped for. There’s usually a cutscene and a few lines of dialogue outside missions, and also a few lines of text whenever you complete a research project, but other than that, that’s it, each mission is pretty much just a search & destroy assignment and, for the most part, it kind of feels disconnected from the overarching narrative.

Overall, as a huge fan of the X-COM series, I must say that even though Phoenix Point doesn’t reinvent the wheel nor does it present any groundbreaking features, it’s still a good game in its own right. If you like X-COM, chances are that you’ll also enjoy Phoenix Point, as the gameplay is pretty identical. However, personally, what sold me on Phoenix Point was the setting, as it not only provides a great context for the gameplay systems in place, but it also ties in quite nicely with the enemy design, the pacing of the game, and just the overall narrative and mysterious plot that unfolds the deeper you get into the game. There’s really no way you can go wrong with Phoenix Point if you’re a fan of the genre.

Phoenix Point is a spiritual successor to the X-COM series that delivers a solid gameplay experience with a few interesting twists. There’s really no way you can go wrong with Phoenix Point if you’re a fan of the genre.