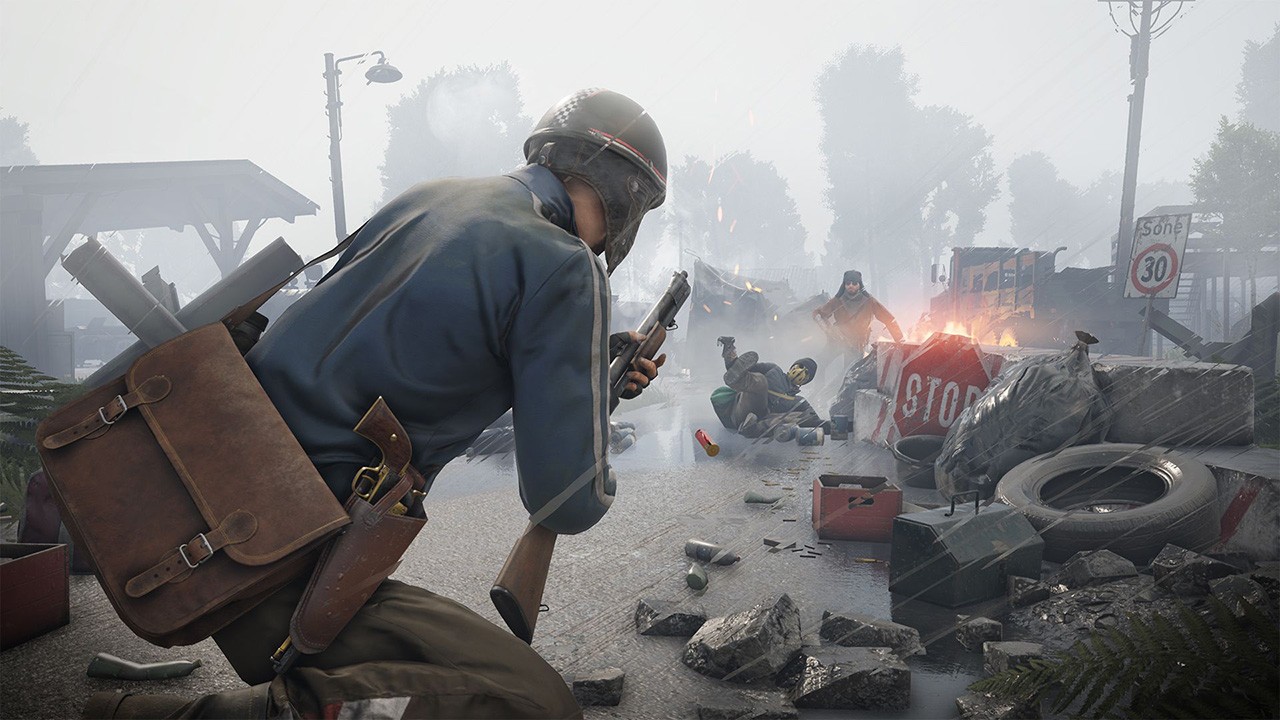 Vigor is a massively ambitious title for the Switch, and I have to say that I want this to do well as the idea, mechanics and… well, just about everything about this game on paper sound great, but in application, it doesn’t perform as it should.

Much like the witchcraft, no pun intended, that was The Witcher 3 on the Switch was insane. How do you get a game of that magnitude on to the Switch and pull it off? As a fan of the series, like most people, I purchased a second time on the Switch and was amazed at the feat, but the visuals weren’t great. There was this added blur (since updated and now working amazingly) that made it feel you were watching an analogue recording of a sequence. Well, that’s how Vigor looks.

In the opening, you get to choose from one of the half dozen or so character models. Each one looks fundamentally good, but the finish isn’t quite there, and you feel that the avatar in front of you has some filter on them. Get past that, and the actual model and landscapes are very good. They just aren’t polished on the Switch. The controls do feel good, but there’s a little bit of lag due to the online element. Wait: online? Let’s quickly summarise what Vigor is about before we get there. 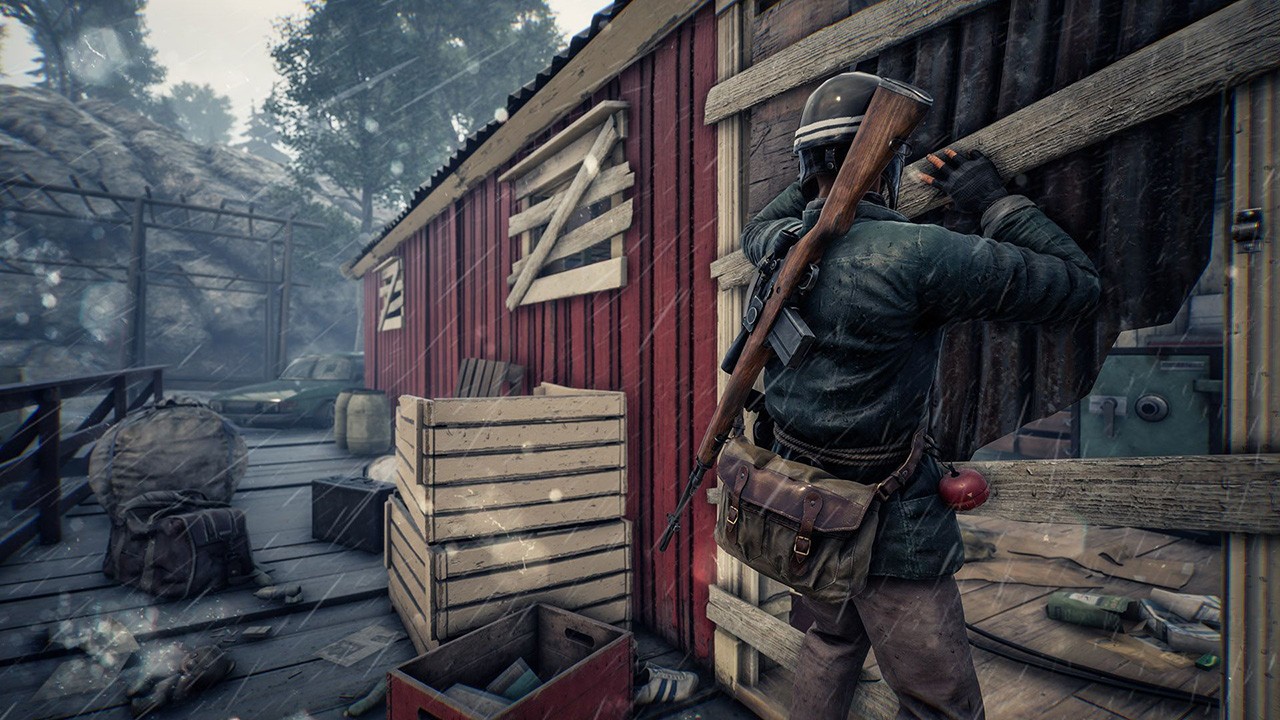 Waking in what transpires to be some nuclear conflict, your character has a crash course, literally, with the world around them, picking up a radio along the way where a third party is informing you what to do – the tutorial. It seems life has become a free-for-all, and as an outlander, you need to scavenge available resources to survive a pretty hostile environment. What that means is there will be various items to loot, including airdrops with numerous goodies to collect. Like a GTA Online event, you dash to obtain these drops as swiftly as possible before your peers; if you get there first, be prepared for conflict.

Told in a third-person perspective, you can switch between weapons, picking off enemies as you run for shelter, or cash in to get the new gear from a merchant such as clothing, weapons and survival items. In terms of concept, Vigor is a little like Fallout ’76 – don’t leave yet! You’re provided with a shelter, and your job is to upgrade it, craft items from materials and well, survive. While not a simulation of any sorts, Vigor is less arcade-like as you need to rely on stealth to stay clear of other players.

Battles aren’t drawn out, and you can expect to risk losing your gear if you go in gung-ho. The rewards are evenly split if you take the stealth approach of running in to steal loot and getting back to your shelter, or you can attempt to take out your neighbours, but it’s advised to have a decent weapon or at least take out insurance before you do the run. But, without a doubt, the most significant rewards come from the airdrops, and everyone knows that so expect resistance.

The online play side of things was quite tame as being an early look at the title; there were very few people online. From a reviewing perspective, this was good as I could explore the very decent terrains without fear of a bullet in my head, but equally, combat was quite rare with other players, though no doubt that will change as word gets out. 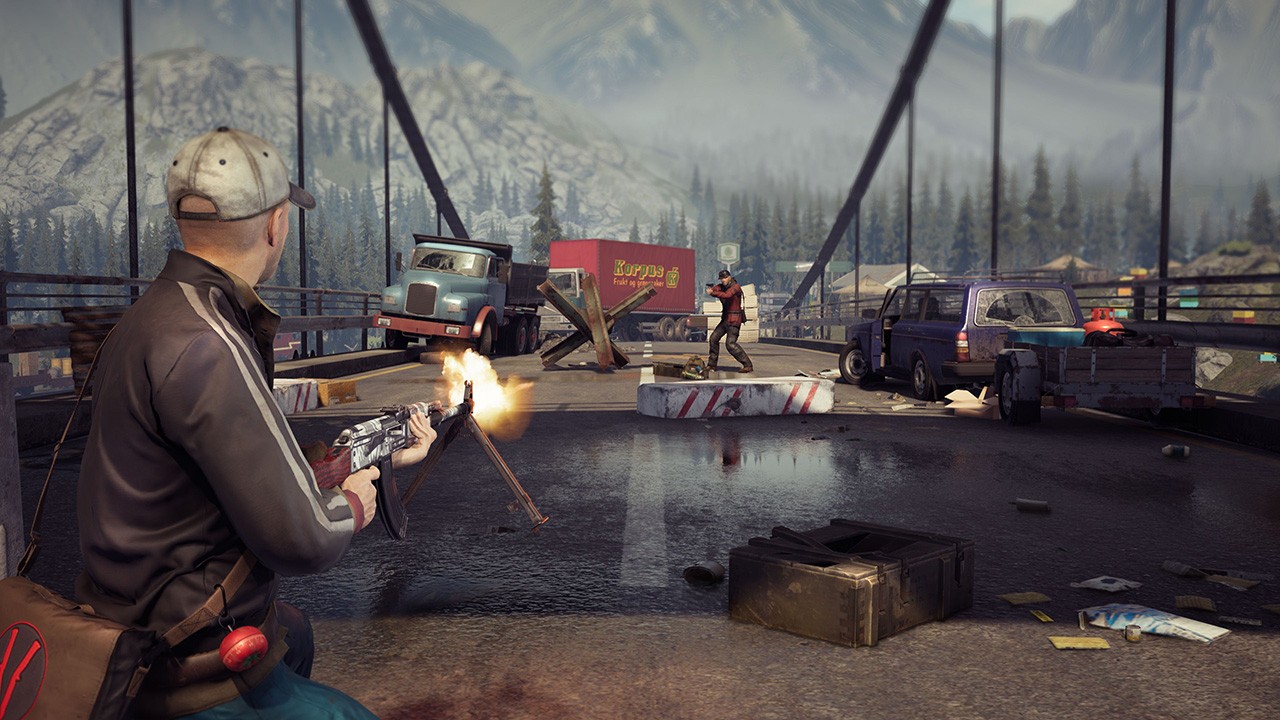 While not game-breaking, the issues with the game were mostly technical, but I have to stress that the version reviewed is a beta and no doubt there will be updates accordingly. When in the shelter experimenting with different load-outs, my character’s eyes were facing different ways and looked broken. No doubt this is a technical issue with the Switch’s capacity so makes me wonder what this will be like when there are another 15 players online at the same time. However, as mentioned earlier, a patch fixed The Witcher 3, so sure it could happen here in the future too.

Vigor is most certainly a big game. It’s challenging to be able to cover everything in a review, given that you could spend as much time here as you could with a game like Death Stranding if you enjoy walking simulators. That’s not to say that there’s so much variety in the game. Once you learn the maps, even though the loot will generate in different locations, you’ll have seen almost everything in the first couple of days of play. It’s the other players that will determine your experience of the game. You’ll get a handful of players too busy to go for the airdrops or those sub-human scum players who wait for you to do the work then snipe you last minute, that will be the core gameplay.

The added items, i.e. clothing and weapons, are a good edition and there’s a wealth of options to choose from, albeit, mostly cosmetic. There are a few micro-transactions in the game, but these are purely for the latter, and there’s an emphasis that these are optional and not required to enjoy the game or unlock specific missions. You see, Vigor is one of those free-to-play games, so there’s no reason not to give this a try – unless you’re the type who’ll spend an age grinding away to get the best loot and feared by other players.

There’s something about Vigor that feels incredibly low-budget but looking to break out as a triple-A title. It has the potential to do so, but with the technical limitations on the Switch, it might be better to play on another platform. If that doesn’t bother you, then Vigor is a vast game with plenty of hours to level up and experience this post-apocalyptic scenario.