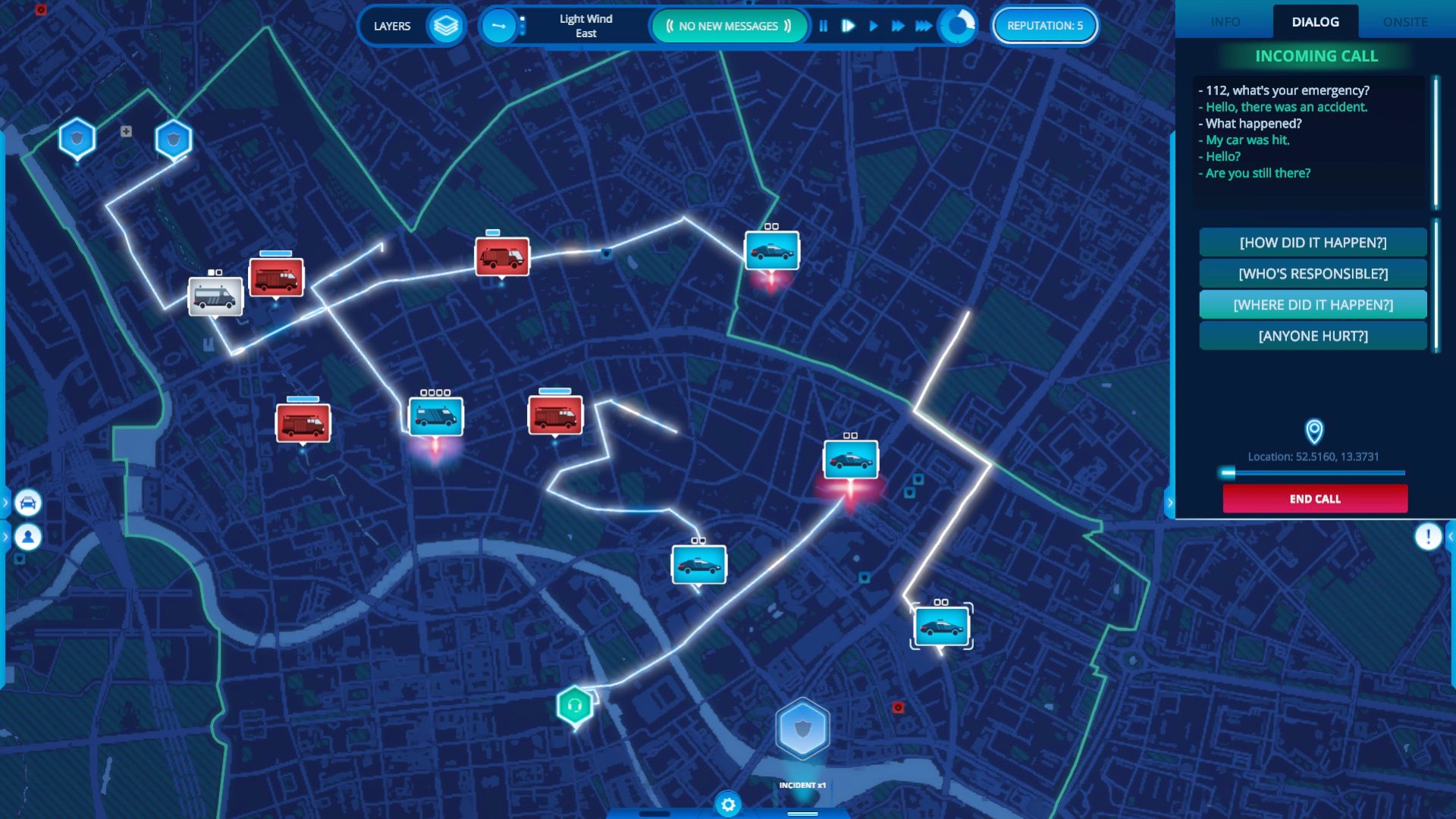 112 Operator is Jutsu Games’ second endeavour into the emergency services management scene. Back in 2017, Jutsu Game released 911 Operator which was pretty well received by players and it even got 3 different DLCs. Unfortunately, I have yet to play that, so this review will not provide any sort of comparison between the two.

If it wasn’t obvious, in this game you play as a 112 operator in one of many emergency centres located throughout Europe. You’ll be tasked with assigning the correct units to specific incidents throughout multiple cities in order to correctly solve them. Furthermore, you’ll also receive phone calls from people requiring assistance (fully voice-acted), and sometimes their situation might not be 100% clear, so you’ll have to use your better judgement to decide if it’s an actual emergency or not, and if so, what kind of unit you should send to help, firefighters, ambulance, the police, or multiple of these.

112 Operator is a single-player experience which offers two different ways in which you can play the game, you can play a total of 8 different campaigns in different European cities, or you can play in Free Game. Free Game mode lets you select whatever city you want, and the game will download the map of the area and give you an accurate map of that city that you chose to play in. Besides, you can also select where you want to start off on your career (Junior, Middle, Senior, or Principal), and also pick one out of multiple difficulty settings. 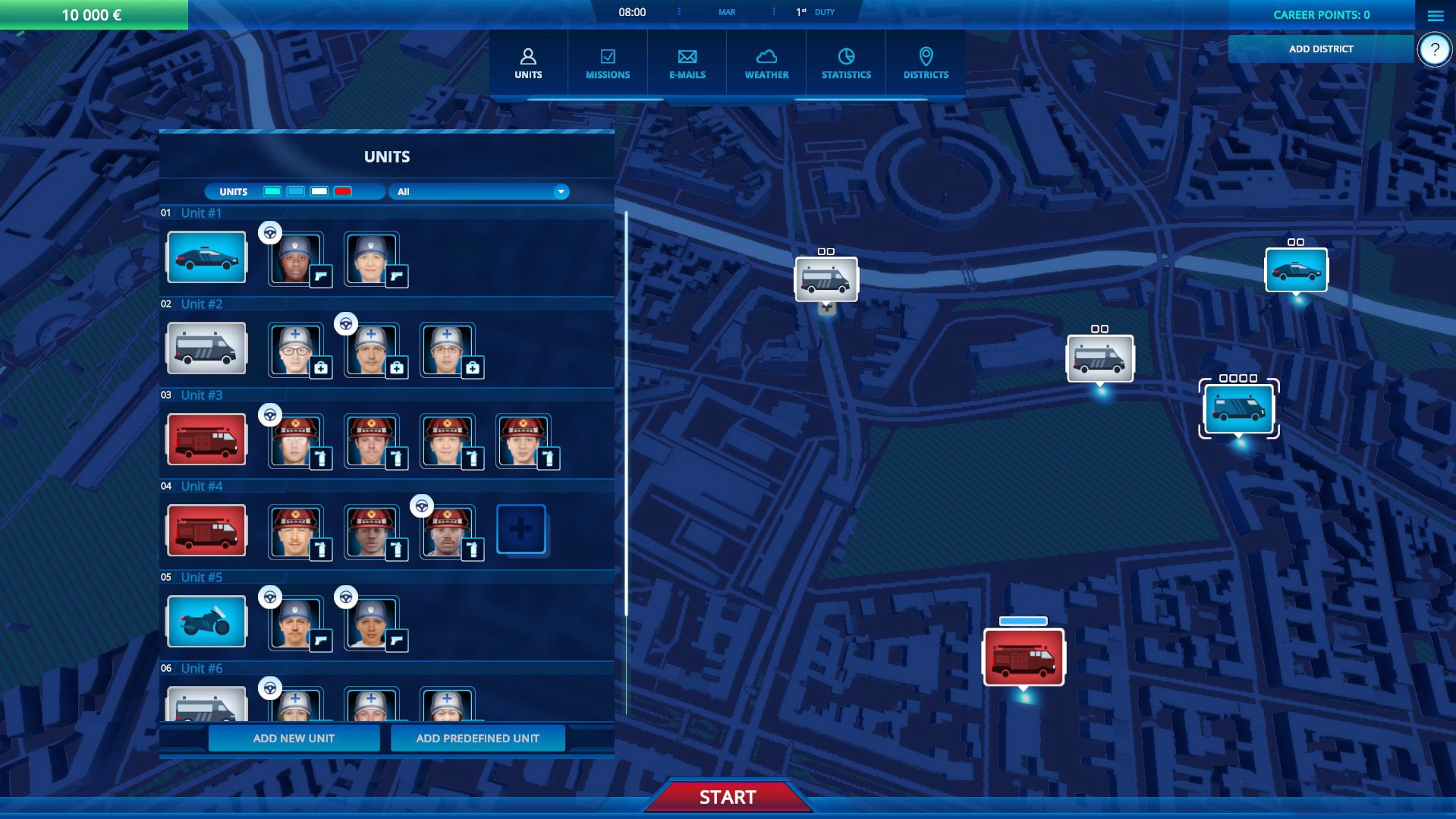 After spending a few hours in both modes, I can safely say that my favourite is definitely the campaigns. Sure, Free Game allows you to live the fantasy of playing on your own hometown, but each campaign has its own objective system and a series of emails and events that tell an actual story in one of the cities you chose to play in. This made me feel much more engaged and immersed in the game when compared to when I was playing the Free Game mode.

In any case, the gameplay in both modes remains the same, and from what I’ve gathered, 112 Operator doesn’t really introduce anything particularly groundbreaking that shakes up the core of the gameplay loop that’s present in both games. Before each shift starts, you can check your objectives, your email, as well as purchase new vehicles, hire new people for the different units (Police, Firefighters, and Paramedics), preferably people with better stats, like better drivers and better medics, and even purchase equipment like bullet-proof vests and heavy firefighter gear that will increase a unit’s efficiency when solving incidents. Also, as you play, units will level up and you’ll also get promoted, which will put you in charge of more city districts and give you access to new vehicles and equipment.

Most of your time will be spent on the clean and sleek city map, where you’ll be receiving multiple reports of incidents at all times, to which you must then respond accordingly by sending the most suitable unit to deal with each occurrence. While shifts start nice and slow, they quickly start derailing as you get bombarded with calls asking for help all over the city, and now, suddenly, you have to manage all your units and make sure they’re not spread too thin so that they make it to wherever they’re needed in time. The game is extremely immersive, and it’s quite a thrilling experience, as you keep hearing the radio chatter in the background, as units constantly struggle with whatever they encounter out there in the streets. 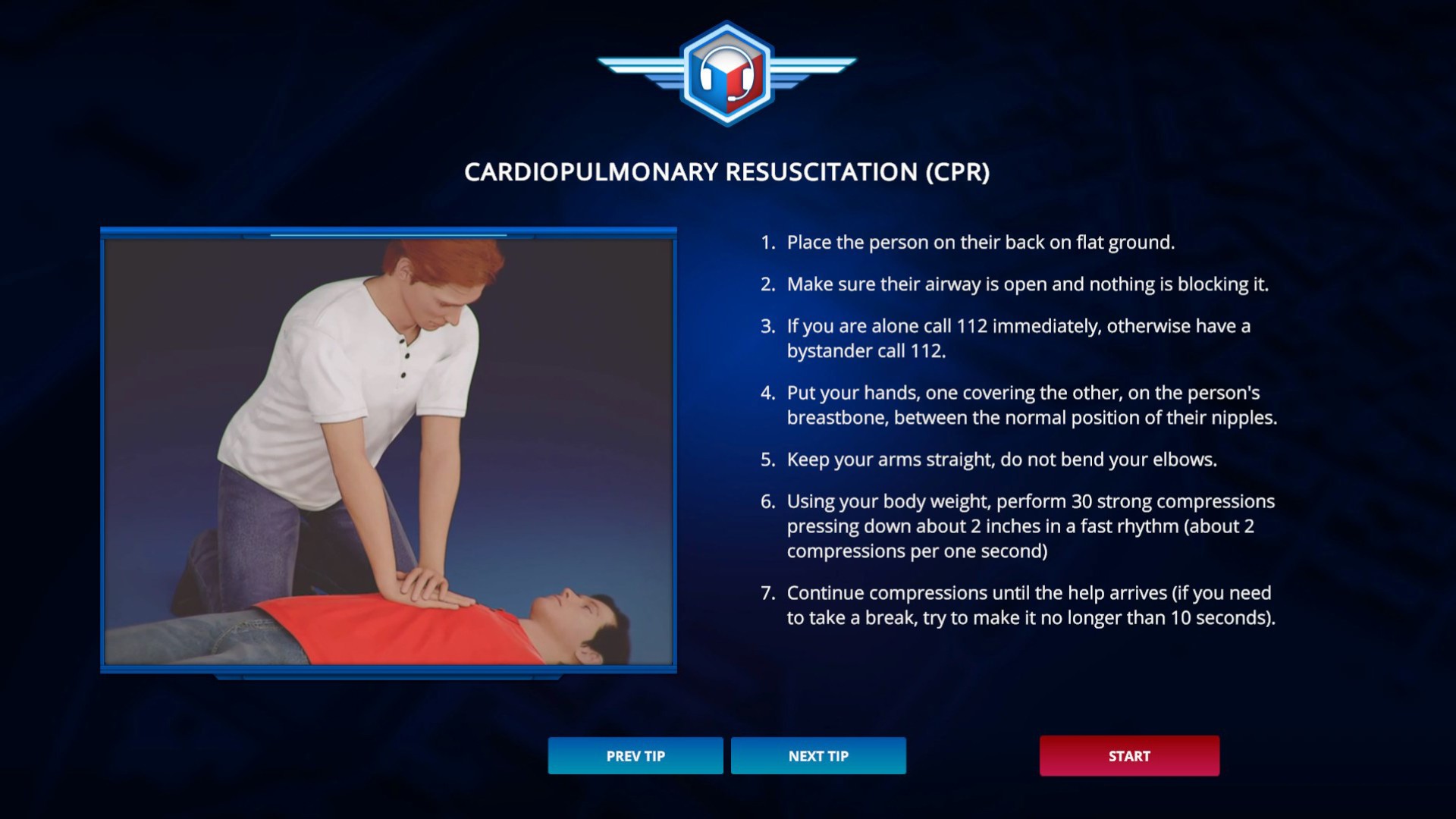 Even though there’s virtually almost a limitless number of different locations where you can play thanks to the Free Game mode, and while you progress through your career and unlock new city districts and keep on increasing the size of your fleet, the core gameplay of 112 Operator will always remain the same. There are some underlying stories in the campaign, and personally, the calls are the best part of the game as they add a very personal element to the experience, but the magic only lasts for so long.

With 112 Operator, Jutsu Games have set out to create a game that does its best to portray what the daily work of an actual emergency hotline operator looks like while making some sacrifices for the sake of keeping the game fun and engaging. This isn’t the sort of game for everyone, but it is one that I’d easily recommend to people that are interested in this topic or to people who are looking for something fresh because I honestly think there’s no other game like this out there. Overall, 112 Operator is a good game for what it is, but it’s not revolutionary in any way, shape, or form, and it has trouble in retaining the magic of those first couples of hours.