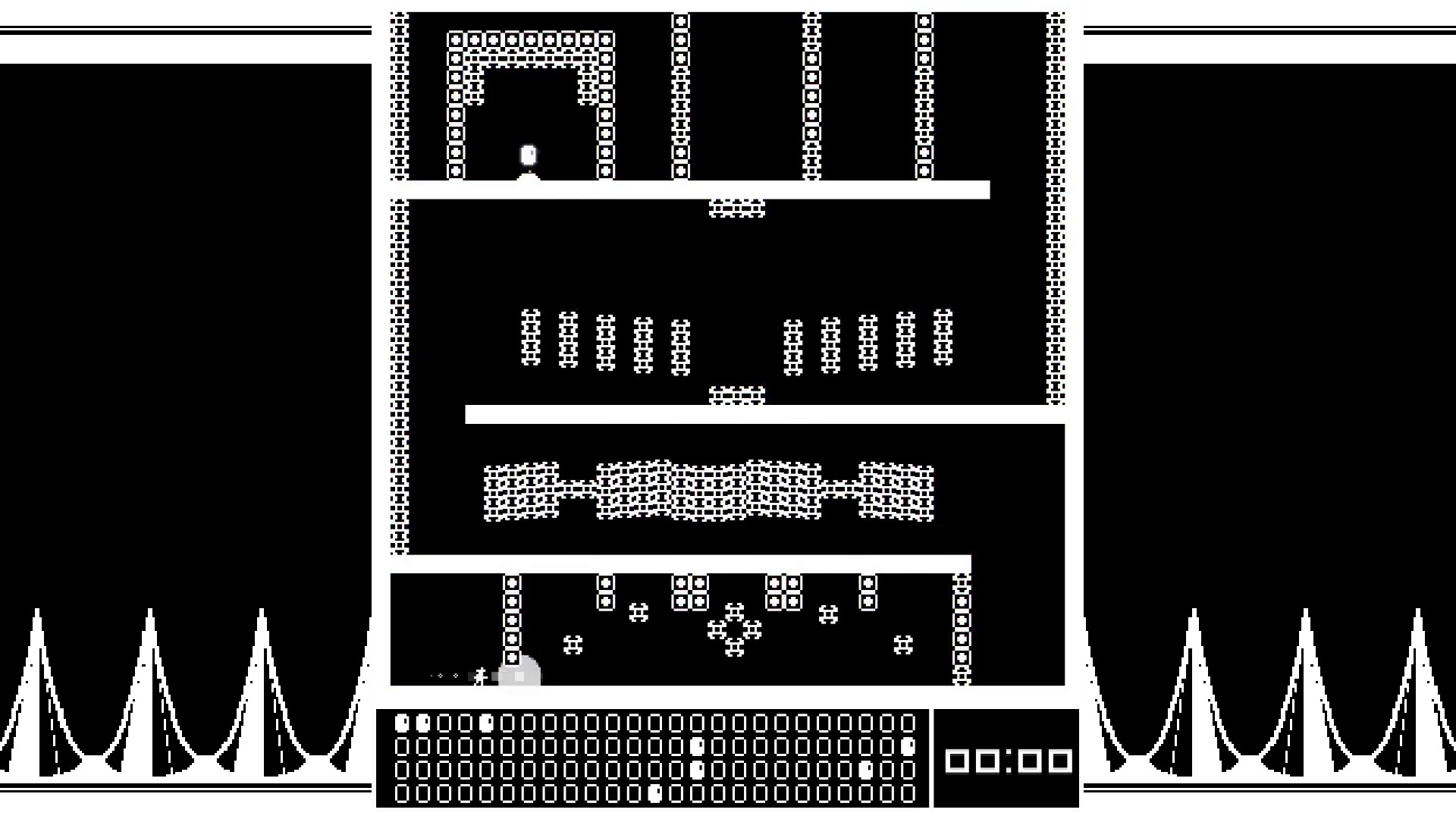 Every once in a while, it happens. Someone thinks outside of the box, but at the same time, adheres to the constraints of the past to create something familiar, yet new. I do admire these developers who look to the past to push things forward. That is what Zero Zero Zero Zero accomplishes. Now, the closest I can describe this game is similar to N+, except, instead of a ninja, you are a gunslinger, who, for lack of a better term has two objectives: reach a switch, and open a door. What I did not say is that they are simple objectives. You have to jump (sometimes double jump), shoot, and actually think about timing. There are 100 levels to traverse, meaning your game experience will vary, because you will not be playing the game the same way each time. I wouldn’t have it any other way… 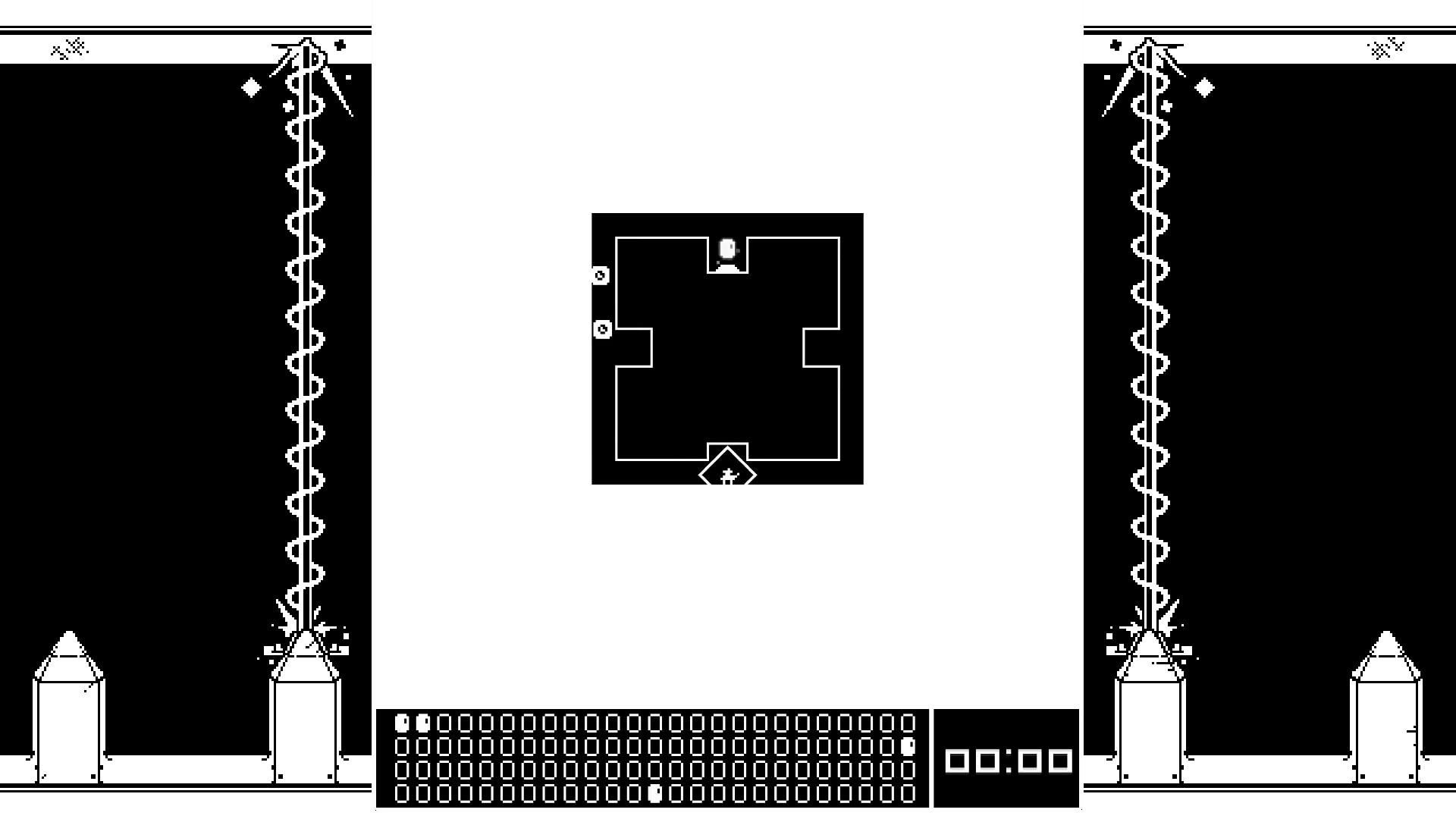 Let’s discuss the game a bit more, shall we? The playfield is a 1-bit, black and white platforming playground of peril, a retro paradise, and a bite sized journey that is just as much fun on your TV, as well as your favourite portable device, say your Vita (fortunately, getting this game on PS4 will grant you a copy for it, if you have one) or you can get it on Switch. You press (X) to jump and double jump (which you can only do once per jump, so be careful) and (O) to shoot, which you will need to shoot blocks and other obstacles to get to the switch and/or the door. There are all manner of things out to get you, lasers, robots/aliens(?), as well as environmental hazards, like trampolines (well, they could be a hazard…) spikey areas, such as floors, ceilings, and walls. You can jump pretty high, question is: should you? The non-spiked walls can be a problem for you as well because, unlike the similar protagonist ninja in N+, you cannot adhere to them, or wall jump. You can, however, time your jumping to get around. There are areas that significantly slow down, not only you, but the things out to get you, you still need to be a quick study to advance. Now, the description of the game does not mention this, but I think your hero is immortal, or “cursed” because you don’t die, but are transported instead to yet another challenging board, and, all the while, you are being timed. (which begs the question, if you are indeed immortal, why is the clock ticking? Why the urgency?) Truth be told, after I noticed it, I didn’t worry any more about it…though, mind you, I am not diminishing it’s relevance…I’m sure it’s there for a reason…

For the 1-bit graphics, however, the soundtrack, by Levi Bond, is both retro and kind of epic, it sounds like it spurs you on to get to the door, and I didn’t mind hearing it. So that, is a plus. because, as a musician myself, the sonic canvas is not a place to drag your fingernails across, and you have to consider your audience. I played games like this growing up, like Pitfall, which didn’t have music (until Pitfall 2, but I digress…) Music is as important to the game is having good controls (so you don’t damage your valuables in a rage), and a good story (if it even has one of those, in this case, it is all about survival, doors, and switches.) 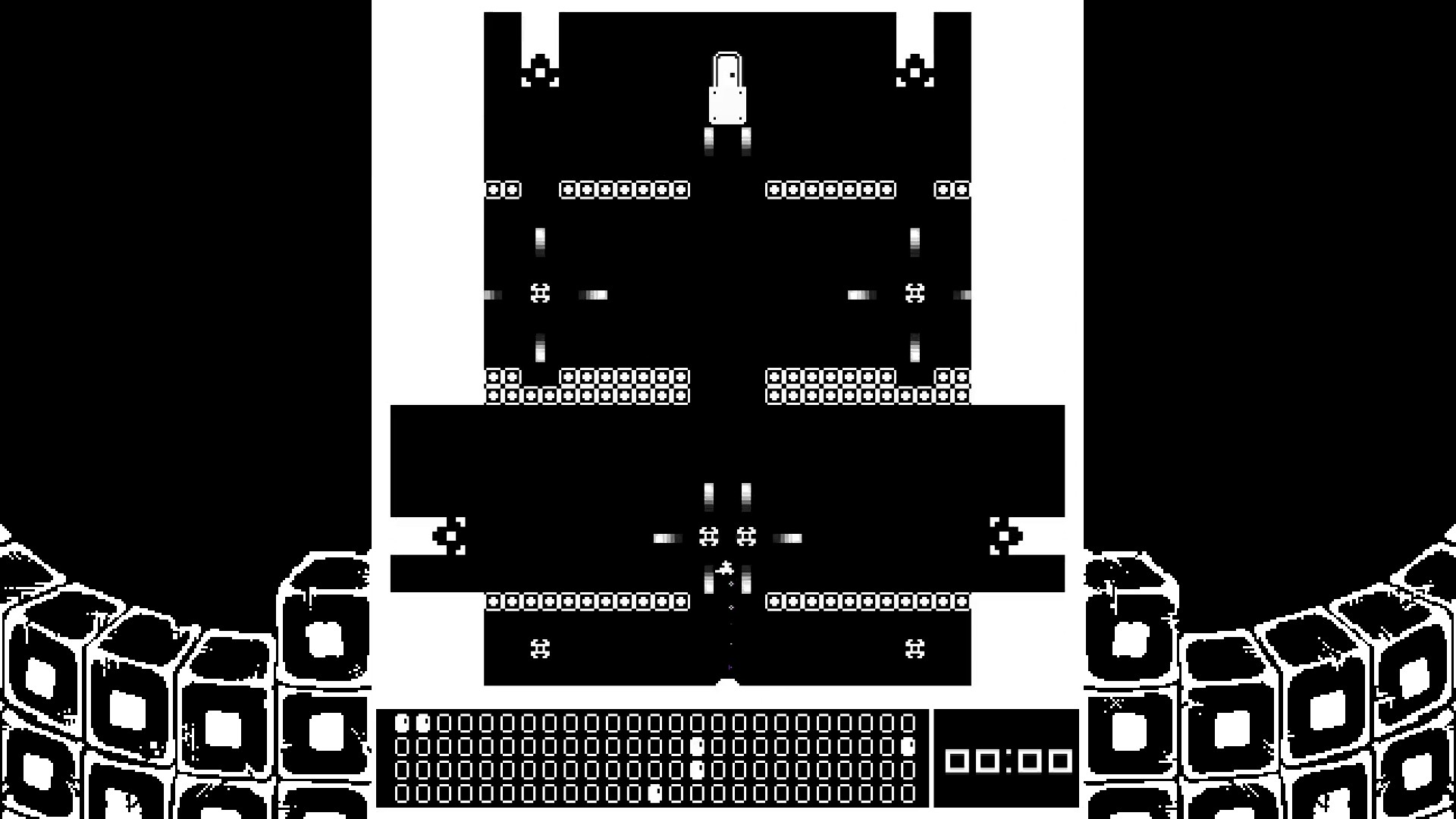 So…get this game? YES! it is a challenge, and an enjoyable one. Have I personally seen all 100 stages yet? No, but the game is fair and balanced, so I haven’t thrown my controller at mass velocity, so that’s saying something…guess I’ll keep trying…