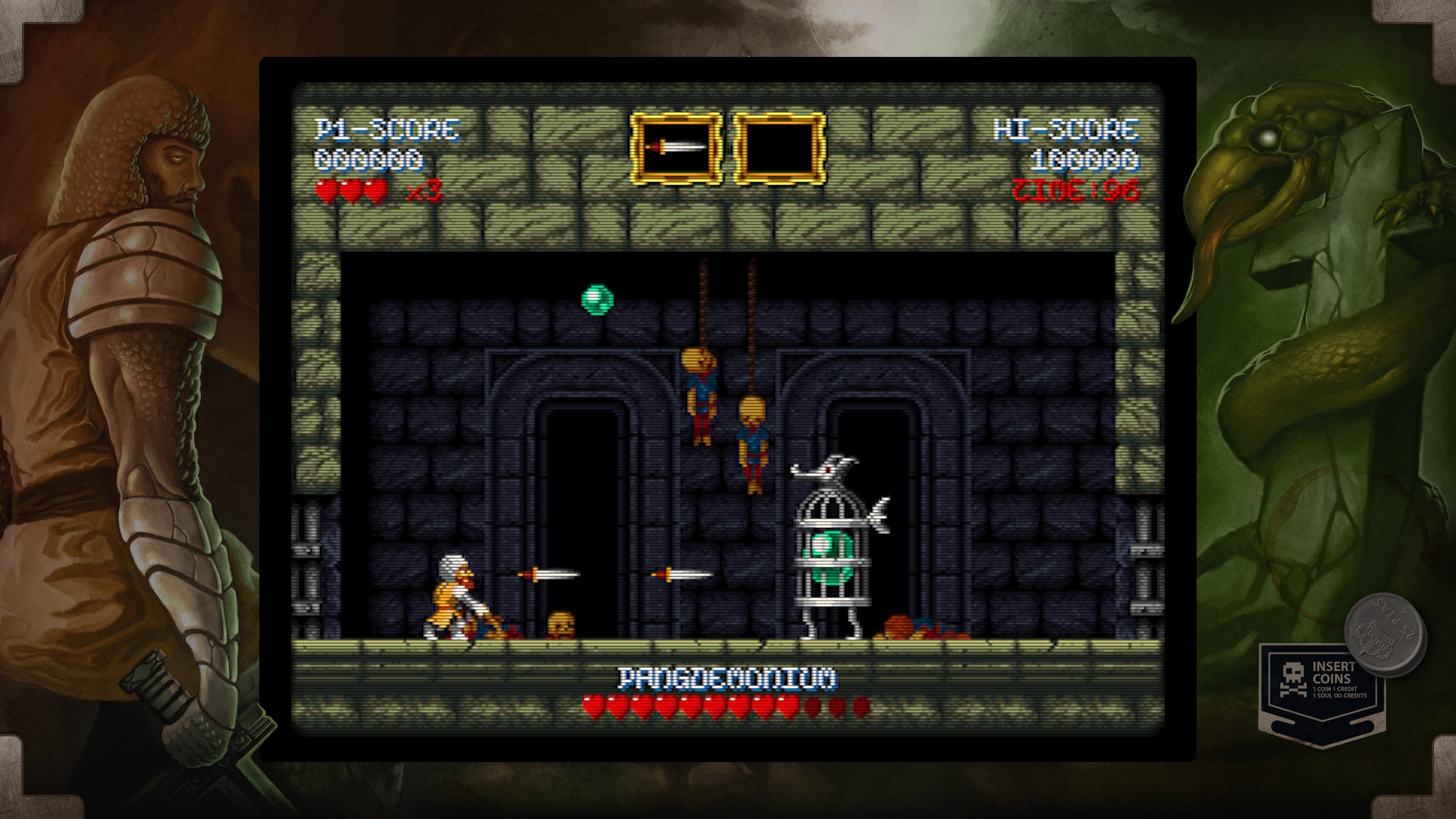 I’m just going to come right out and say this, Maldita Castilla Ex (Cursed Castilla) borrows so heavily from the Capcom classic ‘Ghouls ‘N’ Ghosts’ series it’s almost plagiarism. That is by no means an insult. I grew up playing games just like this, so to see such a fine example of old-school style gaming available on the current generation of consoles is an extremely welcome sight. Abylight studios have clearly put a lot of effort to ensure that everything about the game looks, feels and even sounds like something ripped straight out of an old Megadrive system. This game did such an amazing job of taking me back to my childhood days that after each session of playing it I was checking my pockets for POGs.

The story is simplistic beauty. A demon has turned the tears of a young witch into the key to unlocking evil in all of the land. You play as Don Ramiro, the king’s loyal knight in a quest to rid Tolomera of the evil plaguing the lands, using the cursed witches tears to end the nightmare for once and for all. Told through ‘cutscenes’ at the start or end of each level, it progresses as such a nice pace that you feel incredibly involved in the fate of your comrades and the kingdom as you play through. 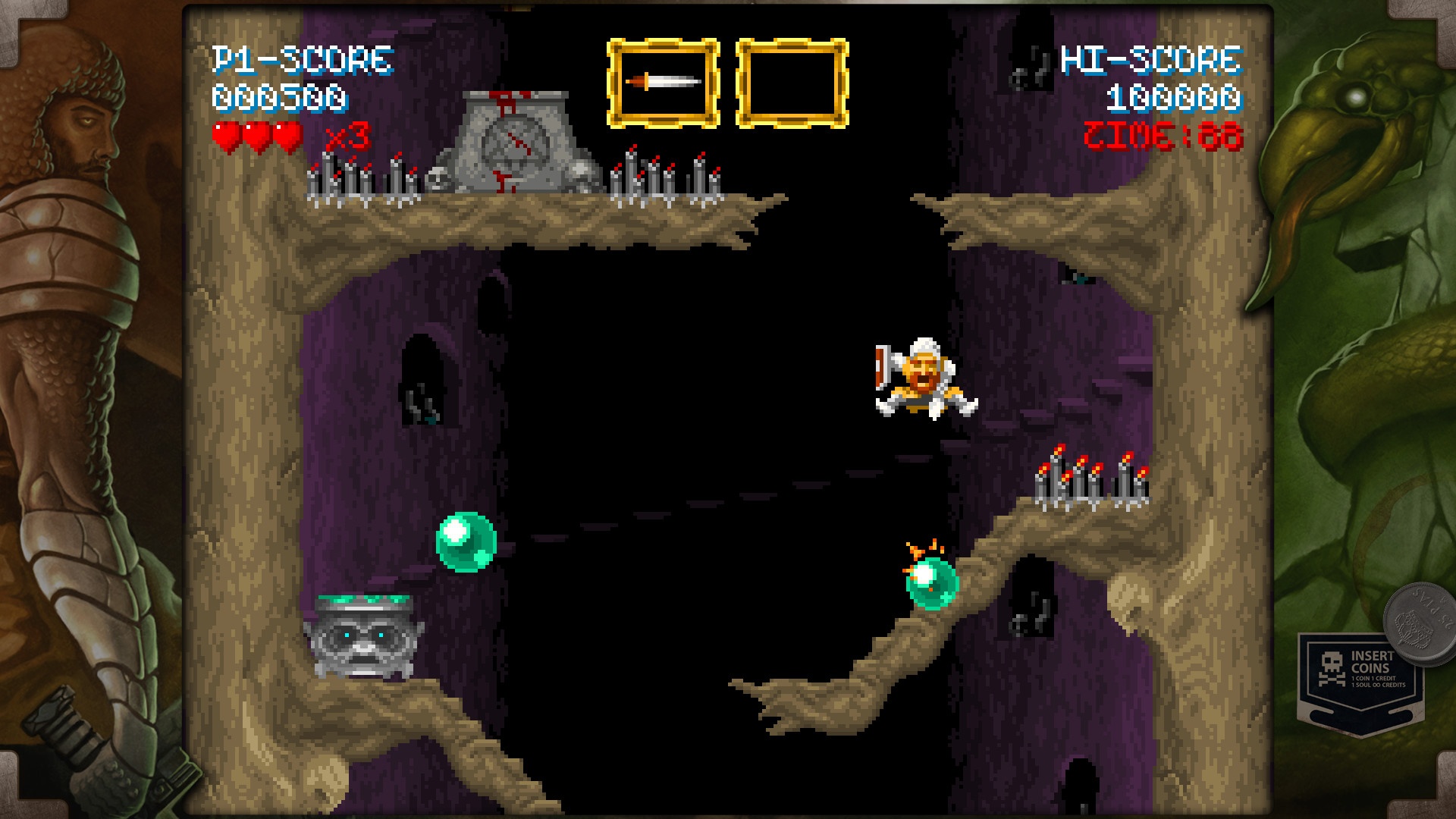 Anybody familiar with Ghouls ‘N’ Ghosts is going to know exactly what to expect as far as gameplay is involved, but for those who missed out, it’s a simple, side-scrolling platformer. You get a jump button and a shoot button, and that’s it. Three hearts at the top of the screen represent the player health, and dying takes you back to the start of the level. Chests dotted around the level contain jewels and gold for a score boost, but also (like it’s Capcom counterpart) random weapons and power-ups, which can really force you to change your play style due to their different properties. Thrown sickles will boomerang back to you, axes and bombs arc upwards before crashing down on your foes, and items such as the blue fairy (by far the handiest item to find) will provide you with a handy companion that will shoot an extra projectile when you fire. It’s pretty limited, but maybe that’s for the best as the random nature of the weapon drops mean that it’s impossible to predict what power-up you will receive and some of them, like the bomb, can be incredibly difficult to use properly compared to the forward firing projectiles.

The game really shines in the level and enemy design. Every single baddie you encounter has been lovingly animated in the pixelated, 8-bit format and feels incredibly familiar and fresh at the same time. Headless knights, zombies, fire bats, wyverns, demons, basically every single monster you have ever encountered in the games of yore is here in some form or another. The stages themselves are tinged with an intensely dark and sinister atmosphere. Rivers of blood, haunted forests, demonic towns and of course, cursed castles, all of the backdrops feature pixelated torment and horror that only seem more disturbing due to the 8-bit design. The game comes with an old-school filter that puts a bunch of noticeable scan-lines across the screen by default, which in my opinion only adds to the nostalgic charm, but this can be toggled on or off in the display menu. The sound design is absolutely incredible, as it’s all done, as you would expect, in that retro chiptune style that games of the era were forced to work with. It’s clear a lot of effort has gone into it, and despite the restrictions, is incredibly varied from stage to stage. It fits perfectly and immensely adds to the overall nostalgia Cursed Castilla creates for itself, all the while keeping in line with the nightmarish theme of the game. 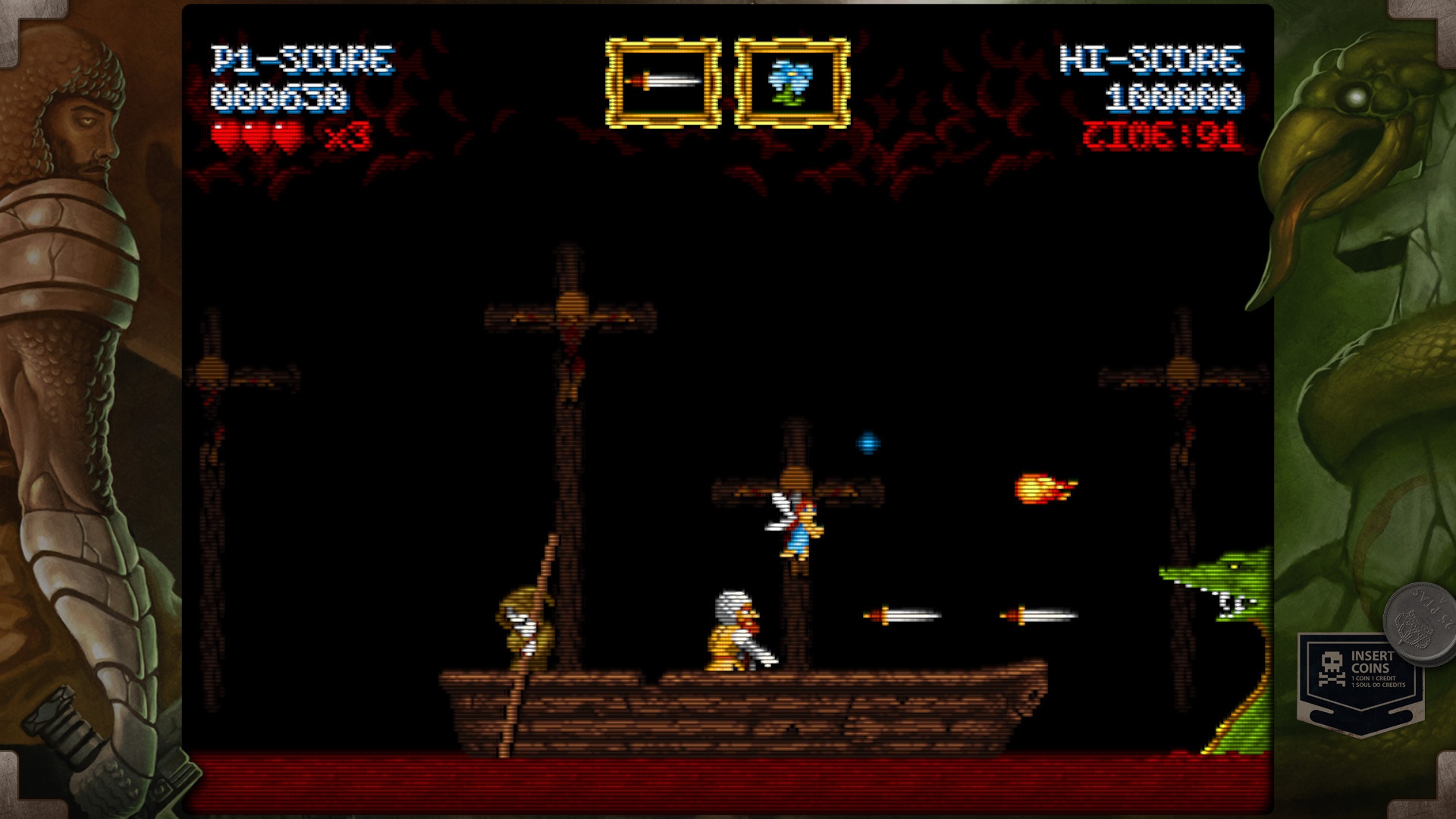 I honestly think this game is perfect, but I can see how younger gamers might not be as impressed as I am. Beside the retro look, it can also be incredibly punishing. Some of the bosses were incredibly difficult and took upwards of ten continues before I was able to learn the patterns and defeat them. Enemies would often knock me from platforms to my death, and some of the enemies (I’m looking at you, exploding skeletons) seemed ludicrously difficult when faced in numbers greater than one. Luckily, the game doesn’t adhere to the strict three-continues-and-back-to-the-start-of-the-whole-game-you-go policy of yesteryear, and turning off the game will thankfully save your progress to a degree. The replay value is gained from the fact that the ending you receive upon completion of the game is determined by how many continues you took to get there, and by the fact that by collecting the five hidden witches tears will actually give you access to the real final stage if you are lucky enough to find them. There are PS4 trophies for speed-running the entire game in under an hour, or completing it without using a continue for the purists, so there is a lot of bang for your buck if you want it.

Overall, Maldita Castilla Ex is an incredible blast from the past, and if Abylight studios carries on with titles like this, they are going to go extremely far in the gaming industry. Top shelf stuff.