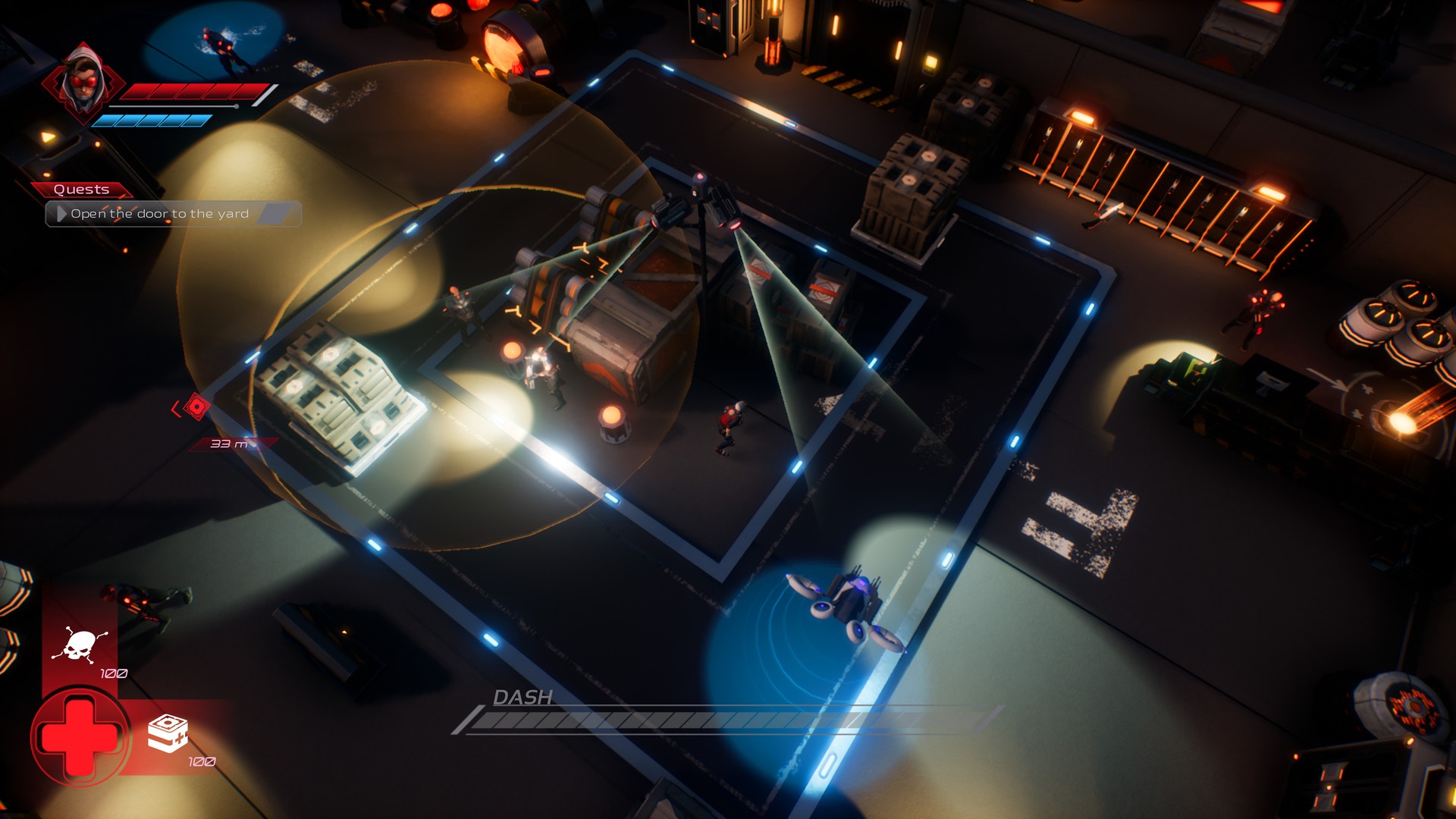 The key to the future lies in the past. No memories. You don’t remember who you are or what you’re doing. All that is known is there are people after you and in this situation, it’s adapt or die.The choices that are made next will determine the rest of the narrative of your story.

Enter Quantum Replica: a love letter to all things cyberpunk The atmosphere of the game invoked a lot of influence from great titles such as Blade Runner, The 5th Element, Netflix’s show, Altered Carbon, and many more. The game immerses you in that gritty, dystopian future where you’re against the odds and an overwhelming government agency is keeping everything on lock down to control the population.

Take control of Alpha, a young teenager that is thrown in the midst of a war between the factions of the Syndicate and Allthus’ group. Allthus is your contact throughout the game, guiding you to resource points and giving you instructions on additional abilities you can acquire through each area.

Alpha isn’t looking to be some hero for the resistance group, but needs answers. Out of circumstances beyond his own control, he agrees to help out Allthus (pronounced Altus) and get to the bottom of who the Syndicate is and why they are hunting him down. The narrative of this story is threaded with an elaborate and vivid cyberpunk dystopia, enticing players to unravel the mystery to see how Alpha grows from the plucky teenager from nothing, to someone who seeks his past to fight for his future. 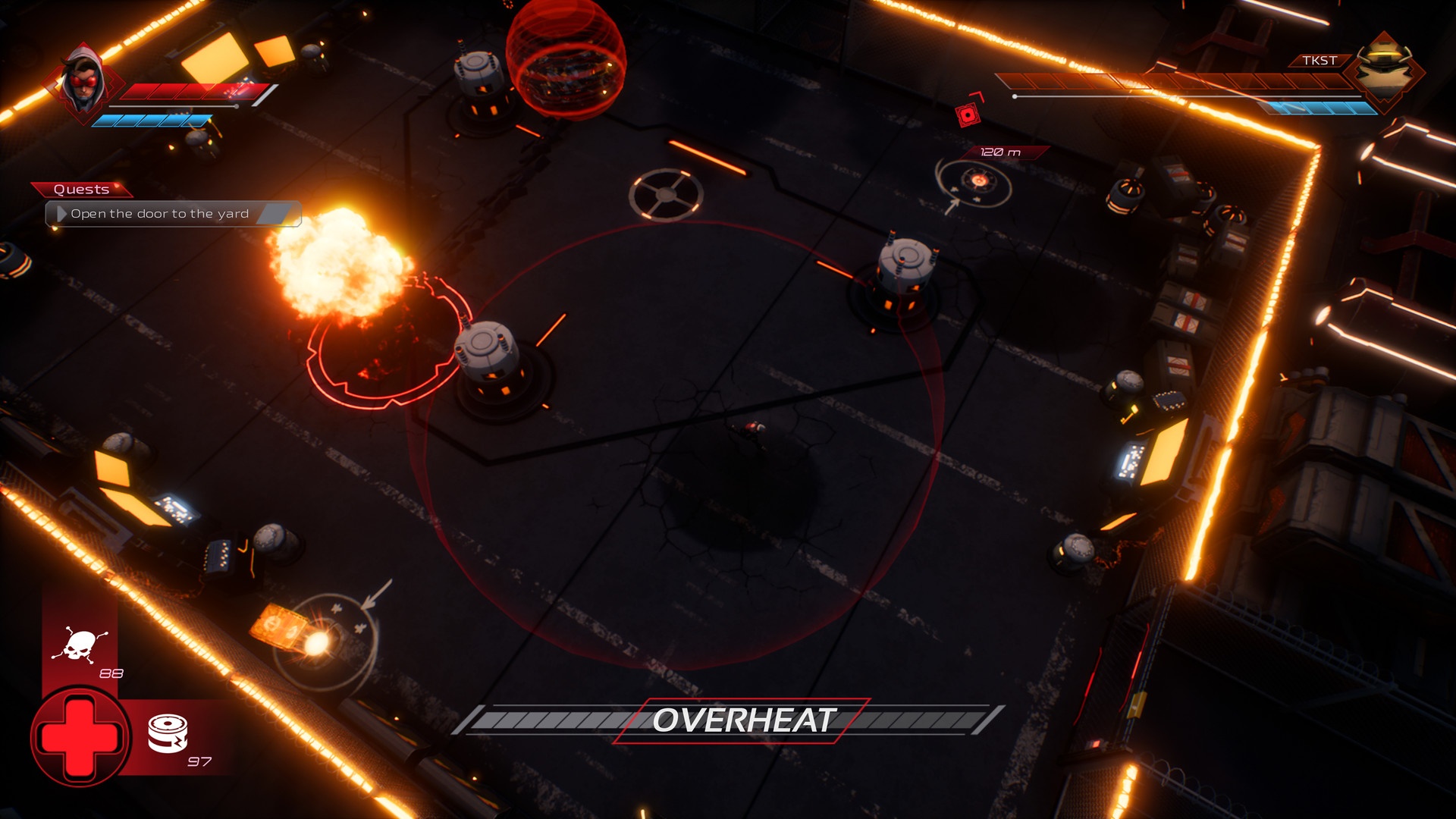 The first thing that immediately caught my eye about this game is the graphics. I think the developers did a wonderful job immersing us with a dark and gritty future, accenting each area with neon influence as well as that constant threat of the overpowered Syndicate organization. The little details, such as the neon signs with distinct business names, neon streaks accenting each street railing or light made each area pop. This iconic design made me take more time exploring the area because I absolutely enjoyed how they crafted the environment.

The next thing that caught my attention was the music. The music has an electronic, yet somber beat to it. It paces well with the course of action and the tempo changes immediately when Alpha is discovered by a Syndicate guard and they all turn and shoot at him.

Aside from the music and visuals, game play is something that I was honestly surprised about. I was expecting this to be just another action shooter, picking up power ups along the way and dispatching enemies along the way. I couldn’t be more wrong. Quantum Replica appeared from out of the shadows with its stealth action game play, giving me the choice of a lethal, non-lethal or distraction course of action, and topped it all off with a variety of time-based power ups that kept the game play fresh. One example of these powers is the DASH ability. Allthus explains the power to alter the time and space continuum, but in reality it’s an additional element that prevents combat from getting stale.

Combat was a highlight of the game. Alpha is tasked with either avoiding or quickly dispatching Syndicate guards. His options include using a non lethal round, stunning the guard and allowing you to drag the body to a different area to not alarm any additional guards. Or you can go the lethal route and either shoot them or sneak up behind them and choke them out. This was a unique element to Quantum Replica and is also one of its strongest elements. 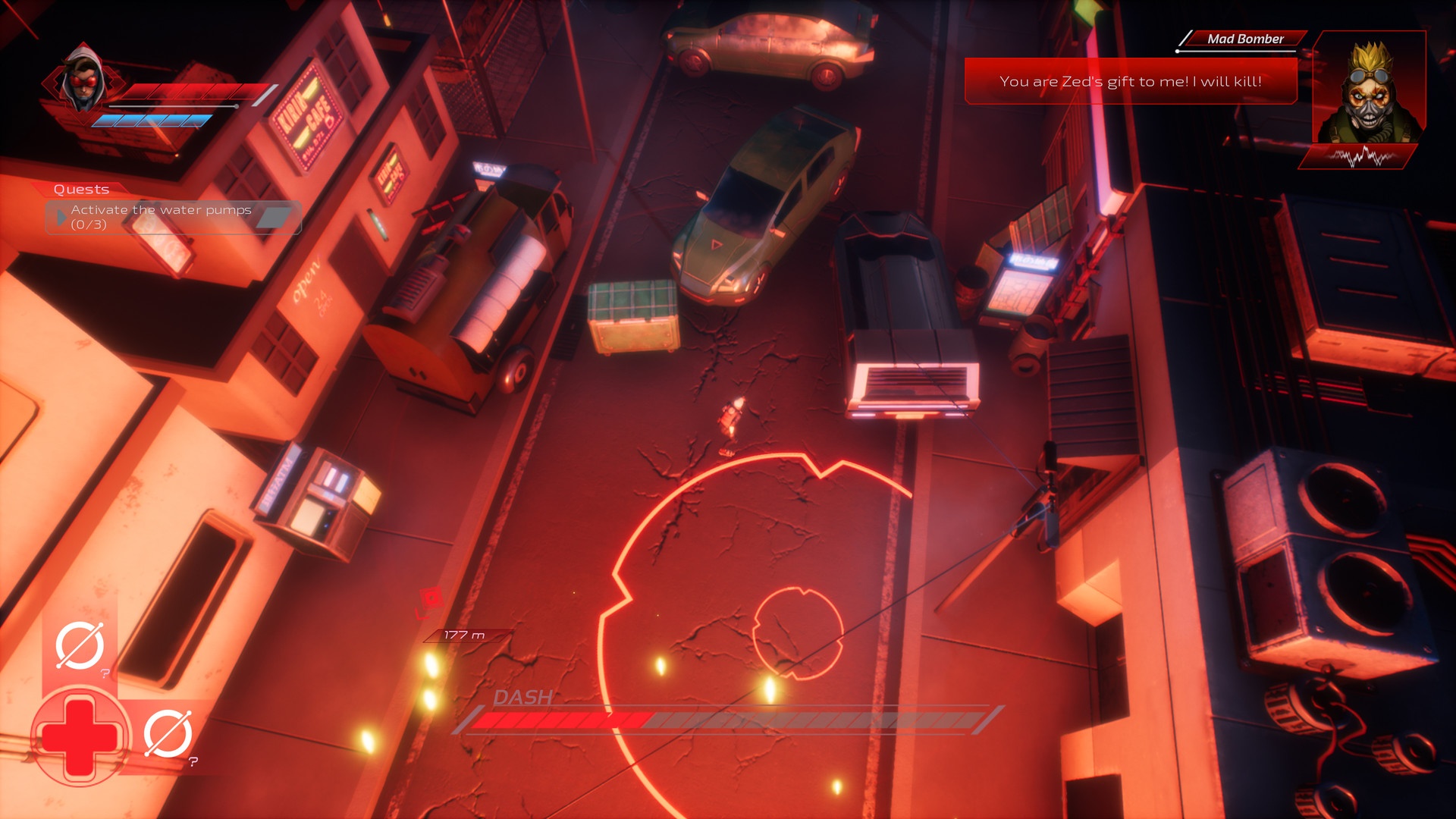 Getting lost in Quantum Replica’s world did bring the ugly drawbacks to the surface. The first thing that irked me was the learning curve on using abilities. Earlier in the game, Alpha is granted the DASH ability to use to traverse against deteriorating surfaces. I had to go through the area several times to sync up my dash commands just right, or I would end up dead and having the reload the last checkpoint. I understand the game challenges players to use basic platformer game logic to conquer these puzzles, but for progressing through the game, it was a minor nuisance.

The other thing that held down Quantum Replica from greatness is a debatable camera control. With the mouse and keyboard option, you control the camera of movement by moving your mouse in the direction you want. With the controller, you move the left thumb stick to coordinate the position you want to look over with Alpha. This control scheme is questionable as it can distract players from focusing in on conquering each objective, but over time you can adjust to it with trial and error.

Overall, Quantum Replica is a unique interpretation of the cyberpunk genre. The world immerses players deep enough to care about following the story. Though the story line isn’t anything surprising to the genre, there are enough supporting elements to keep Quantum Replica from being mediocre. There are several things that make Quantum Replica a unique tale, but at the 15.99 price tag, it can be intimidating to pick up right off the bat. I’d recommend waiting for a holiday sale when it drops if you want to check out the game.