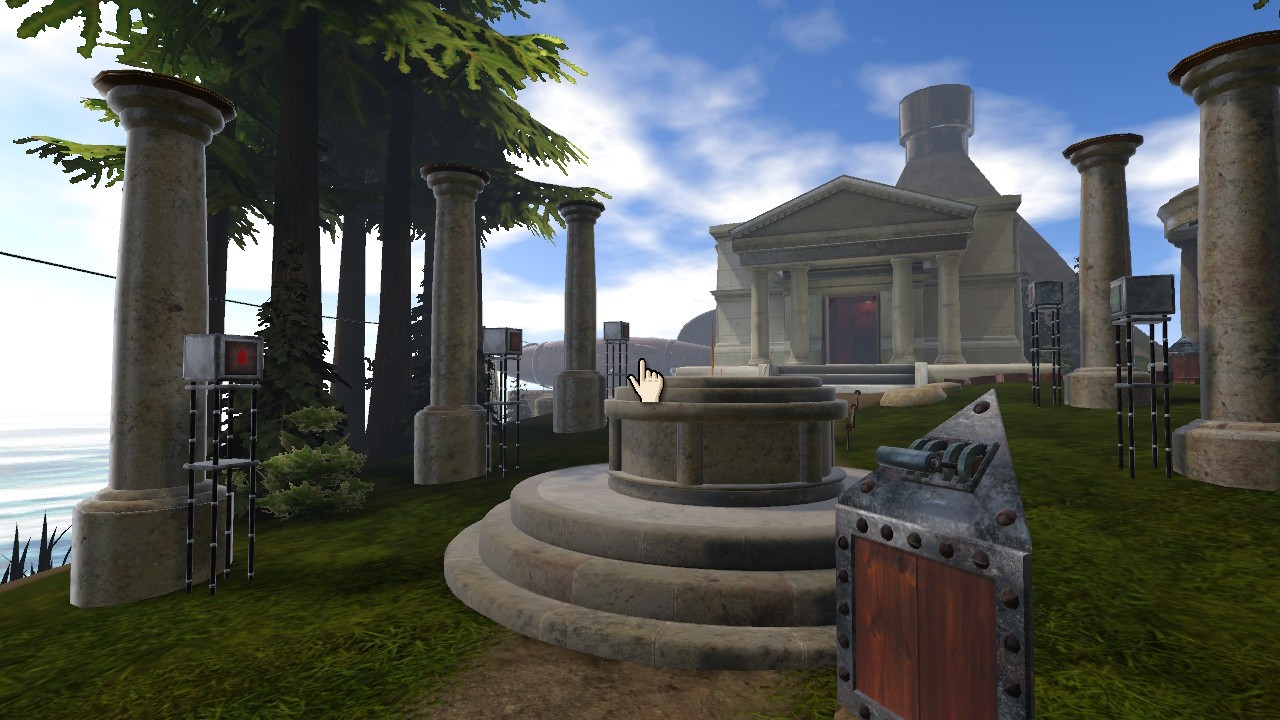 In the history of video games and gaming milestones, the landmark of MYST is one that’s hard to overlook, but often difficult to understand in today’s day and age. MYST was a game that transcended PC gaming at a time where the divide was getting strange. The point and click world was actually accelerating with LucasArts having some of their biggest titles on the horizon, first person shooters had just awoken in a big way, and not everyone had a home computer just yet, as the intoxicating design of Windows 95 was still just a murmured promise amongst the 3.1 group. Yet here was this game that was released first on Mac OS (back in OS 7 days!), then later ported to Windows, and anyone who had a mouse would play this game. It was intriguing, visually stunning, and unimaginably complex and story driven for a piece of software. This was when most people were still using BBSes to connect online and exchange information, so you couldn’t easily find a walkthrough: people just traded hints and discoveries one dialup post at a time. It was a phenomena, a gorgeous explosion of exploration and mystery, and I honestly think it’s one of the most perfect games of the era.

realMYST: Masterpiece Edition is a remastered, reimagining of that iconic game, and was published under the original flag of the first design house, Cyan Worlds, which essentially gives a full blessing to the game. To explain the story of MYST is to destroy one of the very notions and key elements of enjoyment of the game, yet realMYST sort of does it right from the very beginning. While the first game drops you onto the primary island with no preamble whatsoever, realMYST has the player watch a small cutscene over the credits in which an unknown (at the time) narrator seems to think aloud about the fate of his books and what would happen if someone got them. This is precisely what happened to you, dear player: you got the MYST book and have fallen into it, and what happens next is entirely up to you. Over the course of several hours, you’ll be able to learn the full story of Atrus and his sons, of the different Ages and what they mean, and of  how to achieve the various endings that are possible. Yes, despite the base game being more than two decades old, MYST originally had multiple endings, and realMYST is no exception. Additionally, realMYST has the additional Age added in the Masterpiece Edition (a 2000 remaster) which could be interesting for players to explore. 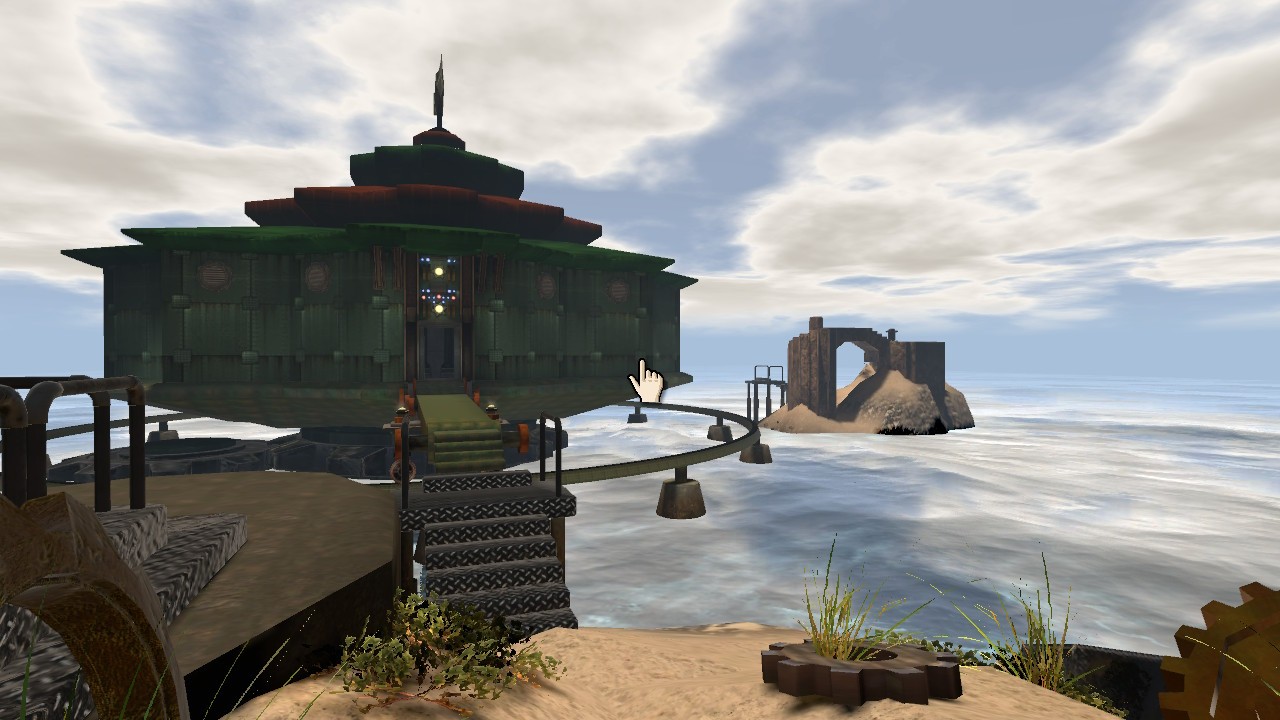 So what exactly is MYST, and what is realMYST? The game is what would today be considered a combination of a walking simulator with a puzzler, sort of like a very story driven version of The Witness. Players need to take almost no cues whatsoever and go forth to discover things on the island on which they’ve landed and figure out what needs to happen next. Through trial and error, you find out how different parts of the island and the different Ages (almost like time travel biomes) affect one another, and how an event in one part of the island can change another. Yet what’s very interesting, especially considering today’s age of hand holding and tutorials, is that you might not see any effect from what you do on the island initially. There are switches, levers, handles and buttons that seemingly do nothing when pressed, but might have a huge effect somewhere, at some point, if done in sequence or correctly. You can only figure out what those effects are through trial and error, through careful, metered progression and taking notes. In the process of putting together what needs to be done, you also unravel the plot, told through mostly reading and, in some real throwback moments, video clips that were originally captured decades ago.

Straight up, the puzzles of realMYST can be absolutely daunting if you aren’t meticulous and patient, and if you are dead set to play without outside assistance. And I don’t mean just finding an FAQ online or something like that: I mean taking notes with a pencil and paper. There are so many things that need to be discovered and carefully remembered, and small details in the back story about flora, fauna, musical notes and seemingly unimportant numerical sequences become paramount with very little indication. MYST was a title that didn’t want to rush players along, and they succeeded by both crafting an unhurried world and by making unlockable details in the game, ones that required serious thought and dedication. If there was any pressure or timer or consequence to getting things done in a good amount of time, realMYST would be dreadfully unfair and unfun, so it’s a relief to see that there is no limit on how long it’ll take to generate power, to toggle buttons on opposite ends of the island, to access towers in the middle of the ocean or spot the correct location through a telescope. There’s time to be sunk here, and your patience can make it rewarding as much as simply finding the answers online.

realMYST seeks to improve on the original game in multiple facets, each with varying degrees of success. The first is that realMYST is untethered from the constraints of the original. While MYST was a series of static frames that you could navigate room-by-room in a stock motion, frozen system, realMYST allows for full, first person, exploration and walking, with so many events and ideas happening in real time. There’s entire weather systems that now exist and can be fully taken in, and there’s a lot more effort put in with shading, lighting and general shaping. It’s clear that there was a clear mission statement of beautifying the already illustrious game into something even greater, and Nintendo Switch players are lucky that they get the final result of it all. The game has been optimized, polished, cleaned up and totally focused to be a grand tour of a time, with realMYST: Masterpiece Edition having none of the bugs or stuttering problems of the original realMYST (which is twenty years old in its own right). Additionally, for most players of the current generation, the concept of a game being so stocky and almost lifeless could be quite off putting, whereas the interactive, constant livelihood of realMYST does bring you closer to not only a more realistic interaction, but also a more familiar one.  It does, sadly, stir up my FPS nausea after a bit of playing, but it’s forgivable as long as I played in bite sized pieces. 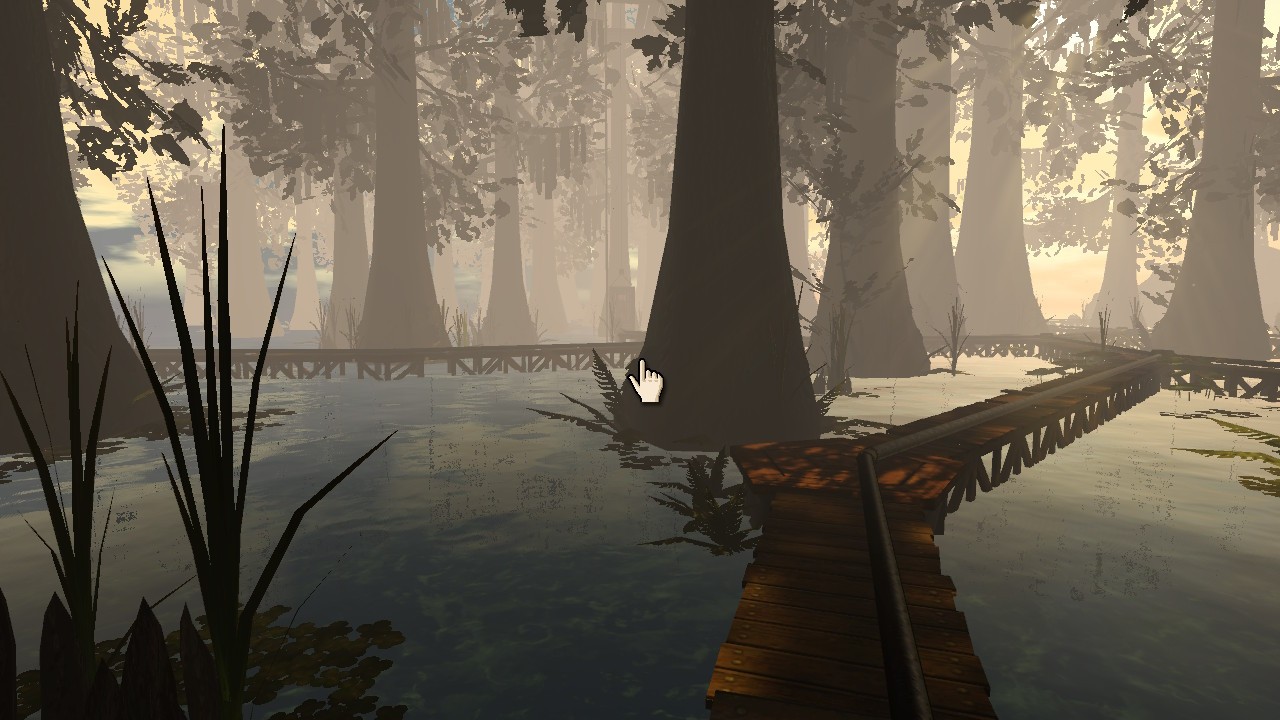 There’s so much of realMYST that keeps the core basis alive that most of my grievances with the game are simple to overlook. For example, I think that realMYST is too easy compared to the original: there’s literally a complete help menu within the game so that you can chart and check out hints at any point. But before I get curmudgeonly about how games have changed and kids today have it too easy, I have to remember it took literal months for me to beat MYST the first time, because I kept walking away from the game in frustration, having no friends who were playing it at the time (since we were all in elementary school and what sane child was playing PC puzzle games), and no one else to consult with. I had to ask my uncle, who did have the Internet, to look up solutions and answers for me. realMYST takes out that problem and gives the player guidelines and offers without popping up with help bubbles every six seconds. Additionally, as much as I miss the static screens, I know, in my heart, that this looks and feels better, though I wonder if it would have been as much of a splash if MYST had just been released seven years later starting in an FP motif. Doubtful, but here we are. Still, as a result, I feel like the player is more easily distracted by venturing off the beaten path and carving your own way ahead. It’s cool, but it potentially could create more frustration when you can wander into areas that are neat to see but have almost nothing to offer in terms of getting the game moving forward. At least the atmosphere and presentation of the game remain the same: realMYST is still soothing, relaxing, a pleasant jaunt towards the next big thing with nothing to hurry you along in terms of timers, points, combative NPCs or otherwise.

In the scope of the world, realMYST: Masterpiece Edition might have arrived at exactly the right time. If you’re impatient and just want to see the ending, you can clear the game in under seven hours, maybe fewer if you have guides open and at the ready, but that’s not what MYST, nor realMYST was about. It’s storytelling and a unique, singular perspective on how to craft a world and redefine gaming, and the irony is not lost that realMYST effectively brings the game back to a play style that’s more utilized today than ever before. Still, why not take a break from the news, from the world at large and from the pressures of what is to come? Call into this game, nearly literally, and allow yourself to get swept up in one of the modern masterpieces of gaming. It’s not exactly how I remembered it, but maybe that’s because we cannot trust memories, and we all will take something different away from realMYST.

One of the great classics in PC gaming comes to the Switch in an updated, fully controlled reimagining.