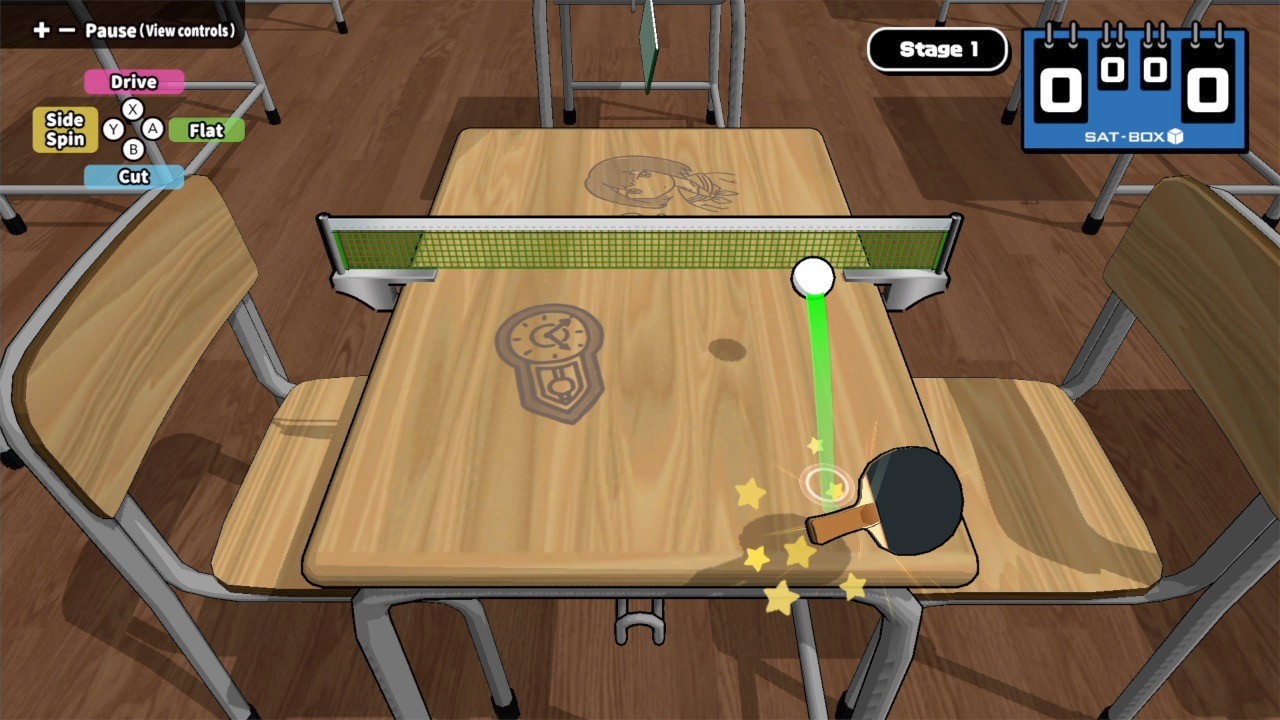 How many games do you know that have been choosing the table tennis approach on Nintendo Switch nowadays? Ok, the console does have Mario Tennis Aces, but it doesn’t count because, obviously, the table actually doesn’t exist. Oh, so you’re going to tell me 1-2 Switch? Nah, do yourself a favor and forget that.

Basically, there’s no modern games that are table tennis themed. Maybe you miss your old Nintendo Wii – assuming you were a Nintendo fan -, where we had a good amount of sport titles that did a really good job at that age. And I remember that table tennis was one of the coolest modalities in extremely known games like Wii Sports Resort, and everything became much cooler because of the motion controls. Ok, so how can we deal with this genre in the last-gen consoles?

Got to say: table tennis probably is one of the hardest games to play in real life – at least for me. It requires too much reflexes, speed and motor coordination. Well, that’s why I’ve always prefered virtual sports, because here is where my skills are truly recognizable – thank you, virtual exercises!

Desktop Table Tennis is a very straightforward game, where the world is your table and obstacles are your friends. There are 3 real modes of gameplay: knockout competition, friendly match (1-4 players) and tournament. Good thing the game supports the horizontal joycon modes, so no worries due to the lack of controls available at home. However, pro controllers are not supported.

The knockout competition is a single player game mode where you can “fight” in more than 90 bizarre stages, take advantage of objects on table and earn some money to buy extra stuff. Tournament mode is the fight to the top with one player being eliminated each round until the winner is declared. 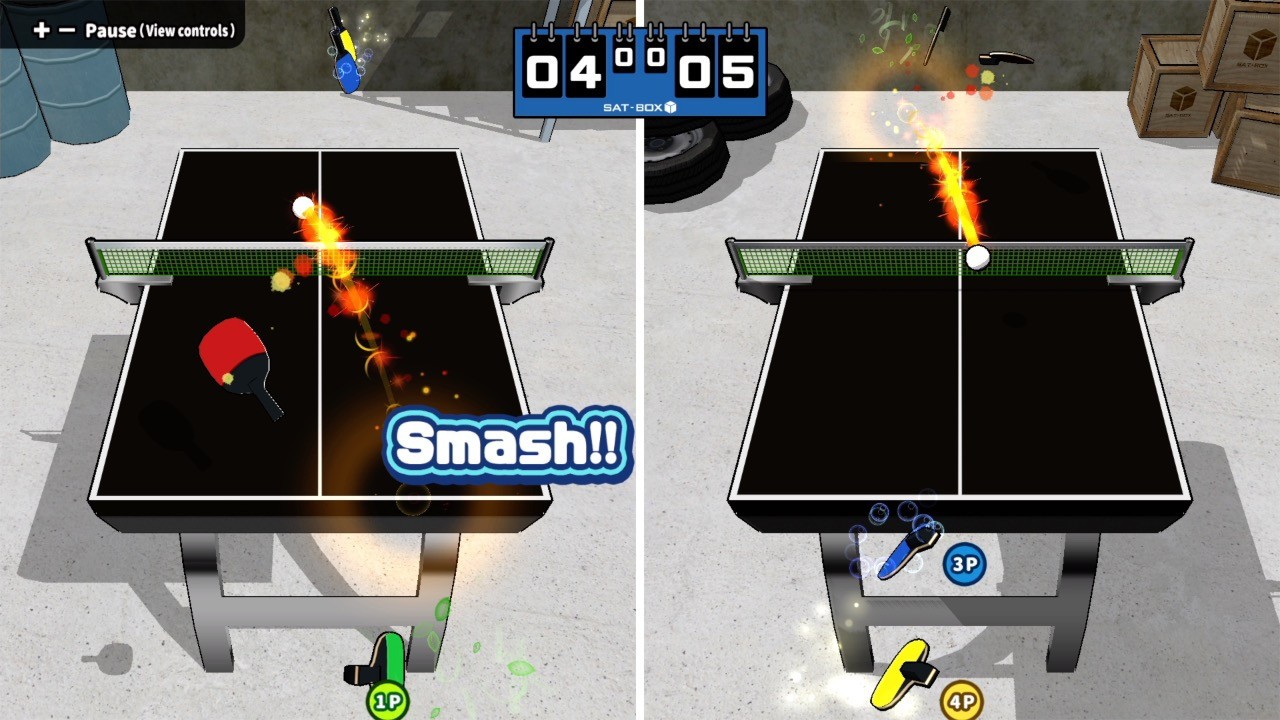 Friendly matches give you the option to choose between singles and doubles, besides the sets number. The first one it’s the already known classic 1vs1 mode, as the doubles is the 2vs2 where each player takes his own real time turn to hit the ball. It’s a little weird to watch the rackets swapping the main position every single shot, and it clearly wasn’t a good choice.

I don’t know why the developers chose this kind of gameplay instead of putting each player on its own side to “defend”. Sometimes you just need to keep it simple. It’s even more awkward with the mandatory split screen, even when you play 2 players vs 2 CPU. There isn’t a single good reason to keep everything divided since there’s no need to IA to watch its side.

Speaking of the commands, the key bindings are very intuitive and they let the player do a few different shot types like flat, cut, side-spin and drive. The matches can have a good length once you get used to the controls and understand the correct hit timing.

Going into the controls, I’ve simply loved the motion support. Yes, I’m the sort of person that really misses the old times playing tennis on my Wii and, even though Desktop Table Tennis doesn’t imitate the exact feeling, it’s a very good experience at all – but limited to horizontal directions.

Despite the fact you don’t have the same precision that Wii Remote led you to, you certainly are going to be much more agile making use of this. I’ve tried to play by using analogs and, even setting the racket speed to maximum, it wasn’t that fast. Oh, and my girlfriend told me the same thing. Yes, you really can notice the difference between all the available speeds, but you’ll always feel you’re not fast enough to defend your opponent’s shots.

Also, Desktop Table Tennis seems to be a little imprecise when it comes to the shot strength. We cannot control this, it’s fully automatic. There’s no way to increase or decrease the power, so it’s very easy to get your shot straight out of the table. And no, it’s not the player’s fault. You can try to get the racket closer or far from the net/table (if using analog instead of motion), but it won’t have any influence on it, and your chances to lose a point are still very high. 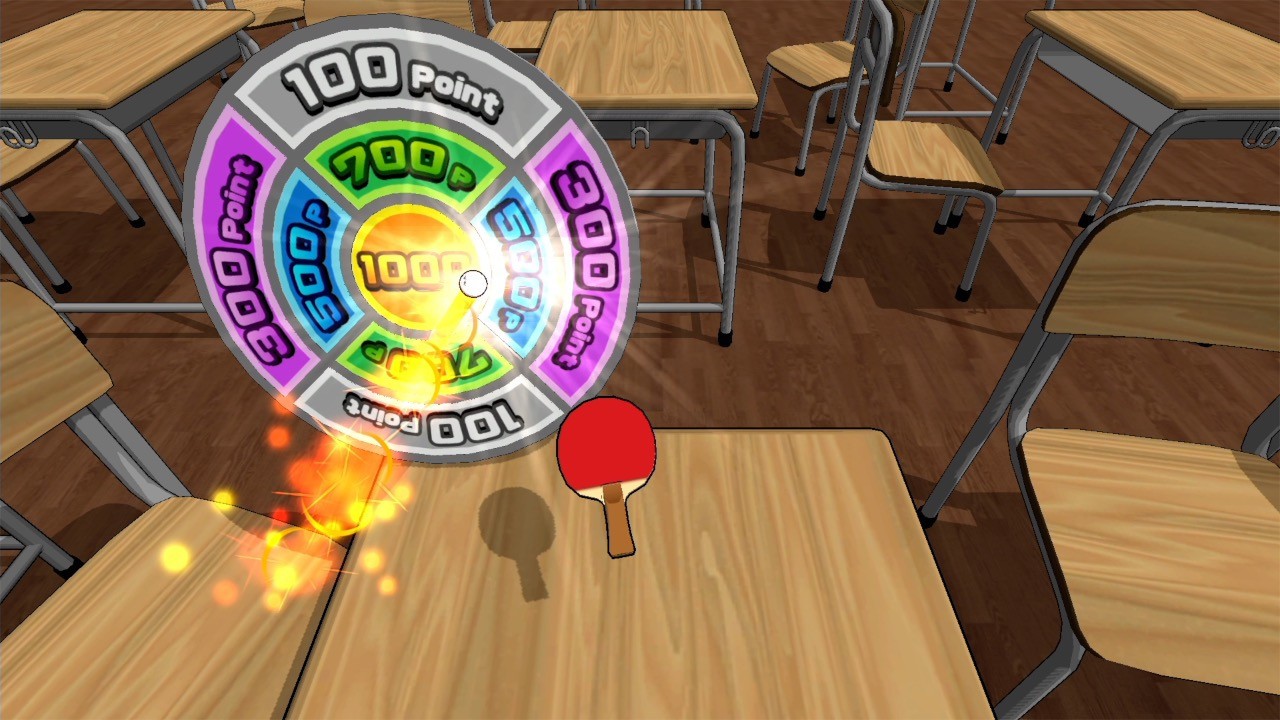 Going to the extras, Desktop Table Tennis has sure got unlockables, which expands the replay value. The game offers a simple game called Capsule Smash, which has a good quantity of unlockable nonsense rackets – like a baseball glove or a flip phone – with different attributes of power and control. To be honest, they’re nothing more than a cosmetical thing, because they all seem the same when you use them.

Additionally, the mini game section offers a quicker way to earn more money, but it requires a 3 hours waiting time to become playable again – bad choice. Whereas Challenge’s section is all-time playable and it lets the player enable a fine amount of new tables containing different types of tasks like “shoot ball through donut holes” or maybe “knock down a pencil case”. It may look like silly objectives, but trust me: it’s really challenging. Do you want replay value? Take that!

After all, Desktop Table Tennis is a perfect fulfilment for those who can’t find games of this genre nowadays. Even though it has some minor flaws, it’s a really good experience and it becomes funnier and faster due to its motion control support – assuming you like this. Do you miss the Nintendo Wii old times just like me? Go for it!