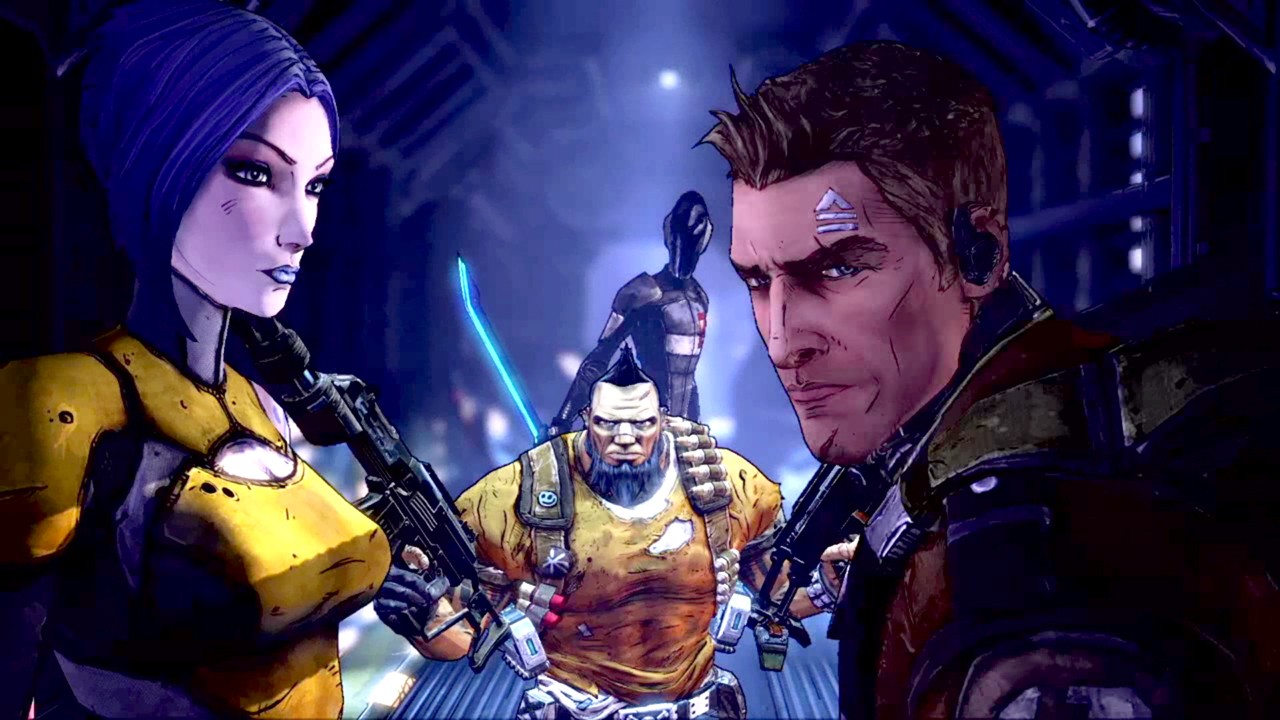 One of the things that surprises me about the Nintendo Switch, is just how much at home certain games feel upon it; even games that were developed ten, or twenty years, before it was released. I suppose it’s one of the things that makes the Switch such a great console. It’s something that were seeing more and more of as well, as developers begin to port over a wealth of some of their greatest back catalogue titles, with 2K’s Borderlands: Game of the Year Edition being a prime example. It’s a game that fits so well upon the Switch’s architecture, that instead of releasing just the original title from their series, the developers also decided to bring us more, as Borderlands: The Handsome Collection guns its way onto the Nintendo Switch.

Developed by Turn Me Up Games and Behaviour Interactive, with publishing through Take-Two Interactive, this collection of two titles comprises of Borderlands 2 and Borderlands: The Pre-Sequel. As well as containing the two base games, this collection also comes with all previously released DLC, although Borderlands 2’s Commander Lilith and Fight for Sanctuary have been woefully omitted. Despite this, with so much content available, you’re still getting over a hundred hours of gameplay; making this another great purchase and value for money. For those unfamiliar with the Borderlands series, these games revolve around the hunt for a legendary vault that was built by a mysterious alien race, the Eridians. Legend has it that the vault contains unspeakable wealth, treasures and advanced technology. This is where you come in, as you take on the role of a vault hunter in your quest to unearth the secrets of the vault.

Following on from the first game within the series, Borderlands 2 sees you return, once more, to the arid wastelands of the word of Pandora. With the planet now controlled by Handsome Jack, a new group of vault hunters have descended into the land in search of a different and bigger vault. This time around, you have six characters from which to choose from: Salvador, Gaige, Maya, Kreig, Axton and Zero. As in the first game, each character comes with their own traits and abilities; making it essential you pick one to suit your preferred style of play. Without giving too much away in the way of story-telling, what I can say is that you’ll come across elements that tie-in with the original Borderlands, such as a repatriation with the original cast. This in turn brings a nice connection if you’ve played through the first title and adds a good level of immersion as you form a resistance movement, known as the Crimson Raiders in order to take back the planet and reveal its secrets. 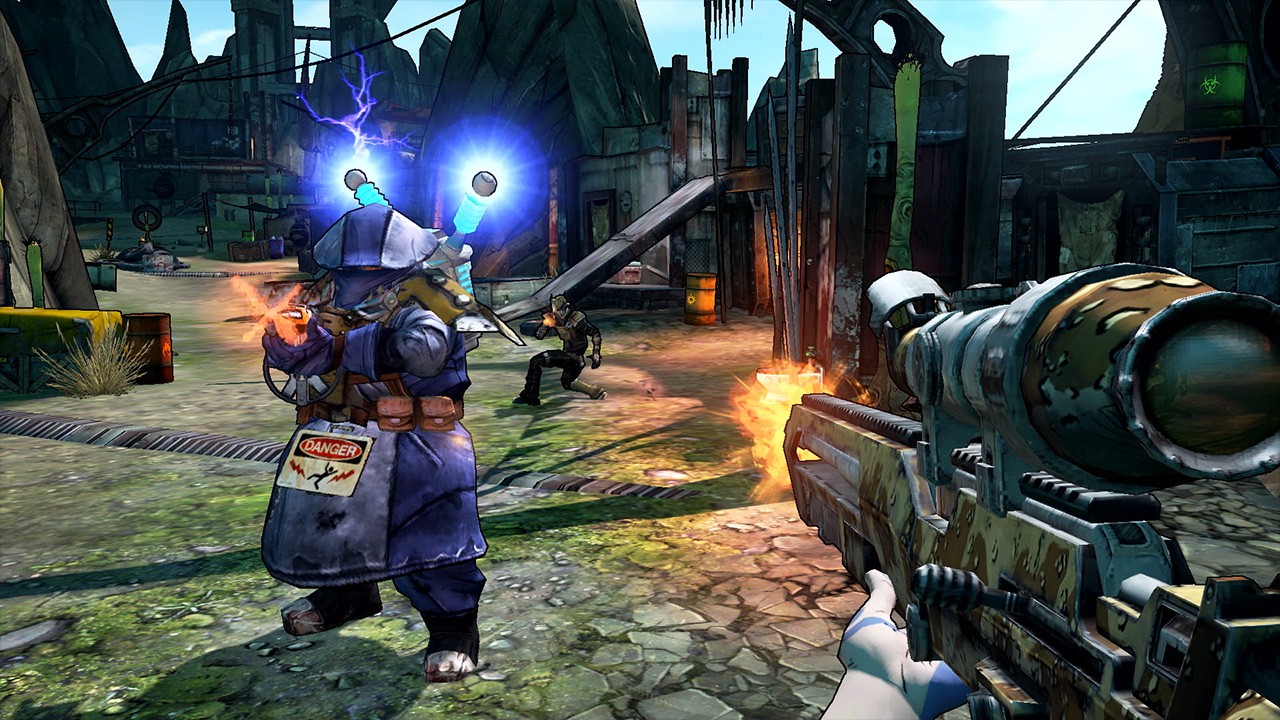 The second game in this collection, Borderlands: The Pre-Sequel is often referred to as Borderlands 1.5, as in many ways, it fills many of the plotholes that sit between Borderlands 1 & 2. Whether you prefer to play them in that order is completely up to you though. However, with this pre-sequel, we are introduced to, not only a new set of characters, but also to some new settings. This time around, we have four new playable characters: Nisha, Athena, Willhelm and in a surprise twist, the ever-lovable robot, Claptrap. Instead of taking place planet-side, this adventure sees us head to one of Pandora’s moons and the Helios base that is stationed there. Following a call for help from Jack, an engineer on the base, you set forth again on a journey to uncover a vault, as well as build yourself an army in order to wipe out a new faction, the Lost Legion.

Both games follow a similar template to the original Borderlands in terms of its shoot and loot mechanics. It’s one of the things that has made the series so playable time after time, with its procedurally-generated weaponry that simply runs into the hundreds in their variety. However, there are also a number of different elements that have been brought into the foray; particularly with the Pre-Sequel and its settings. Whereby health, and more importantly, medicine was an important asset during the first two games, the setting of the moon for the Pre-Sequel and its lack of oxygen brings in a more urgent need to keep your air supplies topped up. It’s a clever mechanic and one that drastically shakes up the template that some of us may have become accustomed to. 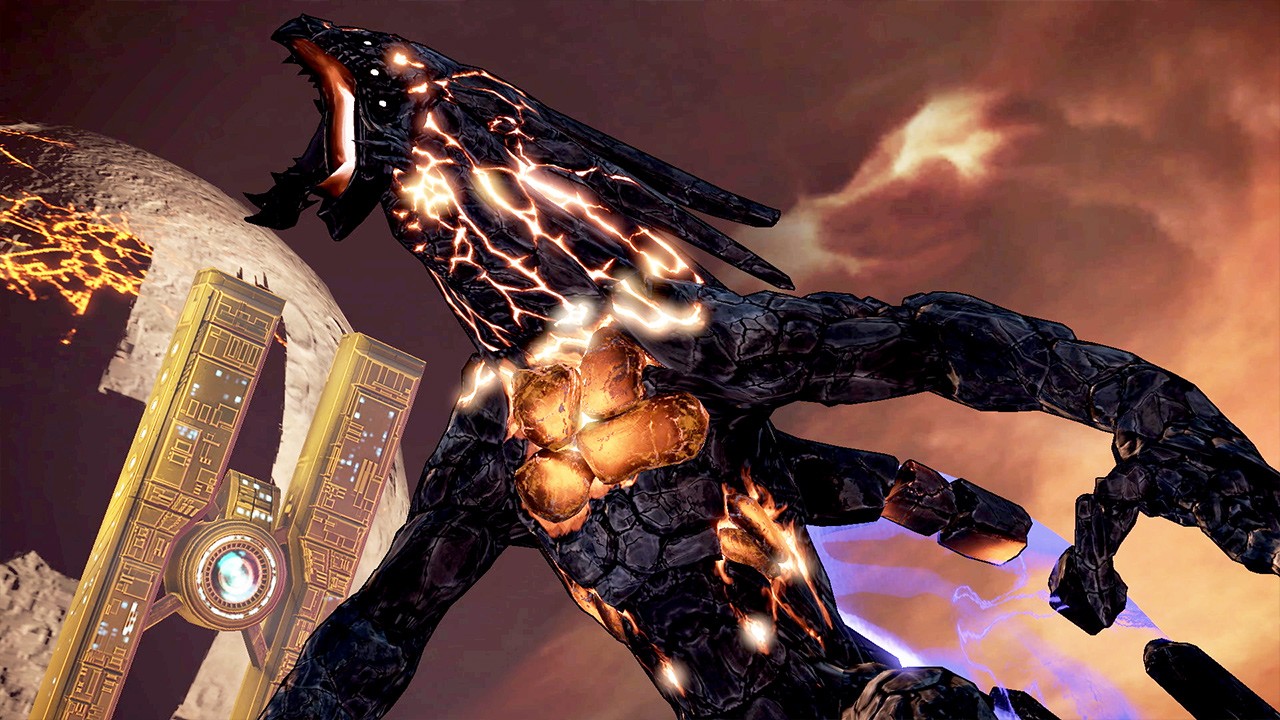 Both games retain the cel-shaded look that the series has become synonymous for and both these ports run at a locked-down 30FPS; the same as the recently released, Borderlands GOTY Edition. Both the games within this collection also run just as smoothly as the original and also bring gyroscopic aiming with them too, as well as a generous aim-assist to boot. It’s sublimely easy and smooth to control, not just in movement, but also within the shooting mechanics too. Critical hits, long-range kills and just all-out-mayhem with your rapid-fire SMG’s and AR’s are just a pure delight. The stories too, filled to the brim with story quests and side-missions, keep you entertained throughout and often on your toes as you deal with the on-rush of your AI opponents.

Although Borderlands 2 retains a similarity to the original game, but is still an absolute gem of a game and a real classic, the real diamond within this collection comes from the spectacular settings of the Pre-Sequel. It’s a far more detailed and beautiful place to explore and although is still locked at 30FPS, does show signs here and there as it struggles to maintain the visuals of this more detailed world. However, it’s never to the point of being a big deal and in all honesty, without looking closely, you’ll barely notice them, if ever at all. In large, textures remain bright and vivid, in both games and to be honest with you, both of these ports are some of the best to have ever come on to Switch. If you’ve read my previous review Borderlands GOTY Edition, you would have read that the PS Vita version of Borderlands 2 was one of my favourite titles on that system. Well here, on the Switch, the whole complete Borderlands series (No Borderlands 3 here though, sadly) sits perfectly on Nintendo’s console; giving each of the games on offer here a completely new breath of life.

Overall, Borderlands: The Handsome Collection contains two of the best games within the Borderlands series. Although the original game is an absolute blast, for me personally, I’ve always enjoyed Borderlands 2 and the Pre-Sequel more. Both play fantastically on the Switch, whether docked or in hand-held, although for me again, playing on hand-held wins outright. With a locked frame-rate, smoothness of control and some wonderful bright and vivid imagery, these are currently some of the best looking, and most playable, games available for the Switch. Honestly, opening up these games is just like opening up the vault itself. After all, they both contain the same thing: unspeakable wealth (certainly in content) and are simply treasures to behold. It’s time to lock and load vault hunters, as the worlds of Borderlands have found a new home, and none so spectacular as those found upon the Nintendo Switch.

Return to Pandora and beyond with Borderlands: The Handsome Collection.