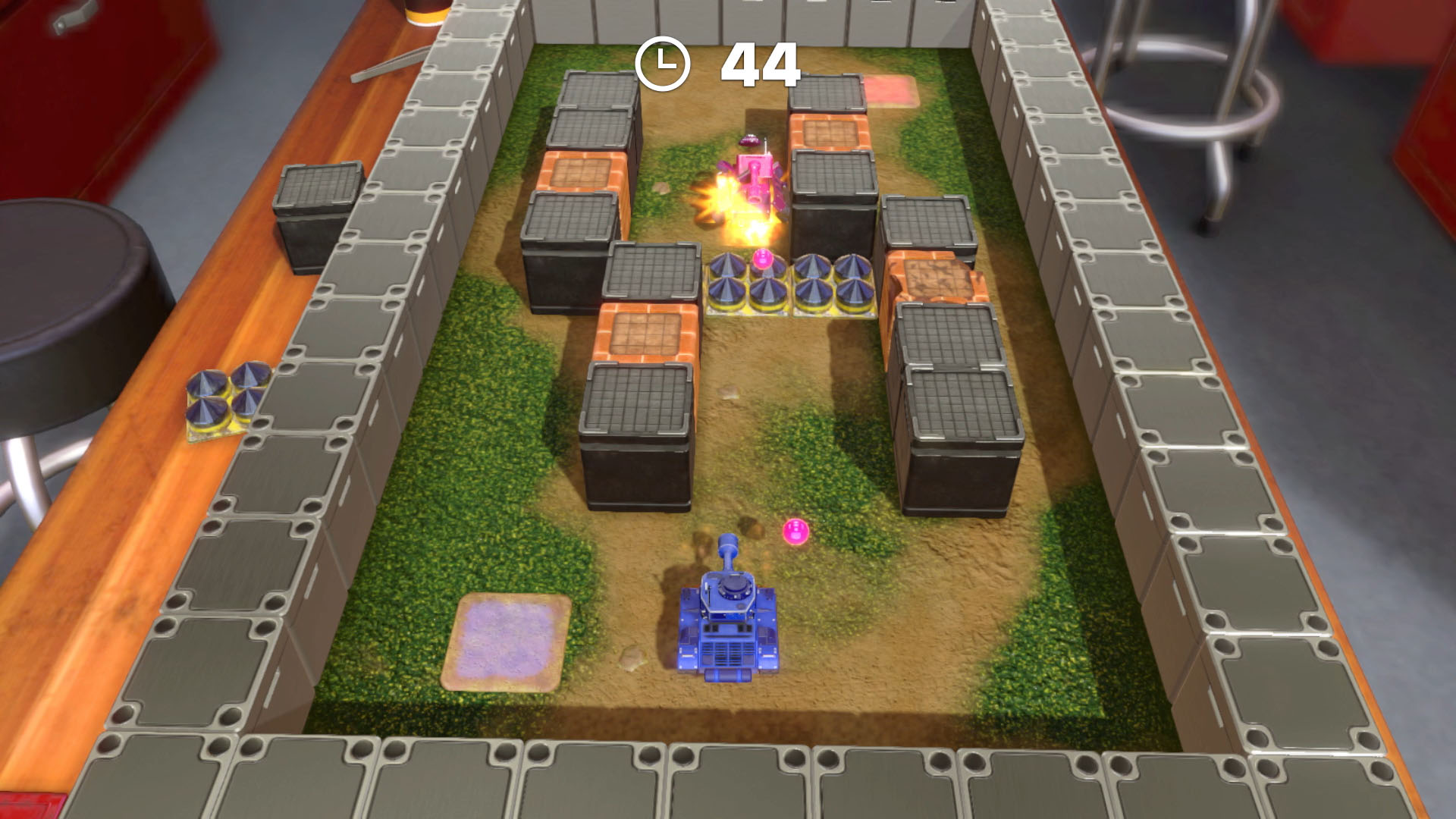 Finally. Checkers comes to the Nintendo Switch. Honestly, when Nintendo does some of these less extravagant titles, it sincerely makes me happy. Nintendo has changed a LOT over the 100+ years of their existence, but there’s some part of them that firmly remembers their roots. There’s a good reason you can still buy official Nintendo branded hanafuda cards when New Years encroaches: they’re quality, and people remember good goods. Perhaps the realization that we literally have Nintendo fans from around the world was the inspiration to create 51 Worldwide Games, or maybe just the notion that there was a good, interesting niche that needed to be filled. In any case, we have here a very literal set of games, and the verdict is in: it’s pretty freaking fun and put together well.

WIth 51 Worldwide Games, you have access to all fifty-one of the aforementioned enjoyments from the very beginning. Naturally, it wouldn’t be Nintendo if they simply threw together all of these titles into a quick compilation and called it a day. However, instead of creating some kind of RPG exploration or strange backstory, you merely get to see how these games are engaged by different avatars that pop up from around the globe. These avatars are your global guides, and they each have different voices (both literally and metaphorically) as they showcase or comment on some of the different games. There’s nothing particularly spectacular or special about them, but they’re nice to have: they act as a humanistic element within the world, and it serves its purpose very well. 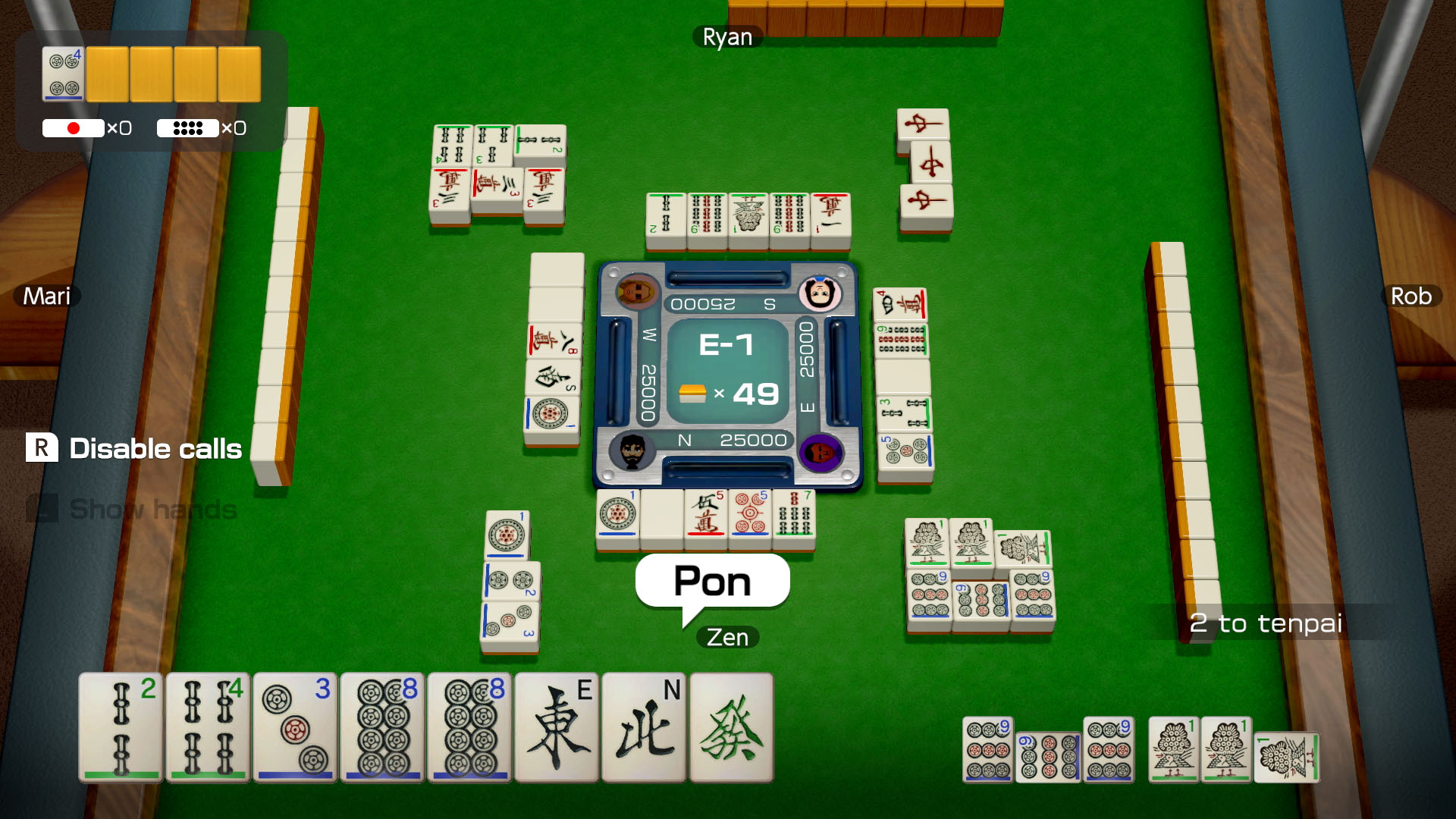 I immediately understand why Nintendo allowed all 51 games to be unlocked from the drop. No matter which way you slice it, there’s a very low chance that someone is going to enjoy each and every one of the 51 Worldwide Games that are contained within. The games range from the simple card entertainments of Solitaire (both regular and Spider), War and Speed to simple board games (chess, shogi and mancala, for example) to even funny little digital representations of larger games, like golf and toy boxing. You might need to rack your brain a bit to recognize some games and understand that copyright is very much a thing that Nintendo does not want to tread on in the course of creating this package. So while you might not be familiar with “Yacht Dice” or “Hit and Blow,” these games are visually very recognizable and you’ll connect the dots (much like you connect with Four-In-A-Row) and understand the games being placed here.

Once you get into the game world, there’s a lot to be enjoyed and seen without much preamble. Every game begins with a little dramatization of how to play while some of the global guides (and their family?) talk and act out moments within. You can skip these without a problem, which is good because they play every freaking time. Also, don’t get weirded out by the small doll global guides: they sort of remind me of the human beings that exist in Katamari Damacy in the cutscenes, and there’s a bit of uncanny valley going on there. Anyways, starting up a game allows for a sort of variance depending on which game you’re playing, and single-player will always allow for the difficulty to be shifted with a capped caveat. You can’t just set the difficulty to the highest rating without first earning it. If you want to show everyone that you’re the king of the ring, you gotta win against normal and hard boxers before moving onto amazing. Plus, the games that allow for more variance are pretty cool in customization. The sports games let you choose the number of holes or innings, the card games that allow for Joker inclusion can be toggled on and off, and the oddball card game President lets you turn all sorts of features except for the CPU letting you win. I’m freaking terrible at President.

Naturally, if you’re used to playing with certain levels of custom rules, 51 Worldwide Games cannot and will not accommodate that. For example, when I play checkers, I never have a forced engagement rule: you can just keep moving pieces behind the scenes and refuse to jump until you can’t wait any longer. I didn’t know this wasn’t standard ruling, so I was a bit upset to find out that’s not how everyone else plays checkers, and I had to jump. I mean, thankfully I still won, but that was a weird wake up call that I didn’t enjoy. I just leave that to the players as a general word of caution to keep in mind, because that might spook you on other games. Also, why the heck does War conclude after a single round? The whole purpose of the game is to amass better cards and really slam your opponent in subsequent rounds, while they pray they get a proper war in order to survive and get cards back. I hope that gets edited with a patch or something in the future because it’s a silly oversight to limit the game in such a way. 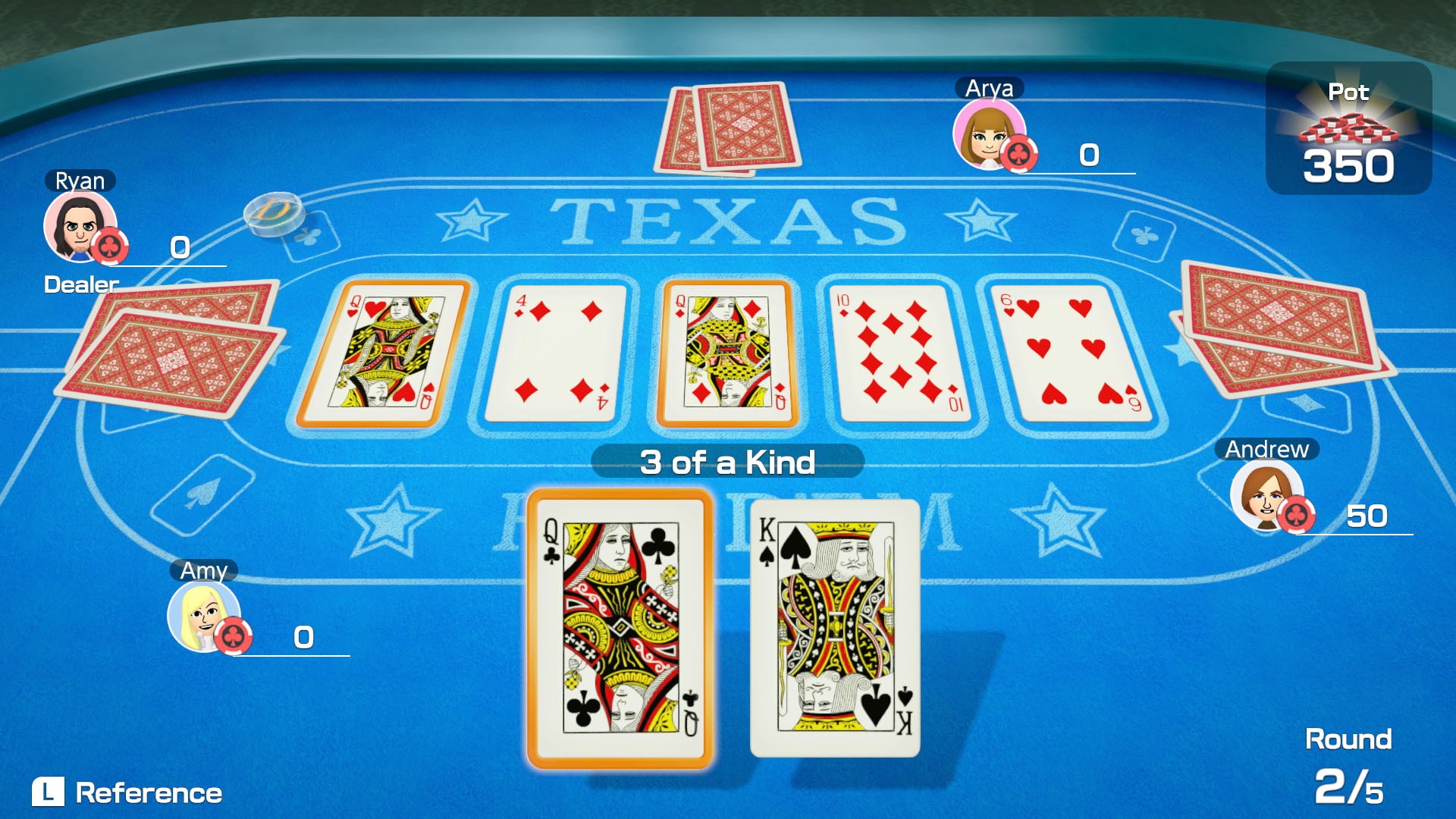 However, it certainly doesn’t take away from everything that 51 Worldwide Games does right, and the list is incredibly comprehensive. The single-player mode is available for every single game, with some decent CPU to help back up different difficulty levels (although I’m curious if I’m actually good at tanks or if I just got lucky). The input modes are available as either buttons or touchscreen for all games as well, with certain ones being that much better and more enjoyable in touchscreen format. There’s a very satisfying feeling about shaking a cup with your fingertip or lining up a billiards shot through dragging versus simply pulling back on the Joystick. This is also one of the first games in a long time where the experience feels seamless between playing on a full-sized Switch versus a Switch Lite, though I can clearly see some of the activities and games respond better with a regular Switch. For example, having the regular Switch and some friends means being able to utilize the mini piano application into a full-sized piano, which is both fun and frivolous at the same time. Seriously, you need four Switches, which comes out to roughly $1200 in hardware. You’re better off getting a decent keyboard for that same price and you have better haptic feedback. Still, I appreciate that the games are so well crafted, from cards to chips to balls and bullets, to make the whole package complete.

When it comes right down to it, Nintendo has taken what several other companies have already tried – putting traditional games into the digital space – and done it with a sort of nostalgic charm that makes Nintendo who they are. Half of these are games that I know incredibly well, and the other half are fun activities that I haven’t successfully played before (looking at you, Backgammon) but now have an opportunity to try. Carrom looks and delivers well in terms of feedback and accurate physics mechanics. Curling is somehow enjoyable despite my regular disdain for ice sports. Even shogi, which is so insanely strategic to try and figure out, is presented in a nonthreatening way that I really tried my best and lost fabulously. Players might see other companies trying to curate these titles that are ultimately free games to create digitally, but you get what you pay for. Everything in the 51 Worldwide Games collection is smooth, looks good and responds well. It even has a fantastic matching system so that you can play against other people somewhere in the world and enjoy the moment that comes from watching your opponent go on the attack on the chessboard. It’s a beautiful, meaningful package that expresses togetherness and celebrates individuality, and it emphasizes Nintendo’s biggest mission statement. Wherever we come from, whatever we do, we are united by our love of games, and that makes us all special in turn.

From flipping cards to shooting bullets, conquering boards to guessing colors, Nintendo has your gaming roots covered in this comprehensive collection.