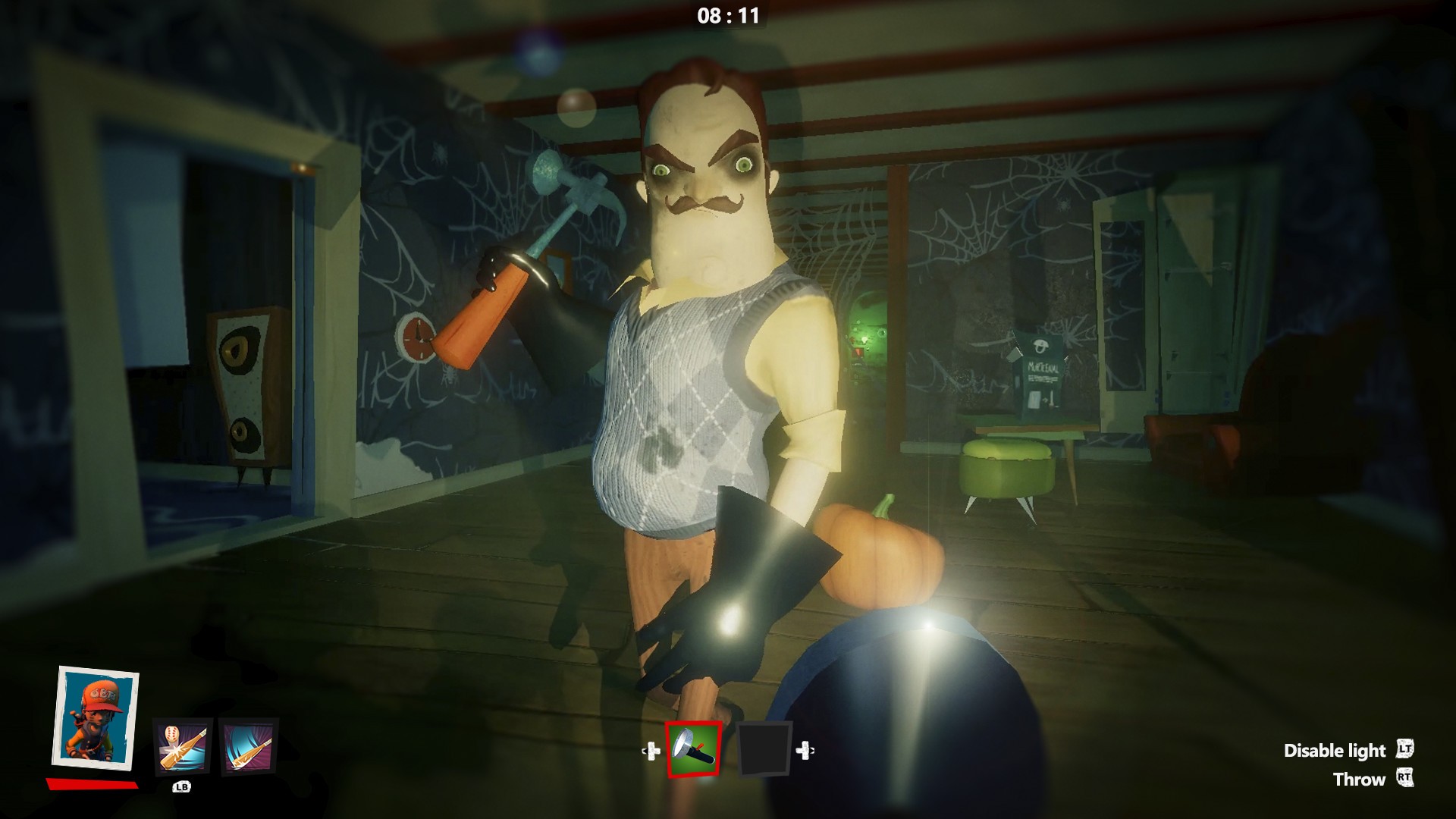 Secret Neighbor released on 24 October 2019 being developed by Hologryph and Dynamic Pixels. It was published by tinyBuild, a well-known indie publisher and takes part in the Hello Neighbor series of games, this one being a multiplayer extension to Hello Neighbor.

It first gives you the idea that you’re playing just that, following in the footsteps of Dead by Daylight, but mixes it up enough with its own twists to feel unique and a standalone experience.

Graphically it follows the artstyle of the previous game, having a very unique cartoony look to it, even though the game isn’t exactly child friendly. The aesthetic is so resembling a cartoon that the series was actually adapted to one. All the kids (playable characters) look different from each other and the Neighbor looks as cartoony as they do but with an added touch of creepiness. 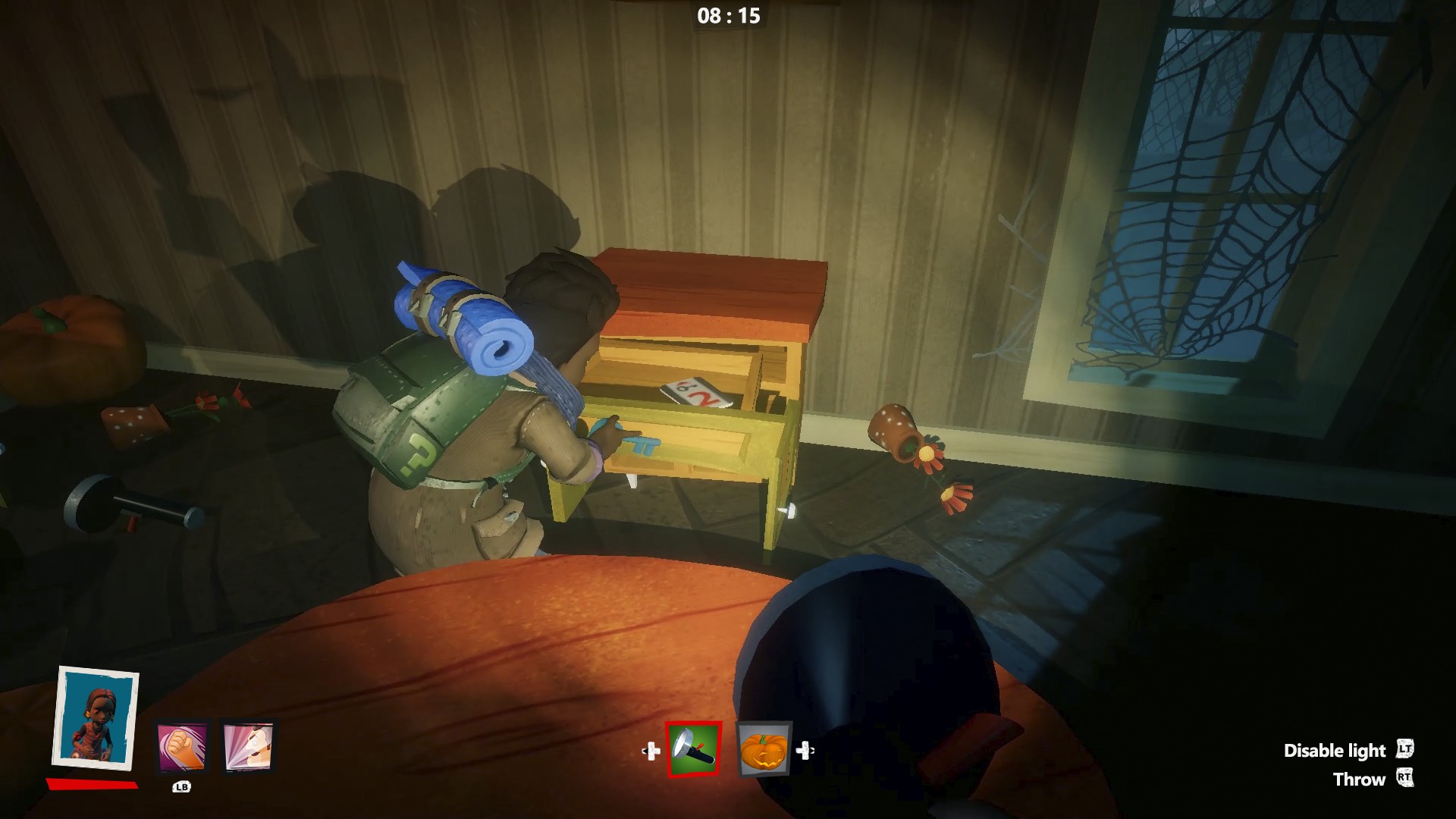 The game in general is basically an asymmetrical horror multiplayer game similar to games like Dead by Daylight, Friday the 13th and many others that spawned out of this trend. You either play as one of the kids or as the Neighbor. Your goal as one of the kids is to escape as soon as possible into the basement where allegedly another victim of the Neighbor is being held. This is done by collecting different keys that are scattered throughout the map. There are 6 kids in total in every match that can all have a different role. Roles don’t differ that much from one another except for certain items like slingshots, baseball bats, etc. These items are specific to certain roles.

The most interesting part of Secret Neighbor is the gameplay twist in every match. The Neighbor is actually a randomized role that’s given to one of the kids. Despite it appearing like it’s just another player the Neighbor’s goal is to not let the other kids getaway. This can be done through capturing them while also not getting caught as while you’re trying to dispose of someone you’re turned into the Neighbor form. One of the most interesting mechanics that’s used to avoid getting spotted is the Neighbor’s ability to change their whole appearance and username to a completely different character. This aims to confuse the other players. On the other side, kids can use different objects to stun the Neighbor but can never get rid of him unless he leaves the game. Even with the Neighbor gone the kids can still lose the game unless they’ve matched the correctly colored and numbered keys with the correct doors in order to then open the basement door within a certain time limit. Except for the normal mode, custom games are also an option. 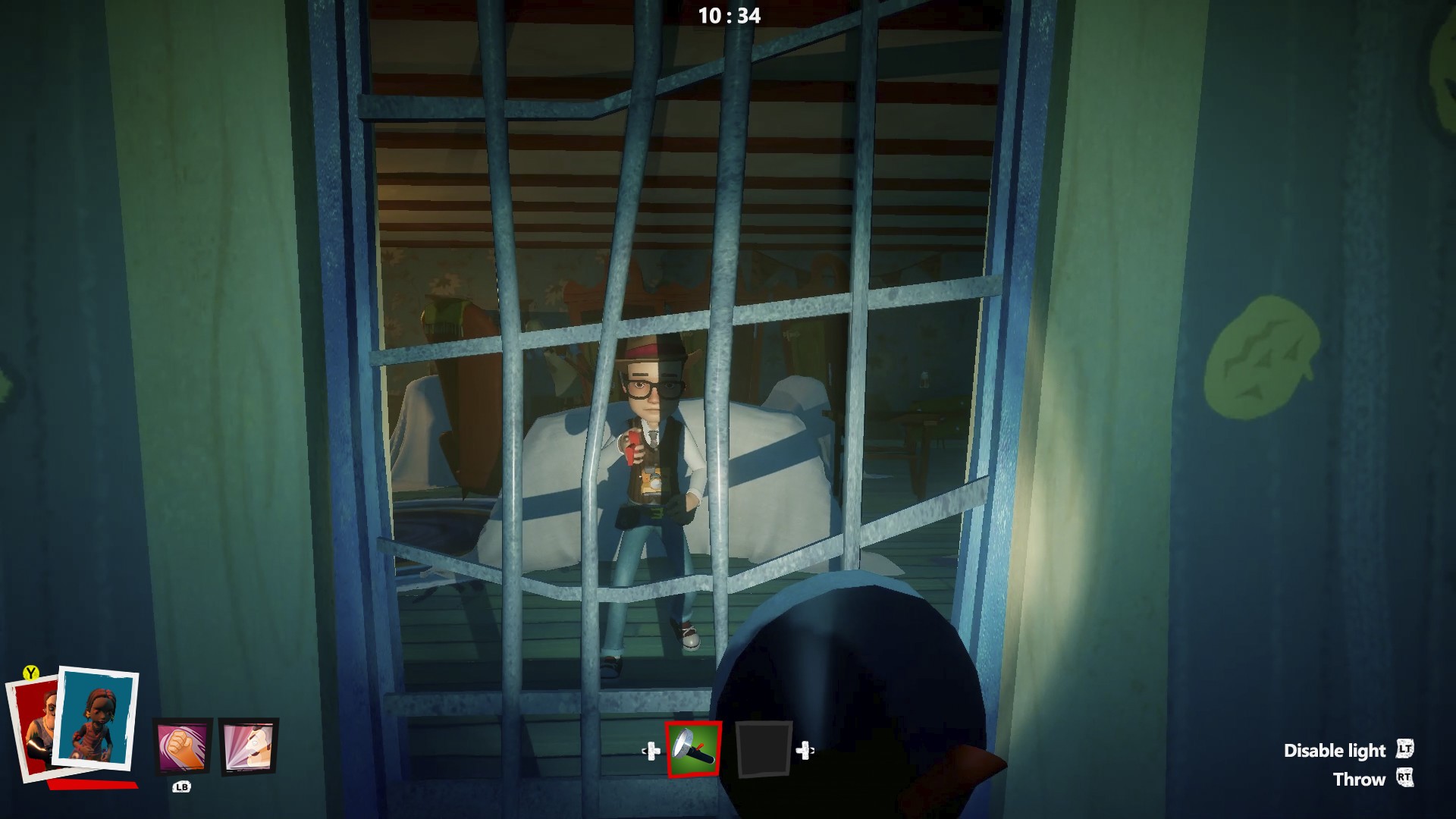 Sound-wise, the game really immerses you into the thriller/horror atmosphere that it has. The sound effects make you jump out of your seat whenever the Neighbor is nearby. There’s often crows cawing at the players and pointing at different spots where keys are located.

As for the accessibility, the controls are pretty easy to learn and get used to, but the main problem in this one is with the lack of any tutorial present in the game. This makes it a lot less accessible to a lot of people who aren’t familiar with Dead by Daylight or asymmetrical horror games.

As a multiplayer game though, this one is really replayable. You can try out all the different classes and even play as the Neighbor. Getting decent at the characters can be difficult at times, but I feel like that’s the point of any good multiplayer game. Aside from that you can always check out the in-game store and spend your currency earned in-game for costumes and other cool trinkets for the game’s characters.