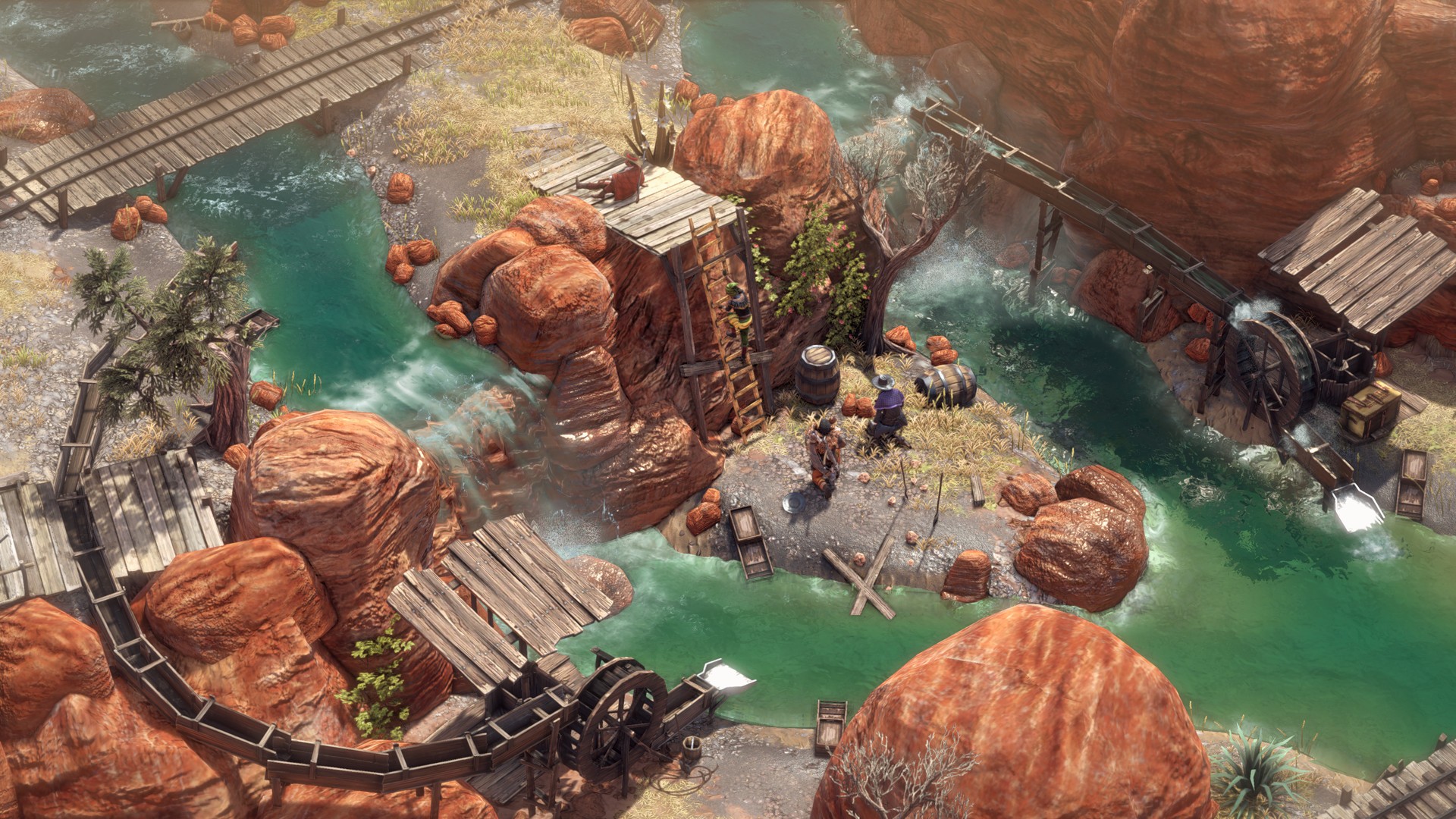 The Desperados series is one that spans across almost twenty years now and one that has almost taken a back seat in gaming memories gone by. It’s a welcome comeback to the gaming scene as Desperados III is now available to all PC, Xbox and Playstation 4 gamers. Developed by German studios Mimimi Games and published by THQ Nordic this is a product of development spanning some time as the rights to the Desperados name were acquired from Atari back seven years ago.

The developers have been clever here as a lot of gamers of this generation won’t have followed the stories of the past titles. So it is important to note that Desperados III is a prequel to Desperados: Wanted Dead Or Alive which was the first game in the series. The game follows and explores the original of the series’ protagonist John Cooper. As you may have guessed by the title and even possibly the name the game is set in the Wild West in the 1870’s and features various locations across America and Mexico. There are also other playable characters within this world and you’ll come across those as you play along.

Desperados III is a real-time tactics stealth game in which the five playable characters have different and unique abilities and weapons. Be aware though this game requires precision, decision making and specific pacing in the way you play. Sure you can blast your way through the missions with no stealth involved at all but this will not be fun to play and will involve a lot more enemies. Wild West games are pretty scarce in this generation with Red Dead Redemption 2 being the only noticeable nod to the setting however this is a totally different game to that. 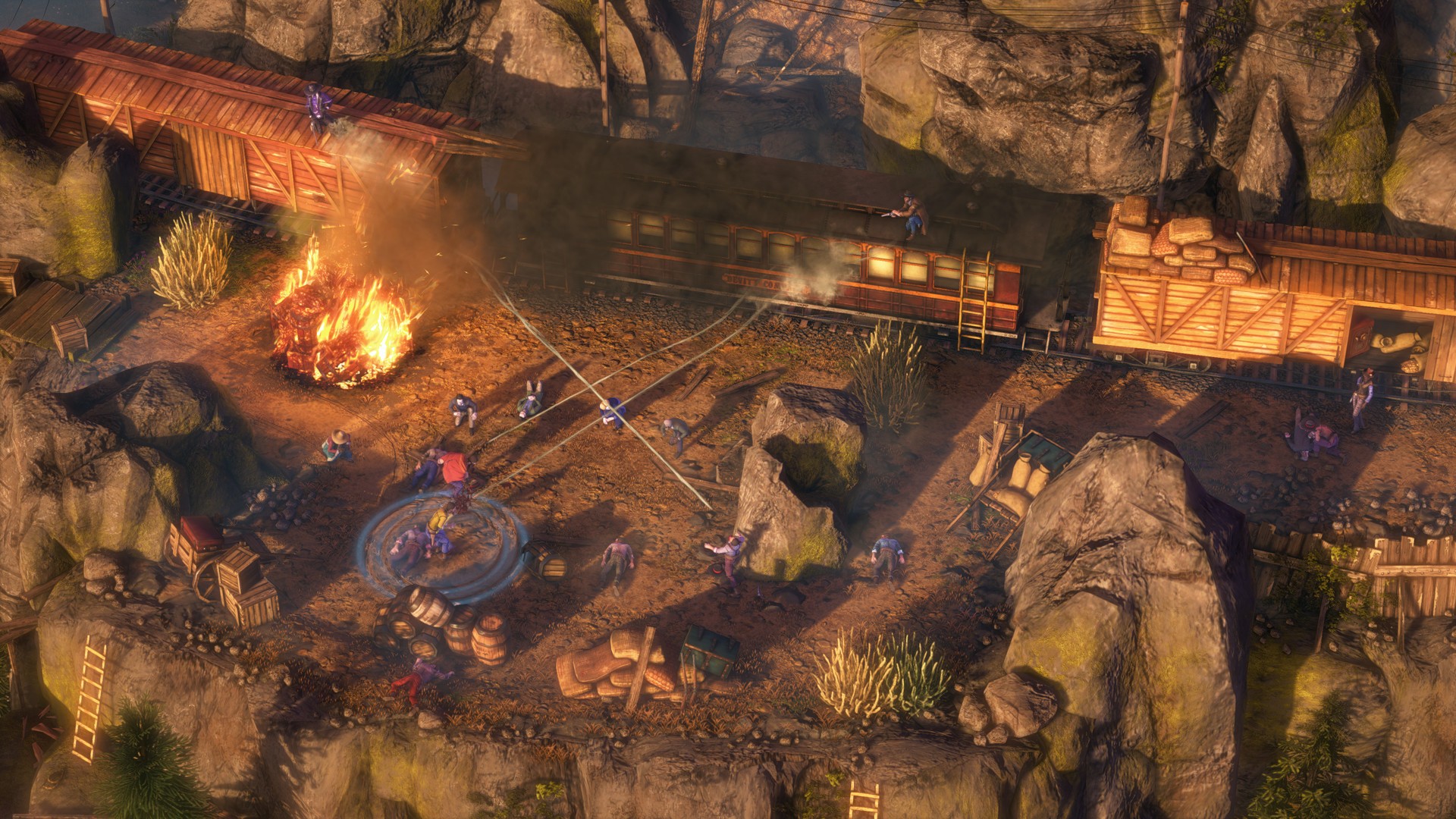 Now if you’re into stealth-type experiences such as the Hitman or Metal Gear games then you’ll more than likely want to give this one some serious attention. Now if I’m correct in saying that this is a first-time entry for the Desperados titles on consoles then it’s a good sign of things to come in future. The game sets you off almost straight away into a mini tutorial so don’t be worried about learning it off your own back as your hand will be held for a little while, at least to start with.

You’ll quickly learn that there are several outcomes to the scenarios you face. I found it great fun to scout out the surroundings and plot the next move. When I mentioned precision, this has to be in the timing as a split second error will have the enemy on your back pronto. What really pleased me was the constant nudge to quicksave the game, this comes in handy as you’ll be reloading the last checkpoint an awful lot if you’re anything like me. If a guard foils your attempts at getting through a section then if you’re a perfectionist you’ll want to reload the section and see what other approaches you can take. When you work alongside another character and pull everything off precisely to the letter it is truly satisfying. For example, you can use a character to work around two enemies talking to each other and as you distract them you can climb above them and send a heavy item tumbling down on top of them, crushing them to death. Whilst this is brutal, it’s a great feeling from the comfort of your armchair.

There are sixteen levels to work through in the campaign so taking it slow and steady and using differing approaches is going to accumulate hundreds of hours of gameplay easily here. Some of the levels will take you near on two to three hours to work through but it is never a chore with the quick save feature you can literally pick up from where you left off at any stage with ease. The game looks fantastic too with its crisp visuals and breathtaking animations you actually feel as this is running on a high-end PC. Now I am not sure if you can use the mouse and keyboard option on the Xbox One X which is what I was playing this on and sure it will feel better using them, however, the controller was spot on and really exceptionally easy to absorb as you work through the early stages. 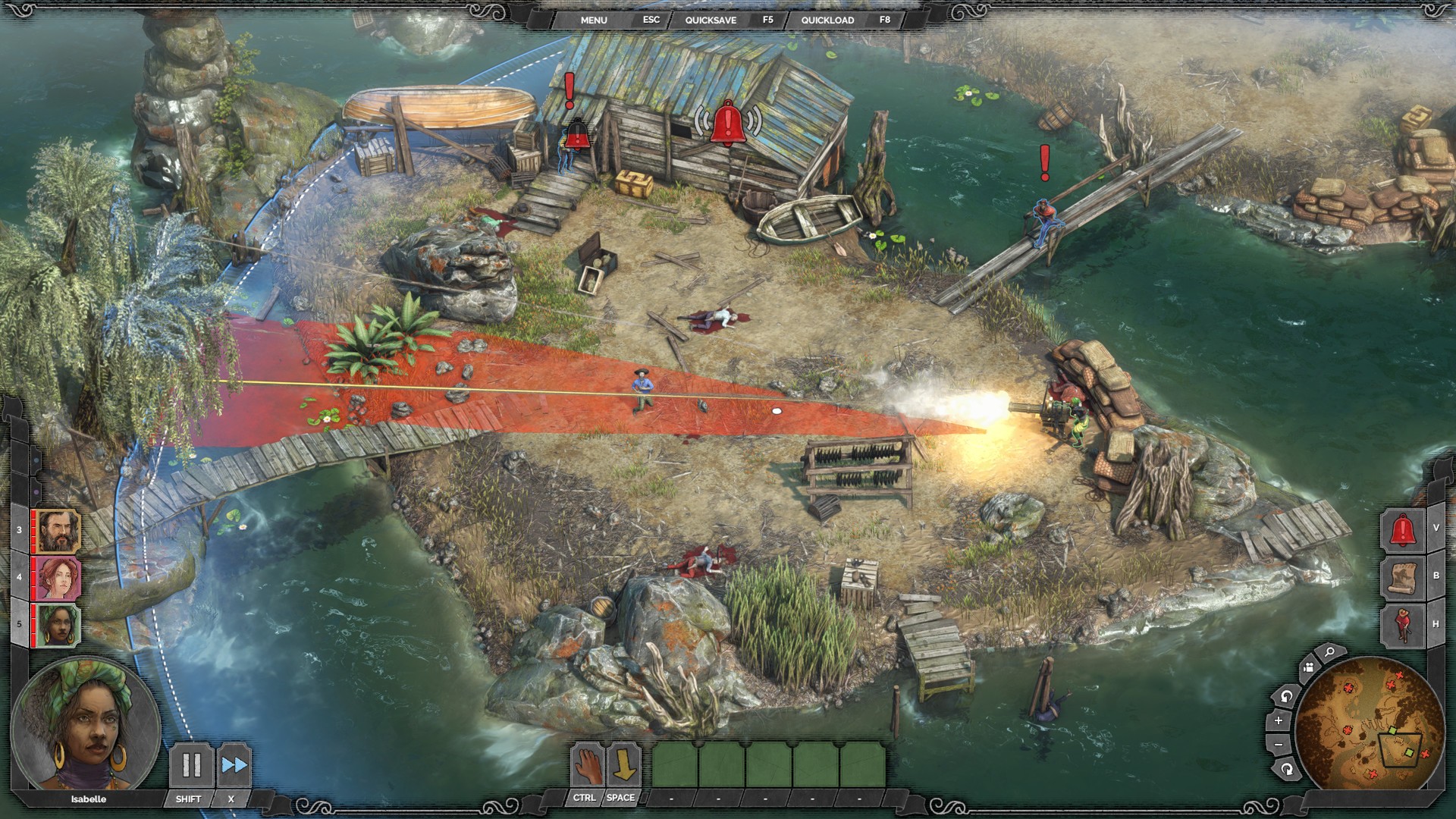 As with many stealth titles, there is always some sort of meter or suspicion level to go from before the enemy can sense your head poking out of a bush. Here there are simple indicators in the form of cones, these will start off green with lined areas that you can pass through without alarming the enemy. Stay in the solid green areas too long then the risk is the colours will progress from amber to red very quickly thus raising the alarm for everyone in close vicinity. This can become increasingly difficult as more enemies spawn in making way for a full-on fight. Stealth is the best and more satisfying way to work through the levels and it has been designed specifically for this method of approach. I’m sure a lot of you will be thinking, well is it turn-based like the XCOM series for instance and the simple answer is no. The game plays in real-time and you progress as slowly or as quickly as choose and the decision making is truly down to yourself.

The key here is taking advantage of distracting enemies with one character whilst flanking with another to make the plan come together like bread and butter. You can carry and hide bodies away in bushes and suchlike as obviously any normal human being would walk past a corpse without being alarmed. Interestingly the game takes a totally different spin when more characters with different abilities are introduced finding whole new ways to play through the levels you have already ticked off. The developers have done well here as longevity for me is key in games especially when you’re paying top whack you want maximum bang for your buck. You’ll be able to set your difficulty level before you start but be wary when I went back and replayed a few missions on the hardest setting there is no feature to pause the game to think decisions through which puts the pressure on for sure. One thing is for certain and that is when you have played through a level once a second stab is much easier as you know what you’re looking out for.

Overall I feel Desperados III has come at the most convenient time in the gaming calendar. At the moment there is a lack of attention-grabbing titles and this one has just plucked me from multiplayer competitive shooters and hooked me from the word go. I am going to be honest and state that I find it incredibly difficult to point out the bad factors of this game. The game is easy to understand, it looks fantastic and is brilliantly polished to perfection. The voice acting is on point too and I genuinely wanted to bond with the five characters I played with. I could go into the different character’s abilities and backgrounds but I still want to leave some of the game to you to peel and uncover yourself. There is so much to see, do, and a huge number of outcomes and approaches you can take to this must-have game. Don’t let this game sink into the catalogue and remain as a hidden gem you never took notice of, go and give it a blast!

Desperados III is a welcome entry to the console gaming world and is a unique stealth game that must be played by fans of the genre!