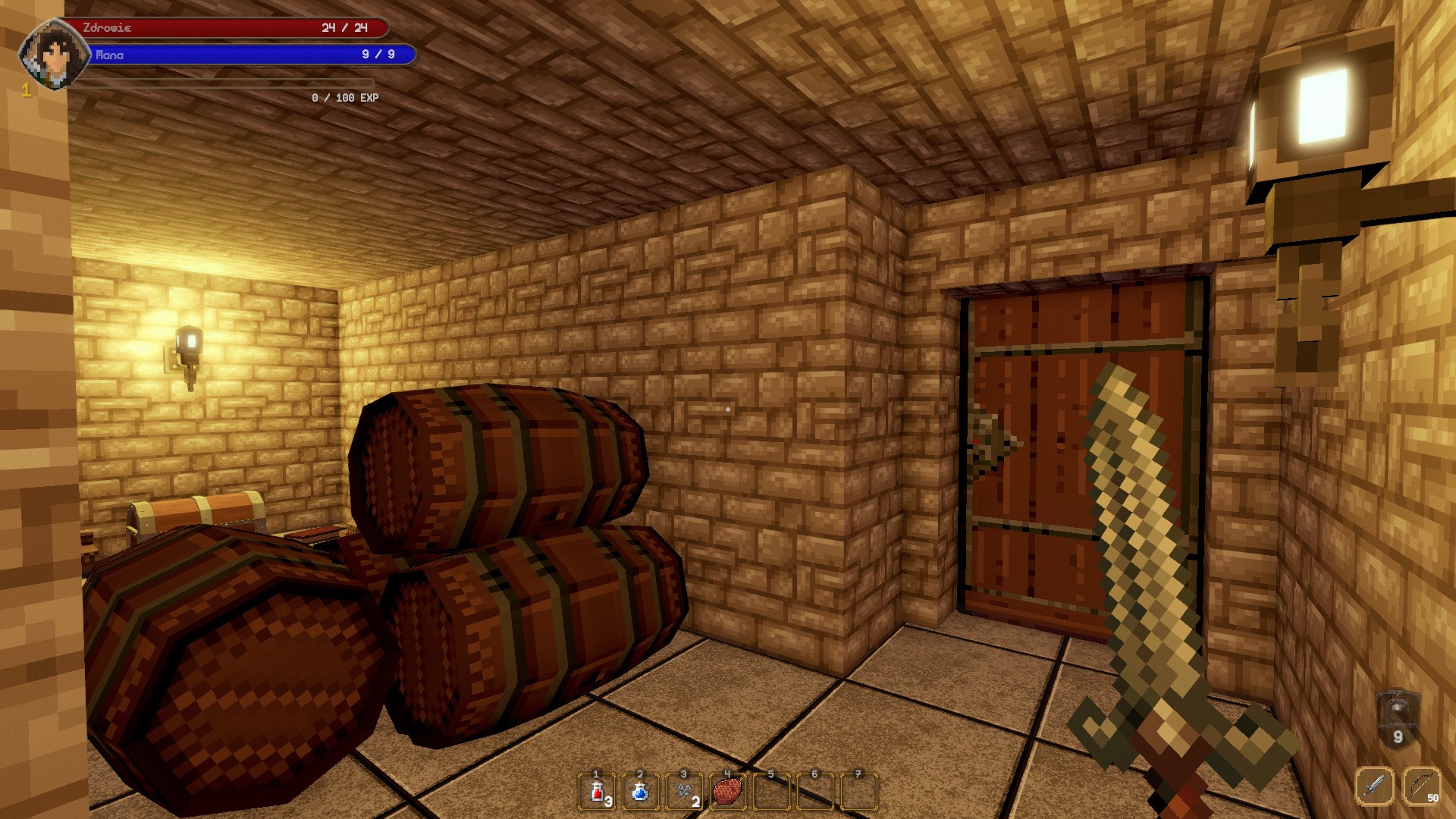 Pangeon is your casual dungeon crawler experience with roguelike elements which received a lot of praise for being loyal to the classic dungeon crawler genre. Pangeon was developed and published by Skrypious and Ultimate Games S.A who also published the well-known fishing game Ultimate Fishing Simulator. Pangeon is a nice addition to the dungeon crawler genre as it portrays the roguelike elements from a new perspective. There are things that really made Pangeon fun as well as some things that ruined the experience.

In Pangeon you are tasked to go on a suicide mission into a dungeon to wipe out all the monsters. You take on the role of one of the four classes available: warrior, archer, thief and wizard. Whenever you start off as a class you will receive skill points that can be used to level up the stats of your character. The stats can be anything from health, mana or luck. Depending on the class you have picked you will begin with a setup that matches your choice. An example of this is the high amount of strength you will start with when you play warrior; this is due to the warrior being a melee-heavy class that really relies on combat up-close. 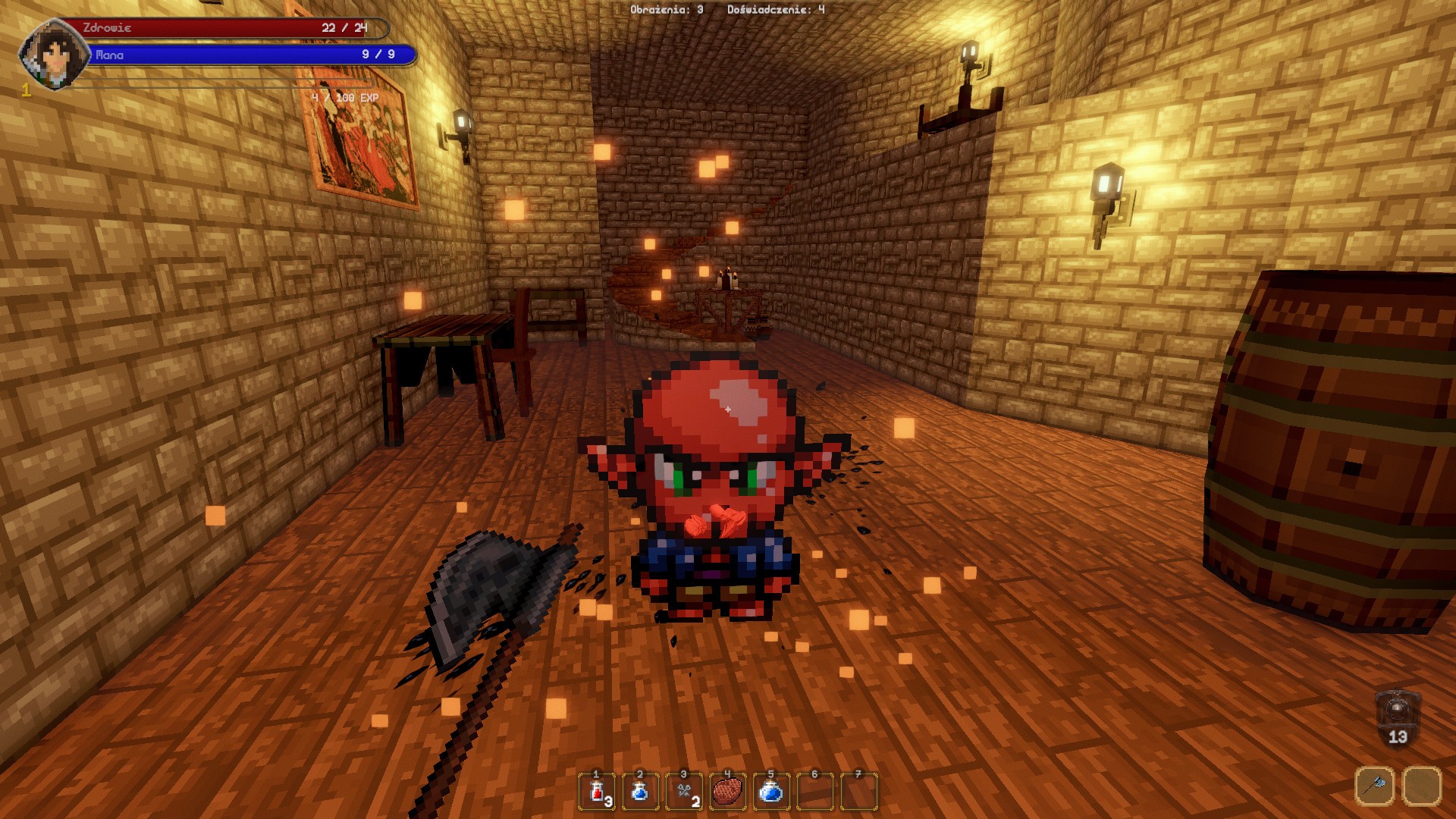 When it comes to the gameplay perspective of Pangeon, I find it to be rather unfair. When I played Pangeon, I selected the ‘normal; difficulty. I didn’t expect that much of a challenge at first until I encountered my first enemies. The unfairness comes from the hitboxes since you have to be really close to the enemies in order to hit them. This makes the classes that rely on ranged weaponry a lot superior. It also feels like the foes can hit you from a longer distance which is really frustrating since the combat has so much potential to be enjoyable. Other than that, you have to explore numerous floors of the dungeon in order to level up and look for gear around the area. Most of the rooms and hallways will be filled with enemies that will try and make your Pangeon experience a living hell. Leveling up is very necessary due to the unfairness of the combat, and doing so will grant you points which you can spend in order to increase your stats even further. Once you have cleared a floor you can proceed further by finding a hatch that leads to the next section of the dungeon. Eventually, you will be able to reach the boss stage which is even more ridiculous. It is basically the same struggle against the normal monsters but even worse. Due to the health and all the different attacks, the boss can pull off, the game isn’t even fun anymore.

When it comes to the roguelike aspects of Pangeon, I really think that it is too forgiving. After you’ve died, you can start off again on the same floor and keep your progression from that point. This really ruins the roguelike elements and doesn’t make it a solid candidate for a good example of the genre. 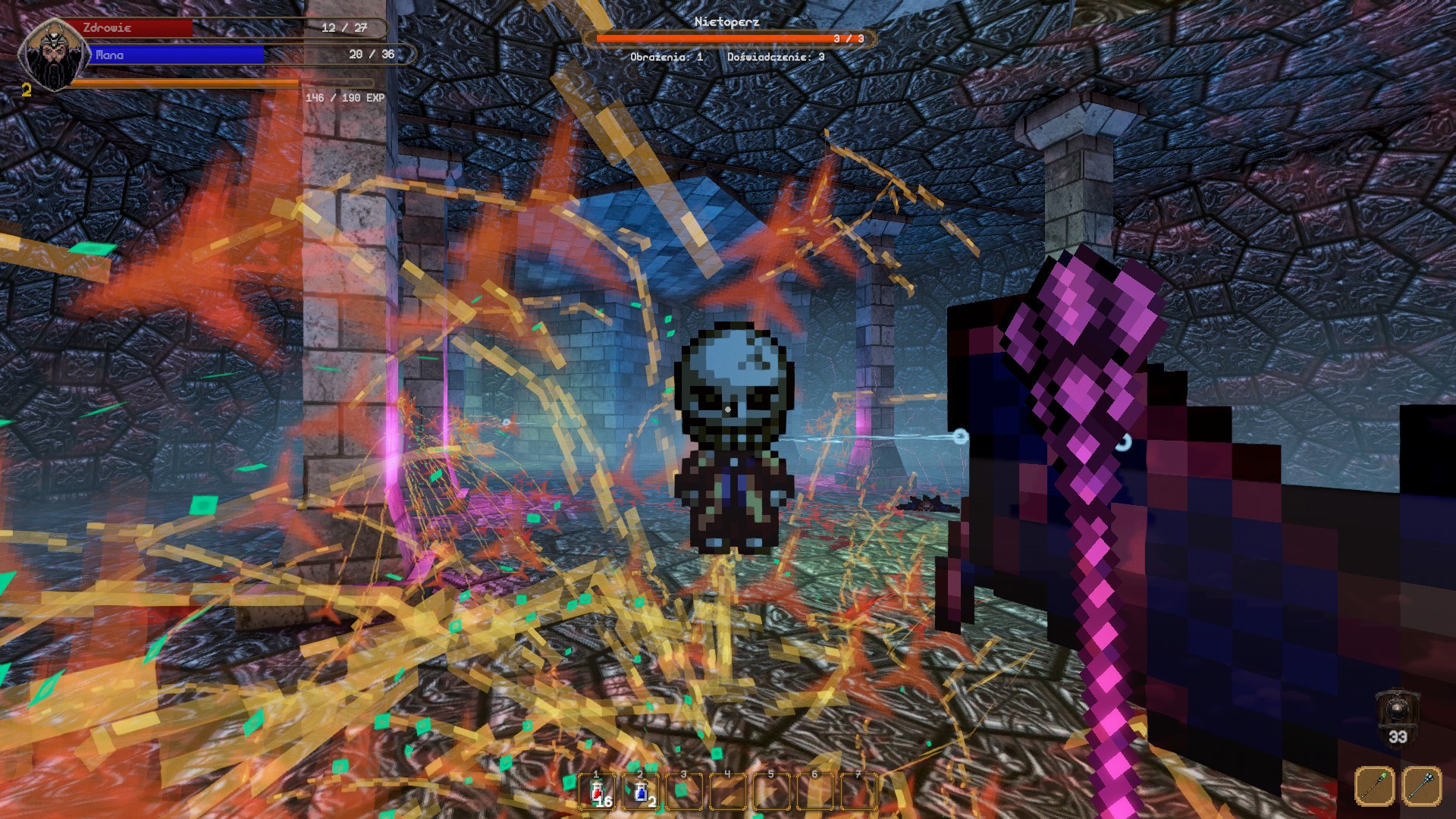 I will give Pangeon praise for the art style. The pixel art combined with the 3D models make it something really interesting. I would like to see more of the art style in other games but a bit more polished. The soundtrack is fine for what it is but could really be more interesting than it is right now. In its current state, the soundtrack is just boring. I don’t really advise anyone to pick up Pangeon unless you really want to torture yourself mentally with the unfair combat system this game has to offer.

At the end of the day, Pangeon could have been so much more than it already is. At this point, it feels like wasted potential. I really don’t advise anybody who wants to play a proper roguelike to pick this up!

At the end of the day, Pangeon could have been so much more than it already is. At this point, it feels like wasted potential. I really don’t advice anybody who wants to play a proper roguelike to pick this up!