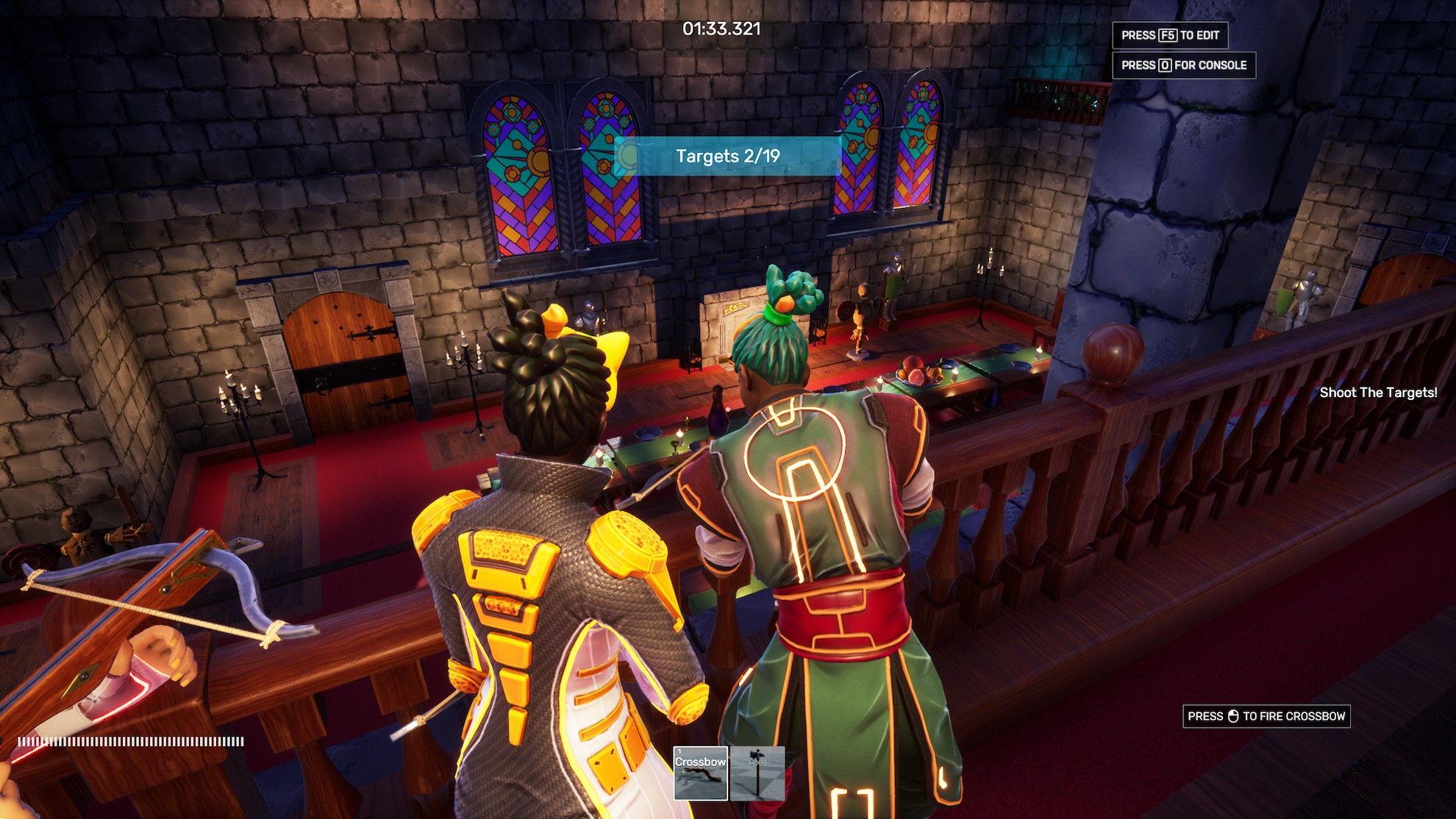 Google Stadia is growing a slow but steady lineup of “first to Stadia” titles and kicking off the month of July 2020 we see the arrival of Crayta. It is important for me to state straight away that if you are a Google Stadia Pro Subscriber, you can bag this for no extra charge. If you decide to purchase it without being a subscriber or once it comes off the Pro games expect to pay £29.99 (UK Price).

Crayta is actually probably one of the most intriguing games to come to Stadia, and not just because it’s first to the platform before anywhere else. If you have ever heard of the game Roblox, then you’ll know that it is predominantly aimed at children. Whilst we all frown and giggle at its childish nature, it actually brings a lot of creativity and replay value to its audience. Essentially, that game is all about players creating their own worlds, games and challenges using the creation studio built into the game. Players are then free to play other people’s creations, of which there are literally thousands.

Crayta is built on the same premise here, but I’d say that it is built for an audience with a wider age range. It is more appealing to adults as well as the younger generation. Crayta is developed by Unit 2 Games who are based within the UK. The aim of the team is to bring players together from all ages, abilities and backgrounds to create multiplayer games and share them with their families, friends and the rest of the world.

What is clever about Crayta is that with the power of the Stadia cloud players can jump on and choose whether to create their very own game for others to play and stumble upon or go on and play constant different creations from others. Basic casual gamers need no experience of coding or editing as there is a simple, intuitive menu system to be able to build and create your own ideas. You will be able to create a simple multiplayer game in 15 minutes or fewer. More advanced developers will have the ability to create more complex games using Crayta’s analytic dashboards with even a potential to earn revenue share from the developers. The opportunities here are endless and the beauty of it is with Stadia with a strong Internet connection there is no worry about downloading more data, expansions or patches and there is the knowledge of more and more being added as the life of the game expands. 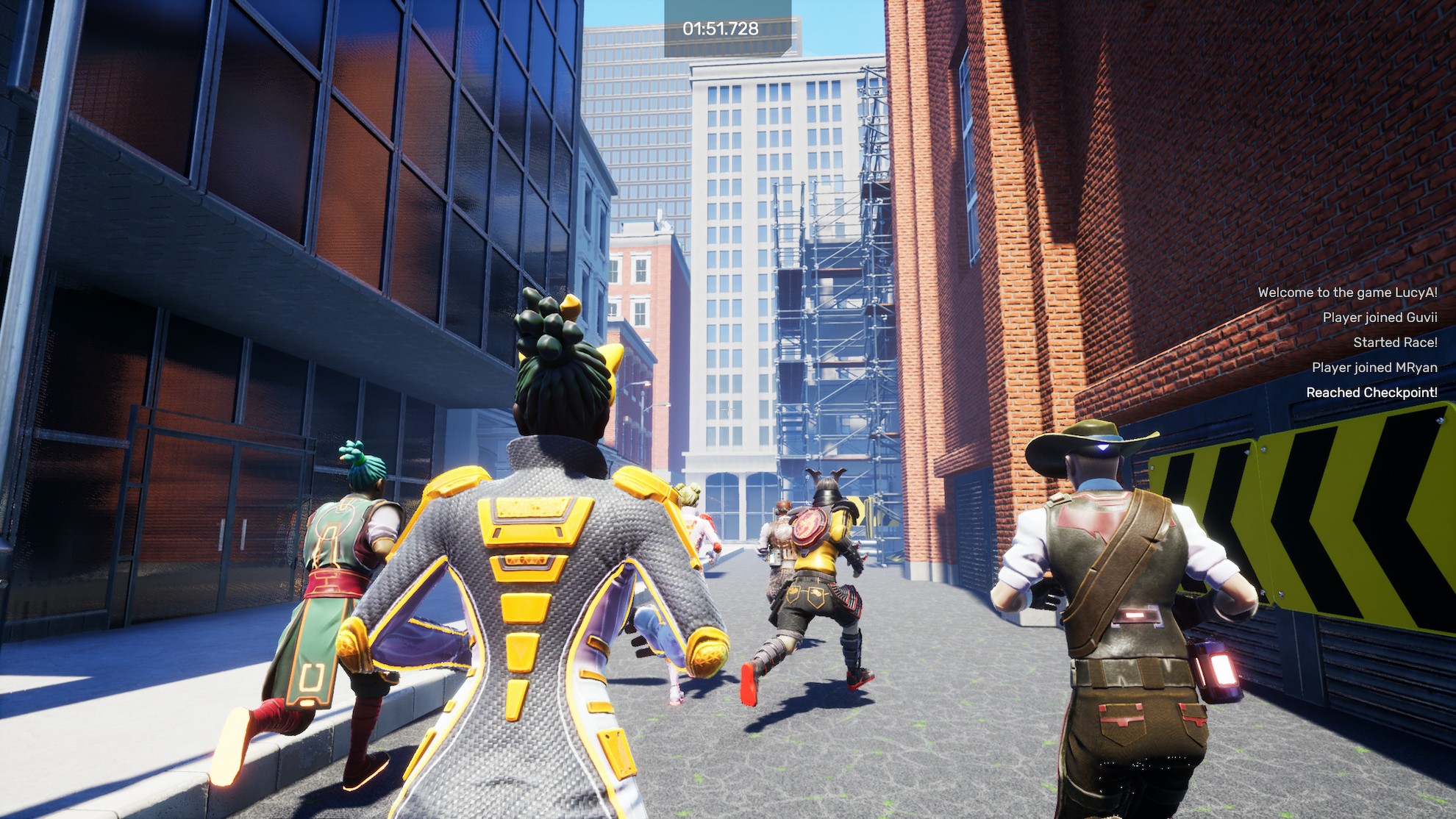 Crayta will start you off by creating your own personal character, which you’ll be able to customise on your journey through playing through different games. You’ll be able to change your hairstyle, outfit, eye colour and what you wear with shed loads to unlock as you level up through experience points. The characters remind me of something similar to those of Fortnite, which kind of makes sense as they are both built on the Unreal engine. Once you’re done here you will get your creative cap on or dive into the large catalogue of other people’s creations. This is where players are critical and key to the success of this game as they are essentially what feeds its servers. Without creations, players to fill the servers and new content, the game could be killed off similar to what we saw with Project Spark a few years ago. How this will sway is hard to see at present as there is no official word on the size of player numbers on Stadia. What I will say though is I found plenty of players across many of the games that I attempted to try and even formed new friendships, which is a first for me on any Stadia game.

The first game I tried out was in a category of the most played titles at the time and this pitted me against 5 other players in a supermarket and the objective was to rush around and find the hidden cash before the other players. It was really fun whilst casual the objective gives you the competitive edge to try to win. Another game was identical to prop hunt on Call Of Duty where one person starts as the hunter trying to see where the people are hidden as props, for instance a chair, a cardboard box or a telephone amongst so many other items. The other players had to stay hidden for a while and the more you moved, the more points you accumulated towards winning the game. There are so many different creations I could fill pages and pages of text telling you all how they played and whether they were good or bad. I finished my time with a game titled Trench Warfare which was like a free-for-all deathmatch with weapons negotiation, a maze of trenches, most kills wins, simple but effective. Not every game you jump into will satisfy your fun factor, but that is part of the enjoyment almost similar to working your way through a pile of dvd’s but the collection is never ending. What was underwhelming here was jumping into the lesser known games and no one was playing them. This is why you could do with friends joining or attempting to add some to join other games with you. Luckily the community here has started off strong, and I was getting various invites to different experiences so I could keep following the crowd. I do hope this carries on and the game develops into a huge community because early indications are promising for this title.

It really helps if you do have an interest in the creation element rather than just playing, especially if playing alone as it will add to the longevity for you. We have all dreamed I’m sure of what it would be like to sit and play video games all day for a living; I do even now and I am 34 years of age with a mass of responsibilities and endless tasks in real life. But a true gamer must have thought what it would be like to create your very own video game, and this will be as close as you’ll probably ever get unless you’re already in the field. Thankfully, the developers have realised that we aren’t always experienced gamers and have thrown a lifeline to new players with intuitive hand holding and will teach you the basics with some detailed guides to push you on. The editing mode will look very overwhelming to those who have experienced nothing like this, but I’d urge you to just take your time as getting to grips with everything on offer here is part of the fun. You’ll find that a lot of coding is preloaded for you so things like timers, scoreboards and suchlike aren’t majorly difficult to upload into your creation. The fantastic thing here though is the game will be ever expanding so more and more will be added as time progresses. 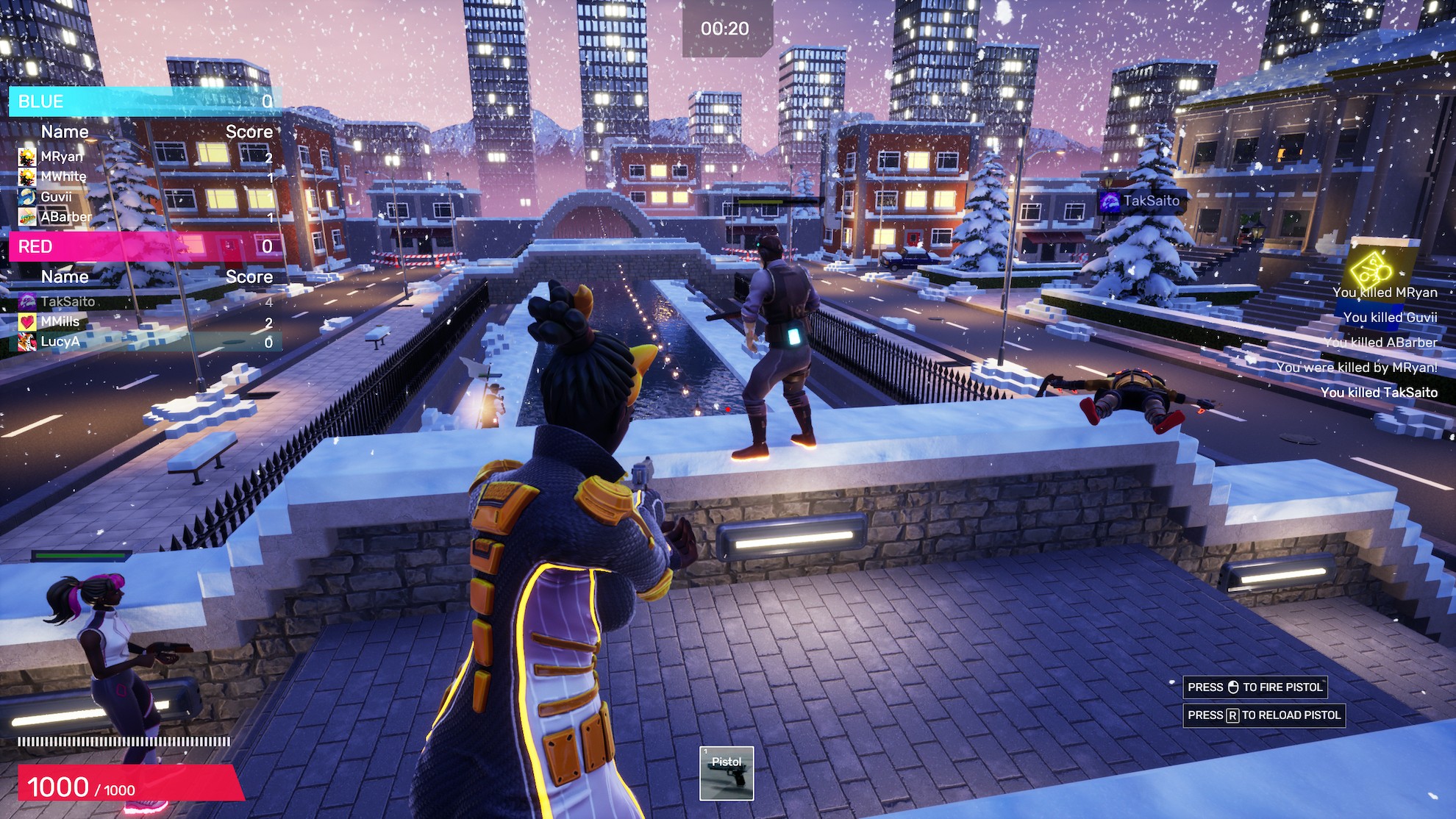 What I learned during this whole experience which I only found after reading more into the game was the fact that something called Stadia State Share Beta has been added to this title. What this means is that if you are streaming the game, you can drop a single link to what you are playing and players can instantly join the fun by clicking the link. This will be successful for the streaming community out there and people using Reddit and Discord and other social media communities. One thing that I’m sure the Crayta team have considered is the security support for the game. I have often heard stories of children exploited on Roblox or using their nan’s credit card to buy in game currency. You’ll be glad that there are reporting features and moderation tools added to Crayta to protect its players and community.

The only critical point I have is the rigidness of the characters and sometimes movement could be a bit clunky and frustrating, but I am sure this is something that will be worked on over time. Yes, the creation of games is difficult and often a mountain to climb with some factors, but it is something you can develop skill wise and you’ll create and changing things for hours on end.

Whilst it is impossible for me to taste everything Crayta offers as it literally is never ending, I have to say that Crayta has a promising roadmap, with continued support, updates and community standing, it can become one of the best Google Stadia titles there is. However, this will only ever be achieved with a fairly large amount of players frequenting the game and they need to build on this.

Crayta makes up a first to Stadia title that pushes you towards a library of never-ending games and the opportunity to create your very own games!